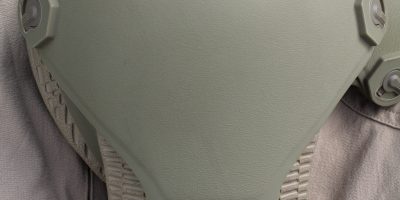 The ‘rona kept me away from home for a while but I finally managed to get this layout done. A few rare birds in there I have to say.

For those who might not know how these work, I post all the new arrivals since the last layout in this format. I don’t often sell on gear so almost all of what you see will be featured here and on the blog site with detailed pictures and information. However I am working at a very deep backlog so it’ll be a while before this specific stuff makes it in to the limelight.

Apparel wise, as is pretty much the norm for me these days, the only commercially available item here is the Summit chino/slacks from Atlas Standard, the rest is sourced from a wide variety of places covering pretty much any online ‘thing’ apart from a regular retailer web store.  On the other hand all non-apparel items shown (minus the helmet hut) are straight from regular online stores and manufacturers’ websites.

I am largely just a collector these days but ultimately I got in to collecting through playing airsoft and I want my gear to be as comfortable and all around easy to use as possible, especially where some items double up and get used for work.  What I’ve found over the years is that for most sporting or hobby usage any uniform made in the last 40 years or so (i.e. 1980+) will work just fine, as a uniform is passive in the sense that the vast majority of the time you simply wear it and it covers you up, you only occasionally interact with the pockets.  When it comes to any type of equipment carriage rig or weapon accessory however interactions are more frequent and the quality of them more noticeable; for example, a cheap nylon universal holster from the 90s with a press stud fastener is going to be much more noticeable in use vs the G-Code OSH, there’s more of a difference there than with an 80s BDU shirt vs a Crye G3 field shirt.  Granted that would be ignoring climatic considerations to a large extent but the scenario here is short duration recreational usage.

Also in the gradual process of replacing some of the hodge-podge airsoft guns I have picked up my first RIF in a while in the form of the TM M45A1, which is taking the place of another Marui 1911 that was literally built from scratch and works great but looks pretty awful.  A TM 1911A1 was actually my first ever GBB pistol and for those of you who play and want the very best performance with a slim grip and don’t mind less gas capacity the TM M45s are the unrivalled option.