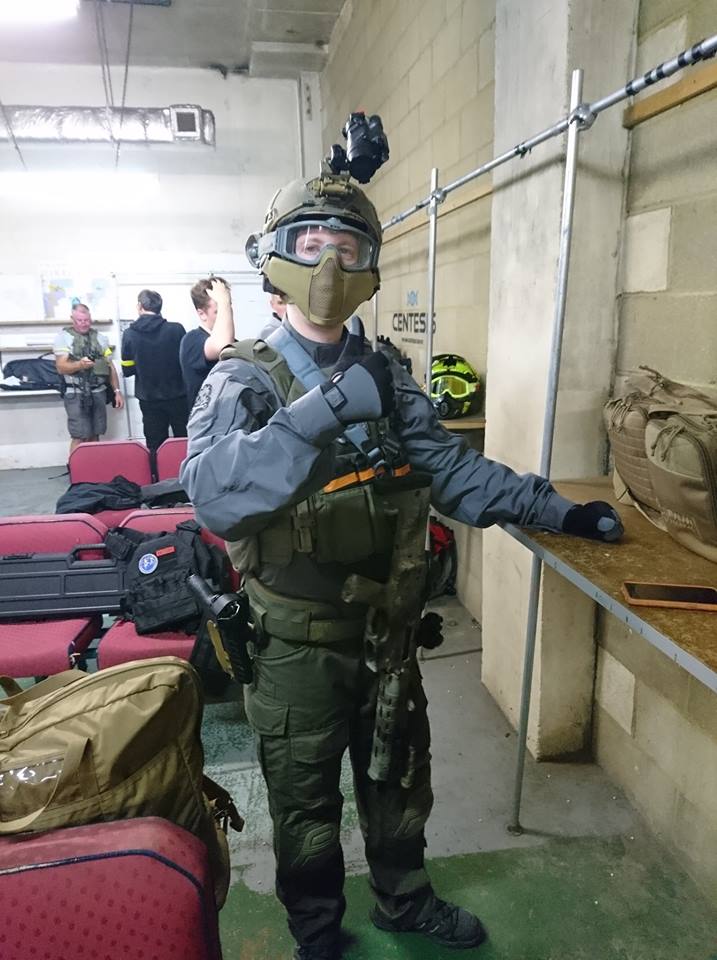 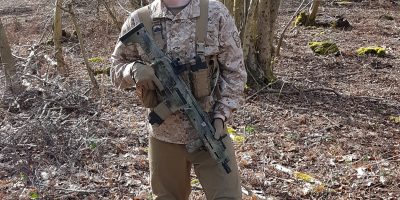 One of the first things I did was download 2 of the 5 lead weights from the O-C counter weight, I may even try it out with 3 weights removed or simply replacing the metal with batteries of an equivalent mass. For a single tube NV setup, the full complement of weights is definitely excessive to obtain proper balance and having less pressure bearing down on the head overall is certainly a plus. That said, using the counter weights compared to my previous time out with the PVS when I didn’t have them allowed for less cranking down on the occ-dial, which helps significantly in terms of comfort. I’ve still got to arc rail mount some electronic hearing protection (vs running the stock head band inside) and swap the padding to the 4D tac option; all very much an on-going process. Since I tend to just run my usual plastic mask + cap setup there’s less impetus to get on with sorting out the helmet.

First use of the Tigris mask, it looks weird going over the top of the ear pro admittedly but I’d thoroughly recommend it for helmet mounting. No cheek weld issues as with older all-mesh masks and given the large volume air flow I may well have to try and figure out if I can mount one of these to some goggles as a potential upgrade to the ‘Sansei’ plastic lower halves.

It was extremely humid inside the old Friars Walk shopping centre to say the least and though it doesn’t wick very efficiently (as expected for non synthetics) the torso of the Assault AR remained fairly comfortable even when soaked and the underarm mesh certainly seemed to help, along with the spacer mesh inside my PC. Since I didn’t get home and unpack until nearly 1am the washing was left until today, but again the mesh seems to have done well in terms of not breeding bacteria and stench, though I did take a thorough shower immediately before leaving for the game – this would require further testing at a longer game in higher temperatures.

The padded section of the padded MS1 varant is longer than the pad on the BFG Vickers slings I’ve built on in the past, which left the weapon sitting far lower than ideal in the 1 point mode. This is exacerbated by the piece of 550 I have on the sling point of the ACR, but I’ll have to either do more chopping/sewing on this sling configuration or perhaps look at trying the HSP sling instead.