As has probably been noticeable to a lot of folks I’ve been rather lacking on the actual staple diet of gear posts during the past month or so, that’s just been due to some extra preparation on the work side of things – courses, travelling around etc. I’ll be deploying quite soon, though unlike the last time I went away I’m not going to just stop posting any gear because the backlog is waaaaay too big already and if it gets any worse we’ll all have invisible Ironman suits by the time I actually talk about my set of Crye Precision G4 combats. 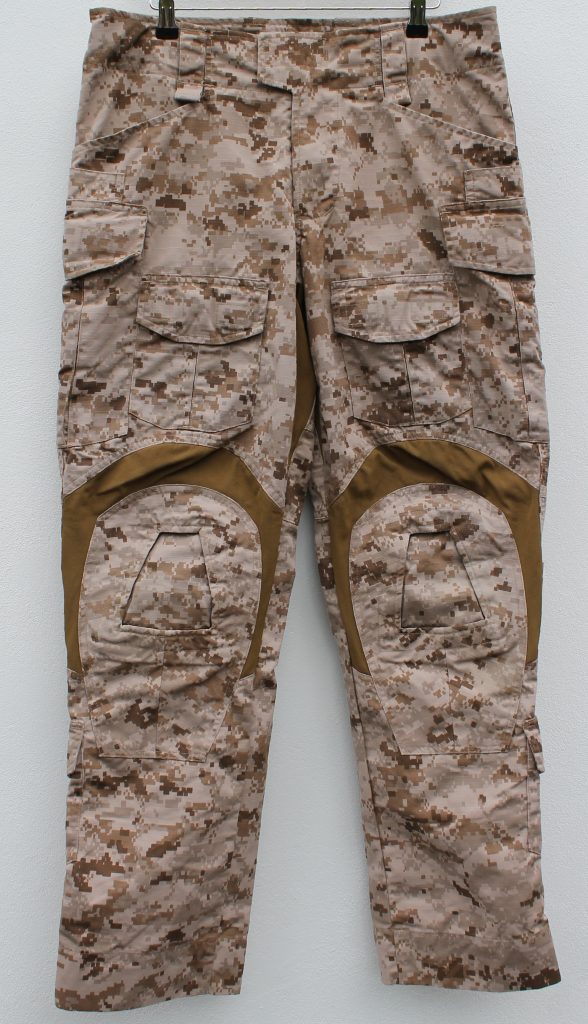 If memory serves I’ve already posted a set of G3 combat lowers that use Drifire materials in AOR1, so here are the accompanying non-FR variants of the same. Standard NYCO AOR1 here, standard G3 combat cut too, no changes to the trouser or the labelling as compared to commercial uniform items. Most AOR gear manufactured in Gen 2 was the NC cut which did have some differences compared to the commercial AC stuff and there is an extremely small amount of Navy Custom labelled G3s in existence (as well as some NC 2.0s), but the numbers for those are bloody tiny even compared to G2 NCs. G3 NC is also only different in terms of labelling as far as I’ve been able to gather just from looking at images.

There are some pictures floating around of NSW personnel utilising these Gen 3 uniforms in various environments, but from what little I know the main contract to outfit the sort of people who wear AOR has gone over from Crye to Patagonia with their L9 series. There was a time about 8-12 months ago when G3s in both AOR variants were popping up for sale extremely regularly but all that stock appears to have dried up.

There were many hundreds if not thousands of garments changing hands at one time in the space of a couple of months, so I’m not sure if the adoption of Patagonia resulted in a mass disposal sale, but that would be highly unlikely to say the least given the legal status of AOR patterned gear. That said, the question remains how such large quantities flooded on the market in both colour variants, FR and non-FR and in all sizes with almost everything brand new and sealed in bags; I’ve no clue. Maybe a couple of folks are in a really deep, dark jail now?