As with one of my previous posts about a Kryptek branded garment, what we have yet another essentially straight copy of the Crye G3 combat shirt, at least at a structural level.  In that sense at least there isn’t a lot I can say, the basic layout and the shaping of essentially every panel of fabric is almost exactly the same as that found on the most prolific Crye combat shirt. 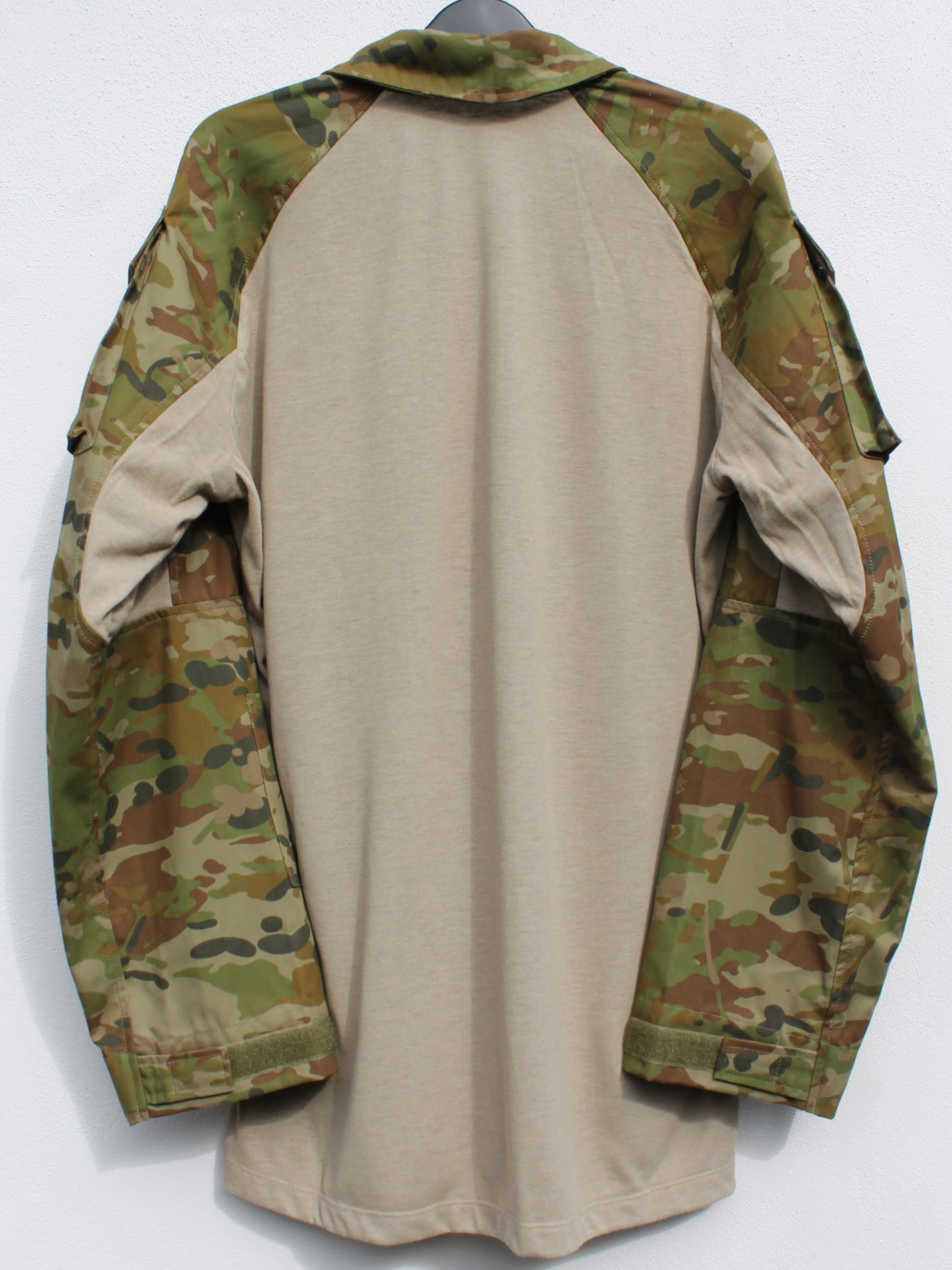 The AMCU camo pattern contains 6 colours and is an interesting blend, containing the hints/the heritage of both DPCU (the previous standard Aus army camo) and Crye Multicam.  Tempting as it was to regurgitate the wikipedia article on the pattern and make it seems like I know more than I do, you can instead read about the chain of events that lead up to the adoption via the link. 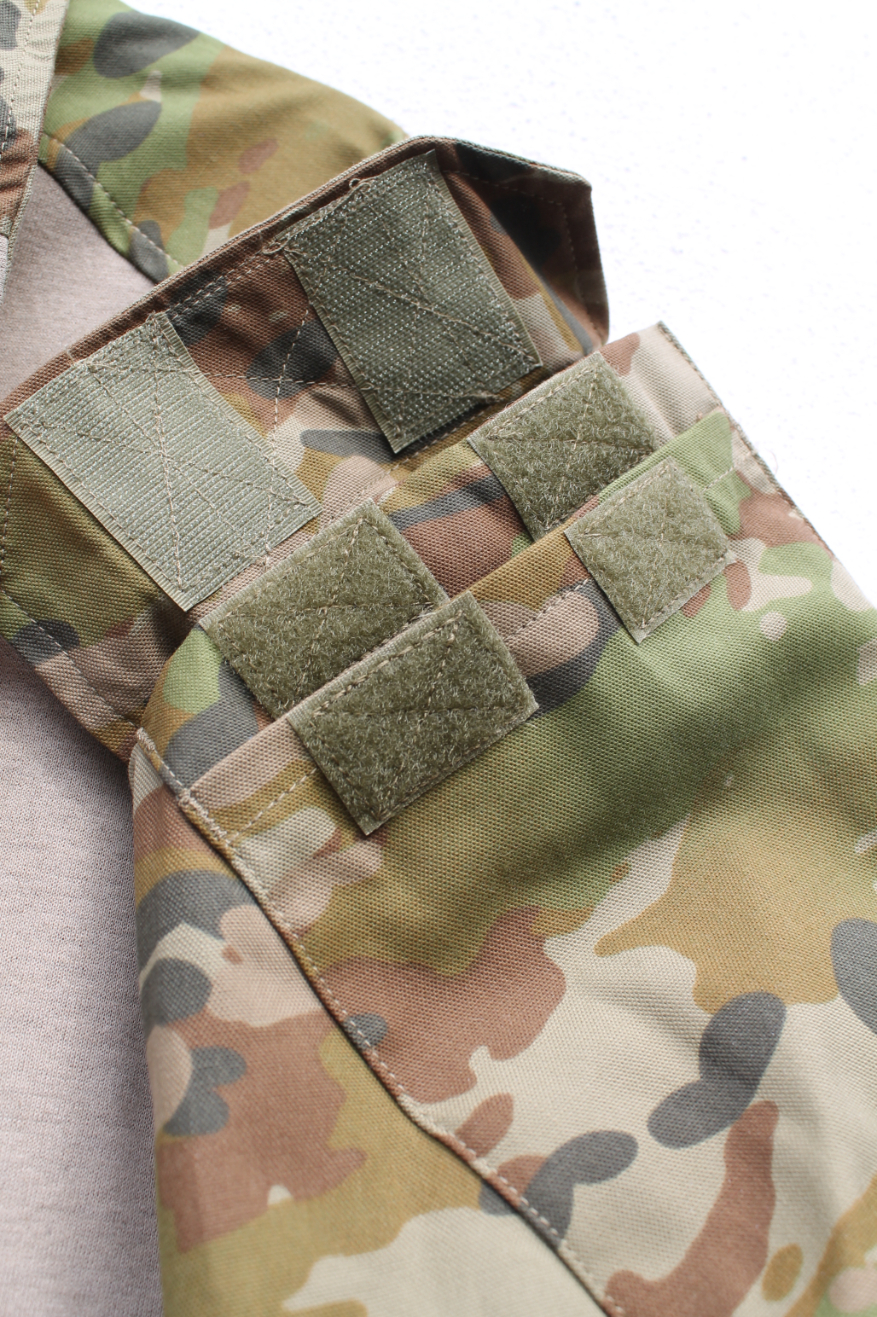 Both arm pockets are, as expected, copies of the G3 shirt’s arm pockets.  Two seperate sections, an expansion pleat along the rear edge and velcro closure.  Though externally there is only one small square of loop for patches rather than the two strips, presumably sized for Australian military issued patches. 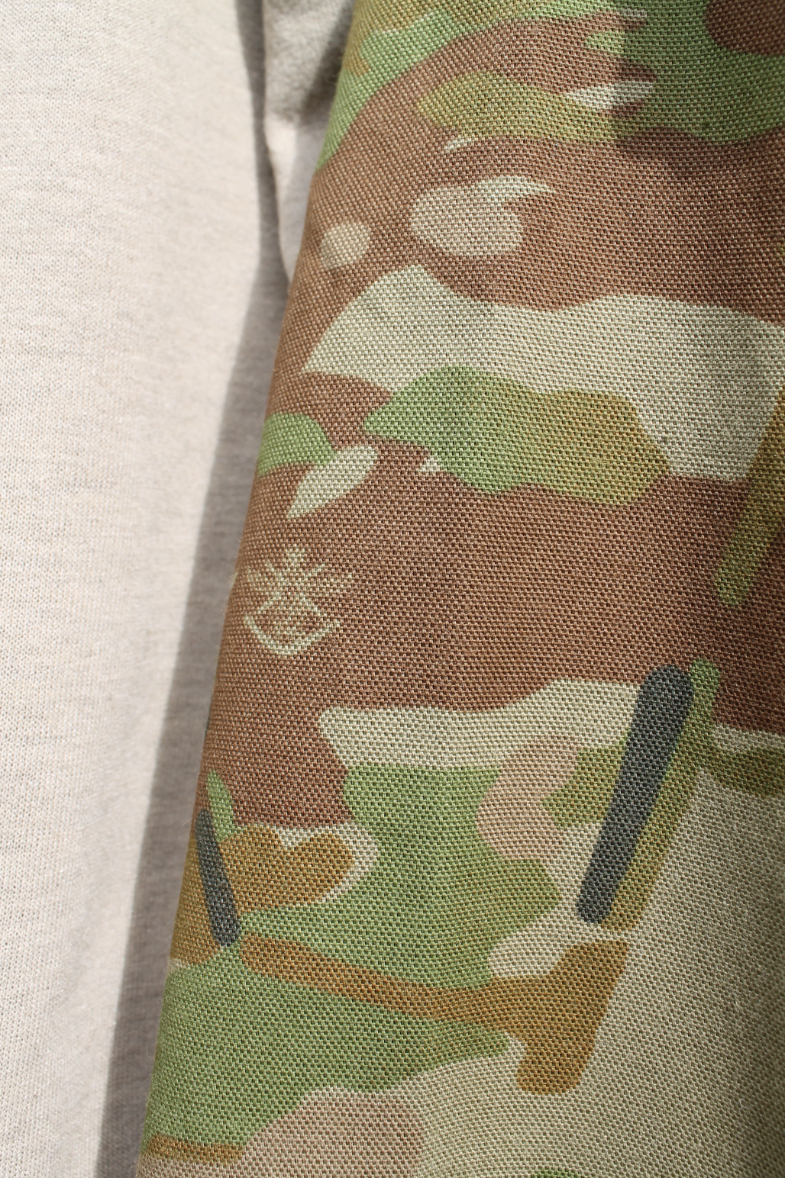 Most of the fabrics used throughout the AMCU suite seem rather on the thin and weak side to me, with an apparent strong lean towards keeping the wearer cool in the heat.  The examples I have worn briefly showed quite a lot of fading after just one short wear and careful wash cycle.  The standard PYCO blend is notably soft, thin and pliable with a sparse weave compared to typical modern NYCO on quality US uniforms.

As far as I am able to tell the torso fabric is, interestingly, exactly the same as that used on the Army custom/Gen 2 combat shirts from Crye, specifically the same colour as the type used for the Multicam versions.  It was never particularly known for durability and the fabric blend and its’ general properties were changed fairly significantly for the Gen 3 combat shirt. 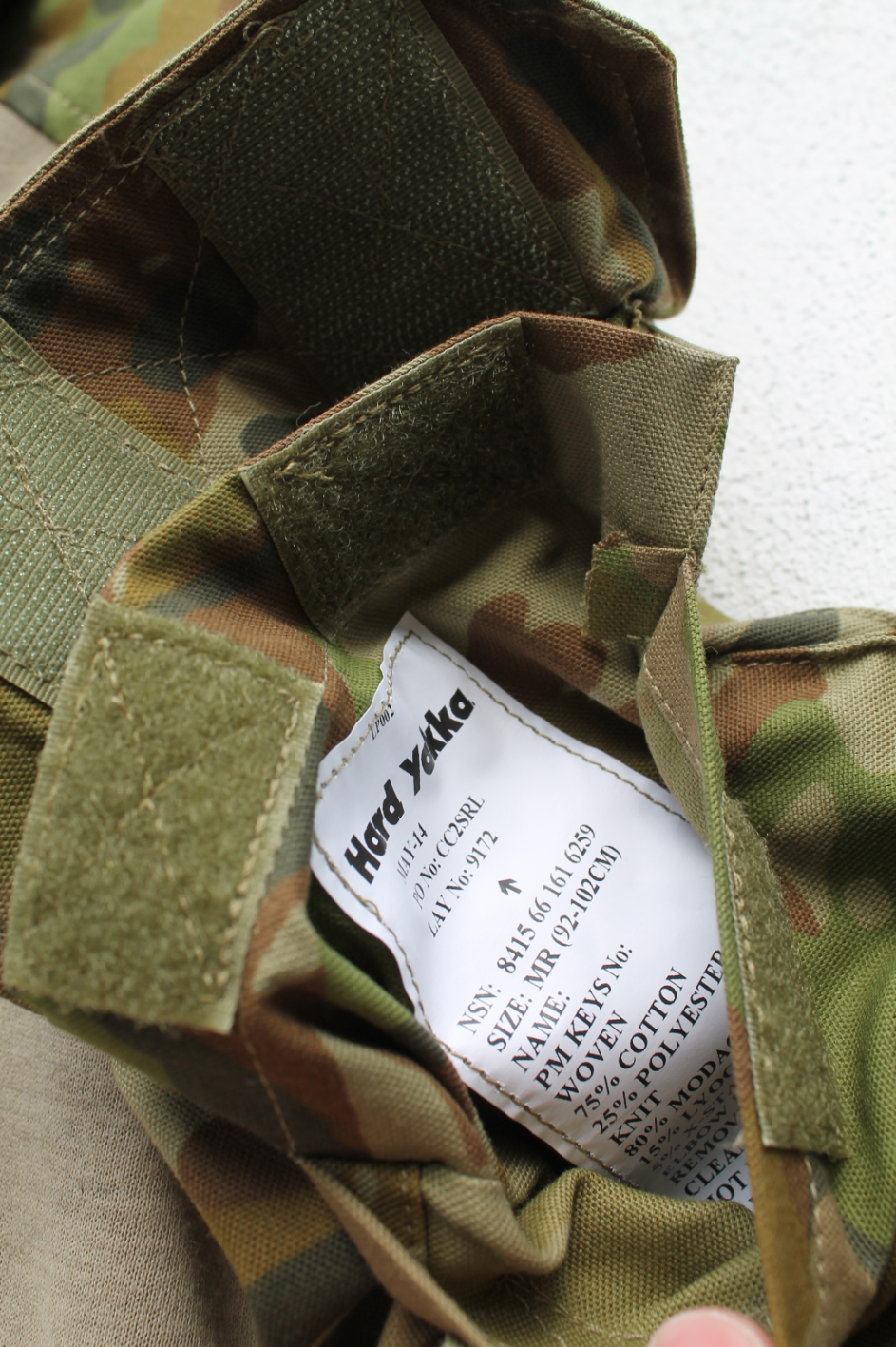 Labelling is quite well hidden away, hidden deep inside a pocket and not easy to actually take a picture of so unfortunately not all the text is visible here.  Sizing patterns seem to basically mirror Crye G3 combat shirt commercial offerings however.

Not too easy to obtain given the relatively small size of the ADF, limited numbers of combat cut shirts that are issued to ADF personnel and Australia’s policy of not releasing a lot of it’s surplus of military equipment for civilian sale.

If you missed my earlier post on the early example of the combat pants that go along with this shirt check it out here: