I don’t really know anything about Mogadishu outside of what’s shown in BHD and once watching a lecture given to West Point cadets by Kyle Lamb of Viking Tactics Inc. and some other veterans of the battle.

I do know a little about patches though and this large US flag is a high quality example of a hook backed, embroidered patch I just obtained from Spiritus Systems for purely aesthetic reasons. This exact style of United States flag patch has a lot more history behind it than most people probably realise; I know I didn’t make the connection myself until today.

The earliest example of what would be considered an oversized US flag patch that I’ve personally seen was worn by paratroopers in WW2.  The man on the left here is presumably with the 101st alongside his buddies.  The same slip-on flag armbands (presumably disposable) are shown clearly in Band of Brothers during the episode when Easy company are preparing for the jump in to Normandy, though it would seem most of these armbands were either lost in the jump or immediately disposed of as they don’t show up much more if at all in the show or in historical pictures.  It took me a little while to find this original image and I don’t know exactly when or where it was taken. 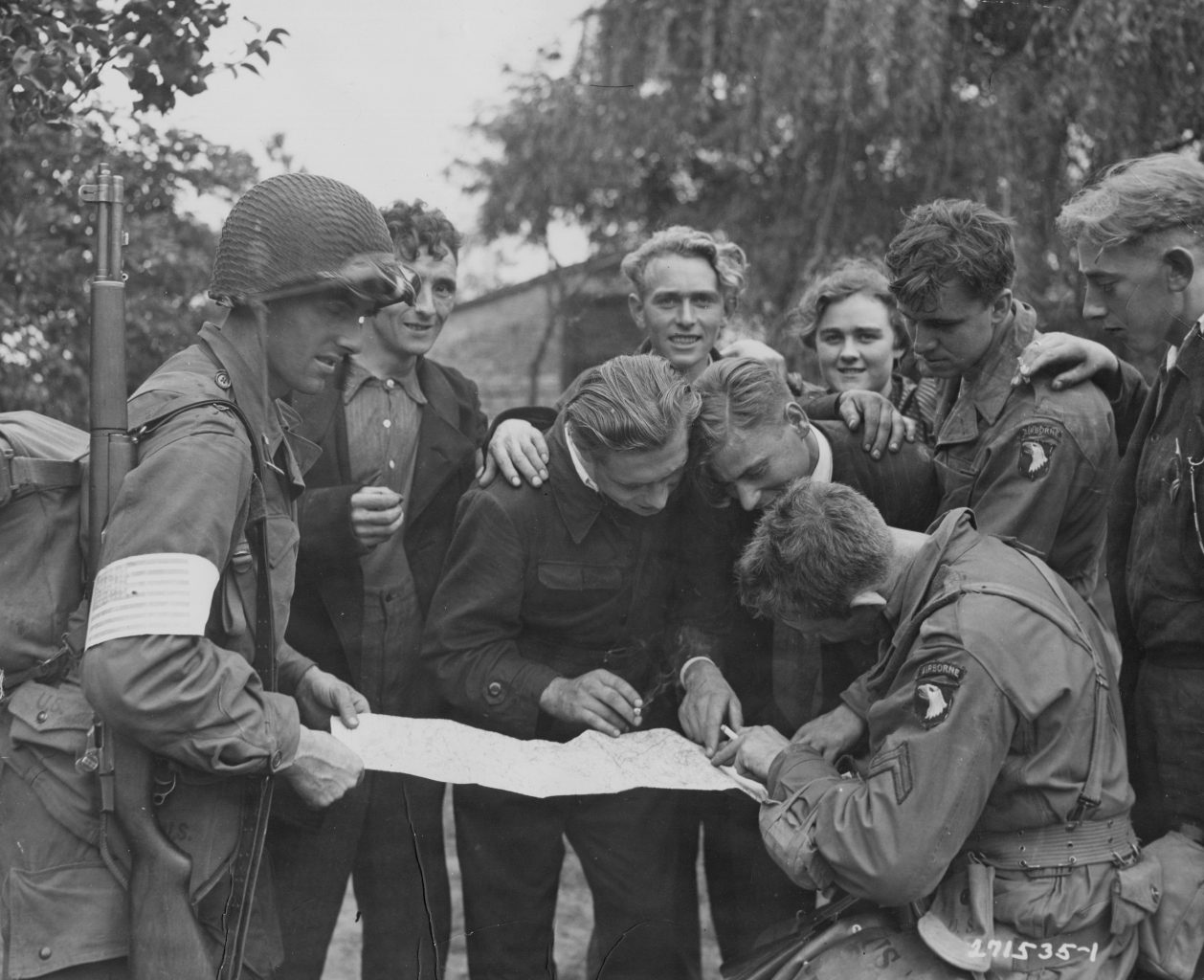 Jumping forward a bit you can see unusually large flag patches like this (around 3″ x 5″) on the arms of some of the custom jackets work by US SF on Operation Eagle Claw.  These were very well documented by Silent Warrior Foundation just recently, specifically with this yellow edge to the patch. 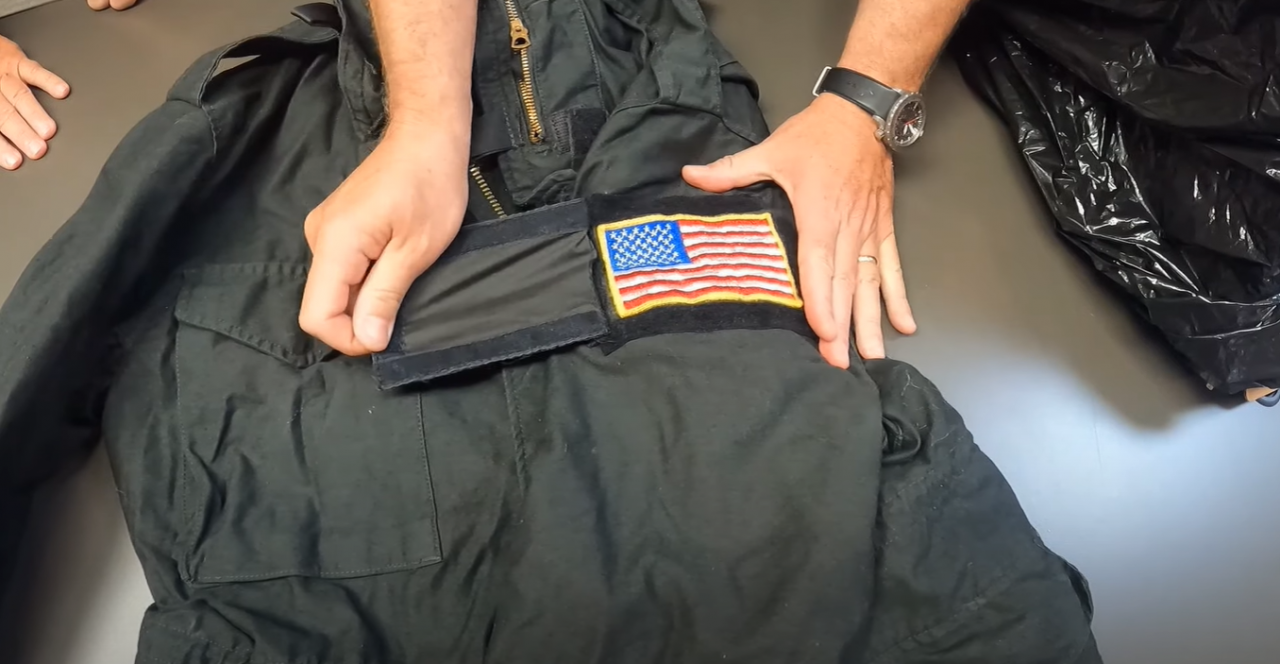 You can also then see these same style of large patches on the sleeves of SF going in just before/with the US invasion of Panama. 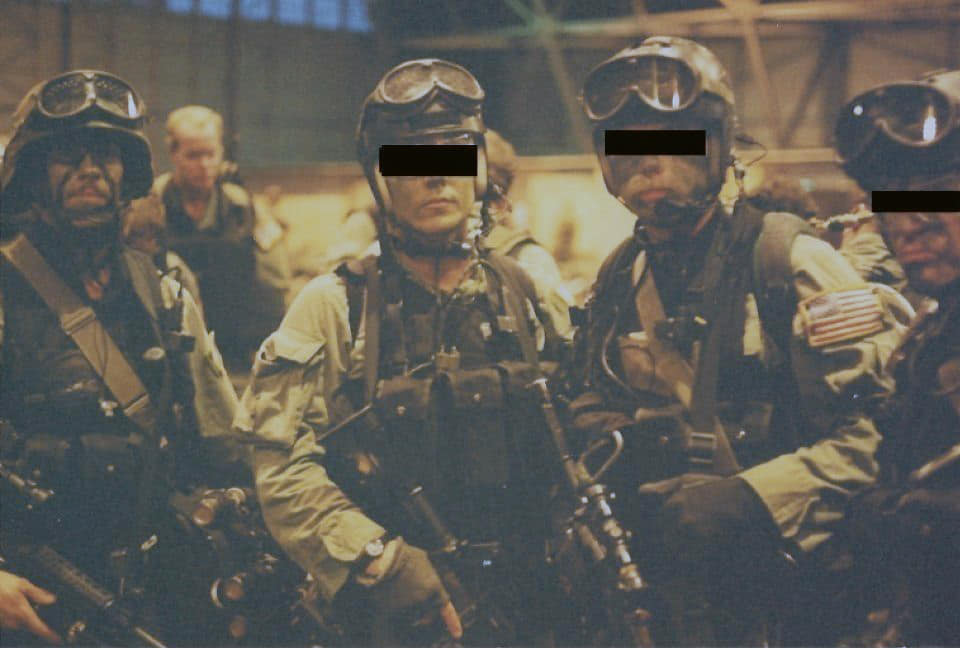 Fast forward again to 1993 and the Delta guys are wearing body armour carriers now that have loop fields on the front and a lot of the same type of patch is visible in pictures taken just before the battle in the Somalian capital city. I would imagine this is the very early days of both velcro on armour and hook backing on patches vs the straight sew on uniform patches of yesteryear. 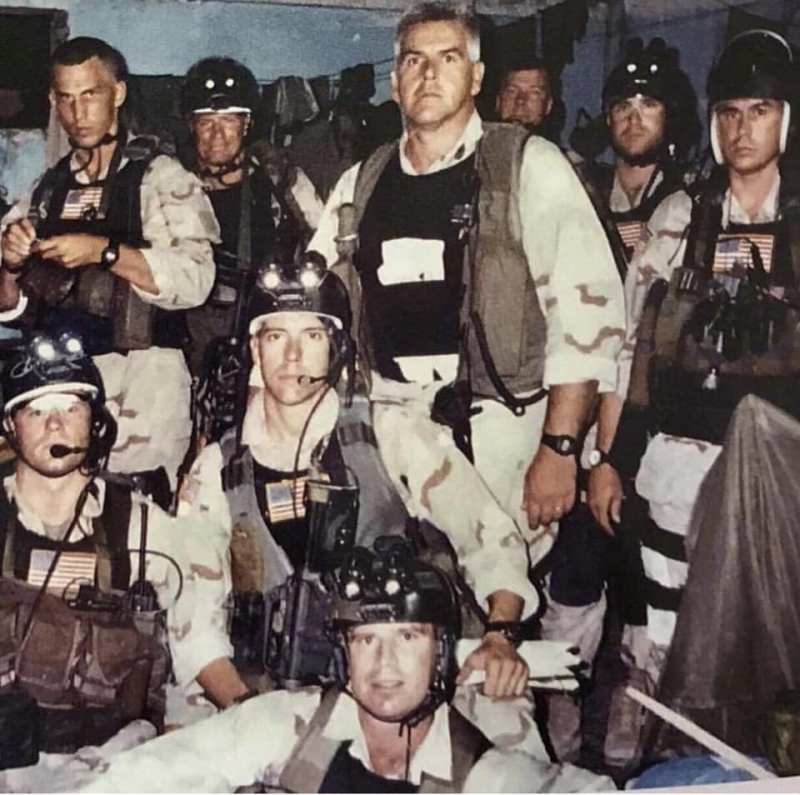 In modern times it seems this tradition has continued to at least some extent as I have seen various examples of this specific style of large flag patch still being worn by US SF personnel and generally in the same location on the upper centre area of their armour where most brands of vest have a relevant loop field, see @counting_coup_tactical on IG for one example. In fact the Crye JPC 2.0 and Spiritus LV-119, two very popular and prolific plate carriers, both have front plate bags that come with this same size of loop field and @firstspear make their Mini Admin Pocket with the same patch compatibility that is generally mounted on the upper chest.