Body Armour Aesthetics for Airsoft (With No Broken Knees)

One of these JPCs contains a Level 3+ standalone plate that will stop some bullets, the other contains a hollow plastic fake plate for pure aesthetics that I have swiss-cheesed with a drill for added airflow/less sweat retention when using PCs that have laser cut PALS and mesh lining.

In some PCs with a lot of padding to them you can just stick a couple of pouches on the outside, have nothing on the inside and they’ll carry your skirmish kit for a few hours playing BBs. But some other PCs that are slicker and much lighter will be nothing but floppy cordura bibs without plates (or equivalents) in them, given that holding plates is the main thing they were designed to do. Having been through a lot of physio theory lessons and rehab for a slight knee injury I got in work years ago, I think metal or otherwise weighted plates are a real bad idea if you don’t absolutely need them for your what you’re doing, whether you’re injured or not. Sorry this will trigger some crossfit larperators. 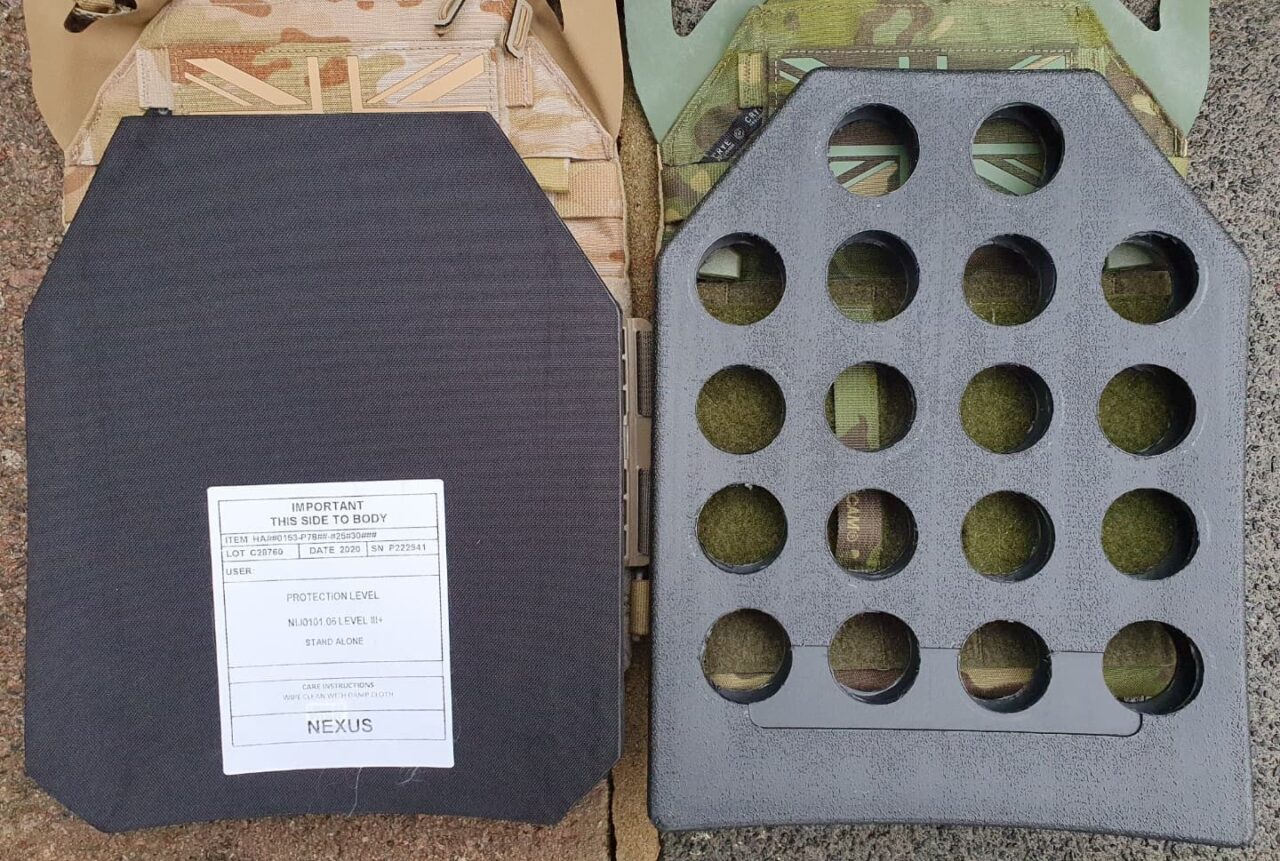 I like the PTS foam fake SAPIs for flexibility, warmth in the winter and for any PC with holes in the front. But I did have a pre-order in for a while on a maritime JPC (didn’t materialise unfortunately) and I tried to think of a way to let air through the mesh construction while still filling it out with the right shape. In the end I opted for some no-name hollow plastic dummy SAPIs and first I attempted a simple grid cut out with a knife by hand but that was definitely going to end up in a missing finger. 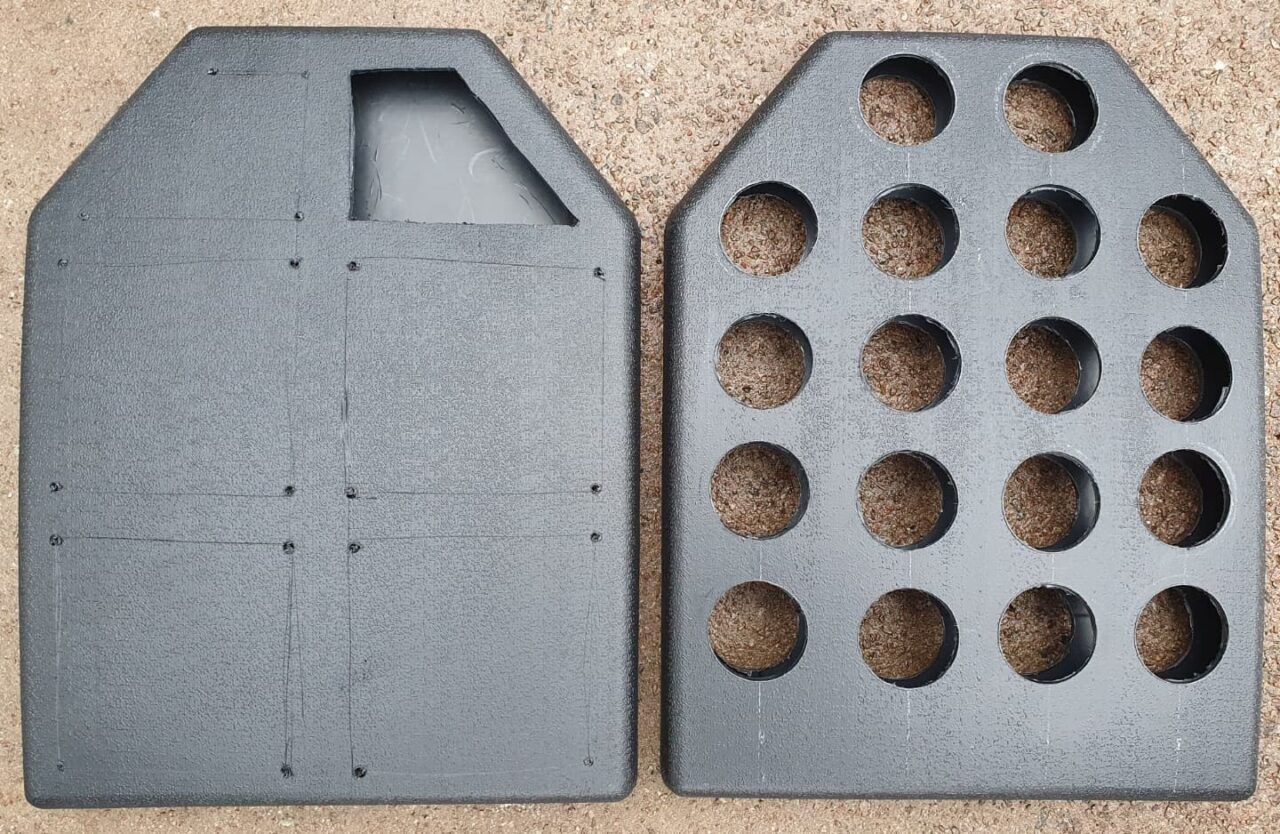 Instead used a drill with a 40mm holesaw and the end product is ideal for dressing up like a special army soldier. Obviously if you go this route you still need to size your fake plates to your carrier or they won’t fit. Either option costs very, very little money and adds no more than a few grams to your kit.