Welcome back to the euro zone, where the gear is stranger than that one ‘beef burger’ you got in Berlin after not quite translating the menu properly.

Clothing that’s specifically offered in Coyote Brown and other darker khaki variants, instead of lighter tans, is comparatively unusual as things go. However I think CB is a far more versatile colourway than your conventional tan and when you look at the pouches and other LBE that most quality manufacturers offer, that theory is fairly well backed up. After ordering a set of the PLATATAC Tac Dax MkII combat trousers in CB for a steal of a price in a sale some years ago, I was left without the accompanying shirt (out of stock) and spent quite while searching around for a good alternative option.

In order to try and kill 2 birds with one stone I went for the Clawgear MkIII Combat Shirt; it came in Coyote NYCO and ClawGear represented both a brand I’d not yet tried and one I also felt might offer a high quality product at a fairly middling price. Certainly a whole lot less than Crye or Arc’teryx. The number of brands that actually fall in to this commercial kit middle ground that I often recommend are pretty small, so I do like to feature them whenever I can. Doubly so when the majority of media seems to either cover only the most expensive or only the very cheapest manufacturers. Not to imply these mid-range names are necessarily the best deal overall when you take in to account 2nd hand sales, but the fact is a lot of people do prefer to just buy straight new from retail. Warranties, ease of sourcing etc. 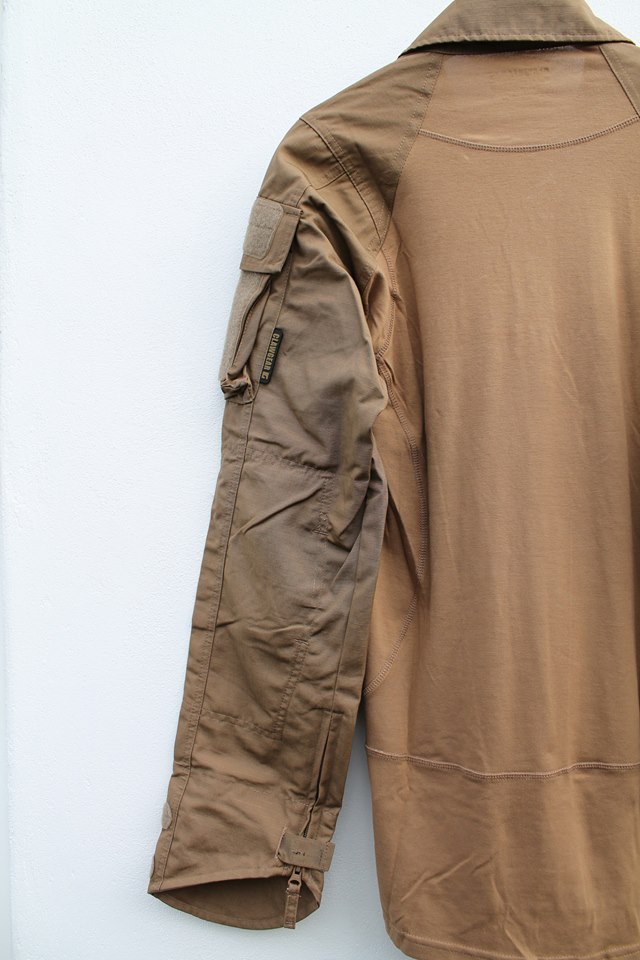 The keen eyed will have noticed some unusual features with the shirt quite quickly and it certainly had me furrowing my brow when it came out of the packet. In the first instance, it’s not symmetrical. The left upper arm pocket is pretty much in the conventional vein of a Crye Gen 2 combat shirt with velcro top flap and 2 areas of loop, but then the right arm pocket is a single piece of exterior loop on a pocket that is accessed via inboard zip. Both are entirely valid and well proven designs for a shirt sleeve pocket at this point, however the MkIII is the only product I’ve seen that blends in both.

On the cuffs you’ve got an unusual cut pattern that extends over the outer surfaces of the hand by default, along with an extendable strip of edging tape with velcro interface to cinch things up and a short zip that’s intended to facilitate ease of sleeve rolling. Also, the features around the collar allow for fitment of a NYCO hood if so desired. 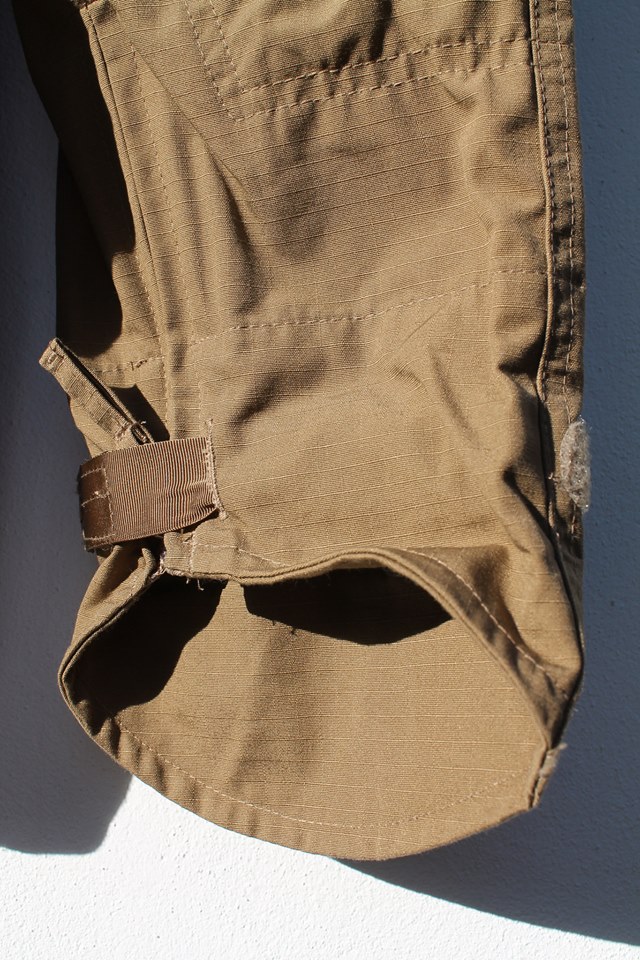 Despite these funky quirks I’ve got no complaints with the overall construction, the NYCO sleeves with a very comfortable wicking+FR torso make for a nice combination. Given the many revisions they’ve gone through in their garments and the range of colours offered, I very much expect I’ll buy more from ClawGear. Especially when those colours include Flecktarn, CCE, Navy blue and RAL7013 (the latter being very high on my own personal list).  (Update 2019 – Turns out the RAL is basically just Ranger Green) 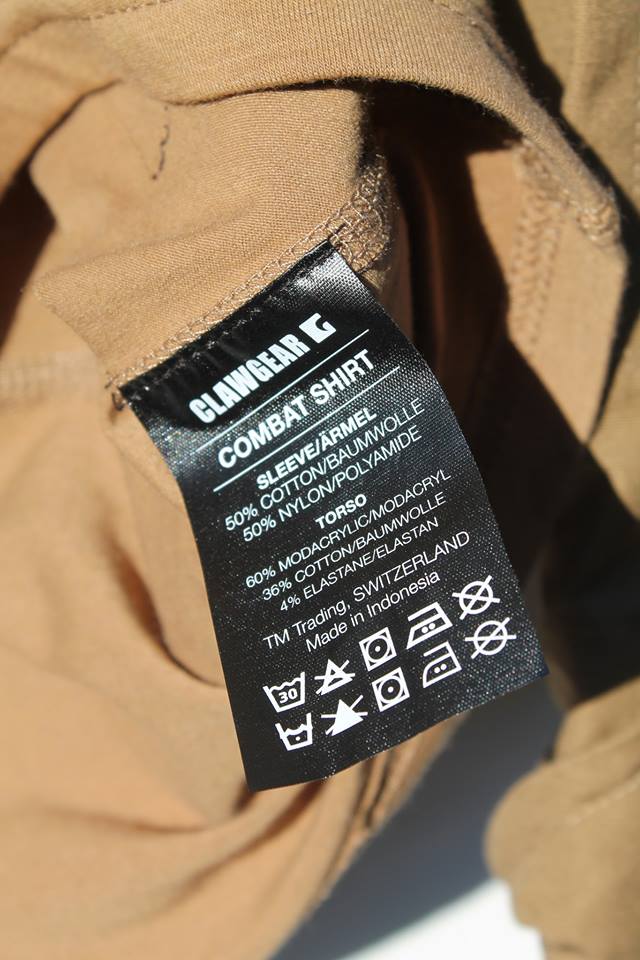 I may replace this specific shirt with the newer Operator Combat Shirt which is not asymmetrical and has a far more ‘normal’ cuff arrangement, but the MkIII here is still available in the outlet section of Claw’s site at the time of writing and I would not discourage anyone from making that saving if their size was available. 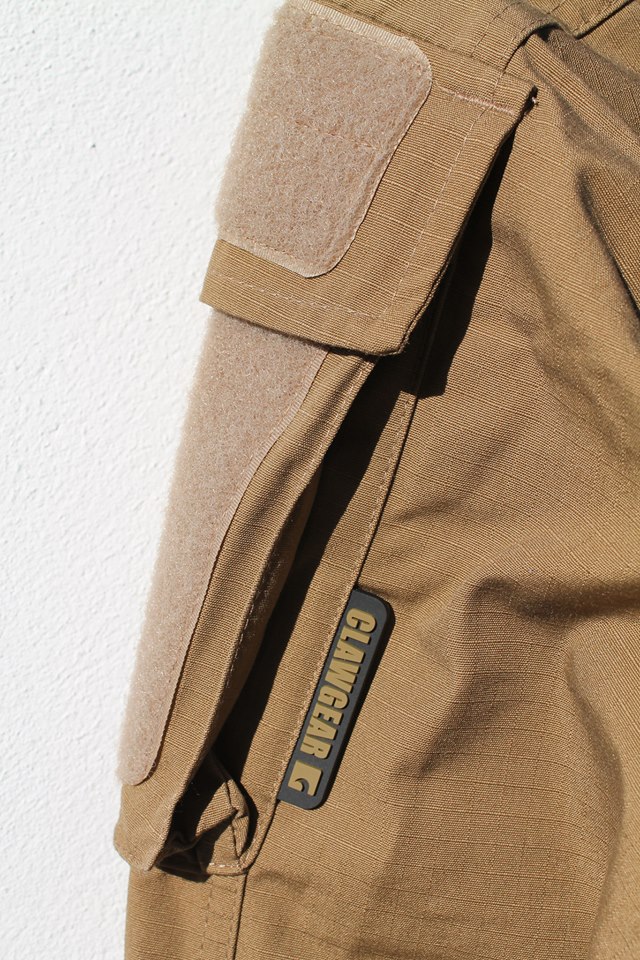