I won’t post a standard shot of my G3 combat lowers in regular Multicam, because everyone’s seen that a million times. Here’s a couple of close ups.

What I would say while I’m on the topic – if you’re going to put the money down for any Crye clothing, I’d strongly recommend you go for something unusual if you can. I’ll admit I do have a lot of original MC, but that’s just because so many good sets have been made in the pattern. I also have far more other stuff than I have standard Multicam. 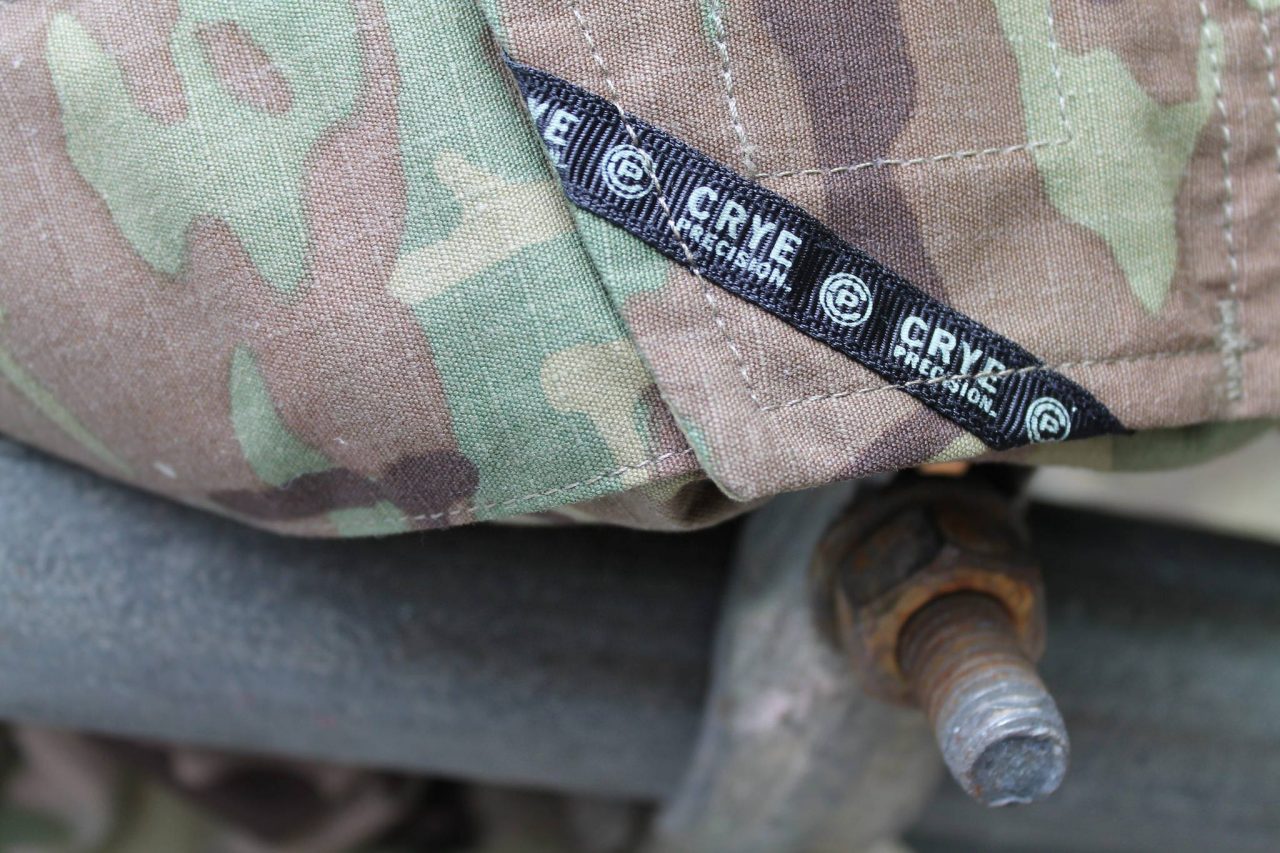 Obviously there are work considerations and sometimes you might be in a position to purchase clothing for duty use but limited to only standard MC since everybody pretty much uses it these days. However if you have a choice, get something different. I’m not a fan of flat black personally, but a lot of folks do like it. The other solid colours are always winning choices though given how rarely they’re bought/seen/worn. Whether it’s just from a looking cool perspective, collecting something unusual or speculating with an investment perhaps; anything other than normal Multicam will always be a better option. 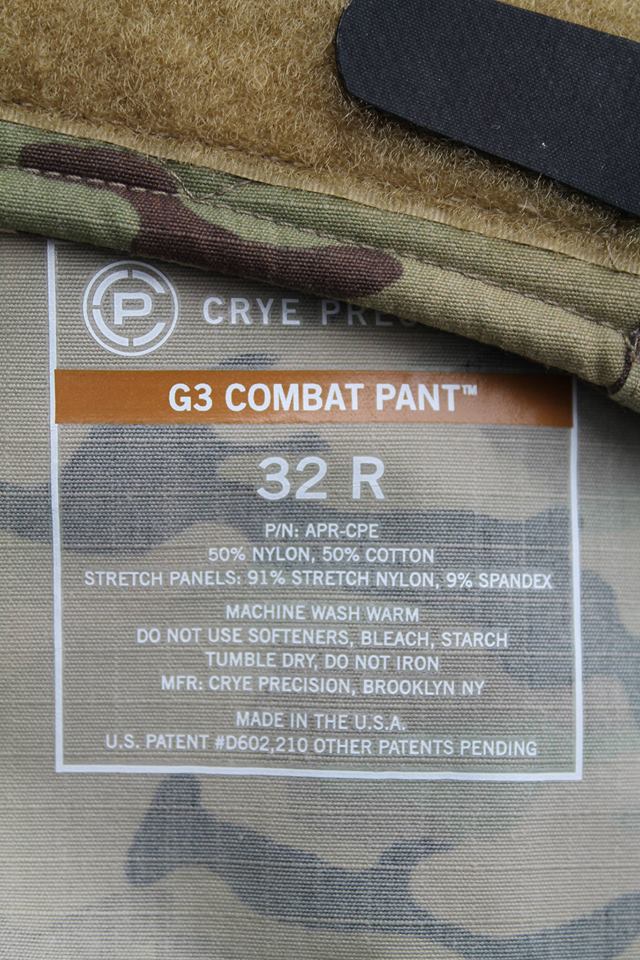 If you look at the second hand market the original colourway dominates by a huge margin, seeing anything else come up for sale is a comparative hens’ tooth. Certainly when generations change and go out of production you’ll be well served to buy solid colours, MC Tropic or Arid etc, because the ‘normal’ option will be around in good quantities for a long time after a given cut of clothing ceases to be made. Similar thing with the Field cut; when you look at the Gen 1 and 2 items that come up for sale or get posted online it’s mostly MC Combat cut, but Gen 1 Fields are incredibly rare and it’s similar with Gen 2/AC. Given how rarely I’ve seen G3 field items, I’d imagine the same situation will evolve in a few years time.

If you’ve got the money and you really want the fit-in set then sure get MC Combats, but diversifying from there is definitely a strong move from a collecting stand point.