Check the other post on these for a little more info.  There isn’t a great deal to say though since these are entirely standard G3 cut and I’ve posted so much of that already. 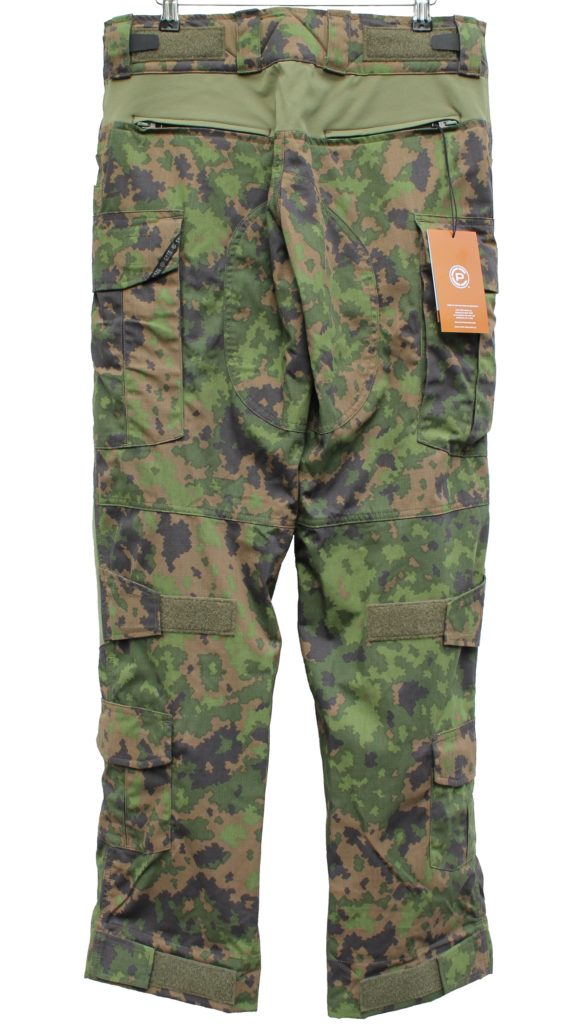 At the time of writing I am investigating whether M05 NYCO actually exists as per these default labels that Crye have used, because all the stuff from Varusteleka is PYCO and even the Fleck/Trop G3s from TacWrk have tags that say NYCO when I’m 99% certain those are made from PYCO twill. 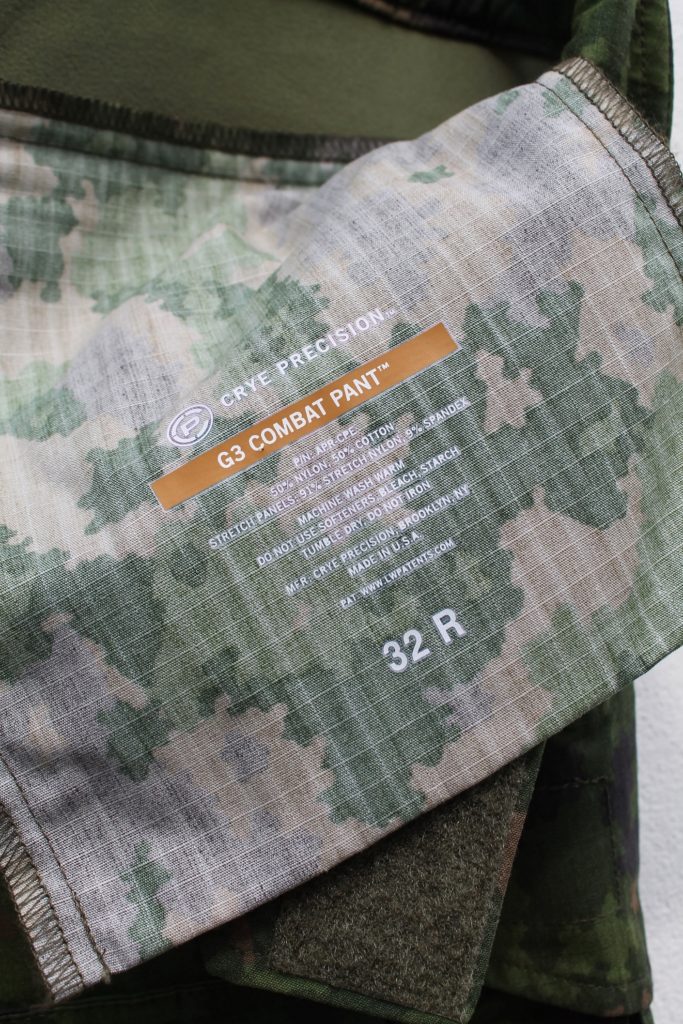 The only other sets of G3 combat pants I’ve seen to use this lighter green shade of Tweave Durastretch are those in AOR2.  All the other woodland camos and flat RG use a darker shade, similar to RG itself. 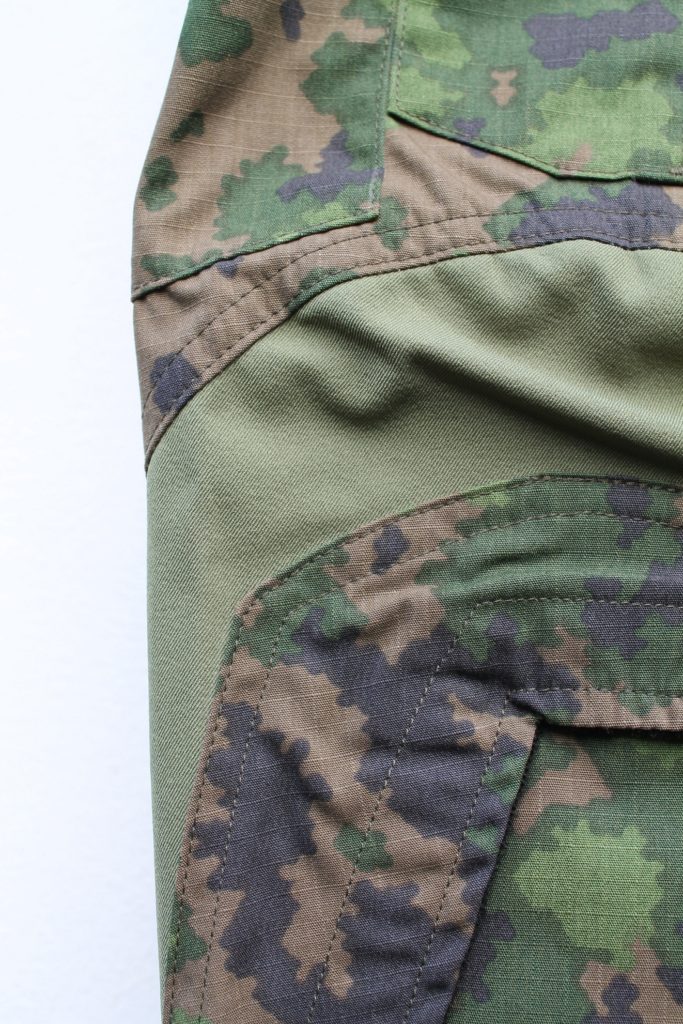 Packaging shot for posterity.  Often people chuck the packaging away without even taking a picture and while it is just a plastic bag and really doesn’t matter it can very occasionally be handy to have picture evidence of originals for rare camos in case convincing fakes start emerging. 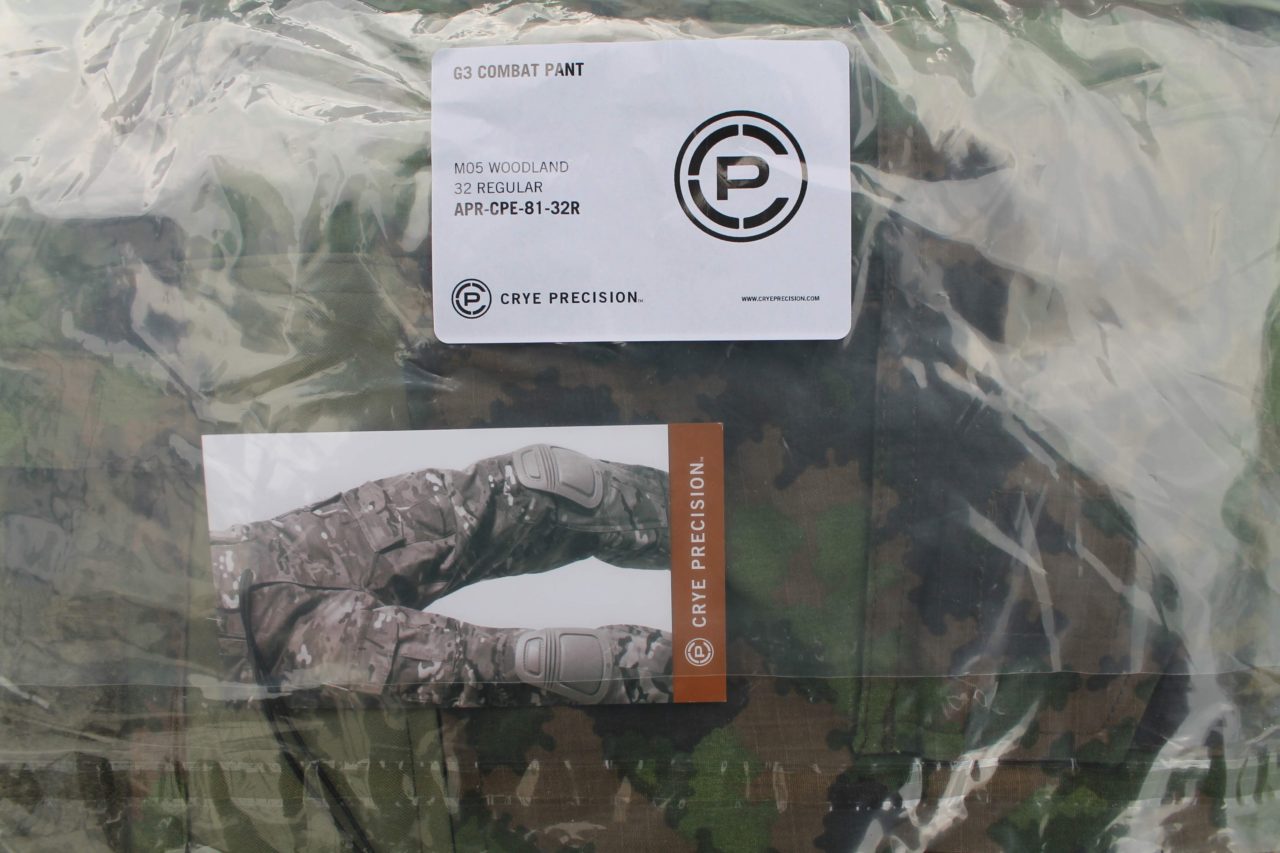