If you were looking for the uniform that started the entire internet trend for Crye style apparel made in uncommon camo patterns that aren’t generally offered by Crye directly on their website (and ‘tactical’ stuff in weird camos in general), then look no further.  If the Omega is ASNL shirts in tigerstripe and Qilo 6 col desert limited hype drops etc, then the set to which these trousers belong is the Alpha.  The source to the mouth of the river.  With all sorts of Kryptek, Multicam black, DNC and Brushstroke filling the years inbetween.

I have discussed this set before a few years ago in my large article differentiating 4 Crye combat uniform types in US woodland, though I didn’t own any examples myself at the time and these are at the rarer end of the scale.  As far as I know they were never sold online, purely issued to (at the time) MARSOC to wear in Afghanistan.  I don’t believe many sets were made at all, and I’d estimate that the majority that were made were issued and worn to destruction, largely on account of this early FR Fabric (Tencate Defender M) being comparatively very frail.  Despite having a rip-stop grid it was not very resilient to tears, nor was it resilient to abrasion.  Clearly flame resistance was a priority, but the other FR fabrics in Woodland Camo of the time either weren’t available or were too thick and heavy for use in a uniform given to SOF.

There was a time roughly around the mid 2010s when super faded and borderline-shredded examples of these pants and the accompanying shirts (we’re talking multiple huge tears and holes) were selling on ebay for far more than a new pair of G3s in a standard camo.  Even a well used pair of the pants that was faded with just small holes in a popular size would push $1k.  I was happy to pick up these examples a few years ago for around commercial price and in unused condition; I would presume other such unused examples are few and far between and I have not seen any others for sale since purchasing this pair.  Not to try and brag/flex or anything of the sort, just the best way I have of trying to quantify the amount of these items that survived and are circulating. 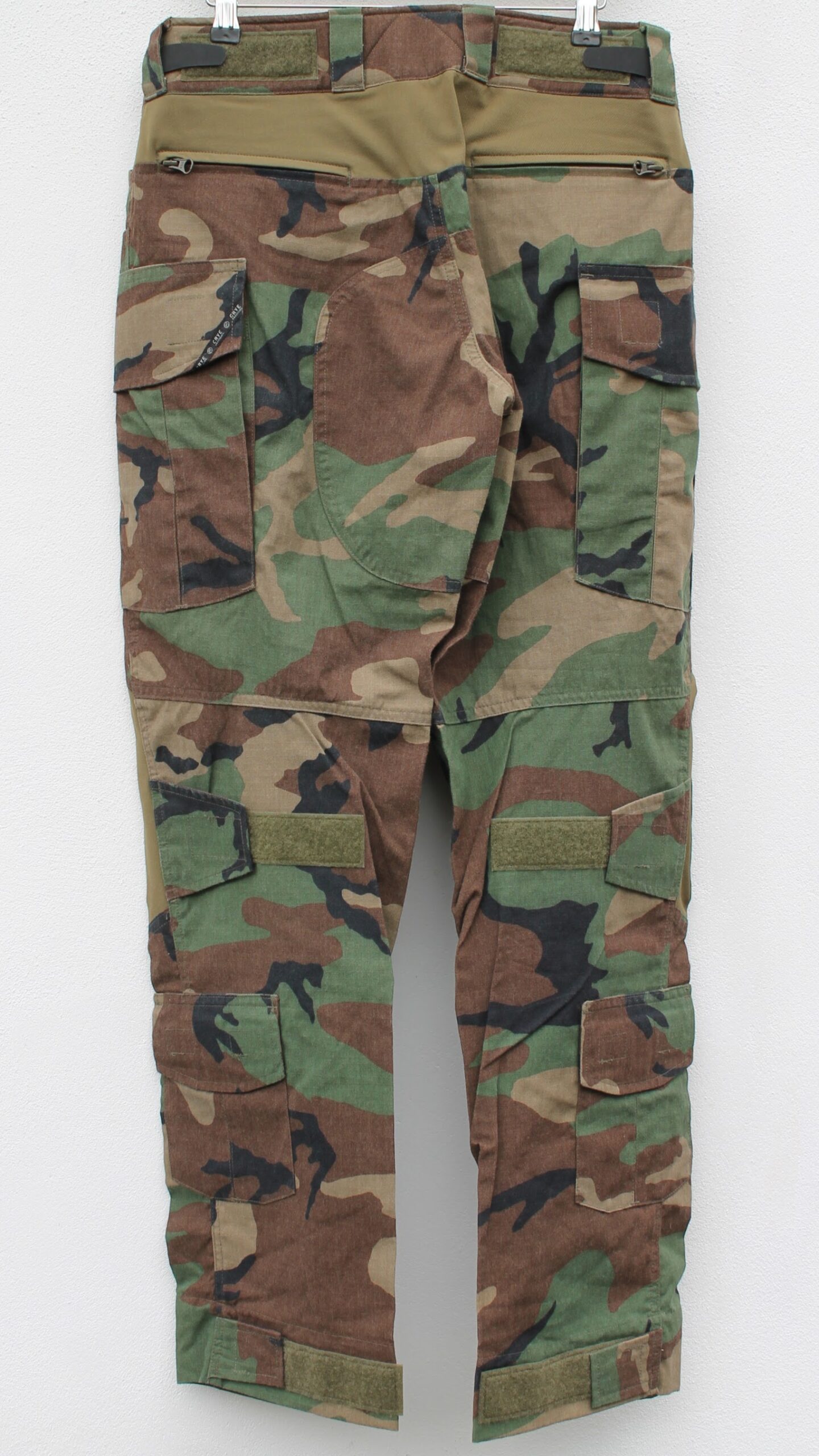 Due to the external appearance of this uniform type being essentially identical to both the later Drifire label FR G3 combats and the NYCO versions, it’s not really possible for me to add an in-use picture here and say “this is them on deployment” and I’m not a collector of military images myself.  The cut and design is totally standard G3 combat and only the labels are the definitive differentiator.

The camouflage pattern is slightly lighter than on new Woodland NYCO and the fabric feels different, but obviously feel is of no use in a photo and the colour difference is negated by (what are usually) low-res, poorly lit photos of used and dusty uniforms in the field.  I did see pictures that probably did show these being worn on the devtsix forums many years ago, but without even knowing which year they were posted in I wasn’t able to find those again. 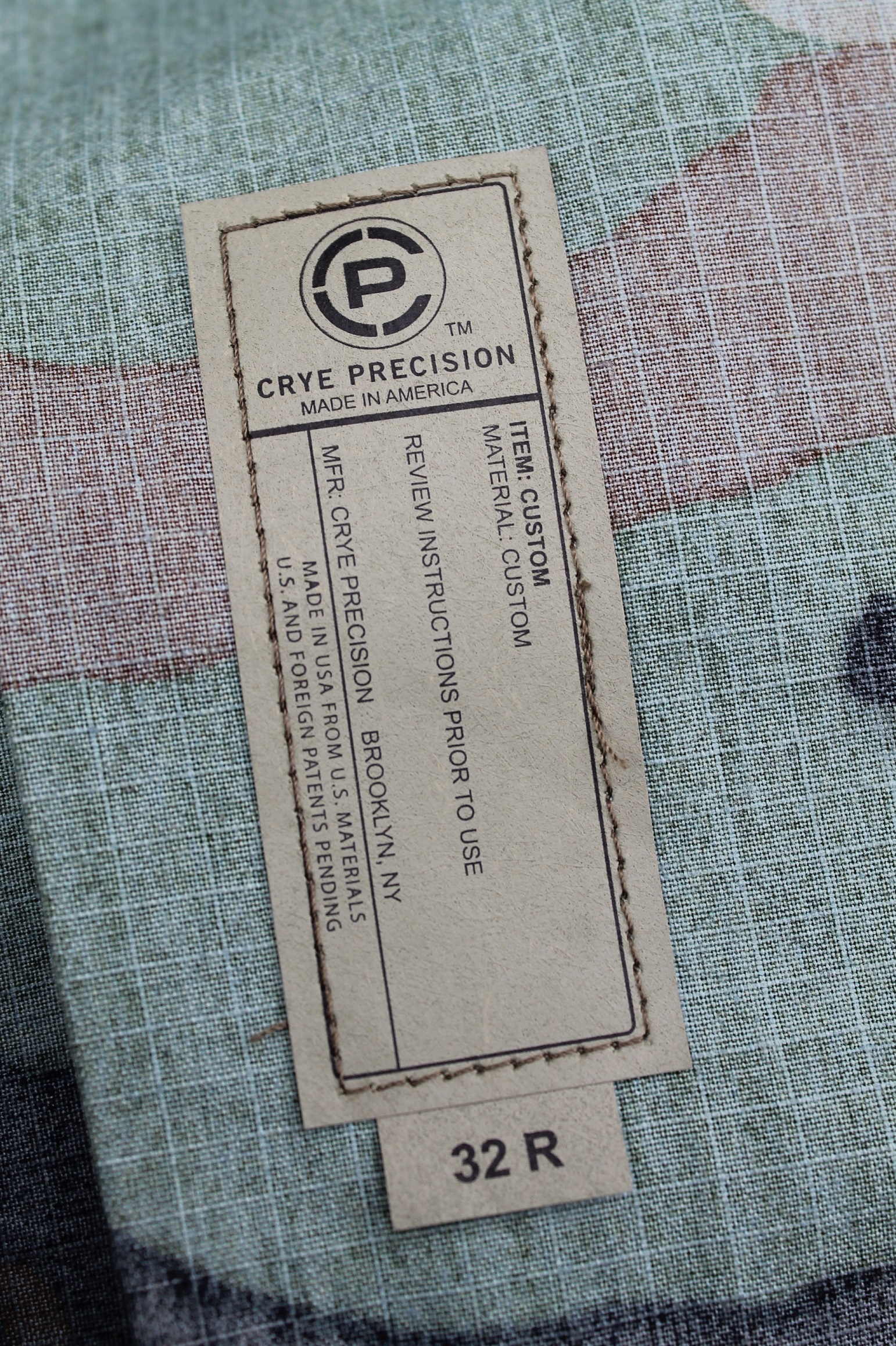 Since these trousers were made in the earlier phase of G3 production I would guess there were still a lot of G2 labels available for use, or at least that specific label making machine was still up and running.  There have been various uniform variants that used this exact same generic ‘custom/custom’ label and it was applied liberally to all sorts of uniforms that weren’t made to the regular specs for either ACs, NCs or G3s.  There are quite a few different Gen 2 uniforms of various styles and camos/colours featuring these labels along with some G3s, usually in FR fabrics such as seen here on G3s whereas FR G2s were not too common in general. 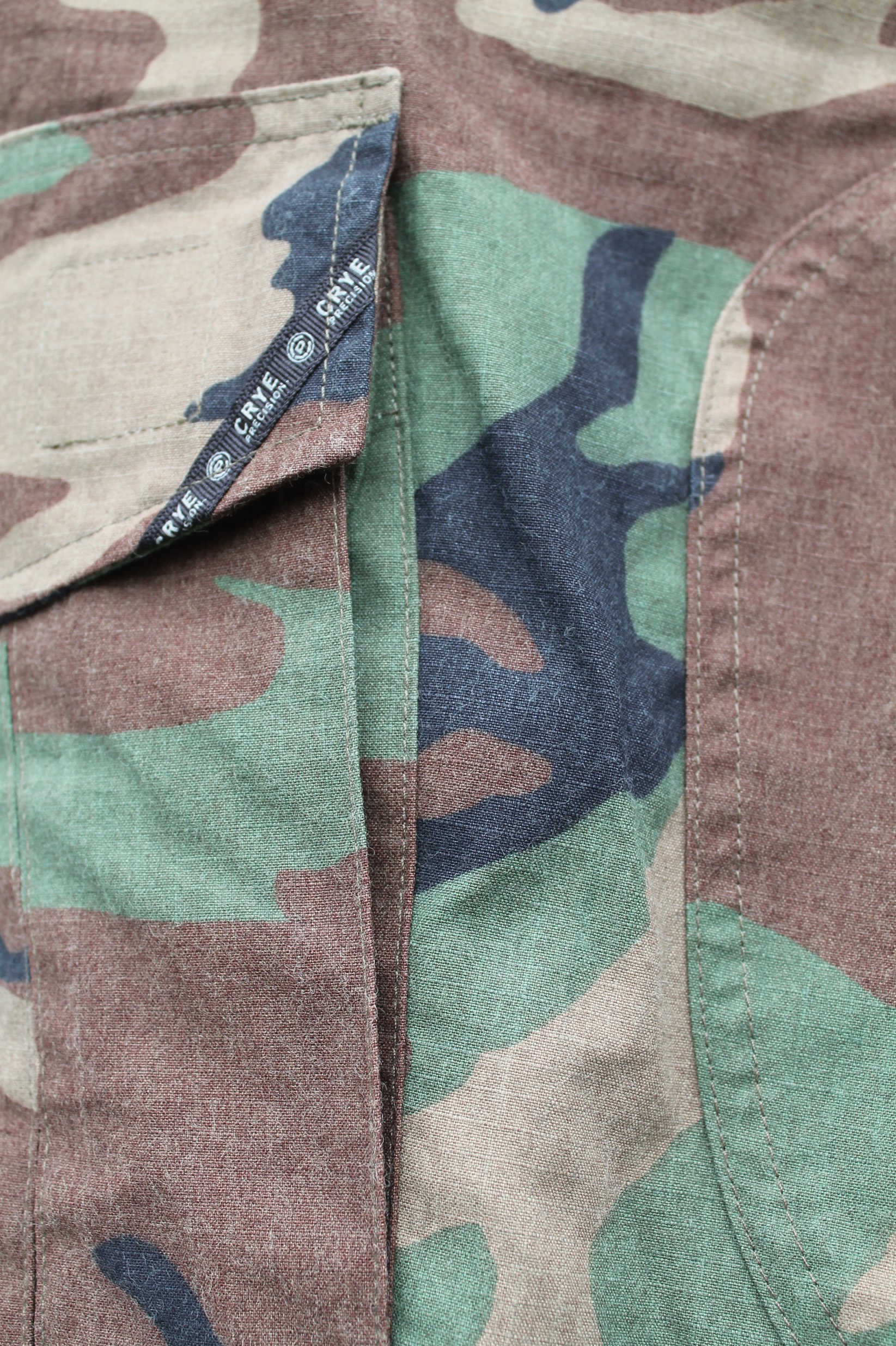 Standard branding tape in the standard location, again nothing unusual here but the slight ‘fluff’ of white thread and the lighter colouration shows quite well on the brown area here in the lower left.

As mentioned, being of standard G3 design with only the fabric and label being unusual there’s nothing much else I can say about these specific uniforms, but given the culture they spawned I’m glad to own the examples that I do and to discuss them here.  Pictures of these in use were hugely popular all over many forums and groups and ‘woodland cryes’ were all anyone wanted for a good while.  The sudden reappearance of arguably the most iconic camo pattern that had previously faded from popularity sent a lot of folks in to a flurry.

There was a period of many years where Multicam and other commercial patters reigned and the only Woodland products available were DoD surplus, and those items of course stopped evolving after the switch to UCP, MARPAT/CB and ABU TS in the early 2000s.  Given the hype these FR woodlands generated amongst collectors, airsoft players and other gun/military enthusiasts, there was a sudden  surge in demand for tailors to modify Woodland BDUs to look more like Crye combats and the chinese cloners of course came along after not too long.  An interesting episode in more recent militaria history.

Was this article useful?  If so, perhaps consider helping to keep this site hosted without pay walls or commercial advertisements – click here.