Not a ton to say here, it’s a Gen 2 field shirt for the most part.  The main difference between this and Army Custom are that for the Navy variant the chest pockets are tilted outboard rather than in and they don’t have the extra unsecured stowage space behind each one, which cuts down on fabric layers. 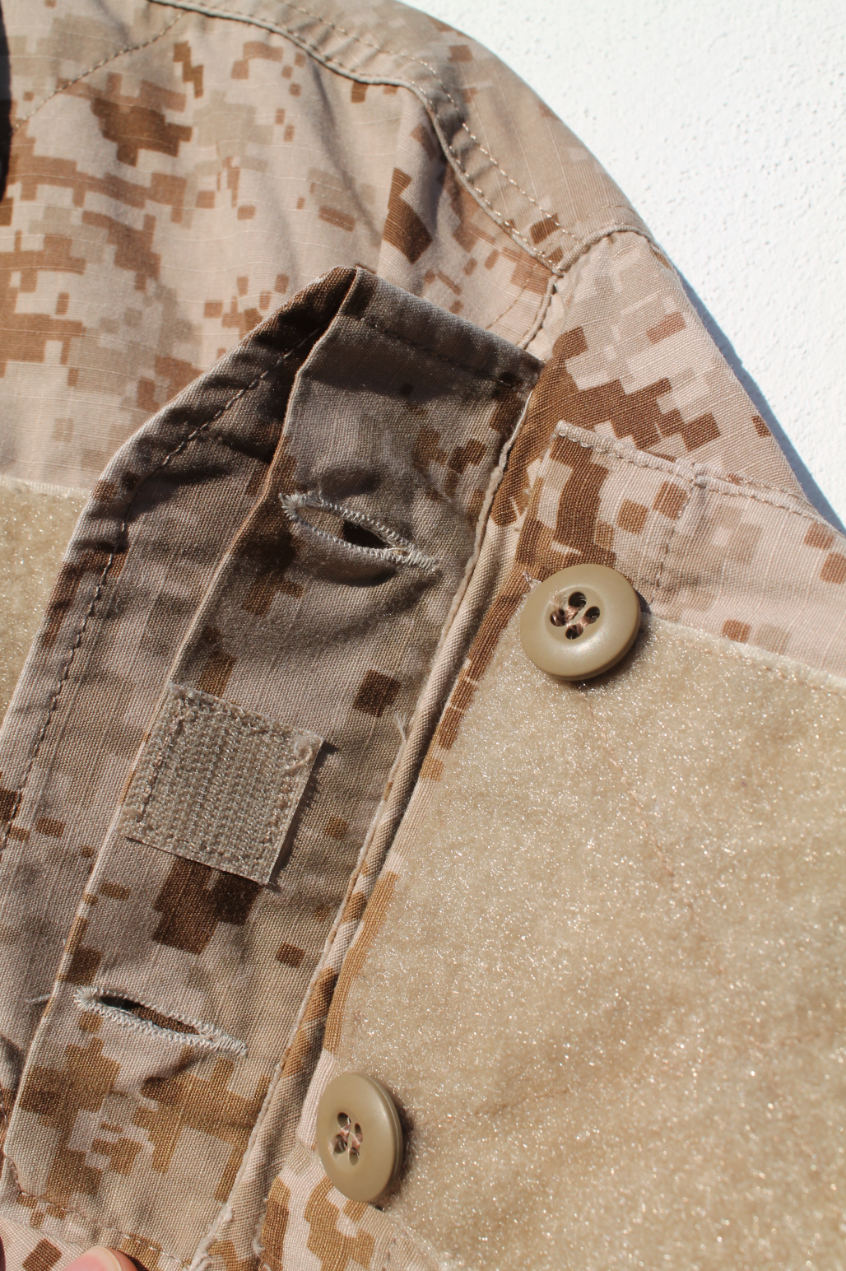 Navy Customs have most pockets closed by buttons primarily since velcro can lose it’s adhesion when soaked and soiled with sand or mud. 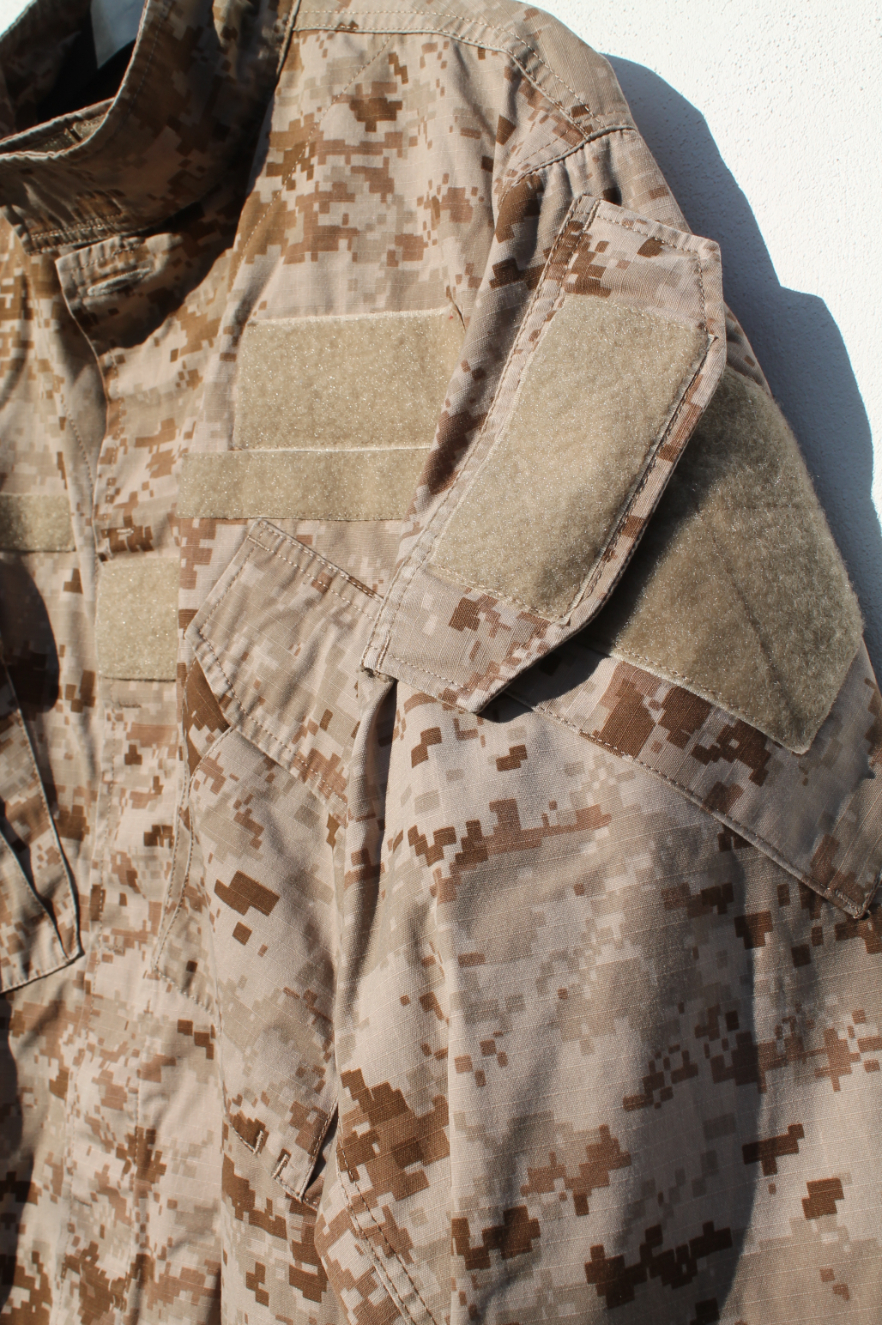 The extra loop fields on the chest are for displaying patches with rank insignia, name and unit name/insignia.  The largest field shown here, on the left when worn, would presumably for the trident patch in the case of SEALs and I believe other NSW units like SWCC and Seabees have similar patches.

It always seems like the oldest Field cut NCs out there will have this extra loop where the newer stuff tends not to but I have no way of knowing for sure if that is the case.  It is pretty likely that these were just ordered in batches and sometimes if they were intended purely for wear on base and not in conflicted nations they would have extra space for identifying patches to be attached, whereas deployment apparel would not.  Many Crye field shirts come with some extra pieces of loop just sat loose in a pocket from the factory, which can be sewn on if desired to add rank/name patches in the typical US military layout. 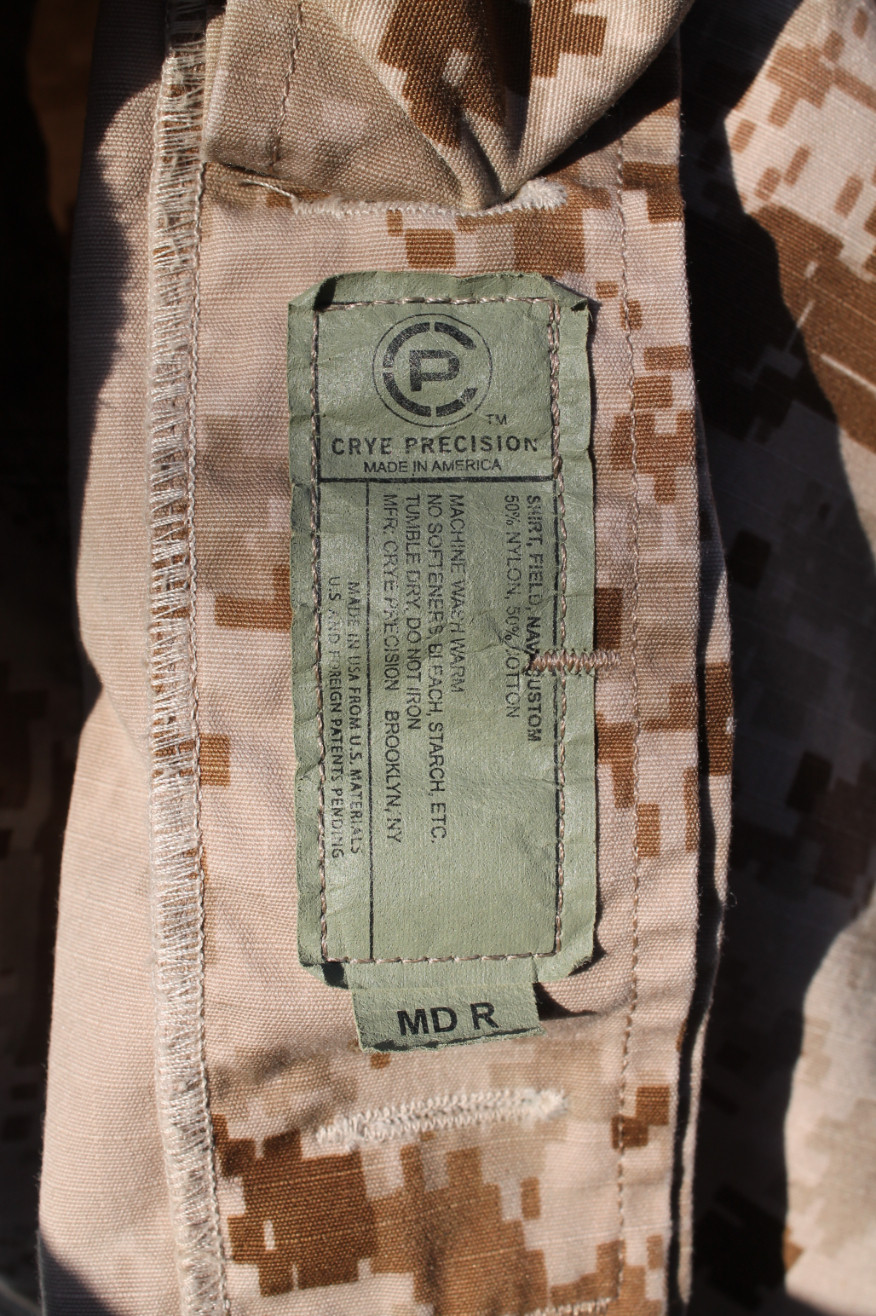 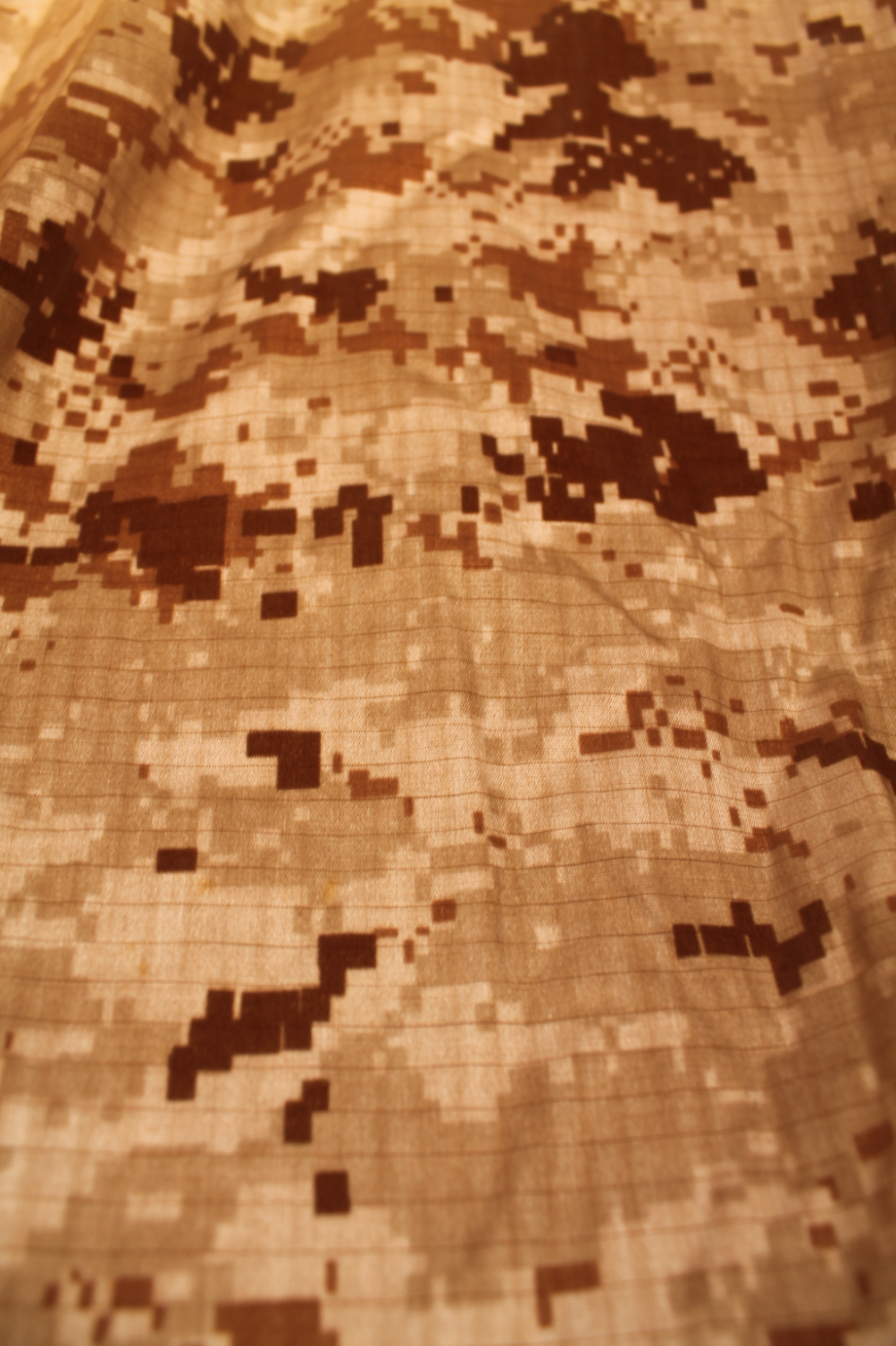 If you ever wondered what a typical Crye NYCO apparel item looked like from the inside.. your burning question is finally answered.