Much like GP pouches, you can’t make dump pouches cool and interesting, this post will get a fraction of the likes of a picture of a Crye cut shirt in a non-standard camo with a 3 word caption, but that’s social media for you.

I have not talked about dump pouches here for a long time, though they have been a consistent part of my loadouts in airsoft for over a decade now along with some usage when playing bad guy and firing off blank 556. I would have one in multicam for my work gear and it would actually be very useful for the occasional times I have been on the range going through pre-deployment training courses, but it is the sort of thing that isn’t issued and therefore blows people’s minds because it’s ‘different’. Even though the reality is that we aren’t allowed to drop magazines on the ground and therefore having a place to quickly stash empties (or partials) other than the original mag pouch would very much be both practical and expedient. 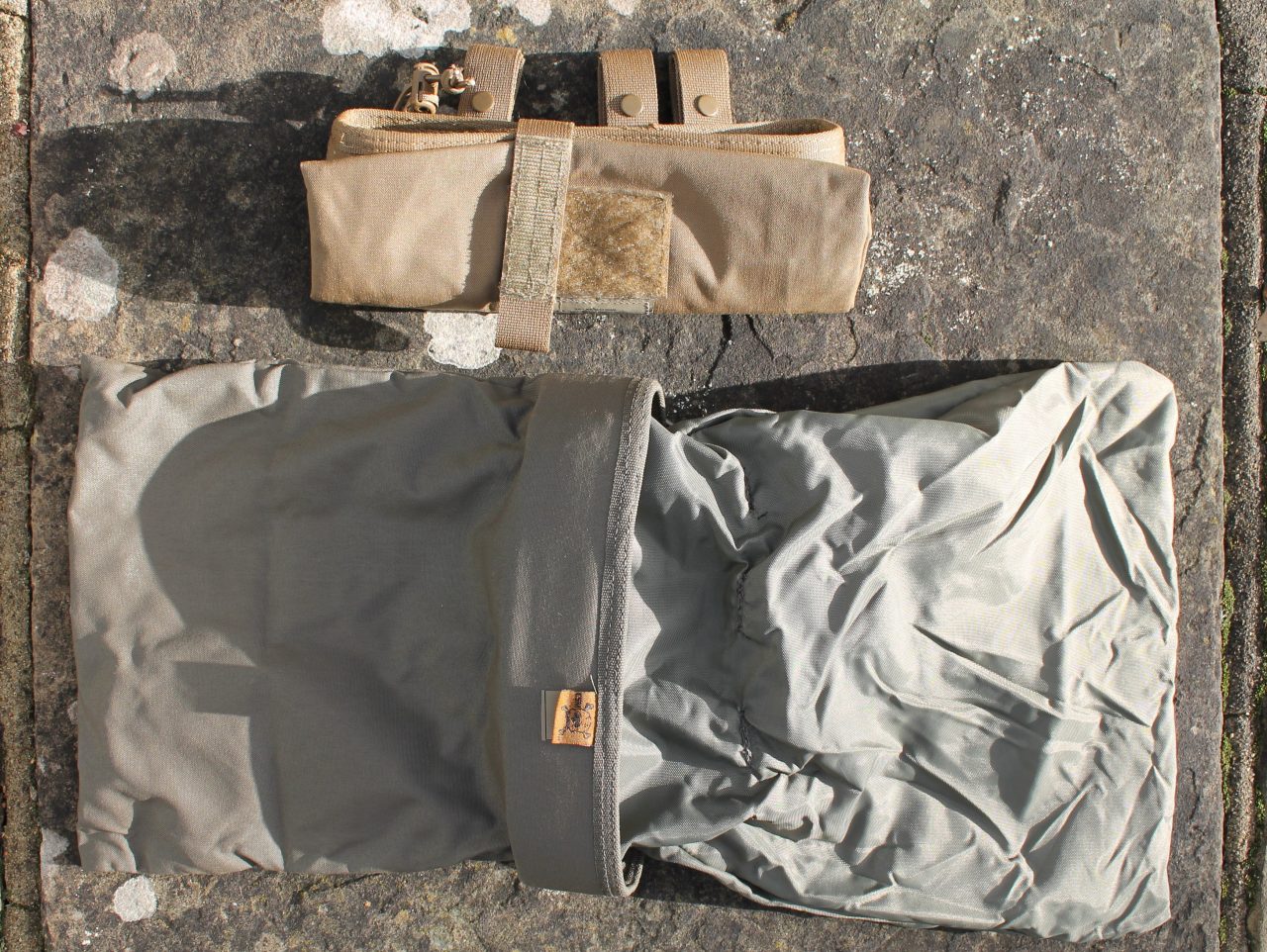 Dump pouches have their detractors and they do have limitations. In some situations their usage case may be so narrow that space on the belt line could be better utilised for other kit, but in my opinion the limitations are easily overcome by having a simple bit of awareness and by practising with your gear. Whatever your personal usage for that gear may be.

My own history with these things is that I started with a Bulle copy (from flecktarn.co.uk) of the very design shown here and that pouch worked brilliantly, which was sheer luck on my behalf. It was one of the first items I purchased for airsoft use back in 2006 before I even joined up and although I took an interest in gear from the very start I was comparatively clueless at the time. I still don’t know much, but I do know a bit more now than I did back then.

My next purchase was a Warrior roll-up dump pouch of again essentially the same design, which in retrospect is quite interesting. At the time I just thought all dump pouches were constructed that way, but in reality it is no coincidence that both Bulle and Warrior used the same design, along with dozens of other cordura gear manufacturers. As you will discover if you read the very good piece already published on these CSM Tactical Gear pouches over at The Reptile House (which you very much should do in addition to this post), you will discover they have a very long history and that clones, copies and ‘inspired by’ efforts are absolutely rife to put it mildly. However they all originate from one place.

I kept the aforementioned Warrior pouch for many years, in fact even after swapping-out and replacing absolutely everything else that was part of the same kit that pouch remained. It stood out for a long time as it was in OD Green when everything else was Ranger Green, but the function was so good the aesthetic was a secondary concern. Any of the other dump or drop pouches I have ever tried that deviate from the style you see here have simply never worked as well. I can’t say I have tried every single option out there of course, but I have given a few popular options a run out when I’ve seen them being used part of other belt rigs that seem to have been put together by people who might know what they’re doing. 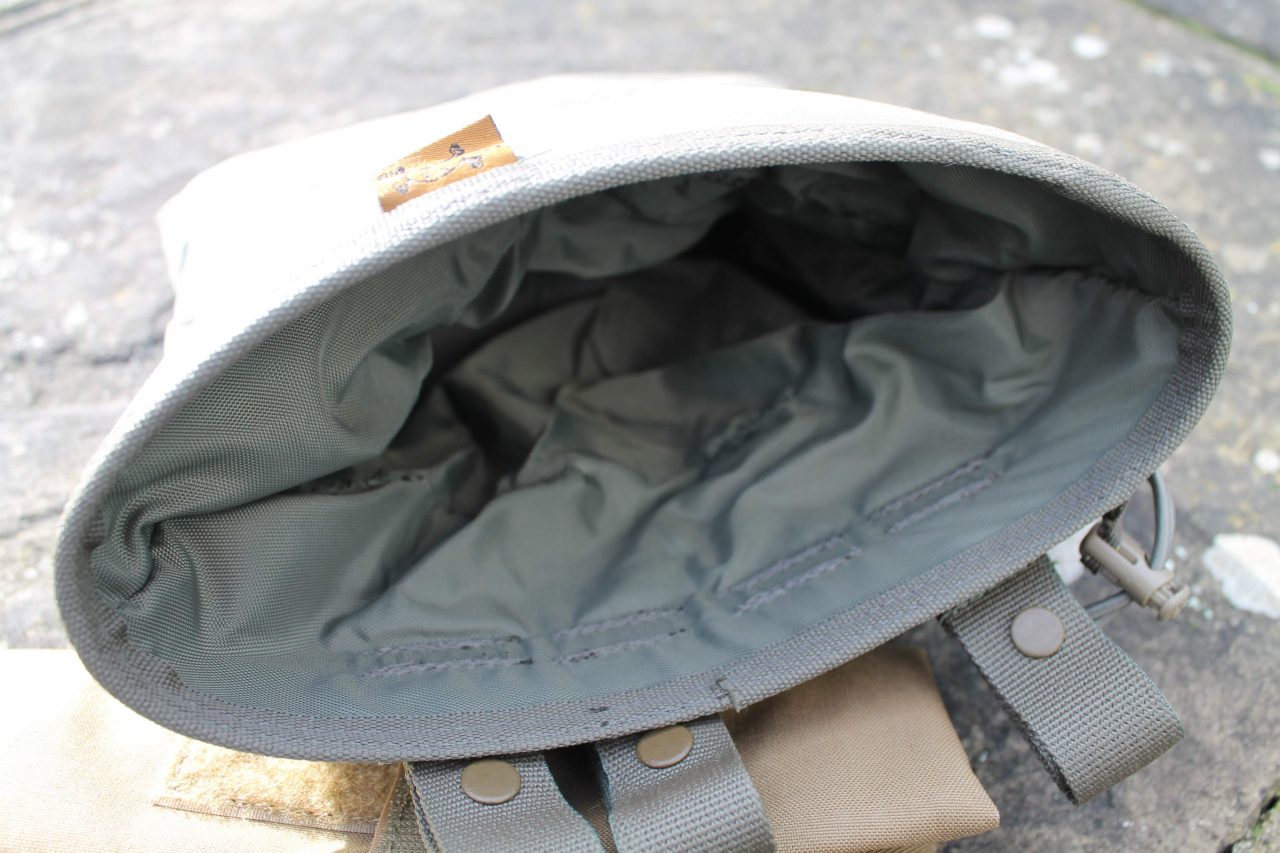 The original drop pouch from CSM that is stocked by FirstSpear just does exactly what you need it to do. The main opening is stiffened around the edge so it stays wide open for quick and fumble-free stashing of any items, while the adjustable baffle inside securely retains whatever you drop in. The whole thing rolls-up with a single 1″ webbing strap (plus velcro) and the attachment method is also 1″ webbing based, so it mounts very nicely either around a plain belt or through PALS.

I am not certain if FS are going the OEM work on these on behalf of CSM, but the 500D cordura used for the majority of the construction is an exact match to FS gear and the rest of the materials and sewing are certainly in line with what I would expect to see in a product that is ready for military usage. This is a product that is easy to skim over when viewing the product lines on the FirstSpear website, however I would urge anybody to take a closer look as I consider it a true hidden gem of the line-up. 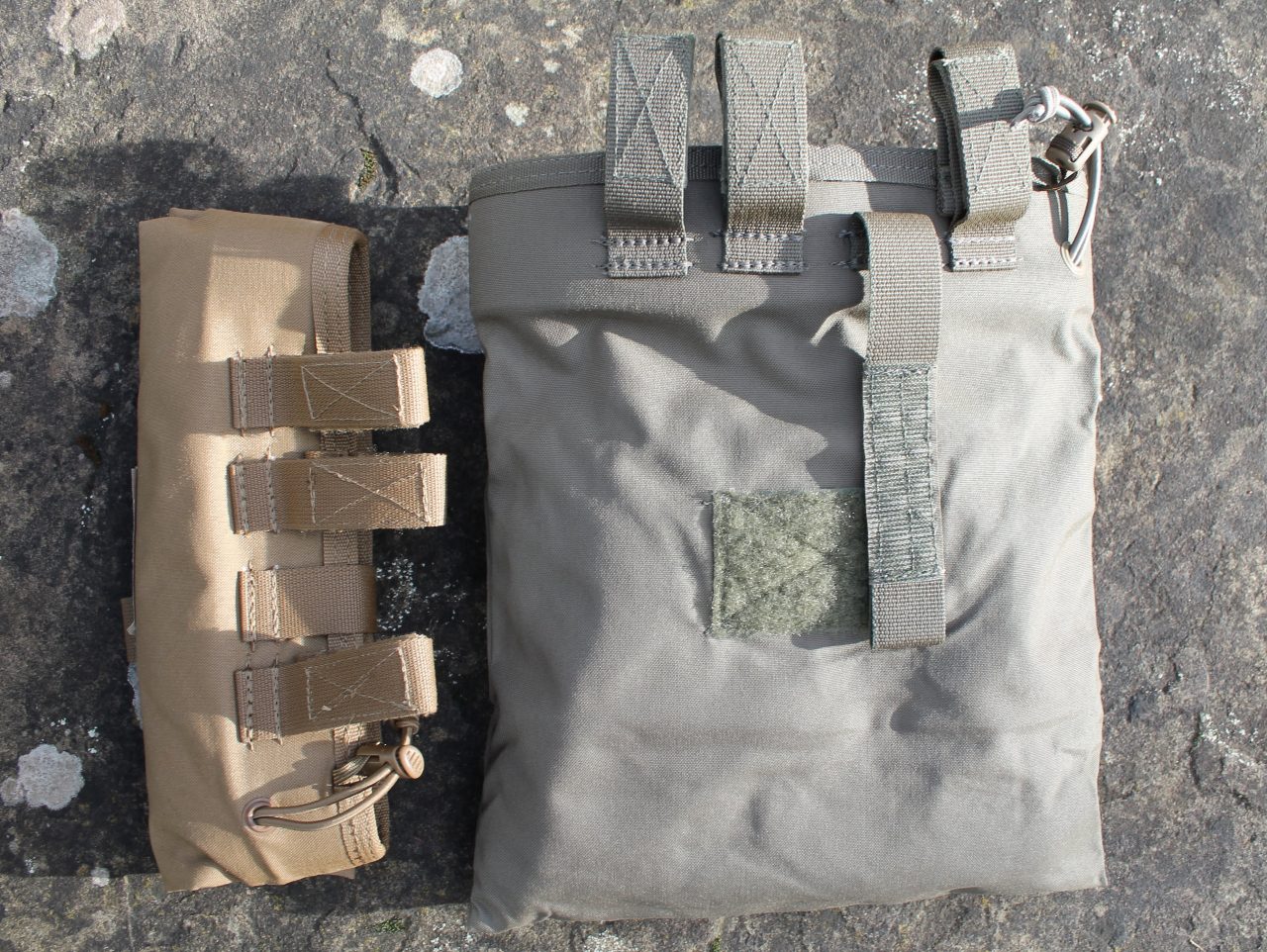