The majority of the camo patterns that have ever been issued by the US military are all fairly commonly available in various forms at this point to include uniforms and PCs/chest rigs both repro and original, but when it comes to patterns that were only briefly trialled and experimented with, acquisition becomes a lot more difficult.  One such set of patterns is those that were part of the 2002-2004 US Army Universal Camouflage Trials, a very interesting period in kit that was so ill-fated as to have wound up equipping the American Army with UCP.

In my opinion the various camos from that trial all have a very cool and unique aesthetic and I’d like to own more of them, but making that a reality is fairly tricky.  The genuine original uniforms are all long settled in the collections of serious camo guys and nobody is printing good reproduction fabrics at the time of writing.  However by a stroke of good fortune a surprisingly large batch of original ACH helmet covers cropped up on eBay a few years ago for a very low price; I can only presume they had been sat in a dusty box in the back of somewhere like NATICK for about 15 years.  In retrospect I should have bought a few, but the one is a truly great addition to the locker either way. 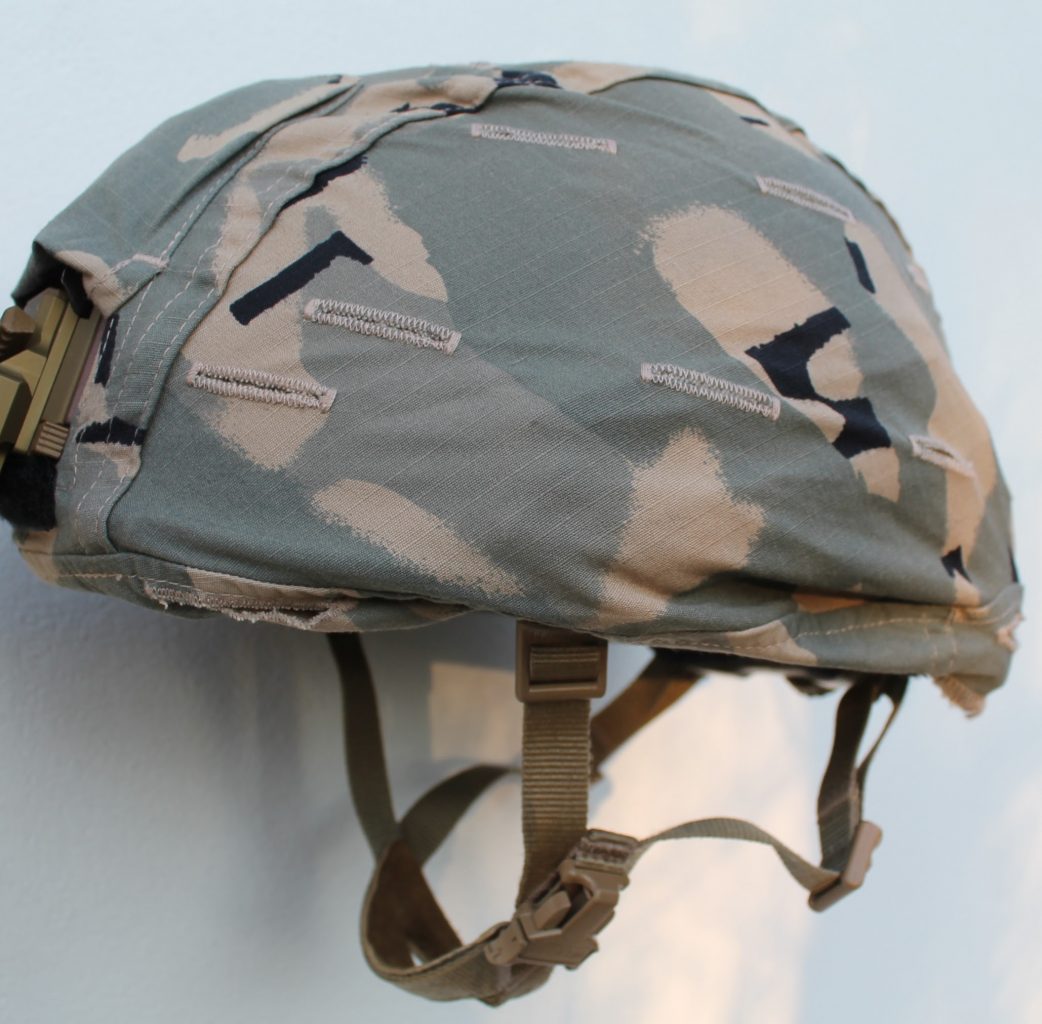 I don’t own a MICH/ACH/ECH or any replica thereof, but I took a gamble on the cover being roughly the right size for the one helmet I do own which is an Ops-Core Carbon Bump and luckily that gamble paid off.  Of course the older standard issue helmets have coverage over the ears so there was excess fabric, but in terms of general profile the two fit together nicely. 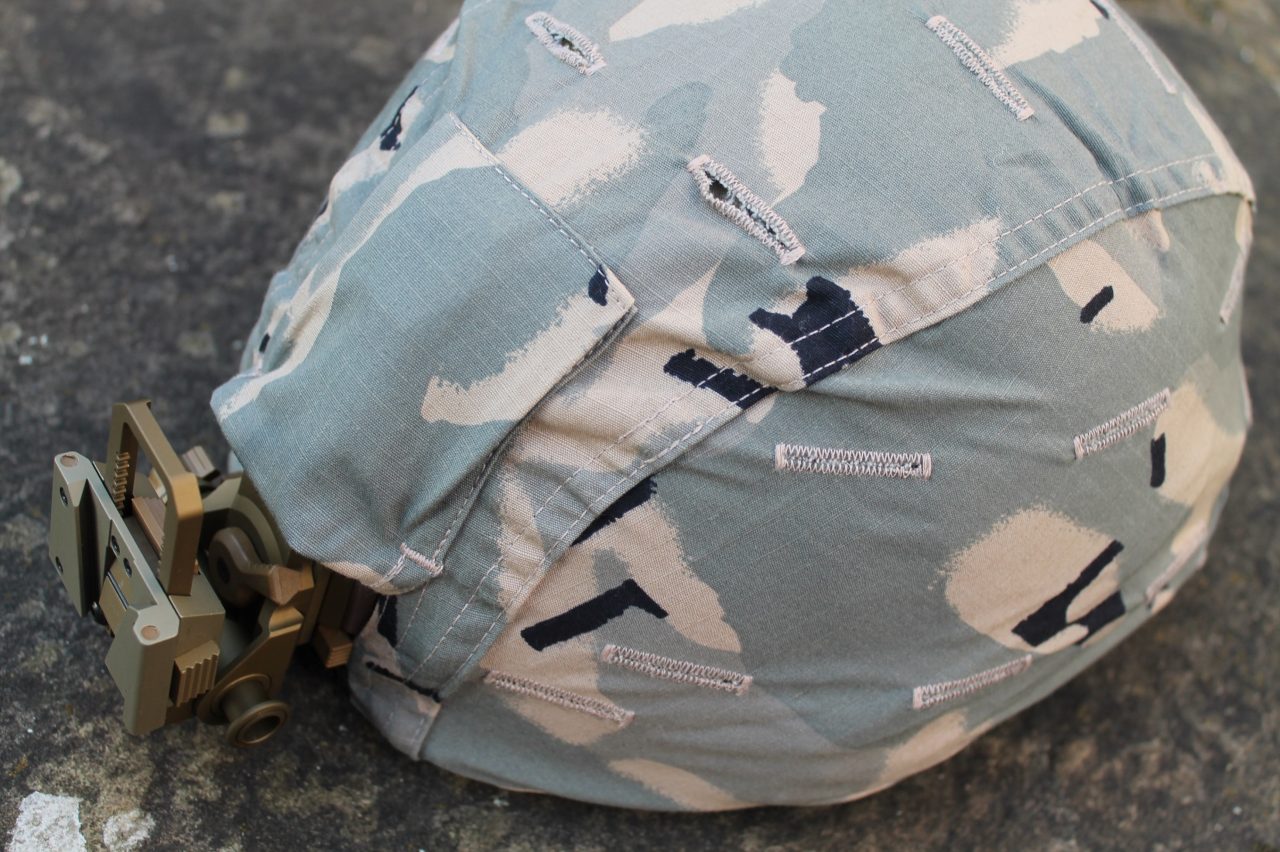 Technically I have the cover fitted backwards here in order to facilitate access to the NVG shroud as there is a small flap with velcro closure built in to the rear of the cover.  A very old archived eBay listing I dug up claims this flap was designed to go around an experimental radio that would have been built in to the rear of a new type of ACH helmet, but I have been unable to find any further evidence of such.  My original guess was the flap had something to do with mounting an NVG battery pack, but the radio thing is essentially just as likely to be true given the styles of experimental helmets that were being tested at the time. 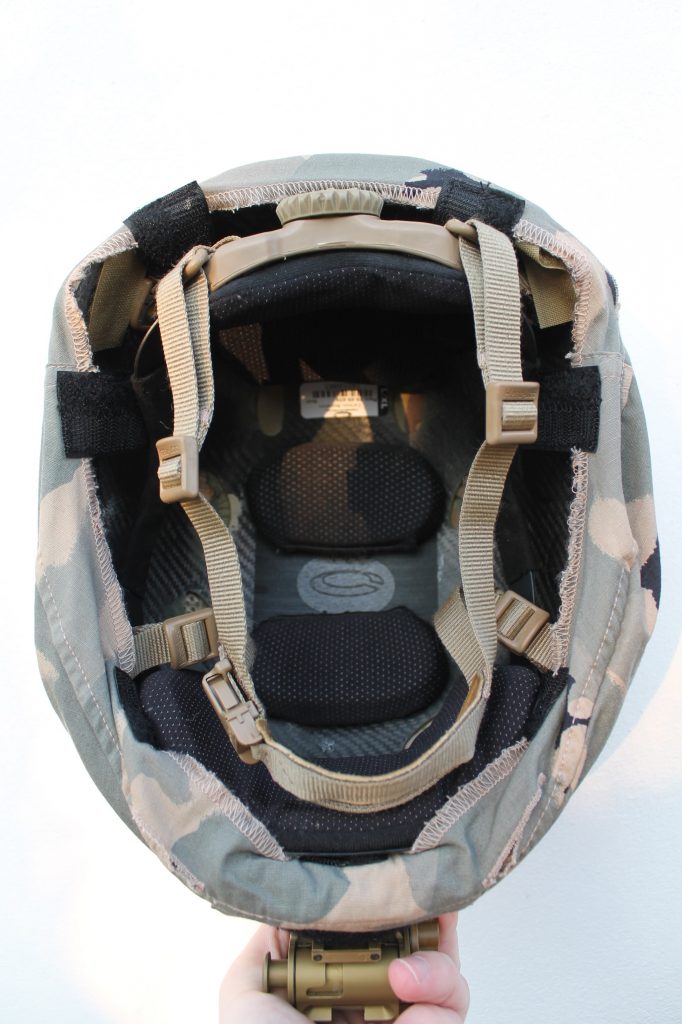 The original fixing tabs are made up of short strips of both hook and loop sewn together, I have no idea why since I can’t imagine the ACH helmets these covers were intended for had small areas of hook next to loop for the attachment of covers, but perhaps this was done to sandwich the fixing tabs inbetween the velcro on the helmets and the corresponding velcro on the suspension system and pads used at the time.  There is no label or description/identifying text of any sort inside this cover for me to show here sadly. 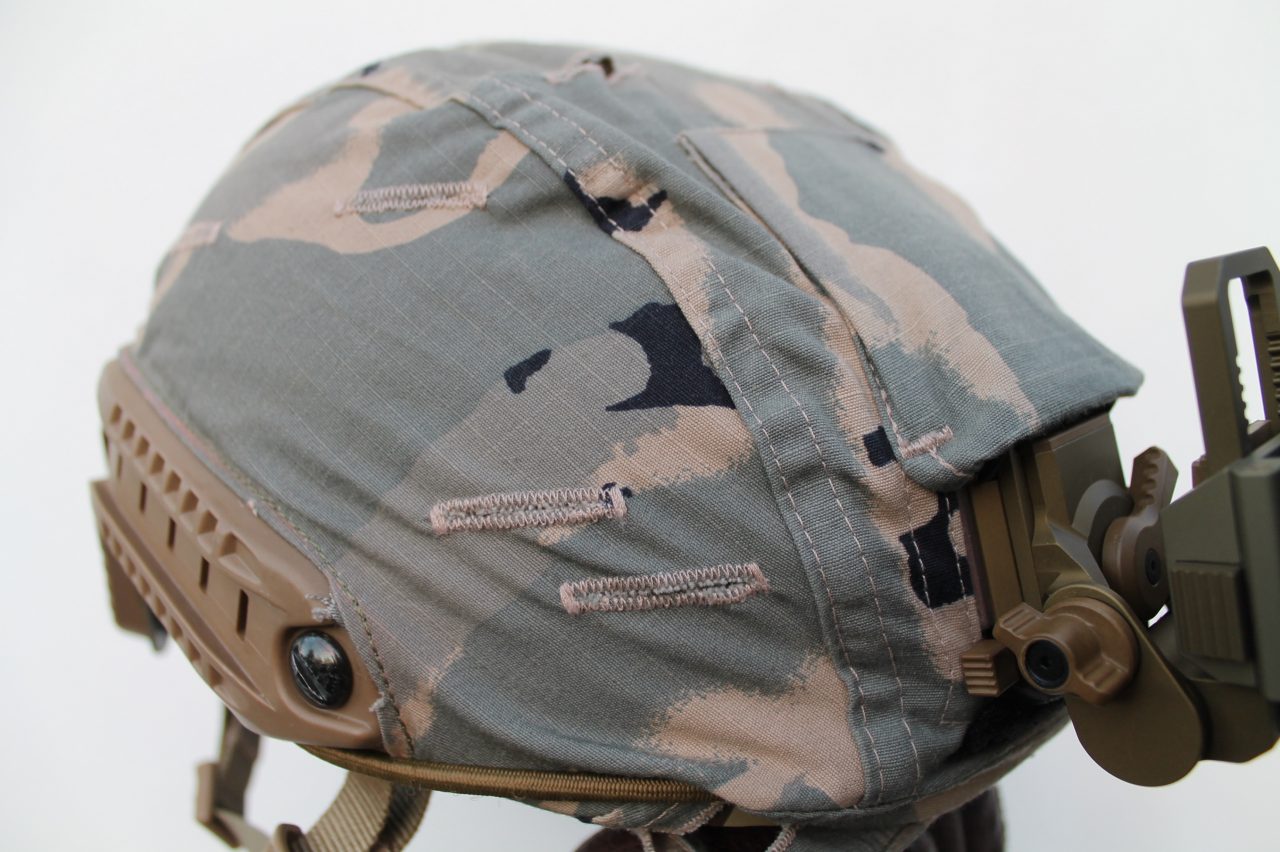 As mentioned, not owning a MICH of any type and having no plans on picking one up I sent the original cover to my mate Tactical Wolf who did an excellent job of cutting the sides and restitching them in line with the ARC rails, along with removing and reattaching the velcro tabs in to positions where they align with the hook inside the Ops-Core shell.  Doubly impressive when you consider I didn’t send him my specific Carbon Bump to use as a template, just another completely different cover from UR-Tac designed for the same lid.

I made one particular member of a camo collector group on facebook incredibly irate when I posted pictures, but seeing as I paid about $25 for the cover and there’s a good 150+ other originals out there which I doubt have been modified, I’m fine with this.  Especially since I own what I’d wager to be the one and only O-C cover in this camo.

Expect more Universal Camo Trials patterns/content here in some form or another in future.  If I can make the things happen that I want to happen.