The last thing you want to do when searching for any kit, is limit yourself to only searching shops that cater to your specific work or hobby. Pretty much everyone makes this mistake starting out, but over time if you keep your eyes open and read around at good places, you’ll soon learn that it’s far better to keep your options open. If you’re in the ‘tactical’ realm, you ignore the outdoors gear market at your own peril and vice versa.

I’ve been issued a couple of pairs of SealSkinz waterproof socks at different points in my military career, but at the times I’ve had to walk through water in boots, it’s either been shallow enough for good quality boots to keep my feet dry, or so deep that socks would’ve been pointless anyway; never really experienced that middle ground.

Gloves however are a key piece of gear for me personally during the colder months. I’ve done a lot of tests and made a lot of observations over the years and I know that my hands are just terrible compared to most folks when it comes to staying usable in the cold. The rest of me is about normal vs people of the same build, but my hands get to the point of going ghostly white/purple and useless rather rapidly. It’s annoying but that’s the way it is, all I can do is gear up accordingly and pay attention to the weather. Hopefully this recommendation will also come in handy to other people out there who struggle with the same issue. 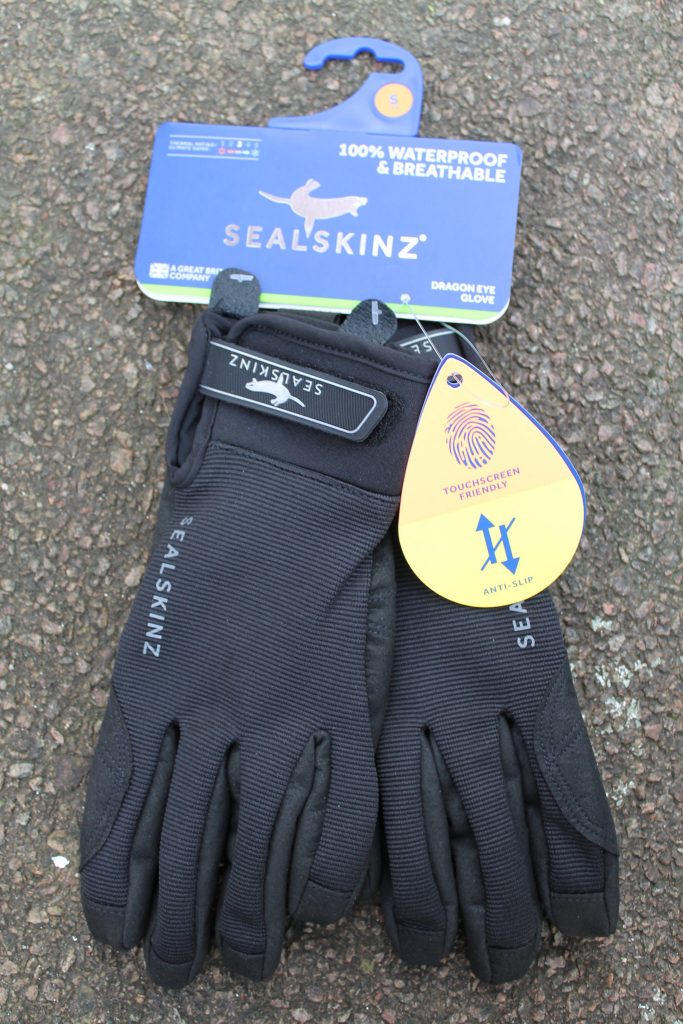 Now, the British issued thick leather glove is one item of issue kit I genuinely like. You can actually clean them by putting them on then going to a sink as if you were washing your hands, hold them under the tap for a good while and water just does not get through at all. This is probably not the best idea for the leather, but if you do it occasionally and apply some care product after you’ll be fine. The problem with them however is they use a fairly basic insulation that’s very bulky and operating a weapon with any speed gets rather difficult. This is of course the classic issue with shooting in the cold and wet; the thicker the glove, the more dexterity you lose and you have to find the right balance. If you don’t, you’ll either hurt and be unable do stuff because your hands are cold, or, you’ll be unable to do anything without taking the gloves off because said gloves are too thick.

I spent a long time searching for something in that elusive ‘middle ground’ and ended up going with the Dragon Eye gloves from Sealskinz. They’re windproof (which should never be underestimated) and if you do the hand wash test, water will only eventually get through the stitching, the material itself is totally waterproof so no amount of rain is ever going to permeate them. The insulation is enough to do a decent job when it’s getting below 10 and yeah you’ll lose some dexterity for doing very small/fiddly work, but the insulation-thickness ratio is pretty impressive and the shaping and cut overall keep everything fitting close, so operating a rifle or pouch lids or pocket zips is still very much on the cards.

Seal do also offer a specific Shooting glove, but if you google it you’ll notice the finger trips aren’t nearly as structured as the Dragon Eye. The trigger finger can be folded away, but unless you’re going for targets beyond 300m with a precision rifle don’t feel a need for that sort of feature. I think you can get better trigger control with a warm trigger finger that’s gloved than you can with one that’s exposed and only getting colder.

Infinitely better weather protection than your average pair of Mechanix, Magpul or PIG gloves. Given the quality, materials and design, I’d rate these gloves as an extremely strong option and especially so given the price. More tactical looking offerings from Arc’teryx LEAF do similar stuff but will run you 2-3x the money. When you don’t know what the weather might throw at you, or you’re going somewhere you definitely know it’s going to be shitty; these have got you covered.