A small cross section of the evolution of lower face protection for airsoft, which funnily enough ended up also being used a fair bit by the top end of British SF and armed police (seemingly for persec and protection from training rounds).

For a long time in the 90s and early 00s there was a large array of very weird looking and mostly impractical kit that was aimed at protecting the lower half of your face in airsoft games, mostly it was about not getting your teeth shot out. For the most part however they looked like BDSM gear, hampered your breathing and did a great job at catching lots of dank, cold moisture from your exhalation. Then around 7-8 (rough guess) years ago some manufacturers in China started pumping out simple lower face masks made of steel mesh that entirely stopped BBs hitting your face, but didn’t hinder airflow or prevent any of the water in your breath from escaping to atmosphere. They became extremely popular in a short space of time.

The biggest disadvantage to the first mesh masks was their size and the hindrance they caused to getting a cheek weld on your stock, given the inflexible steel mesh. You could also end up with a lot of straps around your head from different items of PPE. Shortly after they hit the market my mate Ko-Tac was modding them to be shorter, narrower and even went to the lengths of buying Ops-Core o2 mask strap kits to sacrifice and mount the cut down masks directly to a helmet, as depicted in the header image. An improved solution and many, many years ahead of the large manufacturers. 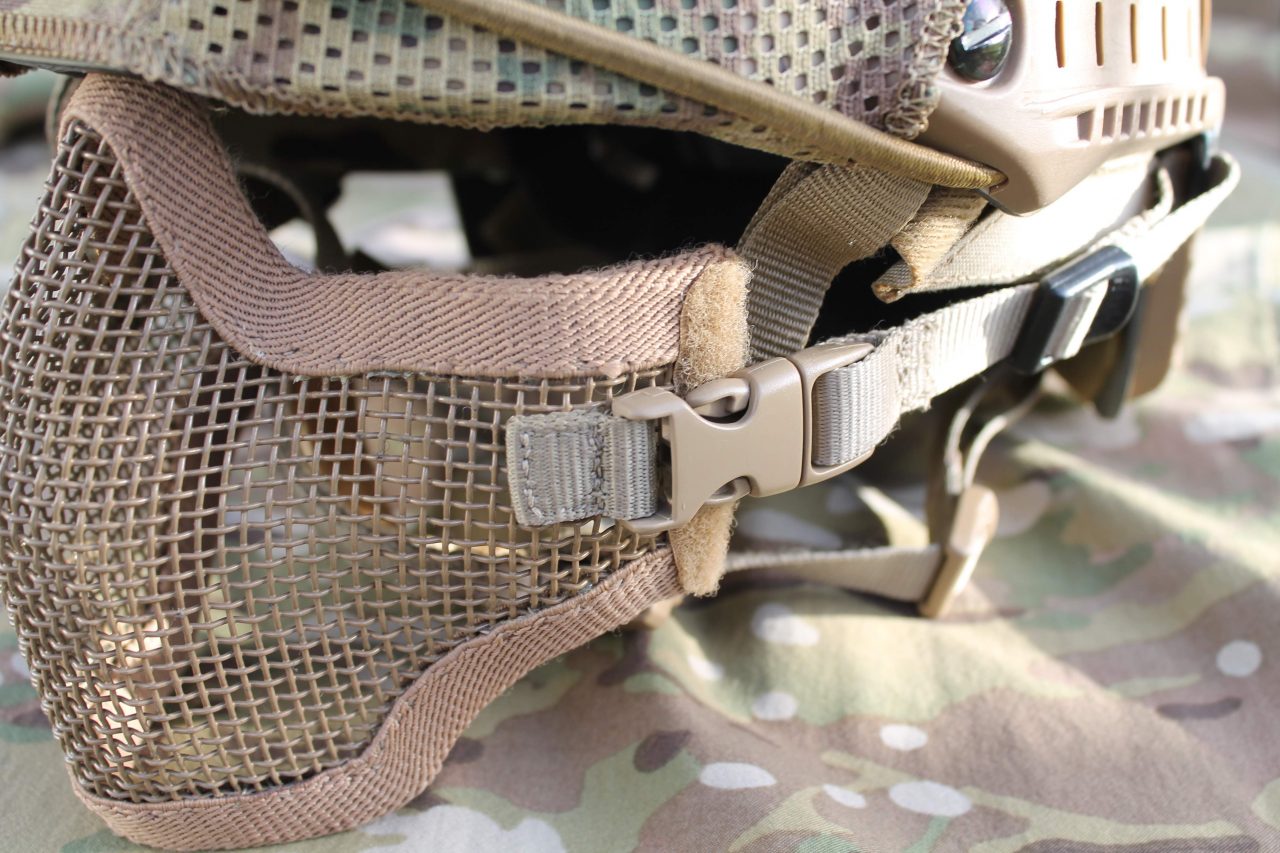 An interim mask that I did pick up but never ended up using is shown below and has cordura around the sides on the exterior with spacer mesh on the insides in an attempt to make for a slightly more comfortable cheek weld. Unfortunately the steel mesh still runs under the cordura making the sides solid and obtaining that good cheek weld entirely impractical, plus the overall size is the same as those original lowers that my friend had been modifying years before i.e. unnecessarily large. On the up side this option did come with the straps to clip right in to Ops-Core rails. 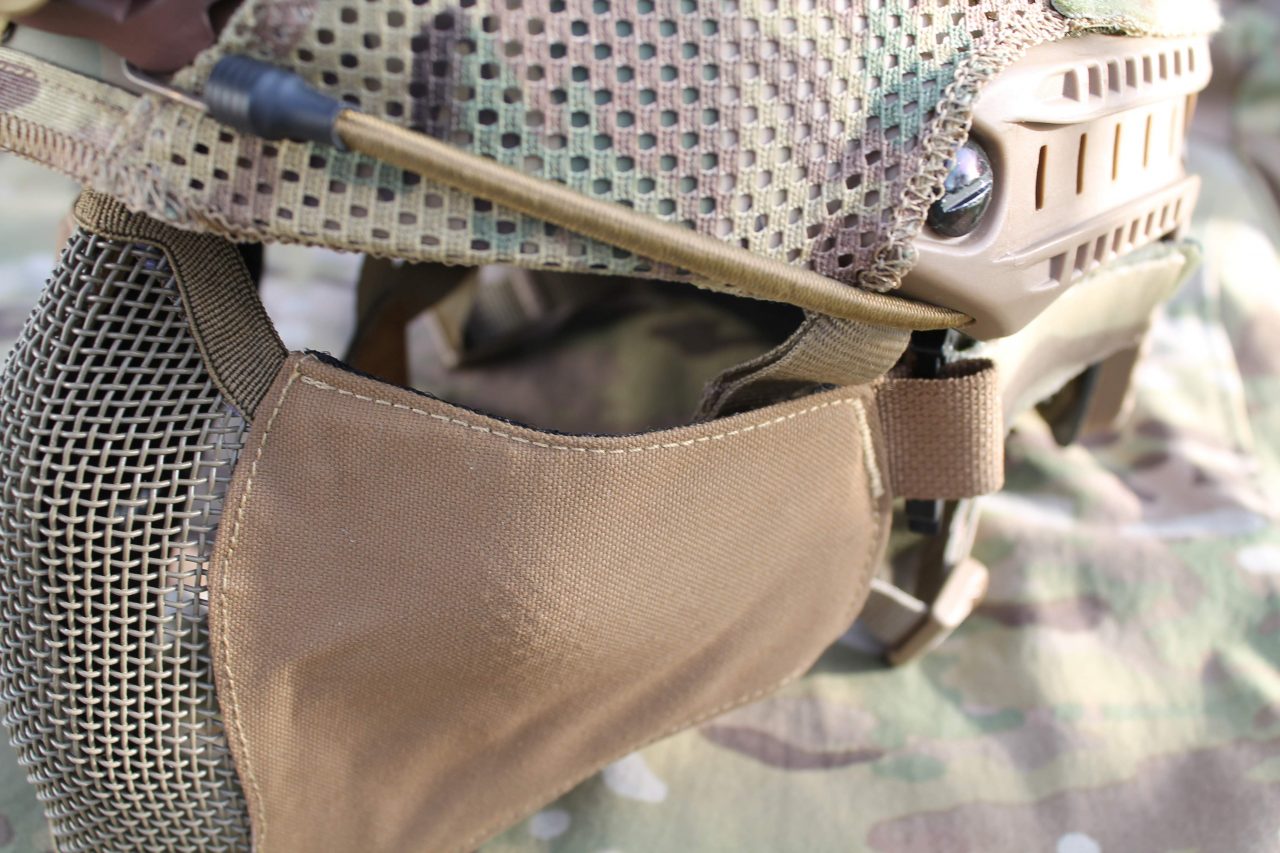 Lastly we have the option that I use now, as from my digging and researching I believe it to be the best all around mask to protect the lower face from sport/training-power level projectiles. The OneTigris ‘Scream’ masks safely protect your teeth and let you breath freely just like the original large mesh masks, but the flanks are comprised of cordura and spacer mesh meaning your cheek weld feels almost exactly the same as it would without a mask. I have no association with OT, they don’t know who I am, but I’ve bought 3 of these for myself as my go-to for face pro if I do decide to get out and play some airsoft. 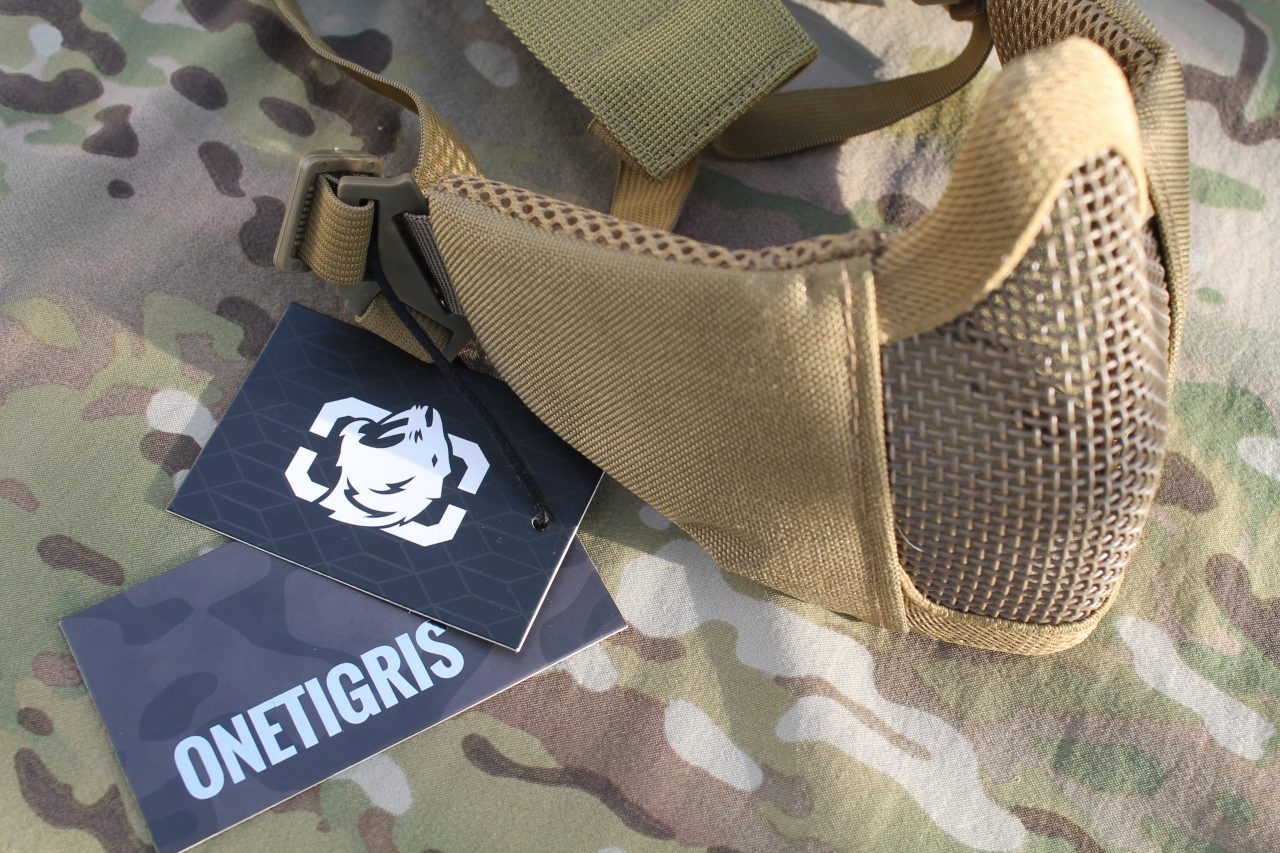 Apart from the physical properties of the Scream, the other aspects that I really like are the price, availability and the materials. You’re getting (from what I’ve seen) the best overall protection that you can for the area that’s most vulnerable to damage after your eyes and for only £/$15, plus they’re supremely easy to get all around the world, including Amazon UK and US. The colour/camo range is as wide as the offerings from Spiritus, including all the usual solid colours, all variants of MC and US Woodland. I was half expecting the various Multicam cordura fabrics to be Chinese knock-offs even though the patterns all looked strangely spot on, but as you’ll see in the product description they’ve actually used the real stuff in making these and it does show. 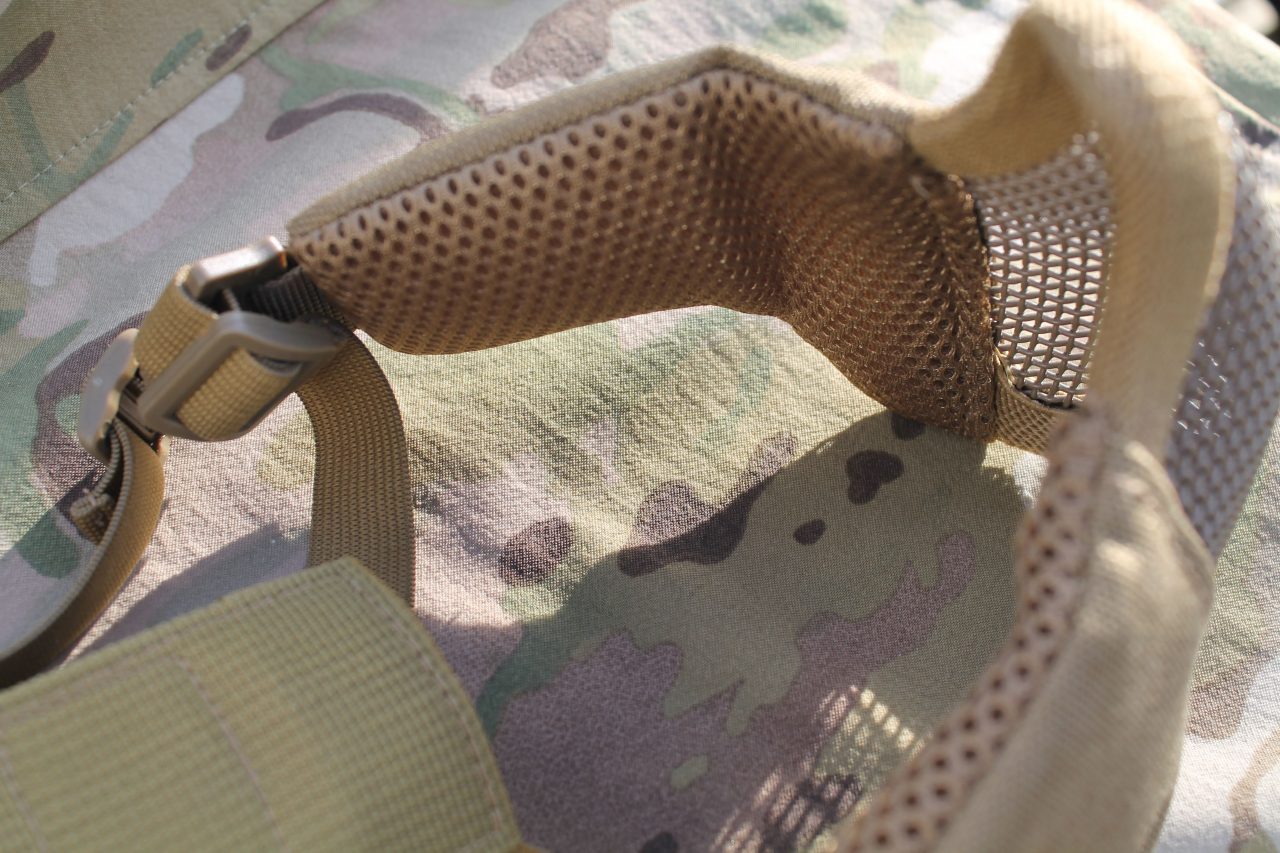 You will have to scrounge up or bodge together some straps for direct helmet connection if you want to go that route, which is easily done but I feel OT should be offering this by now, at least as an optional accessory for a couple of quid. Now, If they’d been using fake camo fabrics I’d not be here giving these masks a strong positive mention, but as things stand I actually don’t mind doing it at all. I’ve not tried any other OT gear and I don’t plan on it truth be told, but when it comes to airsoft specific bits of equipment that aren’t made by the higher end gear brands you will tend to find that the best options will come from some of the more budget manufacturers. 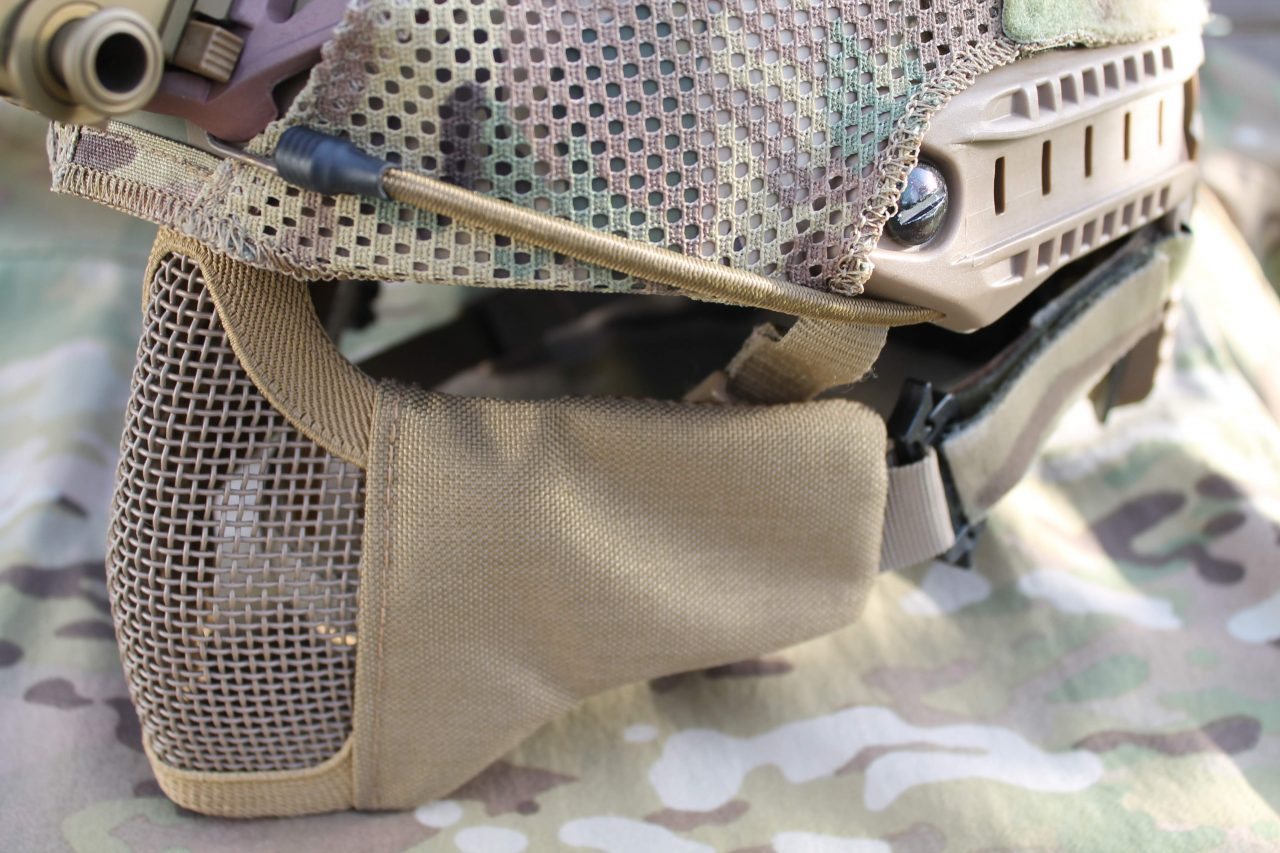 At some point in the future I’ll post up my actual complete face-pro setups for skirmishes which integrates the OT Scream with fan assisted goggles in one package with just one strap around the head. Some of you will have seen the idea already, but I’ve also just in the last week picked up some brand new goggles from a brand I’ve not tried before to refine the concept further which should be interesting.