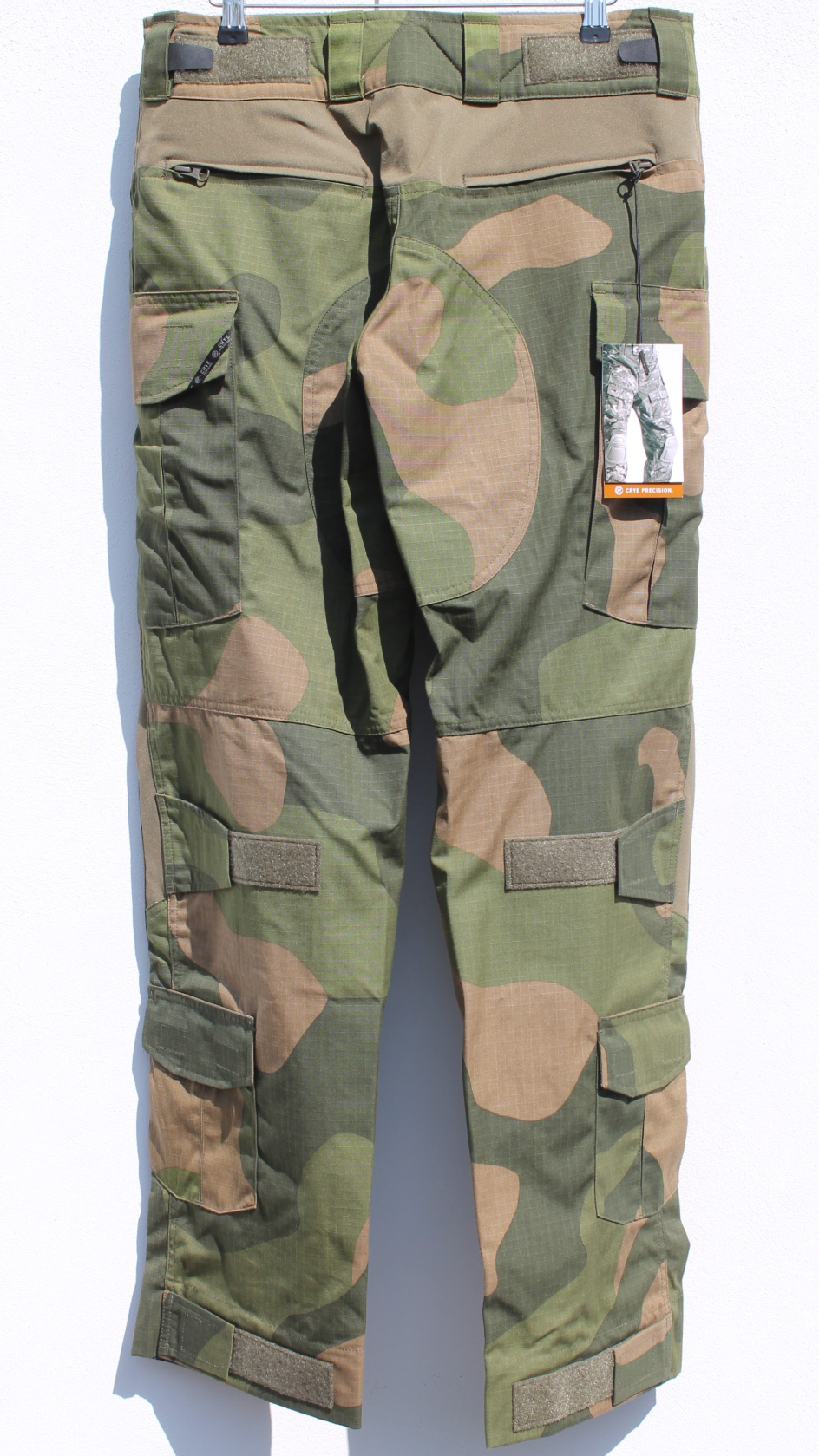 For a late 20th century woodland pattern M98 is interesting in palette compared to the more common patterns used by larger militaries around the same time.  UK DPM, US Woodland and French CCE all have 4 colours which are pretty similar; tan, green, brown and black; Flecktarn is similar, but just adds 1 more colour.

Swedish M90 does have 4 colours but Danish M84 only has 3, same as the Norwegian M98 here.  Finnish M05 again has 4 colours including tan and black but then has 2 types of green like the other Northern European patterns, whereas the UK, France and Germany all have Brown in their camos with only one type of green.

I’ve not personally visited any of the Scandinavian countries, but looking up pictures of Norway and Sweden online they appear to be generally very bright green outside of the snowy months.  Verdant grasslands, lots of pines and other bright green tree species, overall lighter shades than in the UK, most of France and Germany. 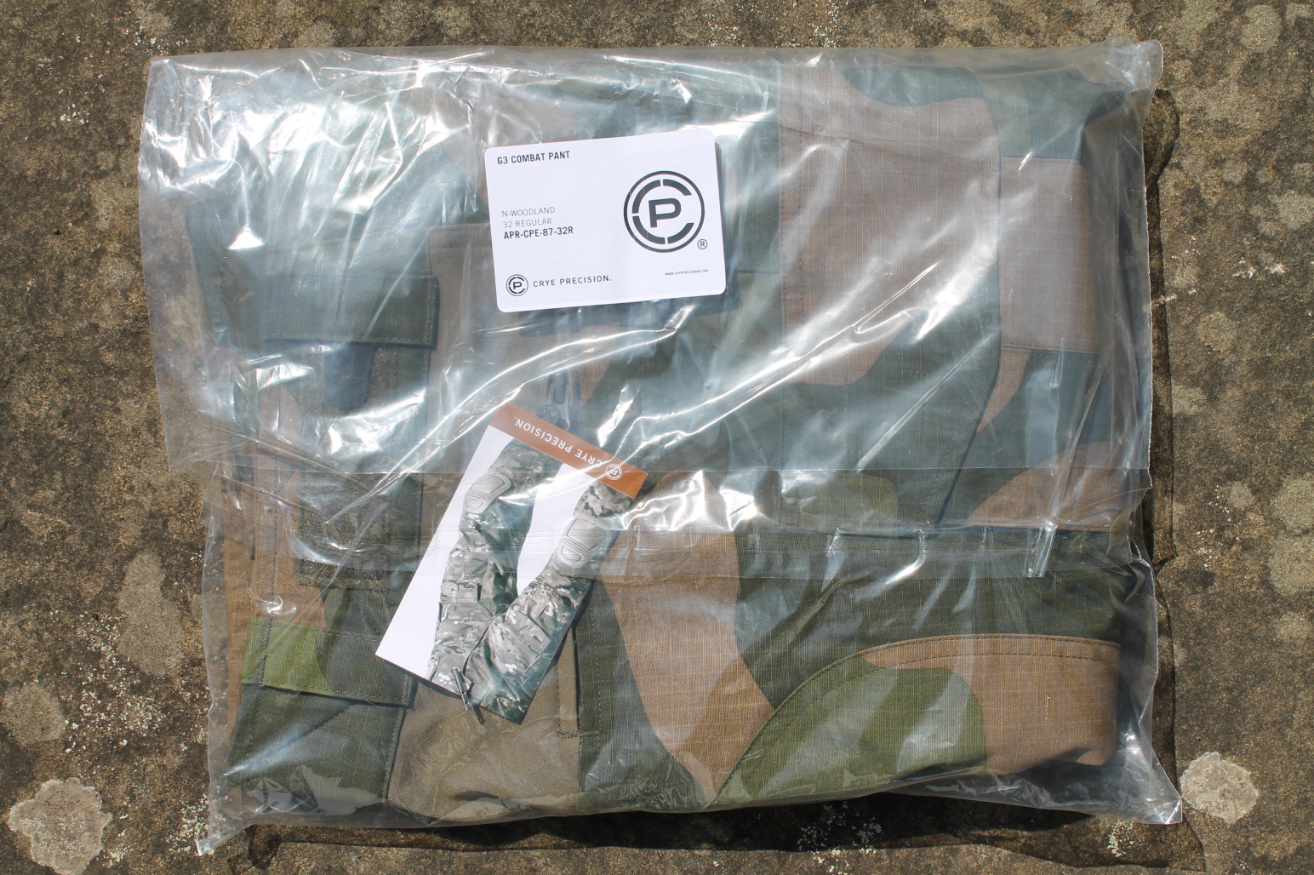 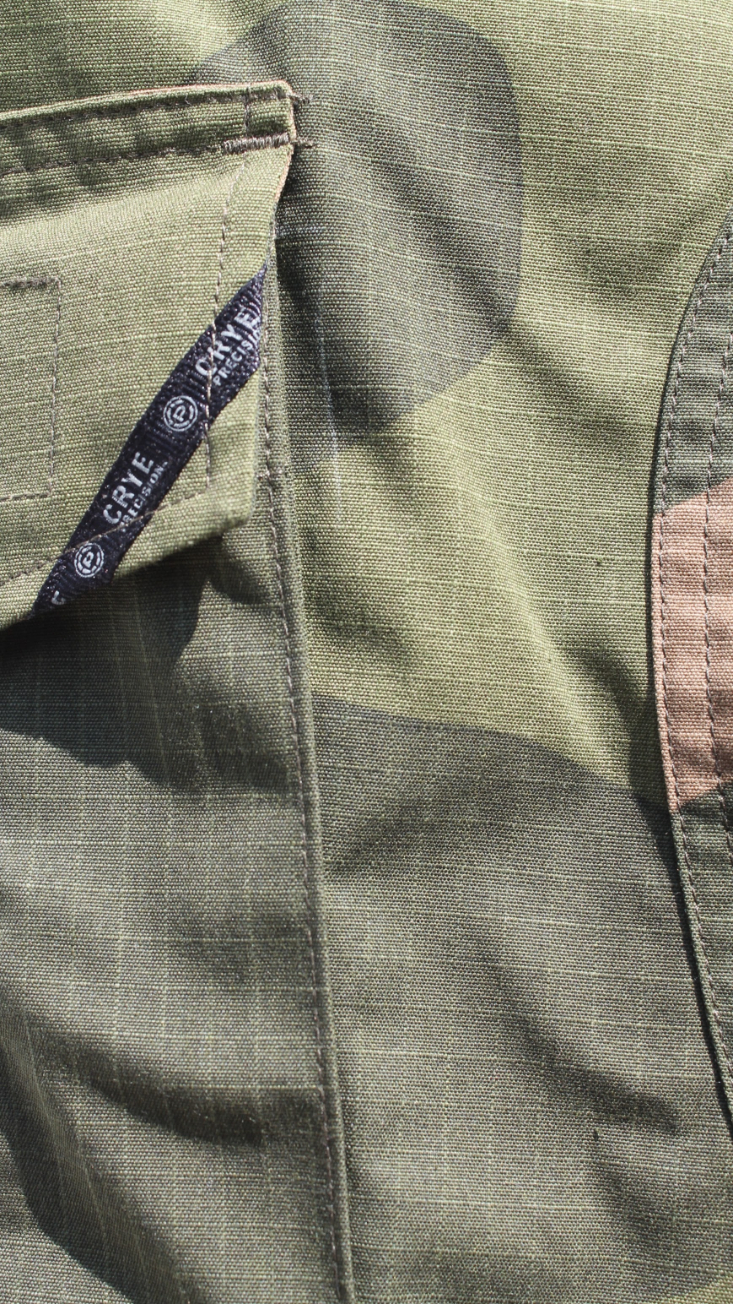 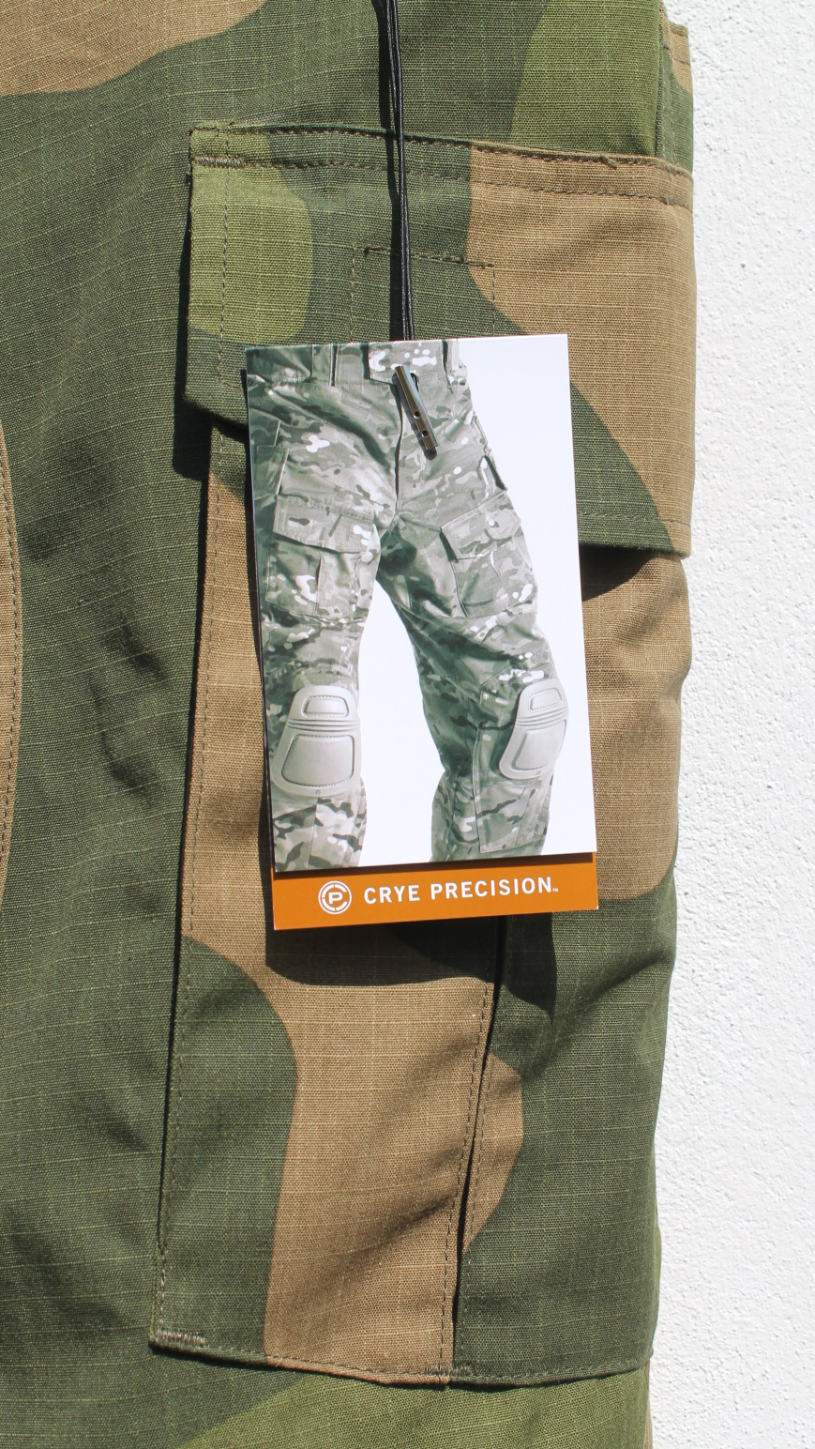 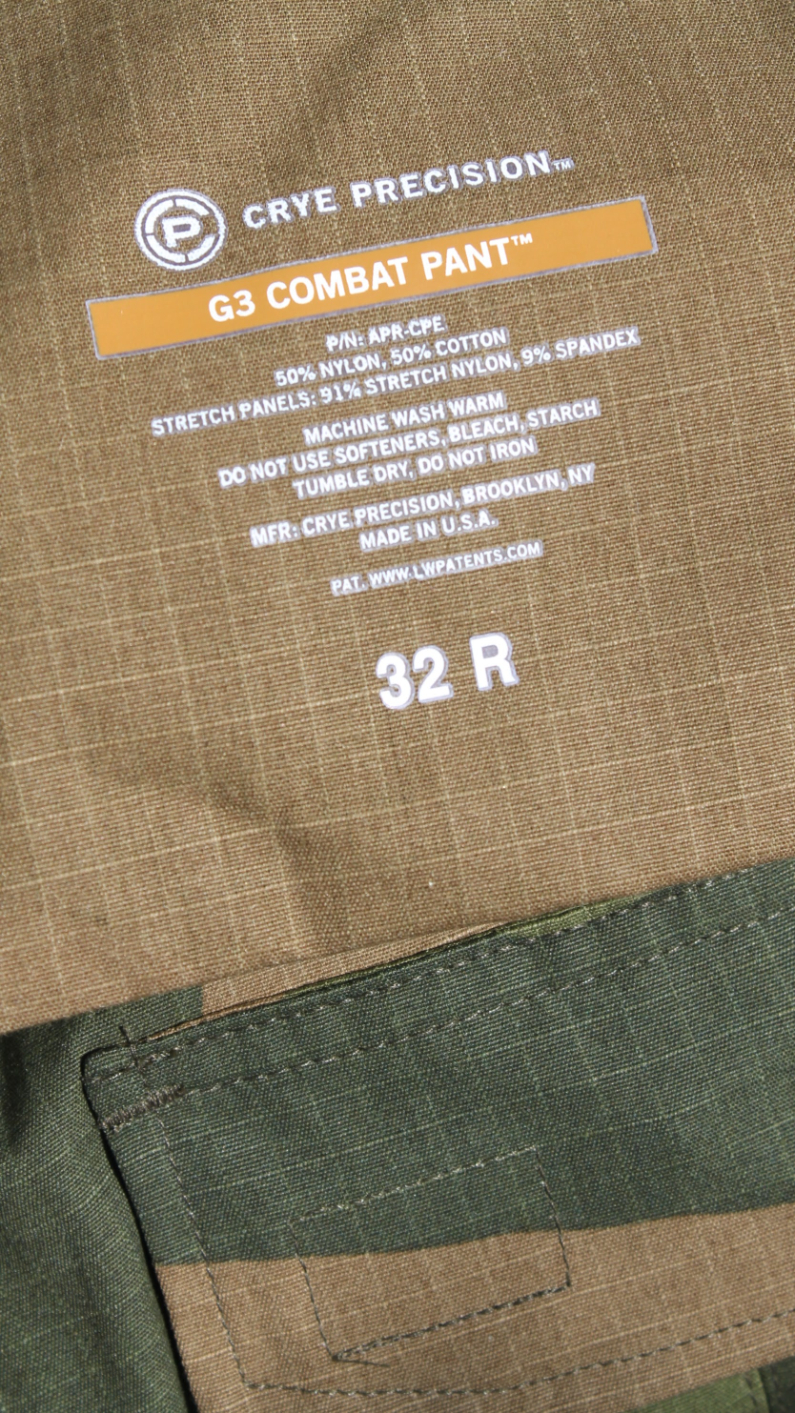 Crye G3s in this camo were originally manufactured for the Norwegian military with G2 labelling stitched inside them.  There we field shirts, field trousers and combat trousers, but no combat shirts.  Several years after that in 2018 , NoseGear.com had another batch commissioned to be manufactured for commercial sale, purely of combat trousers this time and since G2 labels are long gone they have the standard heat transfer G3 markings internally.