Head of Human, Body of a Lion

Here’s a creature from ancient Greek myths that died out a long time ago – the Sphinx. Though this version from from Arc’teryx LEAF. 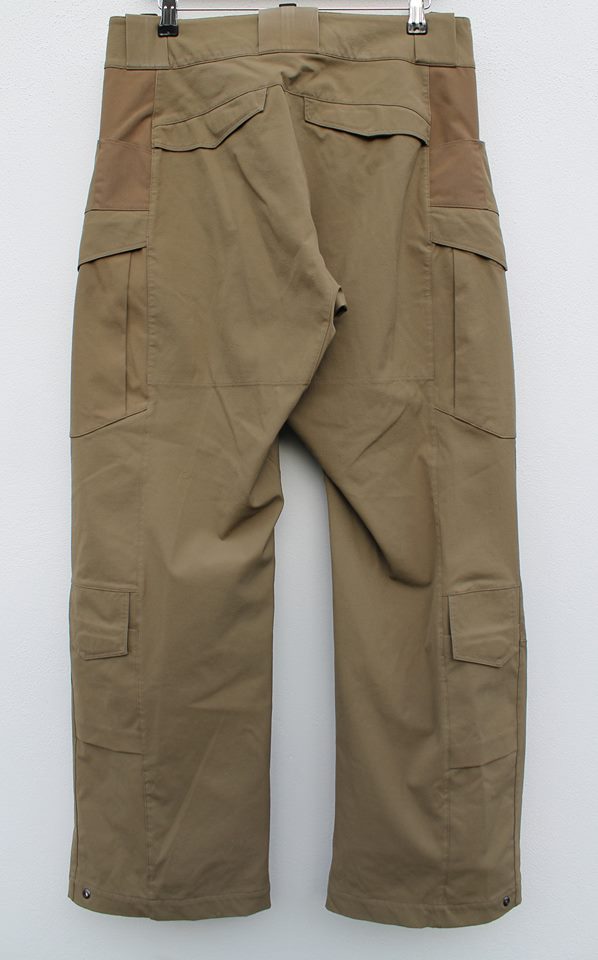 For those who’ve been cutting around long enough you may remember that LEAF used to offer a full line of inclement weather clothing based on the cut of the Talos NYCO gear and each set was named after creatures from the Greek legends. There was the Sphinx, Minotaur, Gryphon, possibly Centaur though I’m not certain and probably more I’m not remembering. But they were all hybrid creatures of at least 2 different animals, which is the key here.

There were all types of materials used in some mixtures that pretty much only existed in those specific garments and haven’t really been seen much since, or in some cases only until fairly recently and not in large production numbers or from prolific companies. As far as I’m aware all the shirts were combat type with different fabrics on the torso vs the sleeves, generally something thinner and more breathable with less water resistance. For example the Gryphon was a hybrid of Gore-Tex hardshell fabrics for the sleeves, collar and hood with a Tweave Durastrech softshell in the torso. Being a shirt designed to go under body armour, this of course means the area not covered by the armour is thorougly water proof but you’re not holding in unnecessary sweat under that armour.

If you want to read more it looks like Arc’teryx never got around to deleting this part of their site even though the product is long discontinued (Thanks to militarymorons.com for being a superb archive of cool info like this):

Other shirts in the line included mixtures of different softshells, some with insulation, there was one example with softshell sleeves and a fleece material torso for cold weather wear under armour etc. They were all of course, incredibly expensive on the civilian market and did see some some limited use by SF, but we’re talking the late noughties here when everyone was in Iraq and Afghan and while, yes, obviously places in those countries do get cold in winter/at altitude, the cold and wet just wasn’t a focus equipment wise for most parts of ISAF.

I won’t run through the features on my Phinx here because there’s already a video up on my channel going through the Talos trousers with are just the same so you can go back to watch that if you’re interested. Materials wise the vast majority is a superb Tweave softshell that’s light, blocks wind and a good amount of rain, breathes, is incredibly resistant to any form of damage and basically never fades. There’s 2″ webbing reinforcement on the knees which is a huge plus to my mind over PCU L5 and Crye All-Weather field pants, plus of course the Arc knee caps can be fitted. Also very light nylon reinforcement of the pocket edges, cordura for a torch/knife and a very soft fabric lining waist which is common for waists and collars in all sorts of garments; something the Crye G4 combat pants will also be bringing. I presume this is to alleviate friction against the skin for long term wear by serious dudes spending days/weeks ‘out’, though being a hotel dweller myself I’ve had minimal experience with wearing armour or belts so long they chafed the skin even through clothing. Though that minimal experience was enough to know that when it starts it is no fun at all, that is for sure. 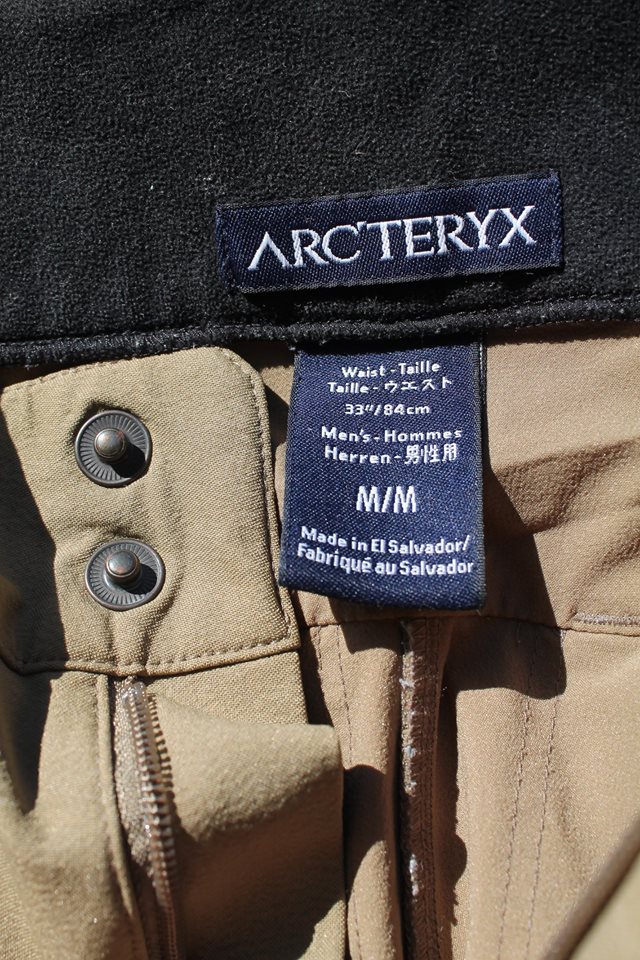 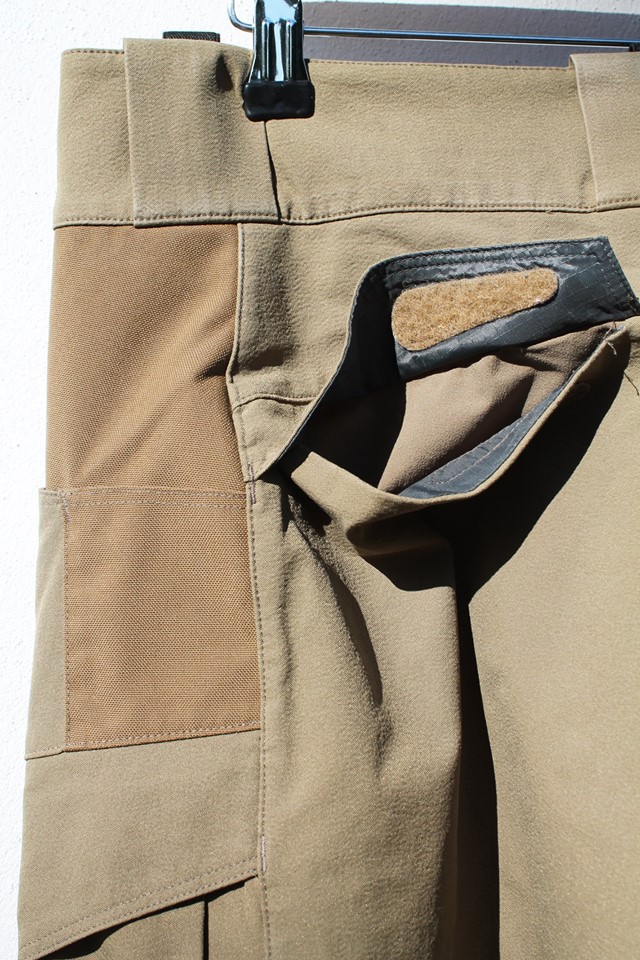 Essentially I wanted a set of trousers that would serve me as well as anything could in typical English winter weather and as I’ve mentioned in the past softshell is the way to go. ECWCS L5 trousers in multicam can be had far cheaper and will do a similar job in many respects, but when these came up in my size with fairly little usage on them they just fit the bill too neatly. They certainly could work very well for any outdoor pursuit being a fairly innocuous colour (and not camo), plus of course for the odd weekend airsoft game on the tan team they’ll be quite literally exactly what I want in a lower garment. 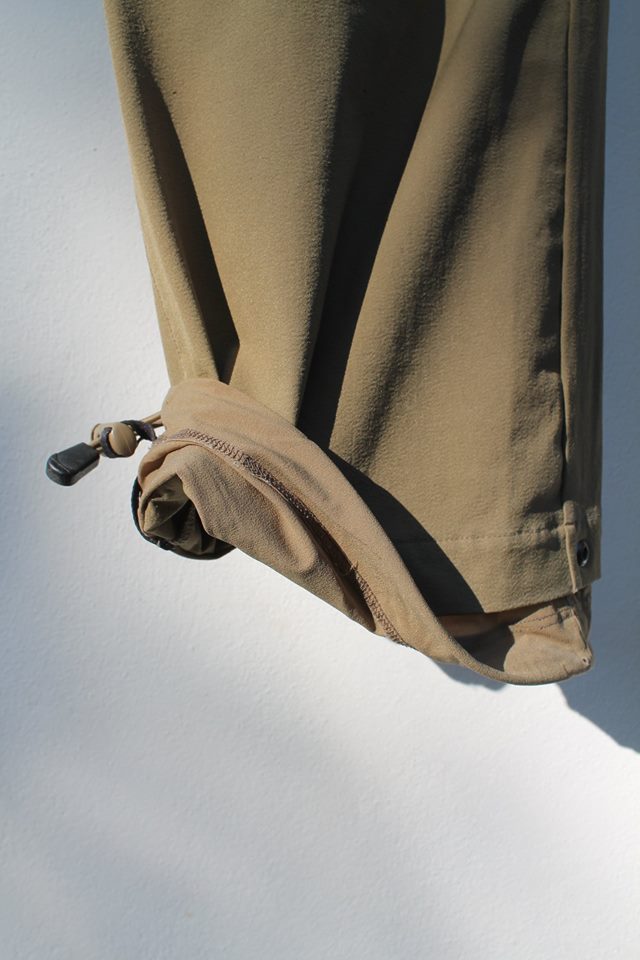 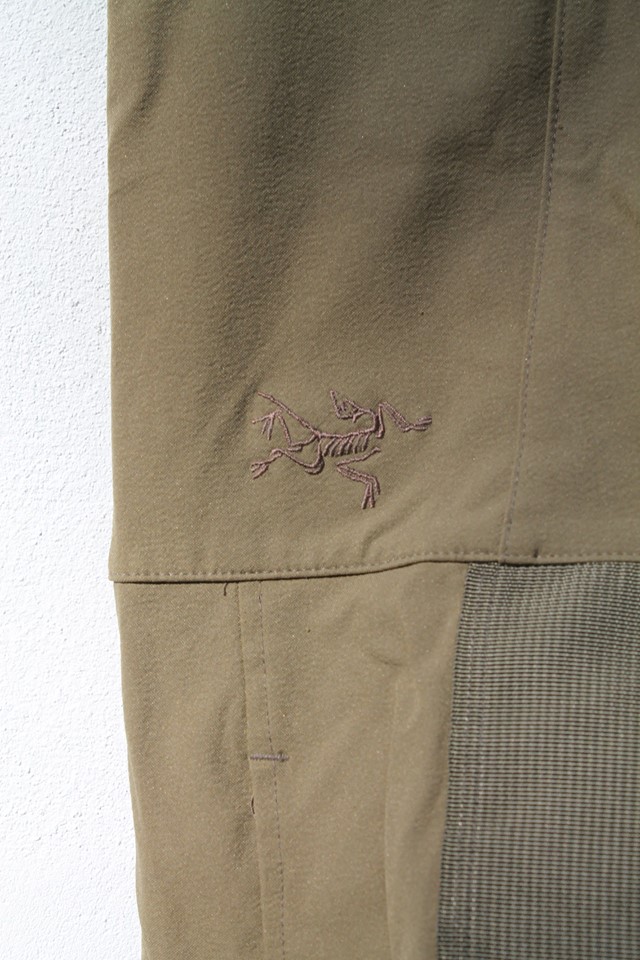