I’ve got a fair old collection of loop covered inner belts at this point, though mostly they’ve come with other belts whereas this inner belt from G-Code Holsters is one I did purchase separately a while back. If I remember my own thought process correctly (from March 16) the G-Code was offered in grey which was fairly uncommon at the time, I was placing an order with G-Code anyway, I was considering buying the Velocity Systems Operator’s Utility belt in grey and wanted something to match. The Vel Sys OUB however came out at a time when the PALS belts featuring 3 full rows were dying off and the 0.5/1/0.5 belt was really taking over the market. 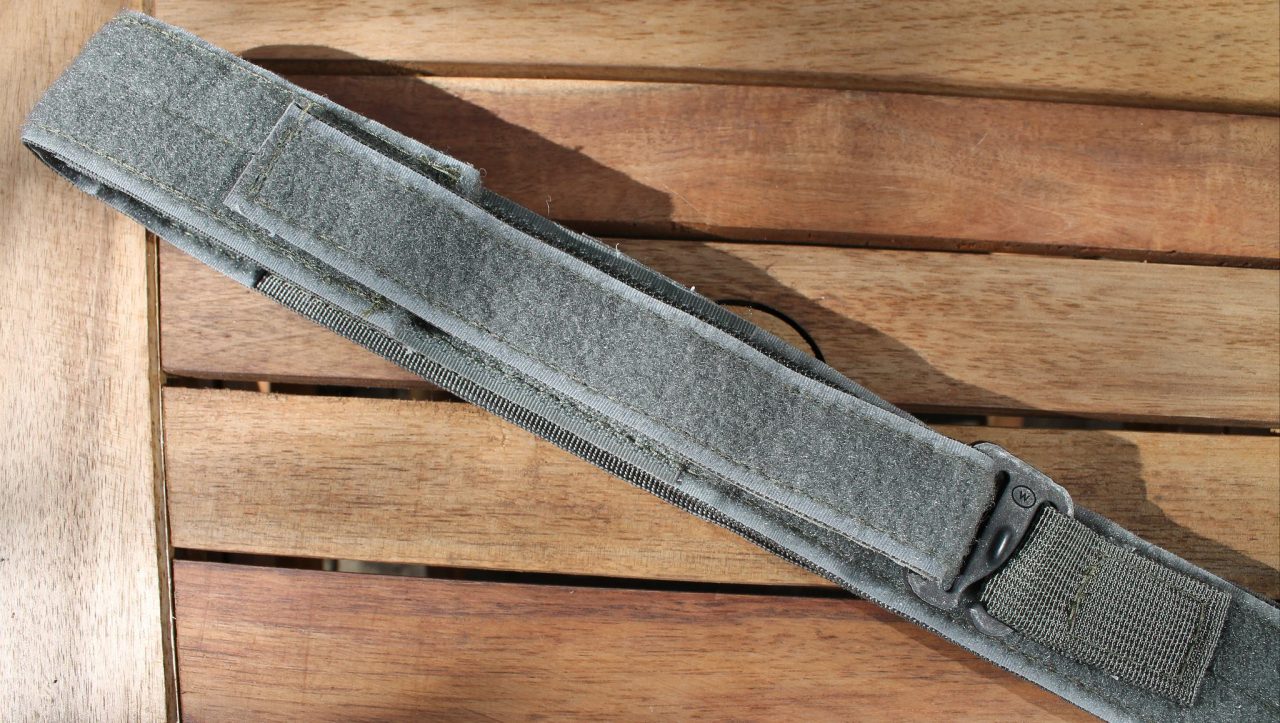 This inner belt closes slightly differently to others in that there’s an adjustable G hook. On the one hand, with the way velcro works it takes an immense amount of force to separate if you try and pull it apart laterally, rather than simply peeling the 2 parts in the usual fashion. So the chances of your inner belt coming apart in such a manner are pretty much as close to zero as makes no odds to my mind. On the other hand, if you do want to 100% fully guarantee security the option is there for serious users. As you’ll note in the 2nd image I removed the G hook and folded the 1″ section entirely back on itself, reverting back to a purely velcro closure. Many other inner belts work in the same manner and for holding up your trousers as well as interfacing with a PALS belt it works perfectly well.

Construction is a 1.5″ webbing, stitching is straight and secure as you’d expect of course with a full and complete outer covering of loop.