How To Get a Modified Desert Night Parka

After ‘where do I get these custom camo Crye-style combats?’ the question I’ve received the most (by a large margin) in recent months is regarding modifications to Desert Night Camo parkas; where to get the work done, where to buy one pre-made etc.

Unfortunately as I mentioned in the post about my own modified parka, the person who did the work was wholly unreliable and even if they were still offering their services I would strongly advise everyone to avoid them entirely. With that specific option off the table I’ve messaged and made enquiries with every small custom sewing business that I’ve been able to dig up online who work on tactical kit – and I follow a lot of them.

Sadly the reality most people aren’t aware of is that modifying clothing is a very old and dying art because changing and repairing in the modern age is orders of magnitude less efficient than simply making new apparel from scratch. Alteration to clothing takes so much more time and skilled labour compared to new production that the prices for quality alteration work are sky high, as are the labour hours involved. Both are so high in fact that I’ve not been able to find a single business in the realm of military gear who are even willing to offer alteration services at all. I’ve heard many say they’re simply afraid of the backlash they’d receive if they asked an appropriate price for their work.

That said, when many people come to me with a question (and an awful lot have done on this topic) I want to be able to provide the best answer possible. It may not be the perfect answer, but after more hours than I care to remember scouring the internet it is the best one I am able to produce and I can’t say I know of anyone else writing on the subject.

So, we know modification is essentially off the table. Unless you’re genuinely close personal friends with a skilled tailor/tailoress it’s probably not going to happen, which leaves new production. After pretty extensive searching I have managed to uncover two businesses that may be worth looking into if you really want to own a DNC parka with RAID mod styling. The first offers only fairly minor differentiation from the stock parka design and is not made from original materiel, but is by far the more economical choice. The 2nd option is along the lines of my own parka and offers significant customisation and modernisation work done to original US military parkas with your own personal choices being factored in, however there is a price tag that comes along with that. Hopefully between those two we should be satisfying the range of budgets and preferences that exist out there. 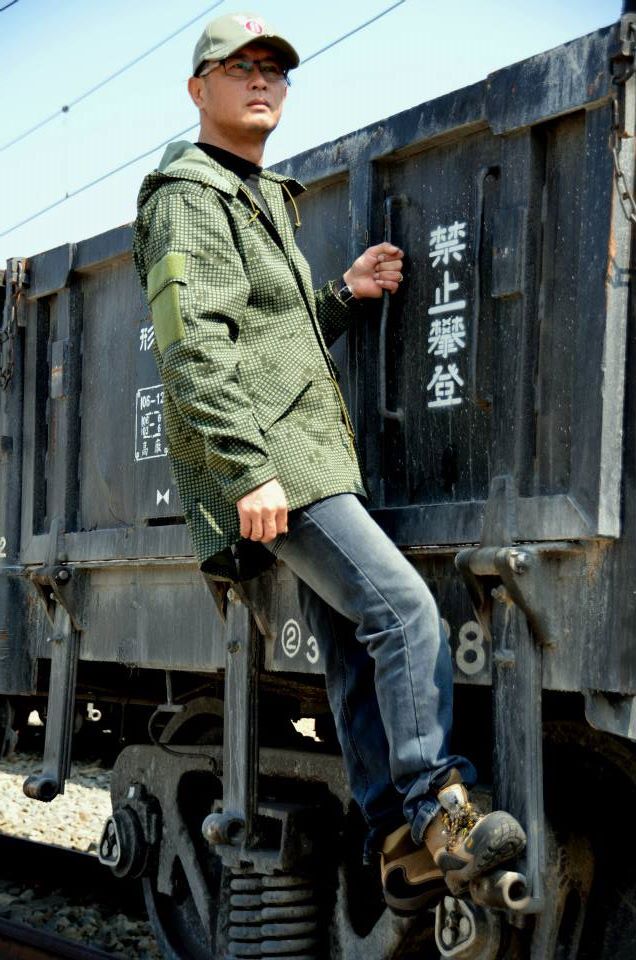 Option 1 comes via A-two Tactical. I have spoken with them previously and they are manufacturing their gear in Taiwan using a Nylon/Cotton blend new production DNC fabric. The original parkas are a 50/50 NYCO twill and while I do not have ratio numbers on the A-two fabric the colouration certainly seems quite accurate in all their imagery.

Their catalogue and production schedule appears to be somewhat erratic and they do not have a website, just their Facebook page and an ebay store that you can find here:

I can’t comment on their manufacturing standards, component quality or sewing work since I don’t own any of their product. They seem to produce products in fairly small batches which do usually sell out quite quickly. They do not offer customisation however, so what you see is what you will get. 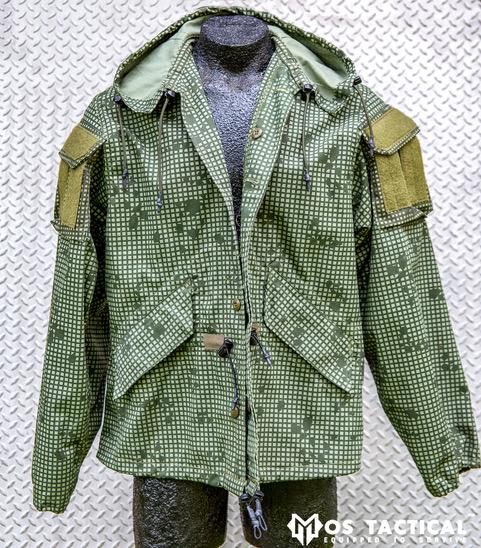 Option 2 is through MOS Tactical. I have not yet spoken with MOS, though the fact the ‘About Us’ part of their website shows people wearing Gen 1 Crye uniforms tends to indicate the person/people behind the company have been in the gear world a good length of time. They also seem to stock and manufacture well designed product in general, at least from what I can see from spending some time browsing their site.

What MOS offers is a modification service to surplus US military surplus parkas and the range and depth of mod work they do means that the end product is extremely similar to my own parka that which was posted here previously. So if you happened to see my jacket and want something the same, MOS is going to be the place to go.

If their sizing is based on the original military parka sizing you are going to want to go down at least 1 size, if not 2, for anything other than a super baggy fit, seeing as the original item was meant to layer over many other items of uniform. As their product page says you’ll also want to choose ‘Short’ to get a more conventional length, since the original parkas were designed to be tied between the legs like a paratroopers’ smock. They also offer a zip for the main closure, replacing the stock buttons, which at the time of writing takes the price from around $200 up to around $250, commensurate with the amount of extra time that work is going to take.

If you click this specific link your options will already be configured to what I would personally recommend for most people who wear ‘med-reg’ in everything:

The MOS parkas do not as standard offer integral pockets (replacing the pass-throughs), cuff mods or hood rolling tabs which are all things I had done on my own example and are definitely nice improvements. An e-mail address is listed on the above page however and *IF you are serious about sending business their way* (do not be a time-waster) then it may be worth initiating contact via said e-mail to see what additional costs might be incurred by adding those further modifications.

Also if you want a wind shirt to layer under your parka or a matching cap then head over to The Redback Company if you haven’t yet. I had to mention them as it continues to really surprise me that a UK based company is offering good gear in Desert Night pattern. Not something I could have ever foreseen.