The Leo Köhler GmbH & Co. KG combat shirt. I put a review not long ago, link’s here if you missed it:

I fancied a temperate Flecktarn combat shirt and they aren’t exactly plentiful on the market so I thought it would make sense to check out European retailers and manufacturers (German specifically). The couple of bits of LK gear I’ve picked up have been very impressive indeed for the money. They hit a very solid position on the cost vs performance curve, they blow the likes of LBX and a lot of the Chinese junk that uses knock-off fabrics out the water. 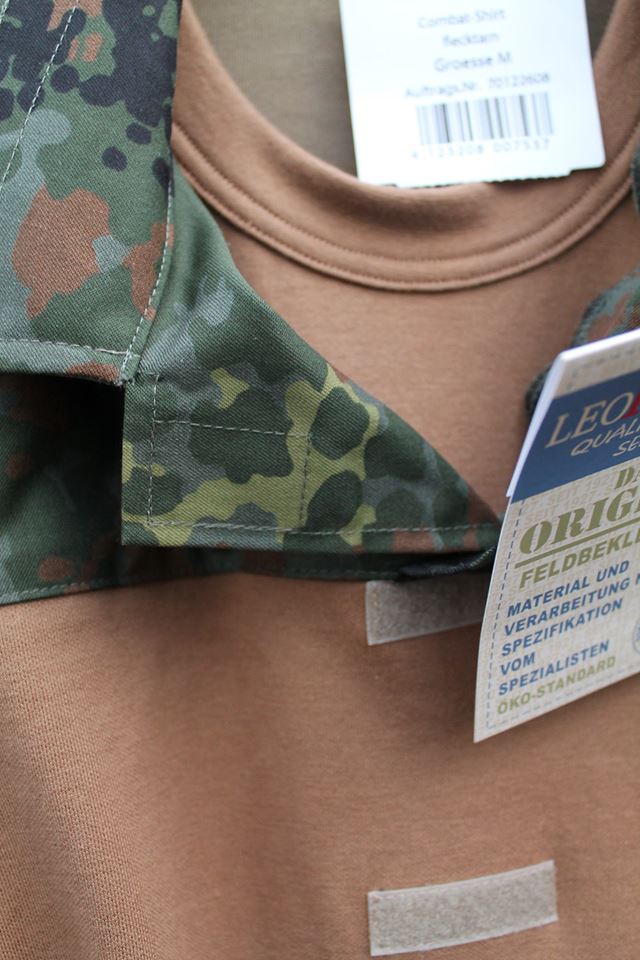 It’s still manufactured in the far east rather than Germany, similar to a lot of other mid-range equipment, but it’s obviously done to a good standard and using genuine fabrics. Everything that’s actually made in Europe these days tends to be very high end, whereas this is the sort of gear I’d recommend to anyone if they want something different from military surplus clothing but also want to make a reasonable amount of money go as far as possible.

I make no bones about it, I’ve replaced this shirt in my personal collection already with something different. But collecting stuff is my passion personally, whereas quite rightly most folks want stuff that just works and you can absolutely achieve that with either military surplus or solid mid-range kit. However, you really must know what you’re looking for. There’s a lot of bad recommendations thrown out there by people who aren’t necessarily doing things maliciously, but simply lack the knowledge of the options out there in order to know what product gives the best value.

The construction with the t-shirt base going higher up than normal is a little unusual and for some reason they insist on sewing the German flag to literally every camo variant they make to include PenCott variants, ATACS, Multicam patterns and the list goes on. However it’s a 5 minute job with a £1 thread ripper to remove them if desired.

As I say there’s other options out there which can often cost similar amounts or sometimes more, yet build with inferior materials and just happen to have more flashy, modern advertising that draws in the unaware. One of my key aims with this blog is to help everyone reading it ensure they don’t end up being that guy/girl. I put a ton of time in to tracking down what I want at the best all-in price I can possibly get and I’ve seen the results of putting the time in to really researching everything vs just buying the first, most obvious item that comes along. However not everyone has that time so I hope I can pass along some lessons I’ve learned to the small readership we have here.