Usually when I head out to an airsoft game I look up picture of the site ahead of time and try my best to pick the most suitable camo items.  Despite not actually doing this time and just wearing what I thought would look cool, I ended up blending in quite well inside the woods. 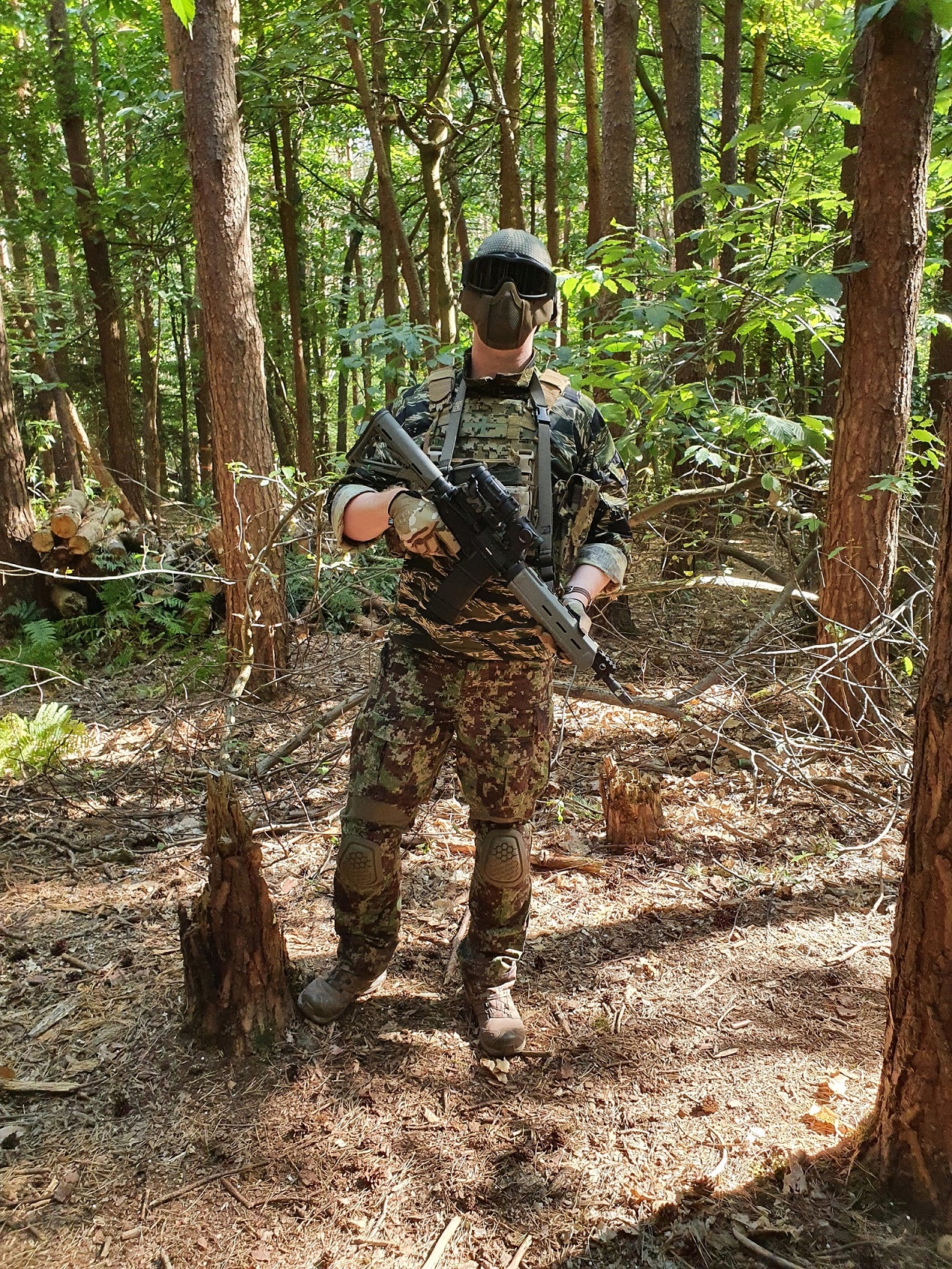 Both combat shirt and trousers are from Roman, with TSP Tiger on top and some legit Hyperstealth ANA Spec4ces camo below.  FirstSpear Mexican contract Strandhogg variant in the Mex4ces transitional pattern filled out with swiss-cheesed fake plastic plates and of course the F9Gear Hub on the front with Spiritus insert was brilliant for mags as always.  TRC Outdoor cap in mesh DNC was great too.  Salamon XA Mids still distinctly unimpressive in terms of sole thickness and general sturdiness.

Ended up having to use my backup gat, as, like a fool, I brought along the wrong batteries for my 14.5″ TM SOCOM (originally) EBBr with the Faxon carbon fibre handguard and internal work by LCs Engineering.  Had to use the 12.5″ SOCOM instead but the FG PTS Mid handguard, CTR stock and MIAD pistol grip are still excellent, just as they were 10 years ago.  Edgar Sherman sling also good, but the magnifier is a terrible thing from China I got a very long time ago which is like looking through a straw and was an impedance.  Replicas have massively in the intervening time so I’ll need to replace it, though a lot of my RIFs are styled from more the early-mid 2010s period and the replicas out there tend to be based on the very latest and greatest.

The site is decent, but badly let down in a couple of areas.  Best car parking and safe zone area/facilities I’ve ever seen by a good way, but if you book the ‘meal deal’ with your ticket you get a burger, snickers and can of coke.. terrible excuse for a meal; made all the worse by the fact that many other things on the cafe menu are far far better, you just can’t change once you’ve booked the so-called deal.  The marshal in charge of running things was also the least suitable person to be in charge of people I’ve ever encountered and was supremely lazy at various points, leading to the final game being, essentially, not a game at all.  If this location can make just a couple of small tweak it’d be one of the very best in SE England.