Contribution from Passive Shooter‘s collection for today’s post, with the soldier image from Soldier Systems Daily. 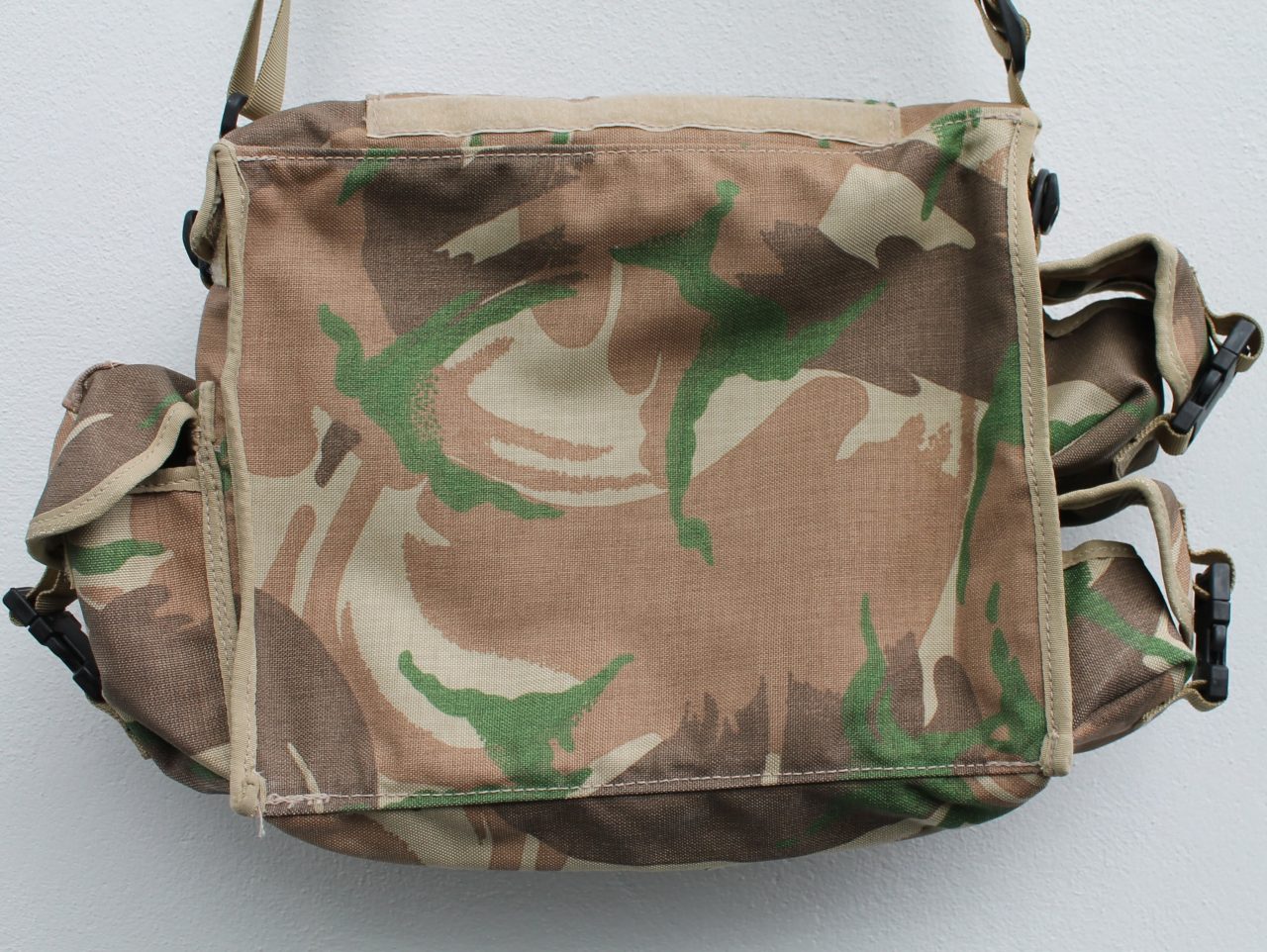 Around 07-08 the MoD conducted what was known as the PECOC trials in order to test out a huge range of new designs of personal kit. A lot of personnel had obviously been in Afghanistan and Iraq for some years at that point and there had been a few improvements to uniforms, boots and armour etc, but Desert DPM wasn’t performing well in Afghan and there were lots of other bits of personal equipment well past due an update by then. It’s not an area I’m a huge expert in, but if you just take a second to google ‘pecoc trials’ and go to the image search you’ll instantly see loads of pictures of weird and wonderful trials gear from the period. 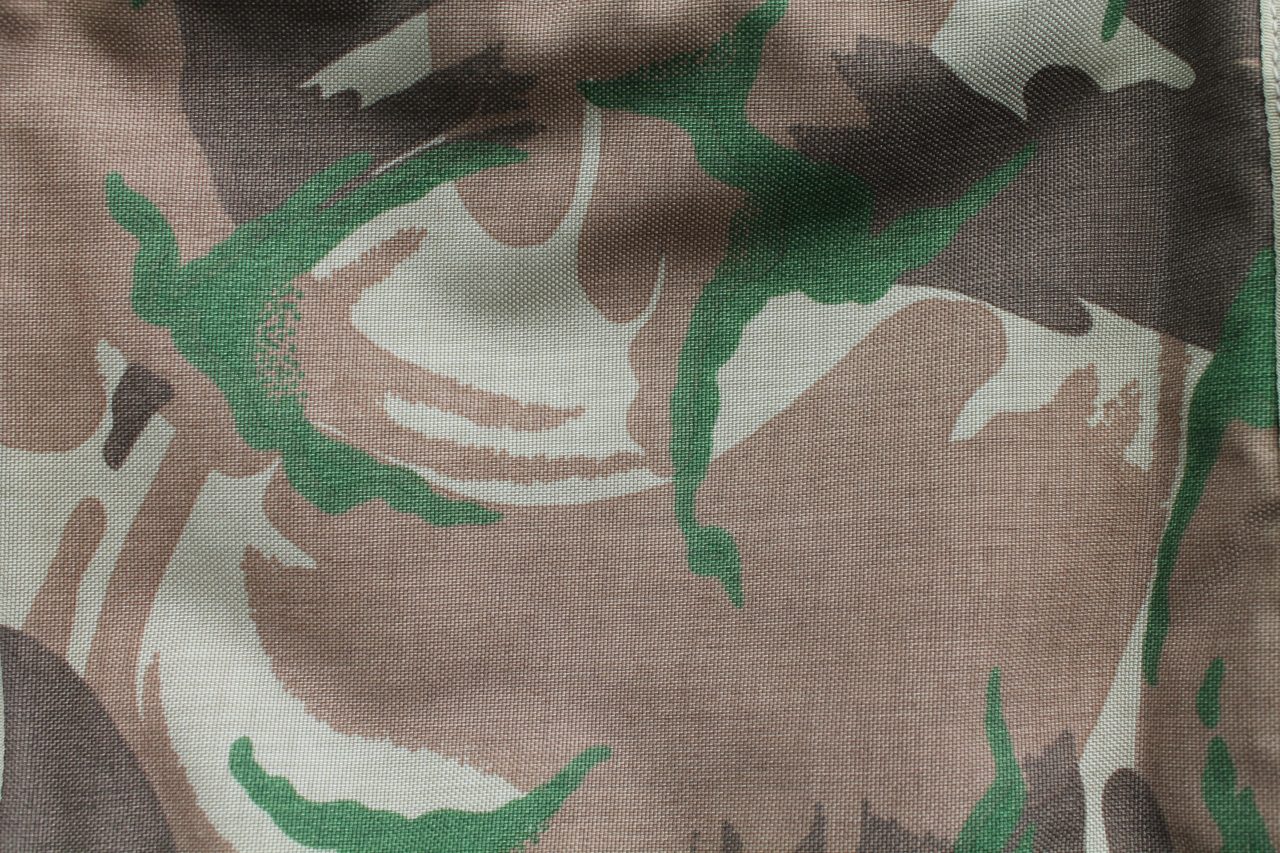 There were multiple camo patterns used in the trials, but probably the most well known is the one seen here on this ammo/’grab’ bag. There was an idea floated roughly around this time that was shared between both US and UK militaries, that idea involved potentially issuing the more expensive cordura load bearing gear in a universal camo (a multi-cam one might call it) with specific woodland and desert uniforms still given out based on theatre of operations. As I mentioned DDPM was on the chopping block and if I recall correctly US UCP was still an unfortunately strong presence at the time. The prime candidate for the British universal camo in the trials was, as far as I can tell, this variant of DPM that is primarily tan and brown shades with the odd little dash of green thrown in there. 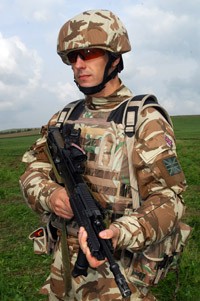 These specific grab bags were manufactured in both DDPM and in fairly significant numbers in MTP after none of the PECOC camo patterns were selected at the conclusion of the trial.  As we know not long after that absolutely everything went over to MTP.  How many of these bags were made in the PECOC intermediate pattern I’ve no idea, but the various items of LBE and clothing made specifically for the trials are overall fairly rare at this point and not seen for sale terribly often.