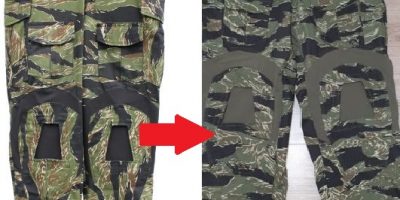 First off I’m very happy to say the rebuild work on thefull9.net is finally complete and every single post that was previously incomplete now has its’ respective images restored along with a lot of fixes to formatting and other little tweaks and improvements to the actual content. What I had been doing was posting all the pictures on Facebook then copying the links over to this site, but those links were breaking over time and all the entries on older than 6 months or so were entirely missing imagery.

I’ve gone back through something like 300+ posts, individually downloaded then re-hosted about 500 pictures here and formatted them all correctly so everything should look nice and neat now. Took almost all the time I’ve not been in work over the past fortnight to do it but that is it now, the blog and all posts on it will remain up for as long as I keep paying my website provider.

This shirt – nothing much to look at, just one of the Flame Resistant Gen 2/Army Custom combat shirts purely made by Crye, not one of the Drifire items often seen in the NC cut. It is fairly faded which is to be expected as these FR camo fabrics always fade very quickly, however other than the fading it is actually in immaculate condition and I picked it up for something in the region of $40-50. It replaced a US Army Combat Shirt (ACS) I owned a few years ago, which was also FR and very cheap, however those things constantly smell like gone off biscuits in an old people’s home no matter how much you wash them.

A quick point to note on these is that they are often referred to as ‘CS4’ shirts colloquially, however that isn’t correct. When you see Crye Precision items in their plastic packaging there will be a white label attached with ‘P/N’ printed on, followed by the 4 part code for that item. Generally for uniforms that code will start with APR (presumably for apparel) and end with the size, e.g. 32R. CS4 is not specific to FR shirts, to my knowledge it covers all Generation 2 combat shirts, or at least Army Customs. I’m no expert when it comes to what each part of the code is or what all the abbreviations stand for, but it’s not something of much concern as simply looking at the item along with the internal sewn/printed label within said item has always provided all necessary information in my experience.