When I’m walking by and I see plates with numbers that low on them I have to stop and take a look. The ‘magic number’ that a lot of forces look for when we’re talking a medium SAPI (as shown here) is sub 2Kg and that’s a pretty slim and nicely curved plate, impressive tech. The sub-1Kg plate below it is obviously smaller with a lesser rating, but when I saw the numbers from a distance I genuinely thought “no way”, yet was proven wrong on closer inspection. 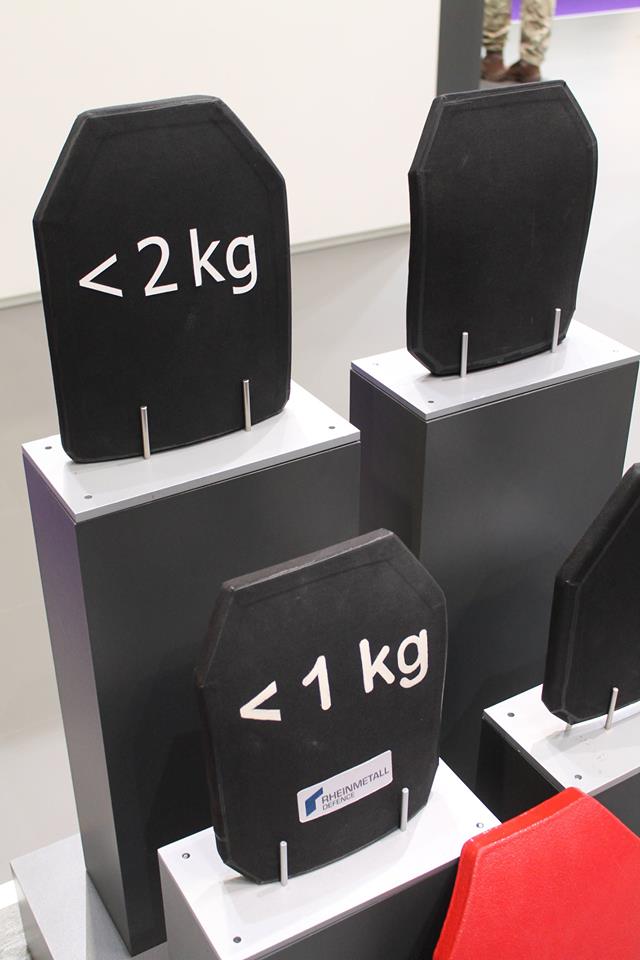 The LE PC setup pictured below is a product driven by the recent small arms attacks that have happened in Europe. With one of the primary threats being 762 AK platforms smuggled in from the Balkans regions and Middle East there was a desire for an extreme amount of frontal protection for Armed Police/SWAT type units. Not only do the front, back and sides of the PC all hold plates that form an almost unbroken ring, the neck and both groin guards also hold hard plates for comprehensive defence against rifle threats. 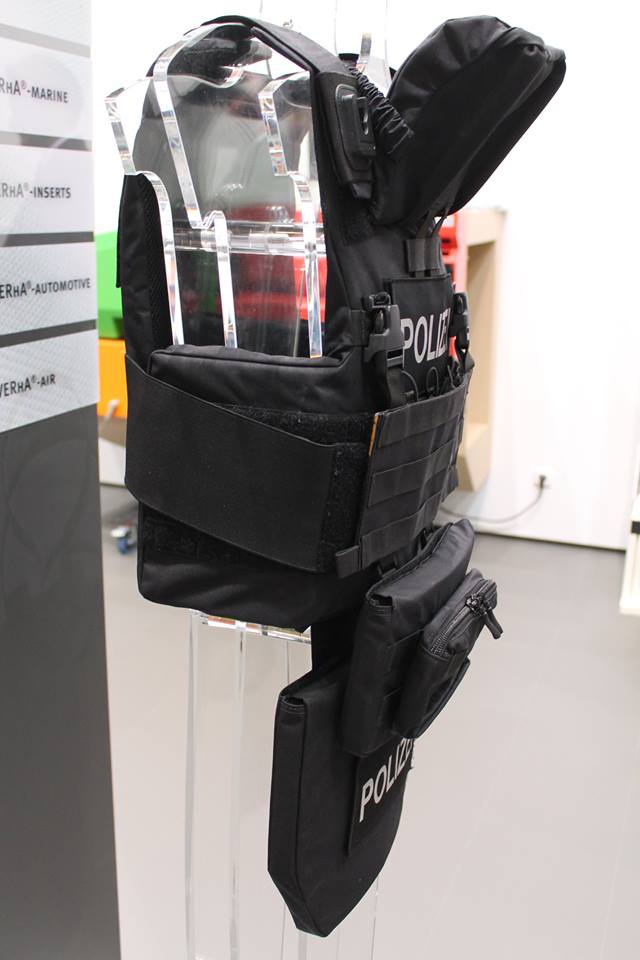