S2000 (the S standing for Soldier) is a South African pattern issued in 1994, which replaced the famous Nutria Brown solid coloured uniforms that had been the standard issue for the SA military up to that point.  Fabric has never been easy to get hold of, presumably in part due to a law in South Africa prohibiting it’s wear to anyone who isn’t serving or who has permission from the government.  Fortunately Roman was able to get a small quantity of original SA manufacture/purchase twill in 2018 and I picked up this combat shirt from him. 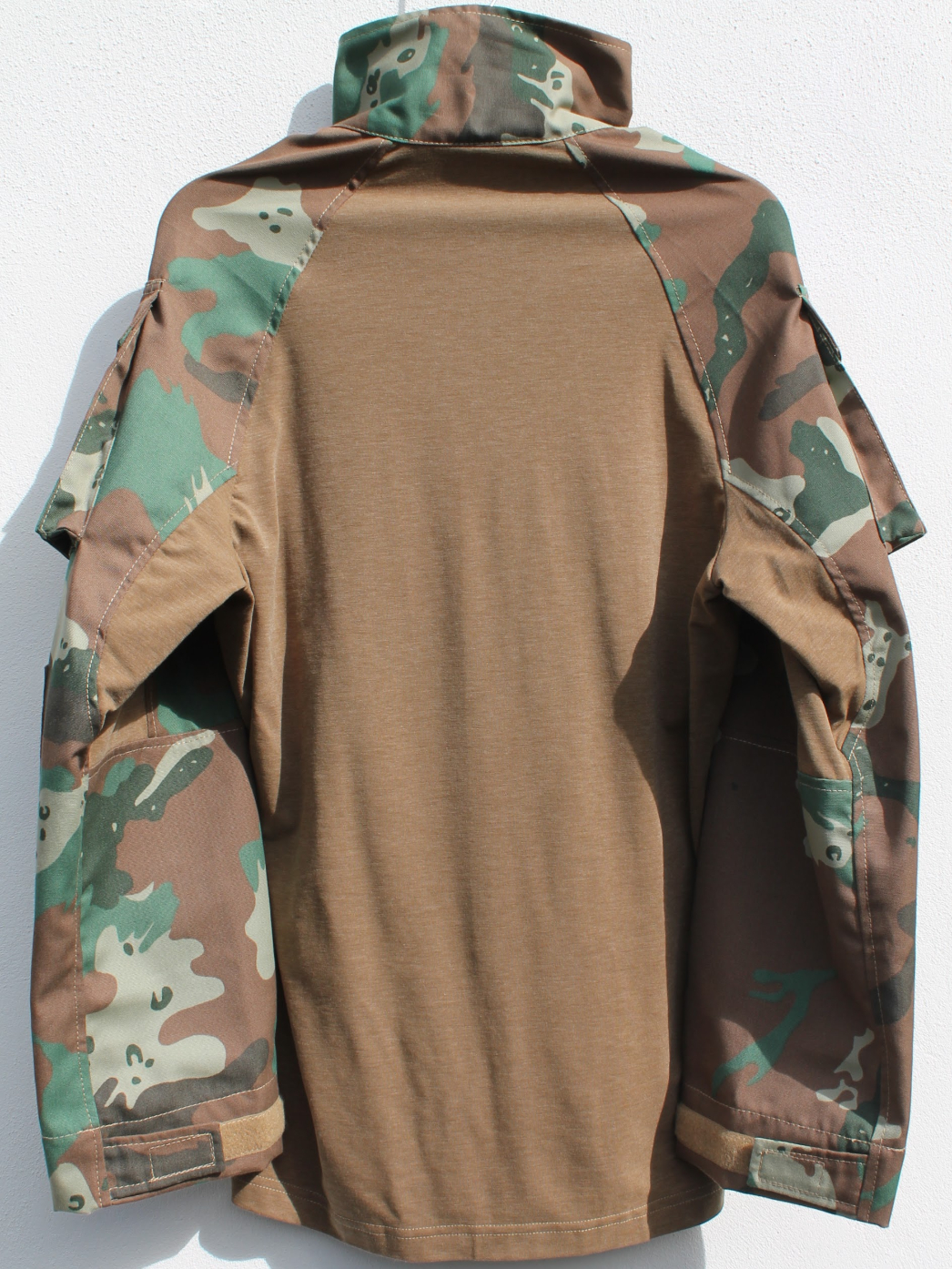 There aren’t many camo patterns available which are heavily brown-dominant and  also designed for temperate wooded areas, certainly compared to the plethora of woodland patterns that contain lots of green and black.  There are however a lot of woodland areas in the UK and Europe where there isn’t much greenery at ground level while there is an abundance of bare tree trunks, earth, dead leaves, twigs and branches.  In some places this applies pretty much all year but it is of course an especially common sight between mid-autumn and early spring. 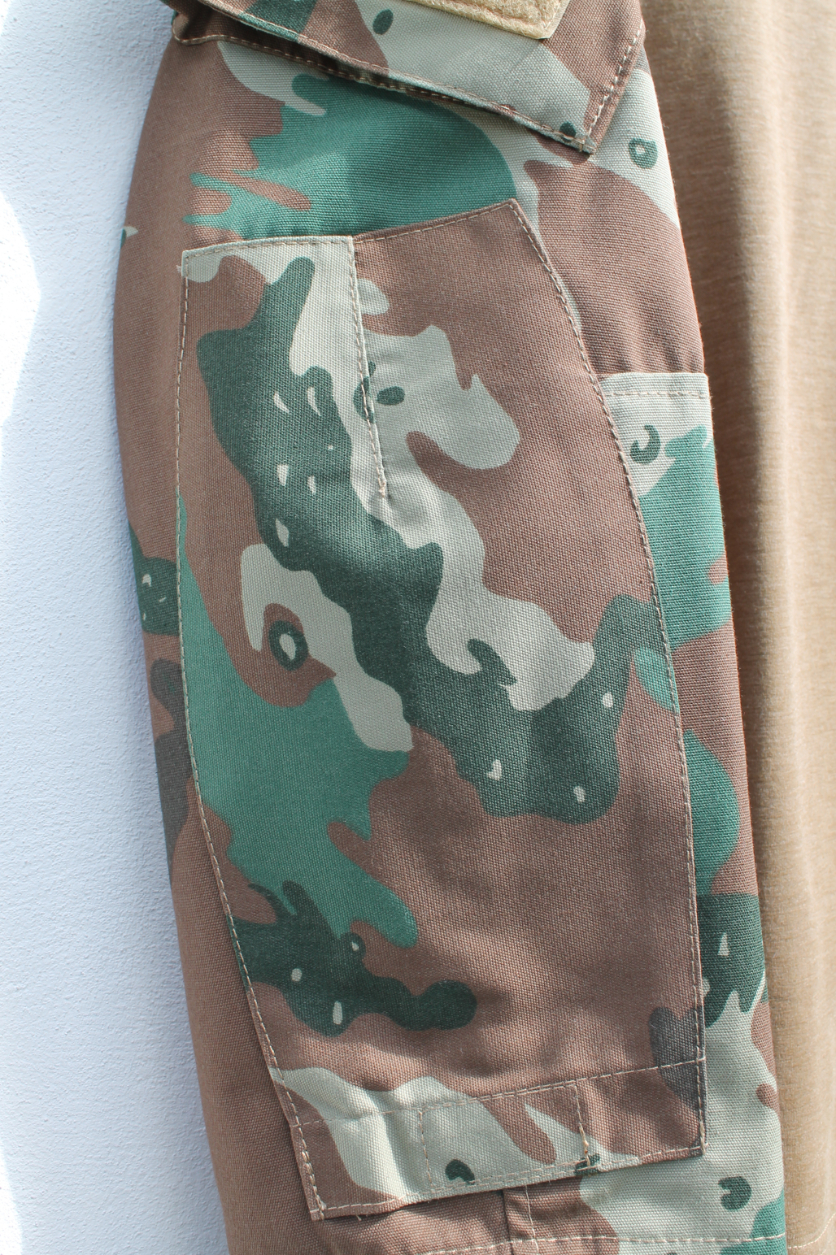 The cut is the standard that I ordered from Roman before I worked up the F9 Edition uniform.  This one is very similar to a Crye G3 combat shirt (aside from the camo of course) except it lacks the eye pro slots and pen sleeves.  Loop fields are also solid rather than split for more secure sticking of velcro patches.

A part of my collection I do like quite a lot.