I had the idea for this shirt the first time I attended SHOT, back in 2015, though it wasn’t until late 2018 that it eventually became a reality. Took a while to get the materials in place and for Roman to offer a service combining a supplied Valken Sports torso with sleeves/collar assembled in his shop, but I love the end result I have to say and I don’t think there’s many other full camo combat shirts out there in Tiger Stripe that are using quality NYCO for the sleeves/collar and a Crye-based cut. 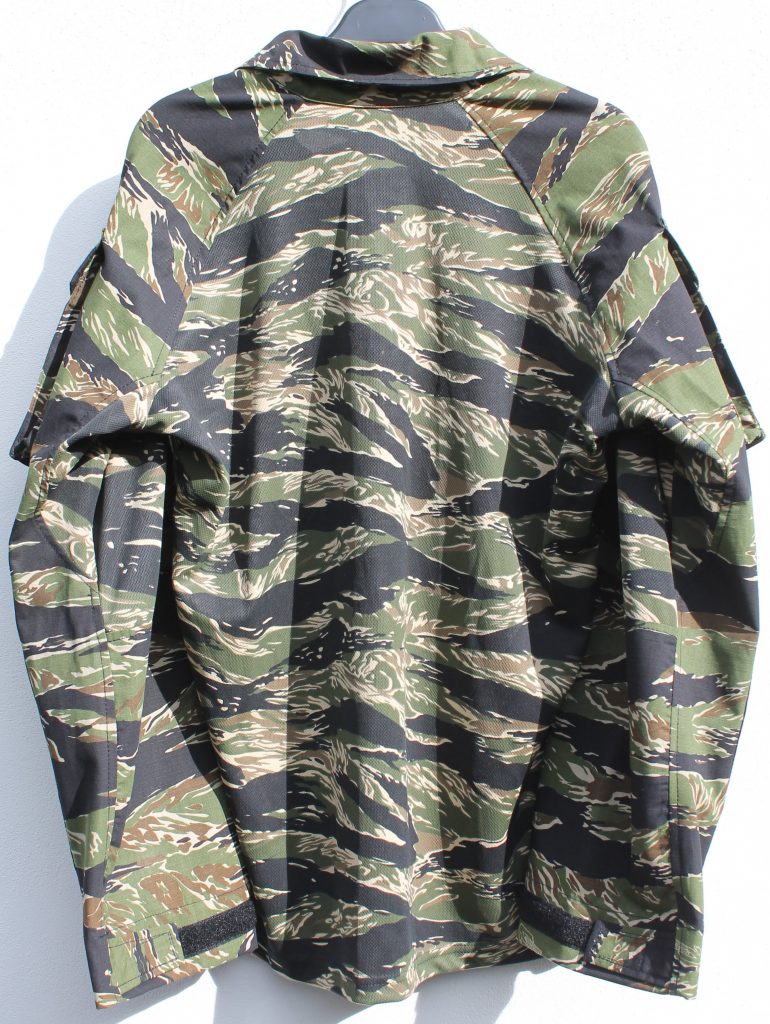 While the cut is G3 based I of course opted for full fields of velcro for better patch security and this is one of the first times I experimented with having the dividers inside the bicep pockets omitted, since those are really pointless extra fabric for most people. I’ve unstitched the elbow pad pockets since taking these pictures, meaning the end result is basically identical to the F9E cut uniform that I ended up making available through Roman’s shop (be sure to check the tabs above if you’ve not seen that). I also have some of my Camo Plates slapped over the black velcro now, meaning the end result really is full Tiger Stripe camo.