Carrying on a theme here some of you may pick up on, a quick look at the G-Code Holsters RTI Rotating Tactical Belt Mount. I think they could’ve dropped Tactical out of the name, but hey the world goes on, we’ll be ok.

For those unfamiliar, RTi is like KeyMod for your holsters. You can purchase mounts to fit a huge variety of gear, in fact I’d be surprised if there was a belt, PC or vest of any description you couldn’t mount an RTi wheel on to. You can also purchase various different the hangers, which are the machined aluminium keys that interface your holster with the wheels and the hangers come in varieties to work with any of G-Code’s own holsters, SERPAs and Safarilands. The added bonus is that a lot of the other custom/made-to-order kydex shops will also make their holsters with appropriate geometry and holes drilled to mount a hanger; for example T.REX ARMS and Off The Grid Concepts LLC, 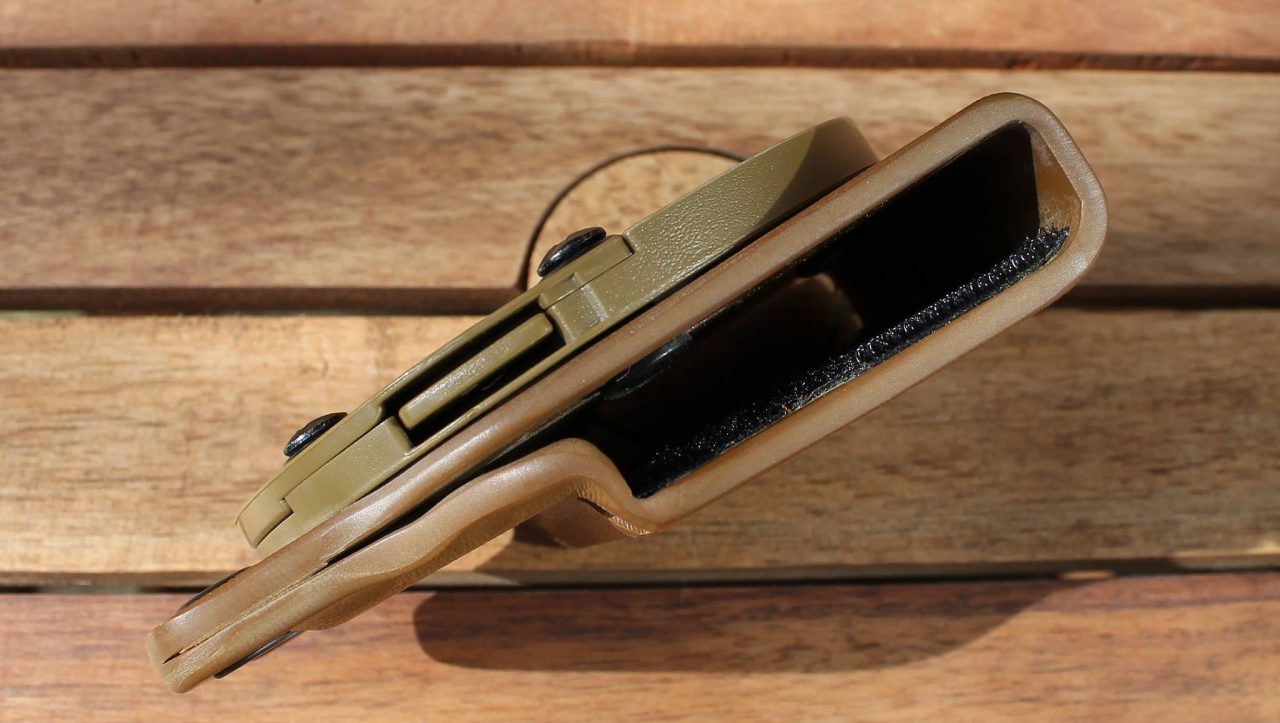 The pictured mounting piece is, as you can see, simple in design. Folded kydex, formed to fit around any duty belt then secured with grommets at the base, with both hook and loop inside to lock in to position regardless which half of velcro your particular belt is outfitted with. The screws mounting the RTi wheel to the kydex are spaced equidistant around the circumference such that the end user can alter their angle of draw if desired, although the options for that are somewhat limited. I’d generally recommend sticking to the straight up and down configuration as supplied by default for most applications or locations you would carry your holster. 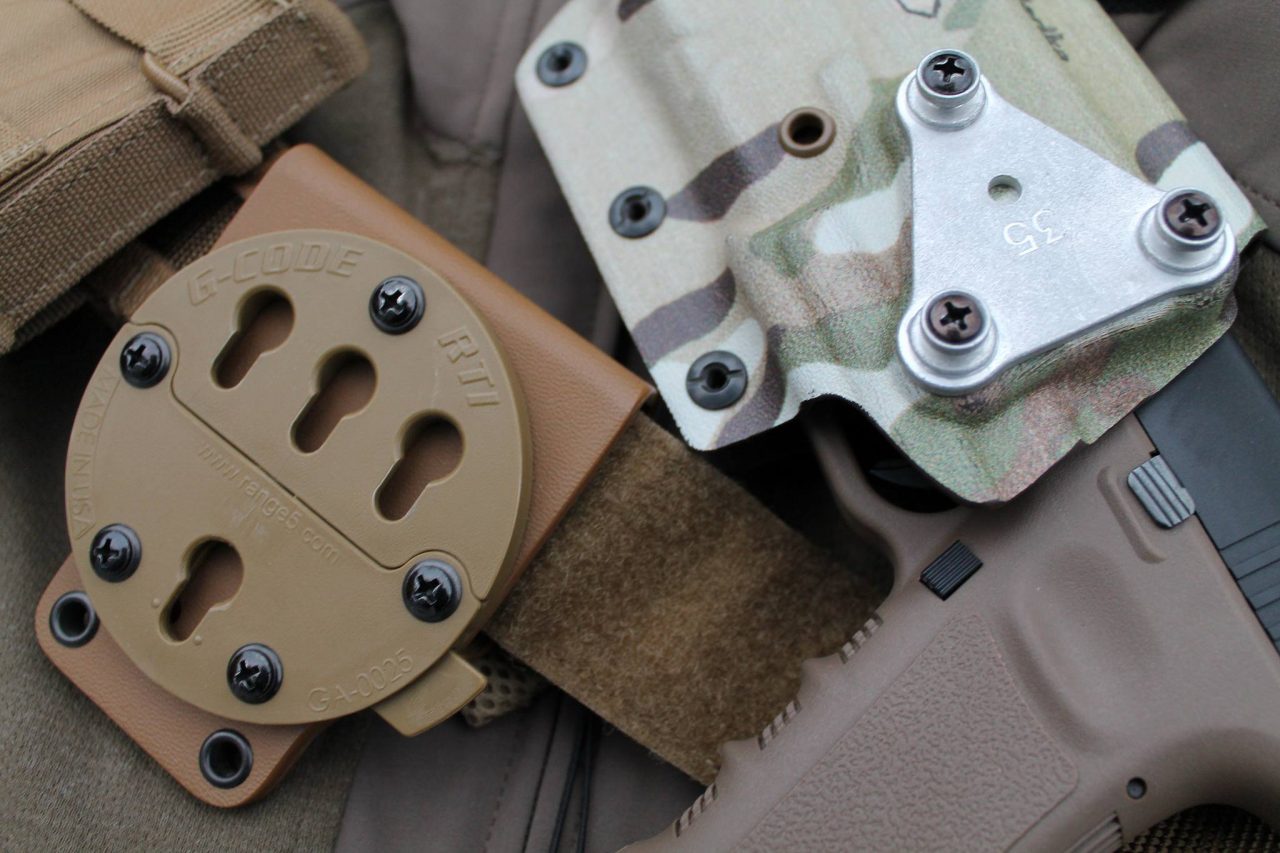 There is another belt mount G-Code offer that’s similar in concept, but with ‘wings’ protruding either side for a more stable overall platform. If however your belt happens to be pretty crowded already, or you use something along the lines of the FS AGB sleeve, Velocity OUB or VTAC Brokos, the depicted variant might well be more useful given its’ narrower profile.

Running a system like this is definitely expensive in terms of both the mounts and the fact each holster will cost more due to the added expense of the RTi hanger affixed on the back. The holster is also moved slightly further away from the body, increasing your profile marginally. So if you don’t want to change holster types frequently, be it for different handguns or guns with lights and optics etc, then stick to a simple and proven belt/PALS mount that screws directly to said holster. Personally, I’m just very indecisive.