Thanks to FirstSpear and all other companies exhibiting for hosting myself and Femme Fatale Airsoft at their range day event this morning, highly enjoyable time for sure. Great little selection of top of the range firearms and some real premium tactical gear on display.

The main exhibitor of firearms was TRIARC Systems who’s website I’ve visited previously and quite honestly did not expect to ever get to shoot their guns let alone get do it so soon. TRIARC do custom work to Glocks (of course) and make their own 1911s and ARs. Not necessarily the absolutely most mould breaking ARs ever, but with FULL ambi controls, proprietary rifling in all their barrels and ultimately pages and pages worth of manufacturing specs that I could write forever about in terms of quality, but now is not the time for that.

First shooting table we arrived at I immediately spied the ALG Defense 6 second mount, which has been on my gun bucket list for years and I can’t say how much of a cheat gun the Glock becomes with that mount attached. Even a total novice pistoleer like myself can step up to a plate rack without ever having tried one before and knock all that steel down at pretty darn respectable pace. Video of this will be forthcoming and unlike my range day footage from last year I’m not going to be at all embarrassed to upload it on account of my stupid wanna-look-cool trigger finger outrunning my ability to shoot accurately. 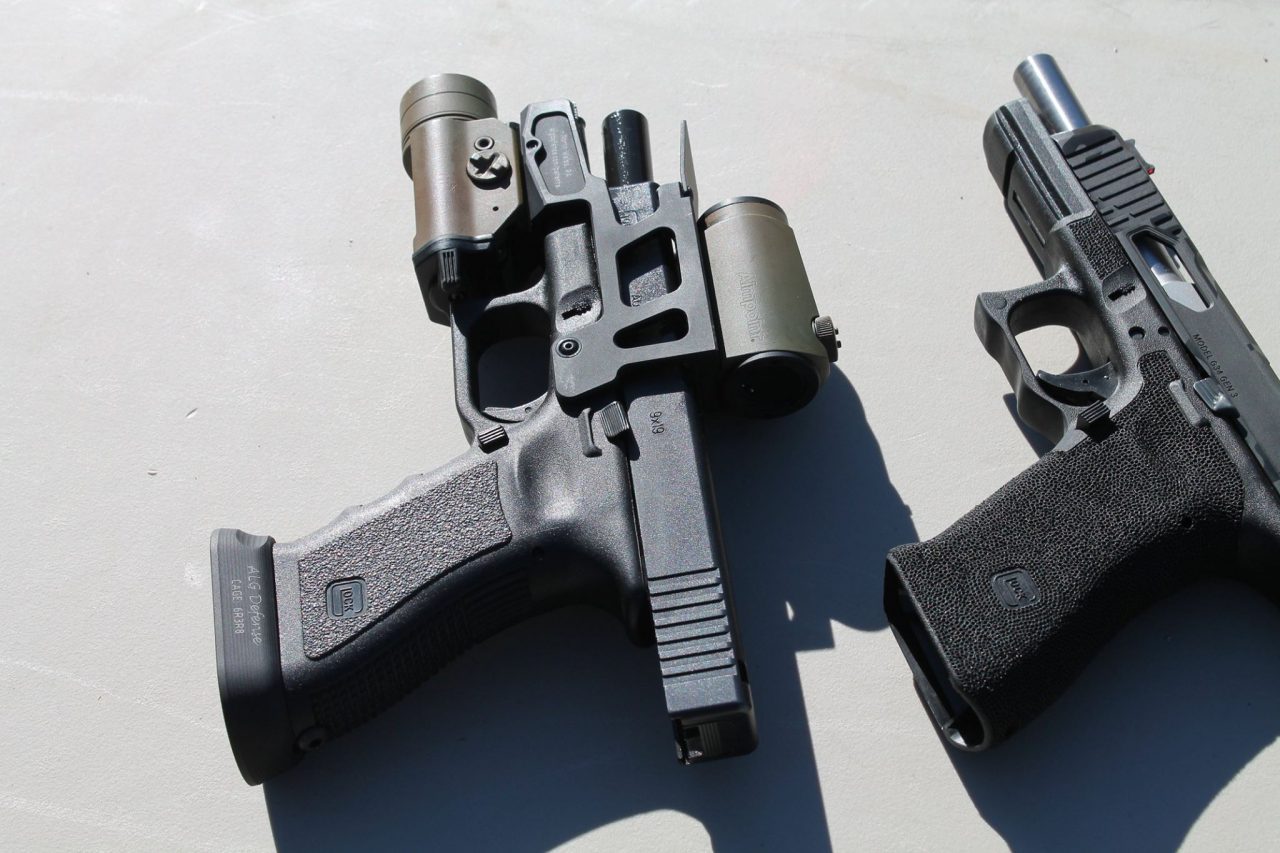 Next up was the TRIARC 1911 with full length dust cover and some FS based magazines. I don’t know nearly enough about the platform to comment much here other than to say that the VZ Grips, the King of G-10 grips. worked beautifully, the triggers were incredibly short (maybe 3-4mm of total travel at a guess) and icicle crisp with some top tier sights and every control, feature and gripping surface worked-up as far as it could ever really be. I’d imagine something along the lines of going to Wilson Combat for a pistol and ticking pretty much all of the boxes for optional extras. The sort of pistol you just pick up, cycle the slide and immediately know “bloody hell this is expensive”. 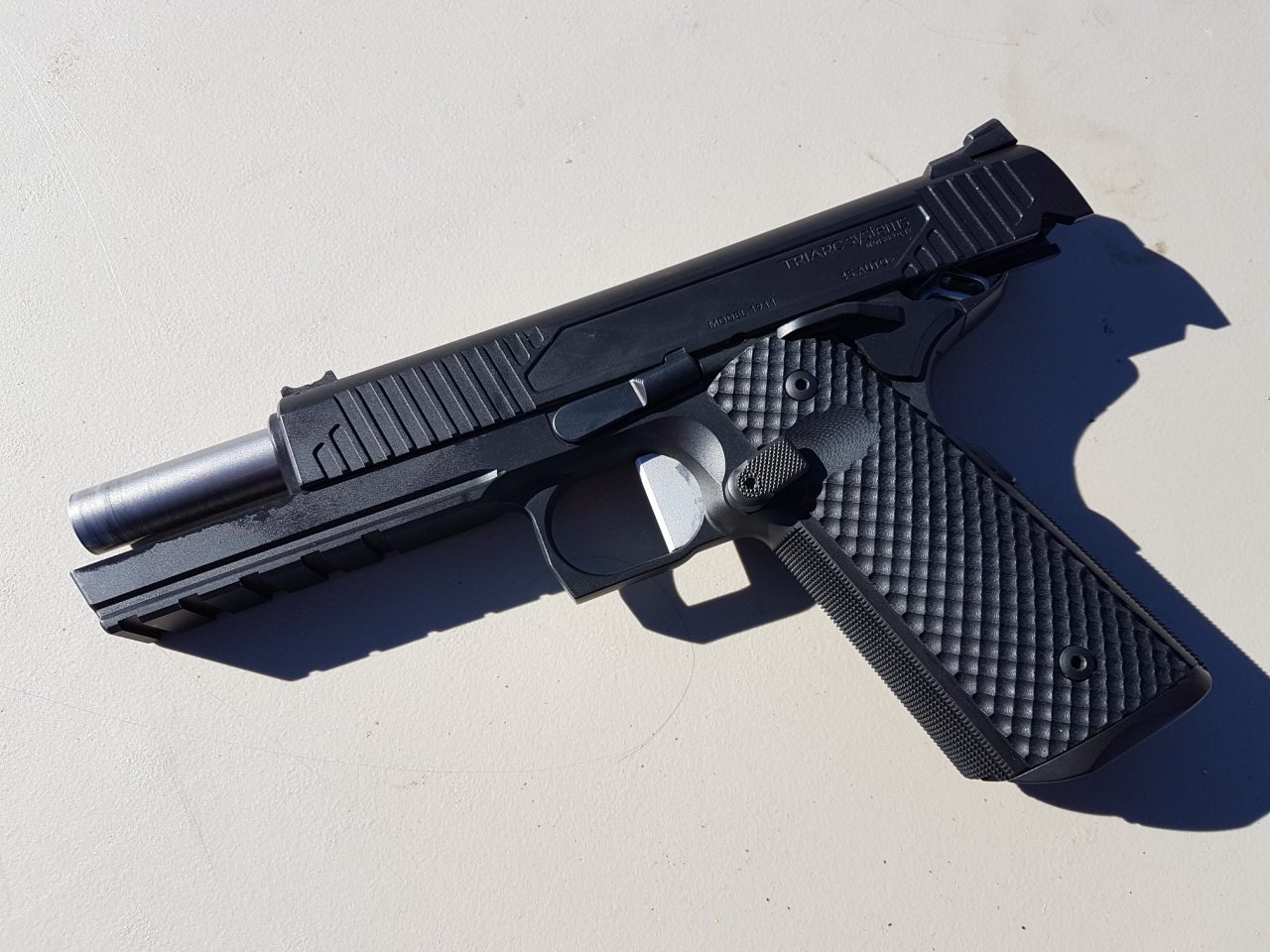 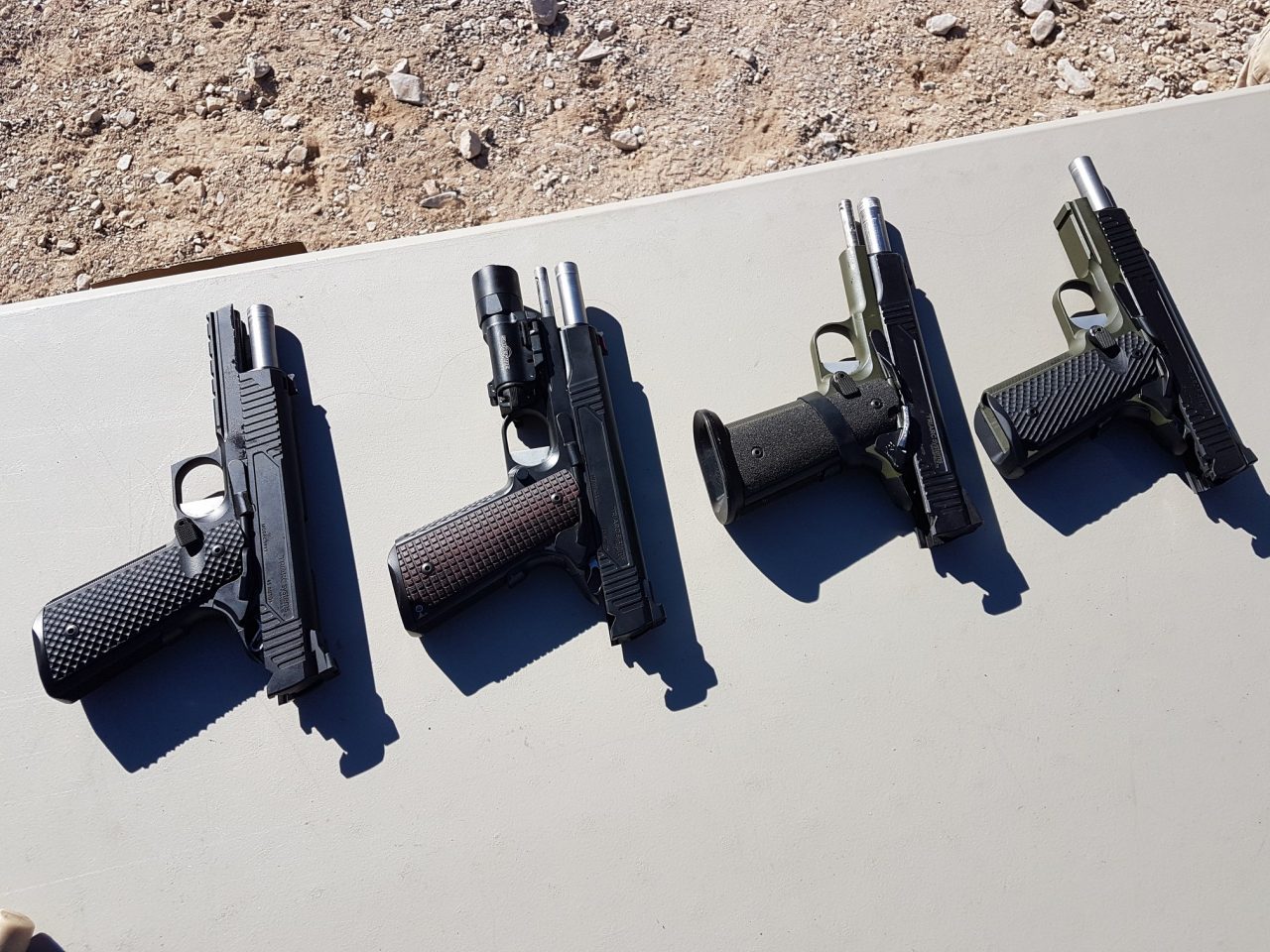 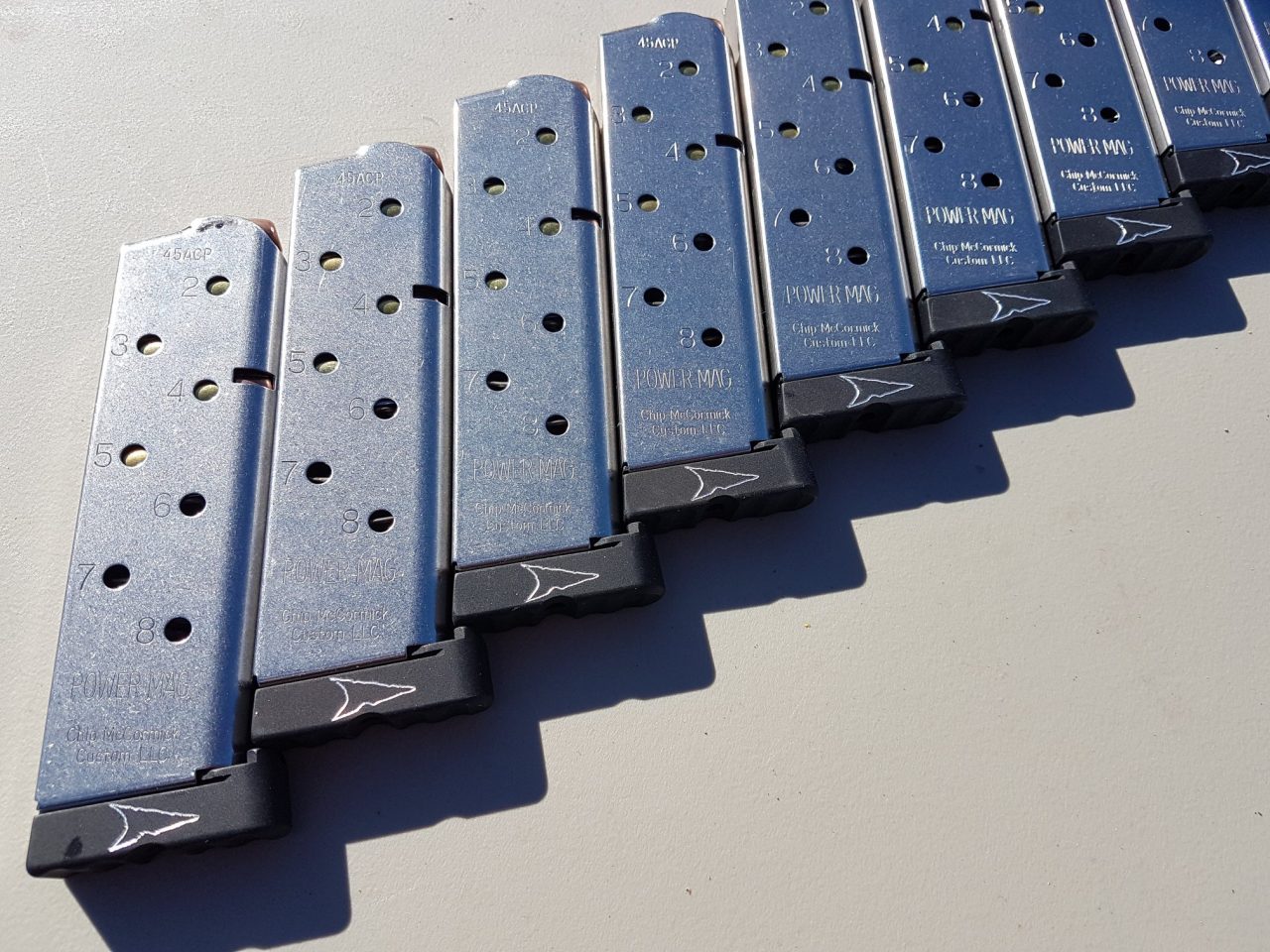 I neglected to take pictures, but I also fired a few rounds from a suppressed TRIARC short barreled AR and a ‘legal length’ Primary Weapons Systems long stroke gas piston AR at the Aimpoint stand. Aimpoint had the CompM5 as well as their twist off/FTS magnifiers for folks to try and there’s no doubt at all with regards the utility and performance of such sighting systems. Again some video of these will be following. The PWS gun was something I’ve been interested in for a long time; while I’d never be so ignorant as to lambast the combat proven semi-direct impingement nature of the AR/M16/M4 platform, I’d personally pick a gas system that dumps as much carbon as possible on big, simple parts with minimal geometry that aren’t in/around the breech of the gun; if I had a choice. Putting the legendary long stroke of the AK in to the AR is an intriguing prospect to say the least. 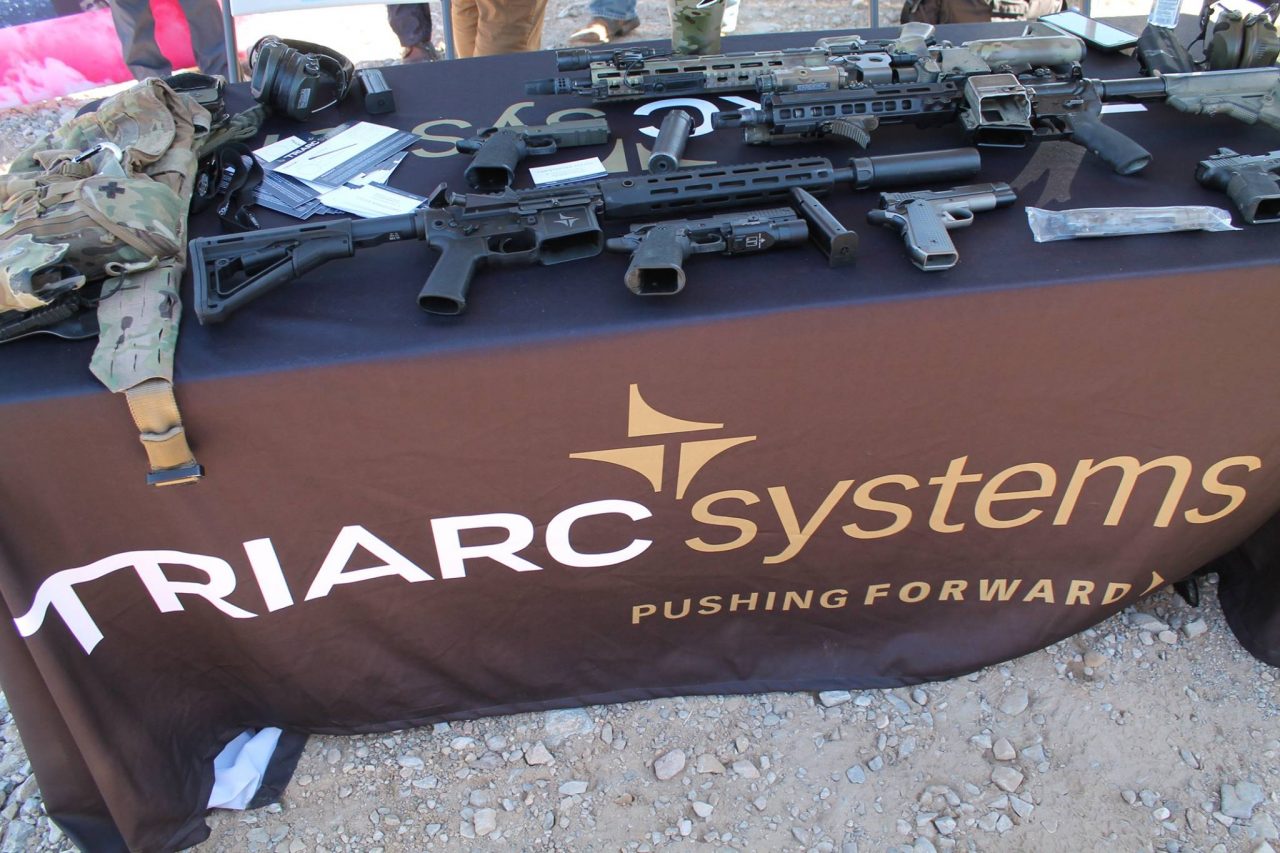 Took a look at the Phokus Research Group Wound Cube which is a brilliant concept in the realm of medical training. As with anything anyone might have to perform under stress, repetitions and familiarity are absolutely key. It’s always been possible to practice bandaging pretend broken arms and splinting legs and putting tourniquets on people, but I’ve lost count of the number of times I’ve had Hemcon bandages demo’d to me by someone making a ‘hole’ in the form of a slightly loose fist. The cube simulates lacerations, different sized bullet holes in flesh and can be filled with different types of fake blood if desired. Phokus also have some really excellent medical training course plans that involve plenty of reps of physically performing important treatments with much less of somebody just standing in the front of a classroom and talking. 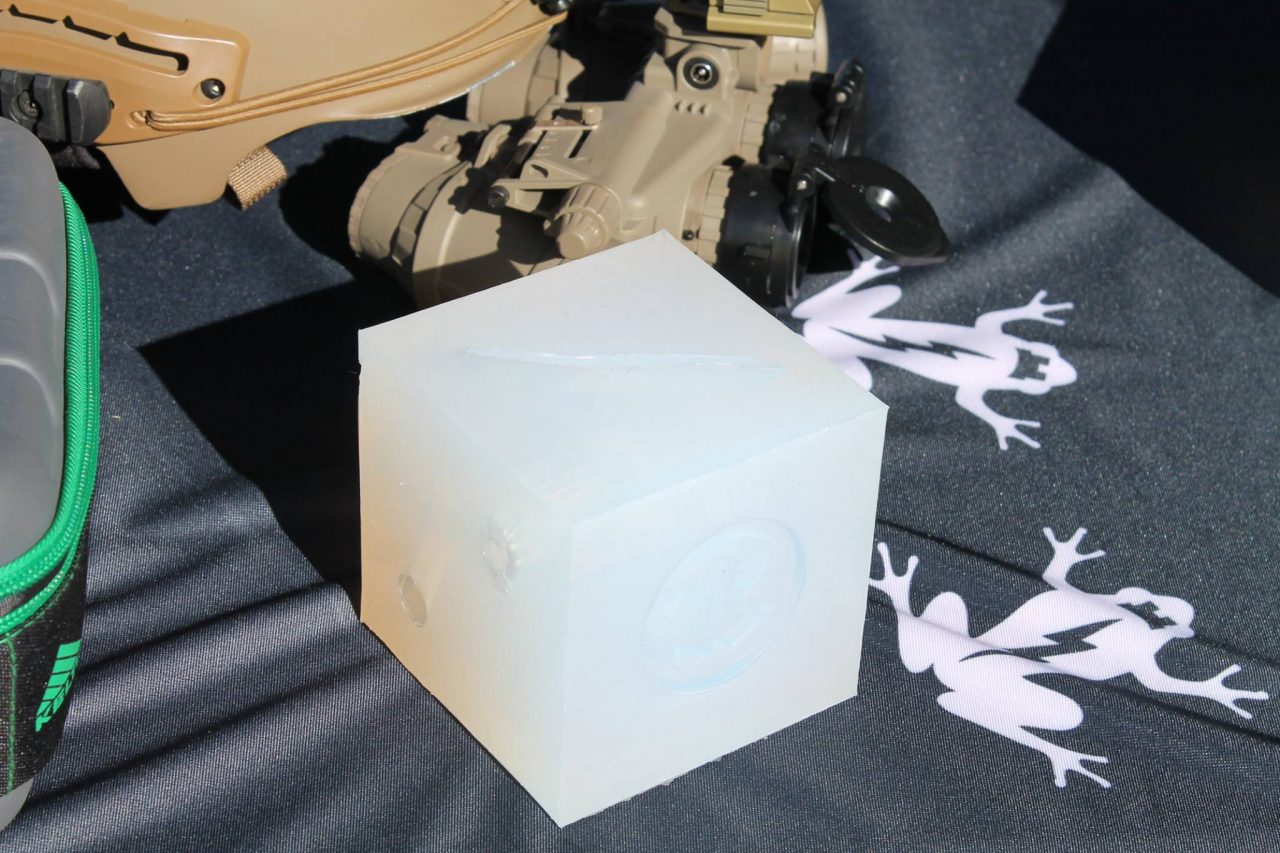 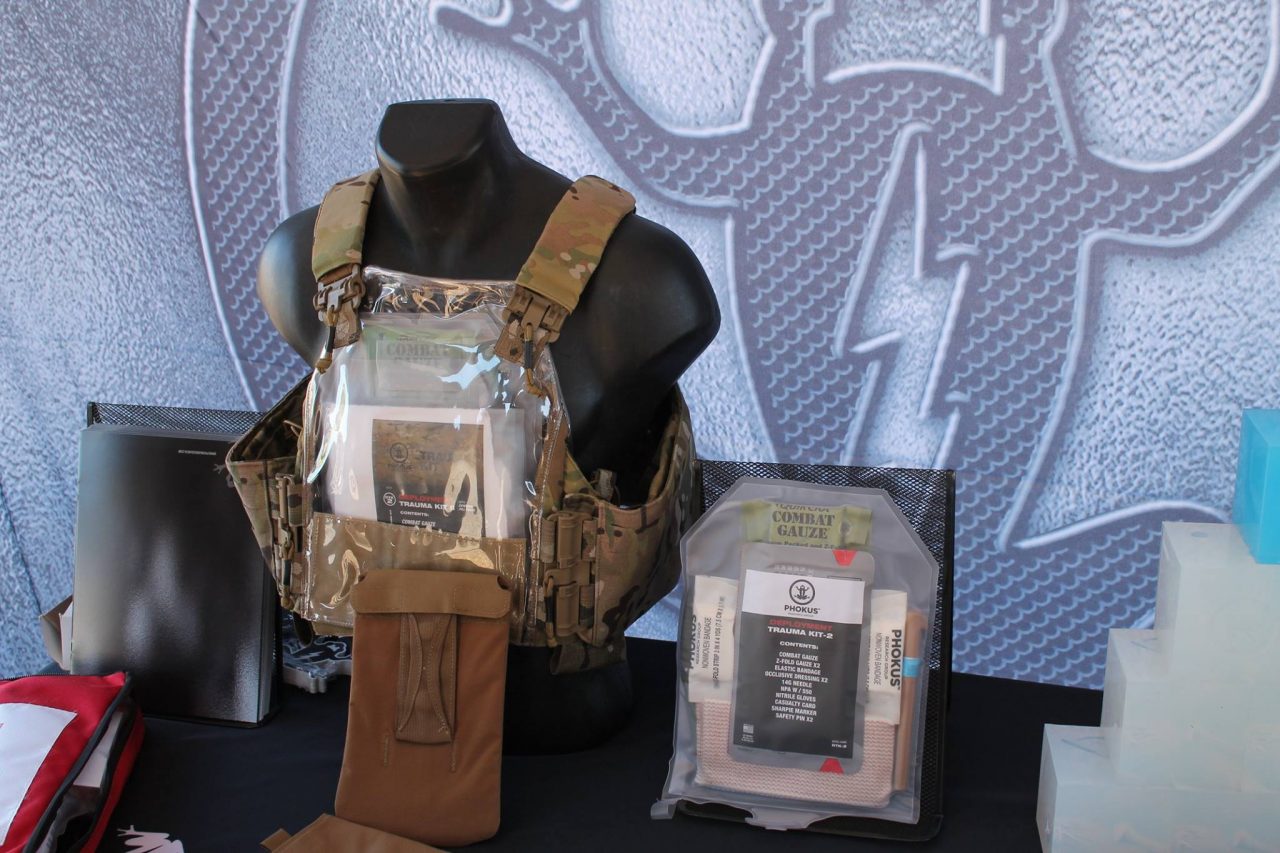 Beyond Clothing, FS themselves and Gentex Corporation (Ops Core) had stands as well, amongst others, with some cool new gear on show but I’ll be getting shots of those during the main body of the show where the backdrops and lighting will be better. Special thanks to the folks from Hill People Gear for getting us back in to town. As you’ll note the range was a pretty damn remote location, but given the fact scenery along the same lines just doesn’t exist in the UK I always thoroughly enjoy the beauty of the mountain ridges and desert flora. 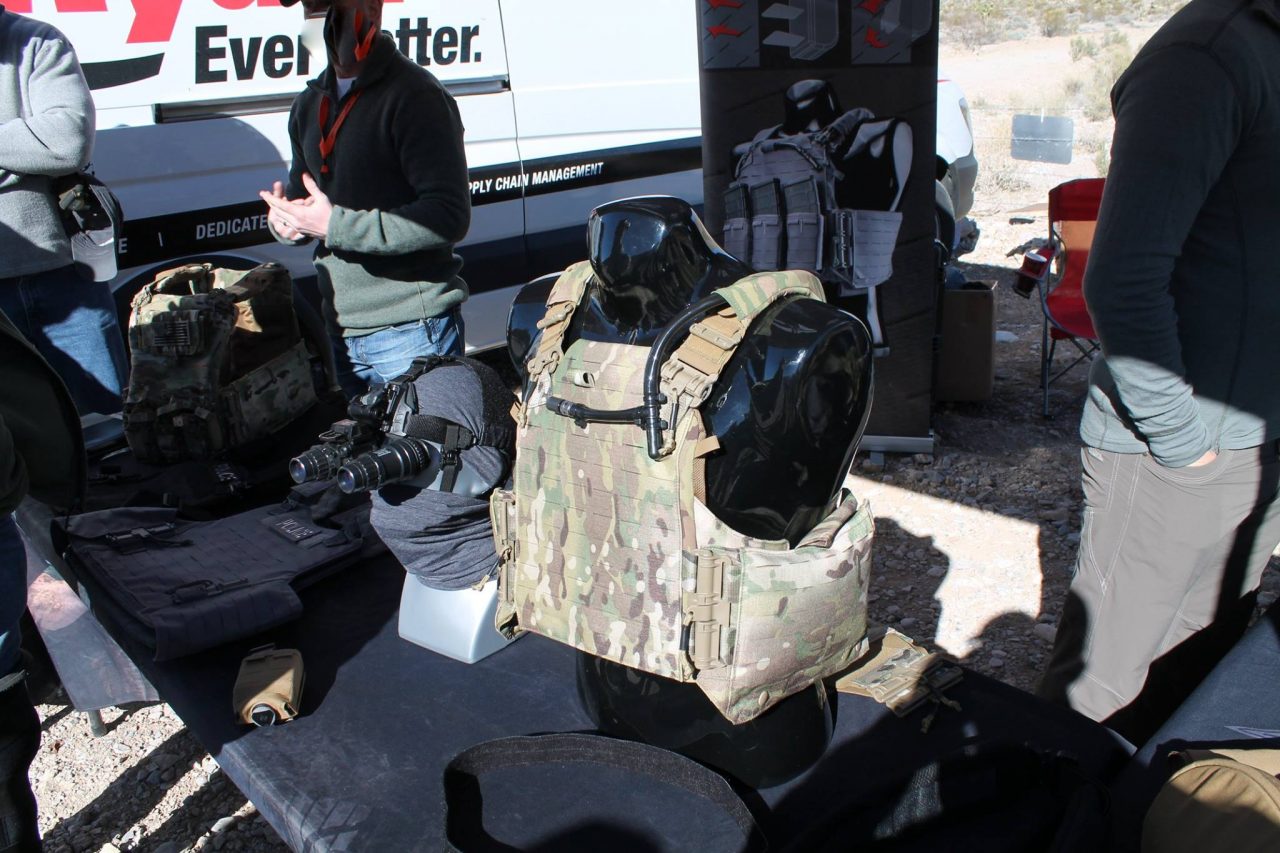 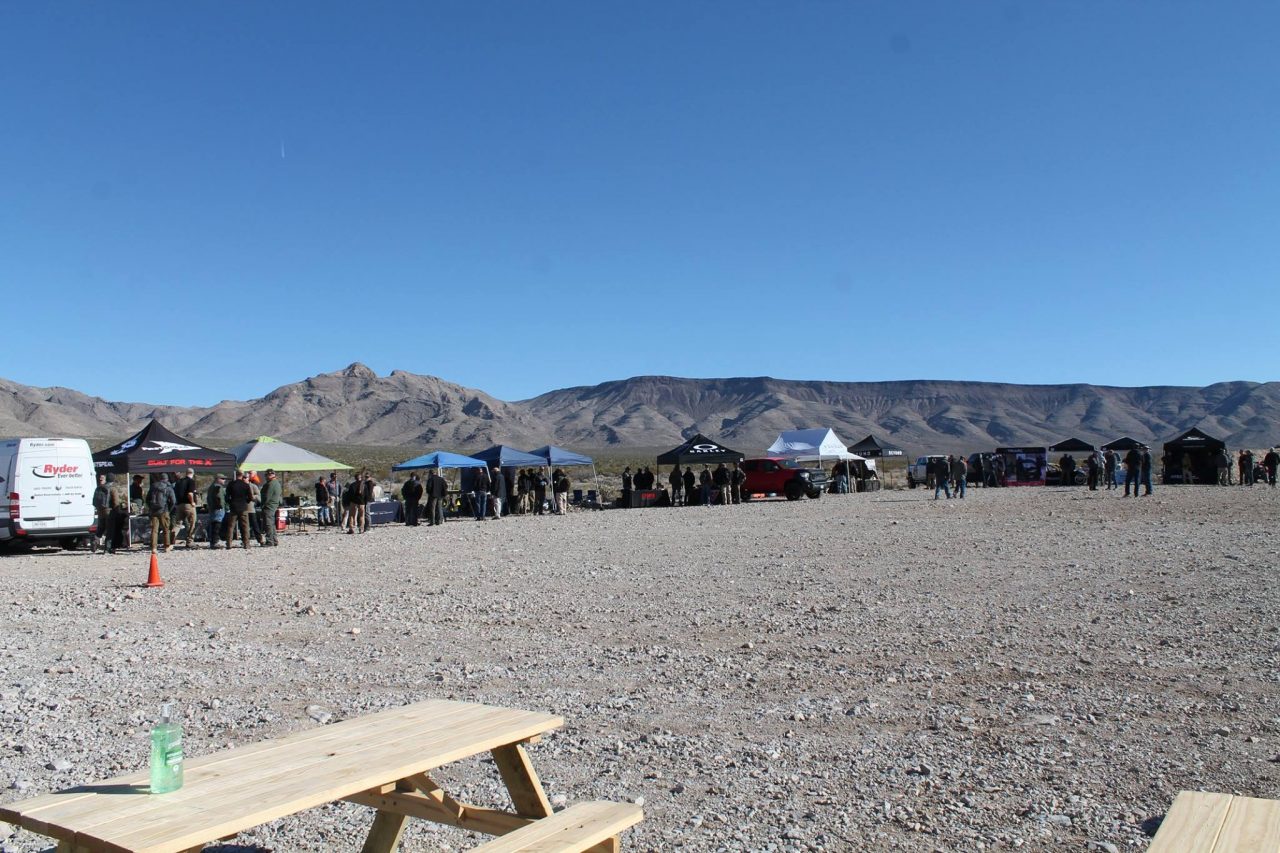 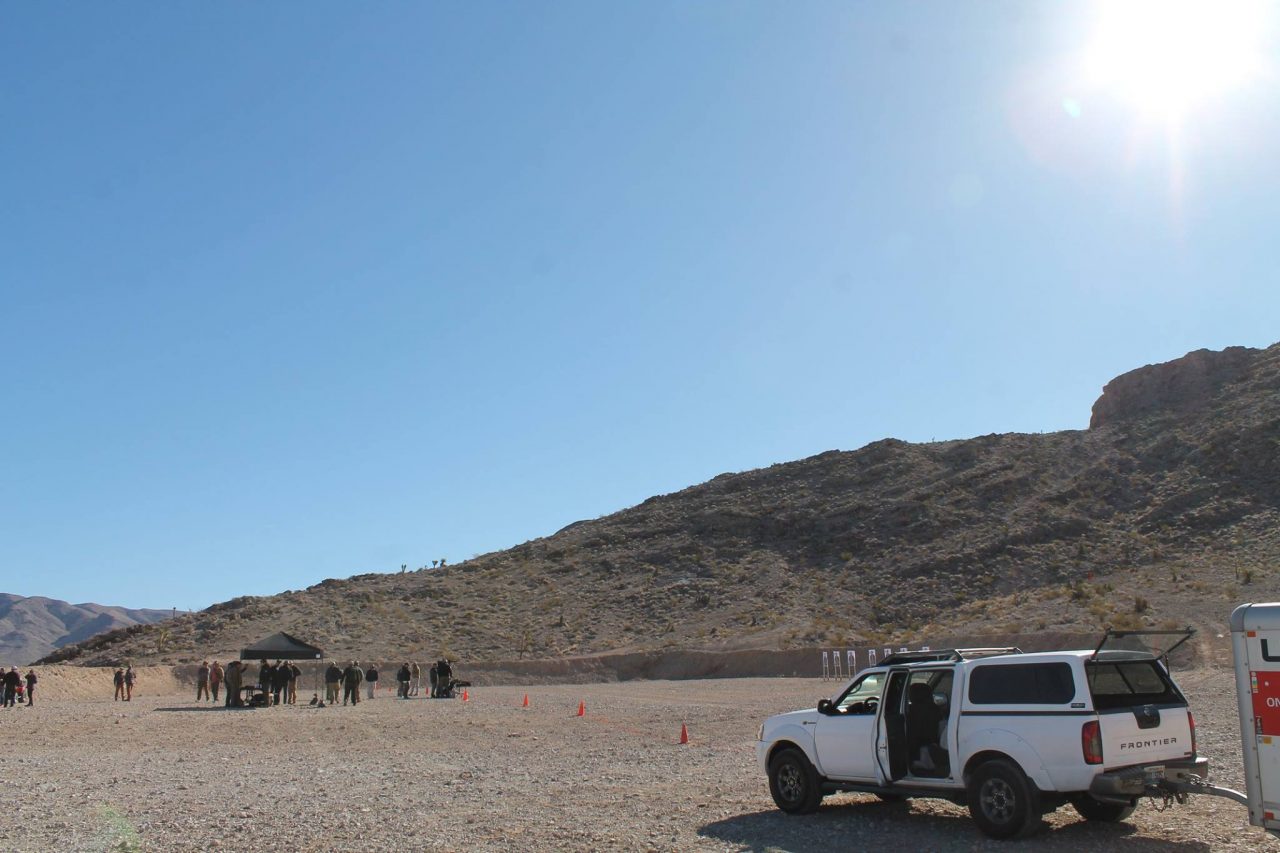