The new .50 cal minigun from Dillon Aero. Some of you may have seen a triple-barrelled rotary weapon in .50 BMG in videos from General Dynamics before now, but from what I was told at the show this is the first time Dillon has moved away from the 762 miniguns it’s been manufacturing for various militaries for decades now. 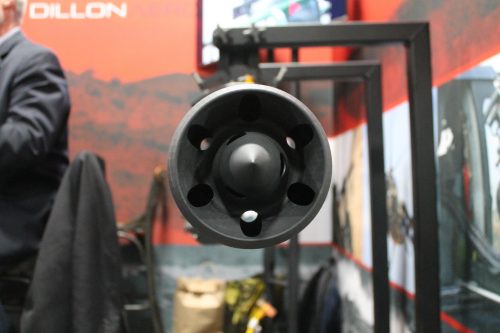 I’ve done a little bit of work on the classic 762 version myself on our Chinooks, but as you can see this variant is currently setup for mounting underneath an aircraft in a fixed position rather than being crew served. It’s actually attached in much the same way a Paveway/JBU or other similar air-deployed weapon would be. The brass coloured pieces you see here holding the upper part of the minigun on to the display stand with the red pad locks are actually just the same type of ‘hook’ that we use in the aircraft weapons world to screw in to bombs which are subsequently carried by fast jets. 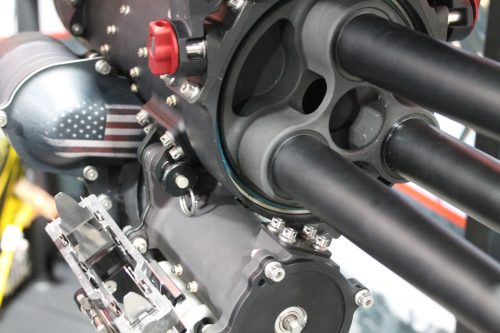 Hopefully some promotional video of this thing in action will surface fairly soon, although I was told at the show the development has only very recently been completed and serious testing was only due to start just after the completion of SHOT.