Had to check in with my buddies over at Raine TACTICAL of course. Quite possibly a gear company a lot of folks won’t have heard of, but make no mistake here, amongst many other things they manufacture half of all the slings issued to the USMC alongside Blue Force and I think the Raine sling might well be the better option. So as far as manufacture goes these guys are no slouches.
They spent pretty much all of 2018 getting the first Bridgers out there in to circulation and working the kinks out of the assembly line following their Kickstarter. I’ll have some discussion coming on that once I install the Bridger I’ve got here to my main Strandhogg. 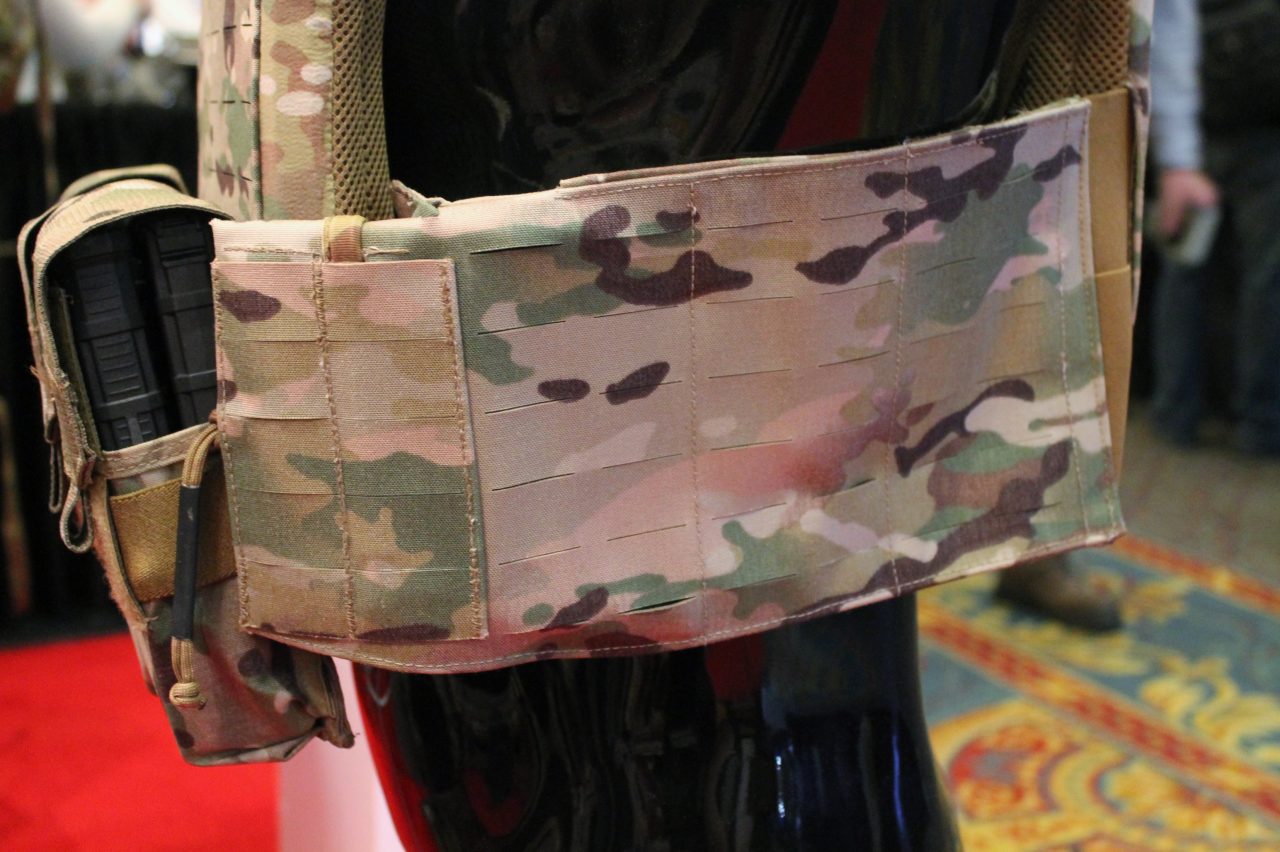 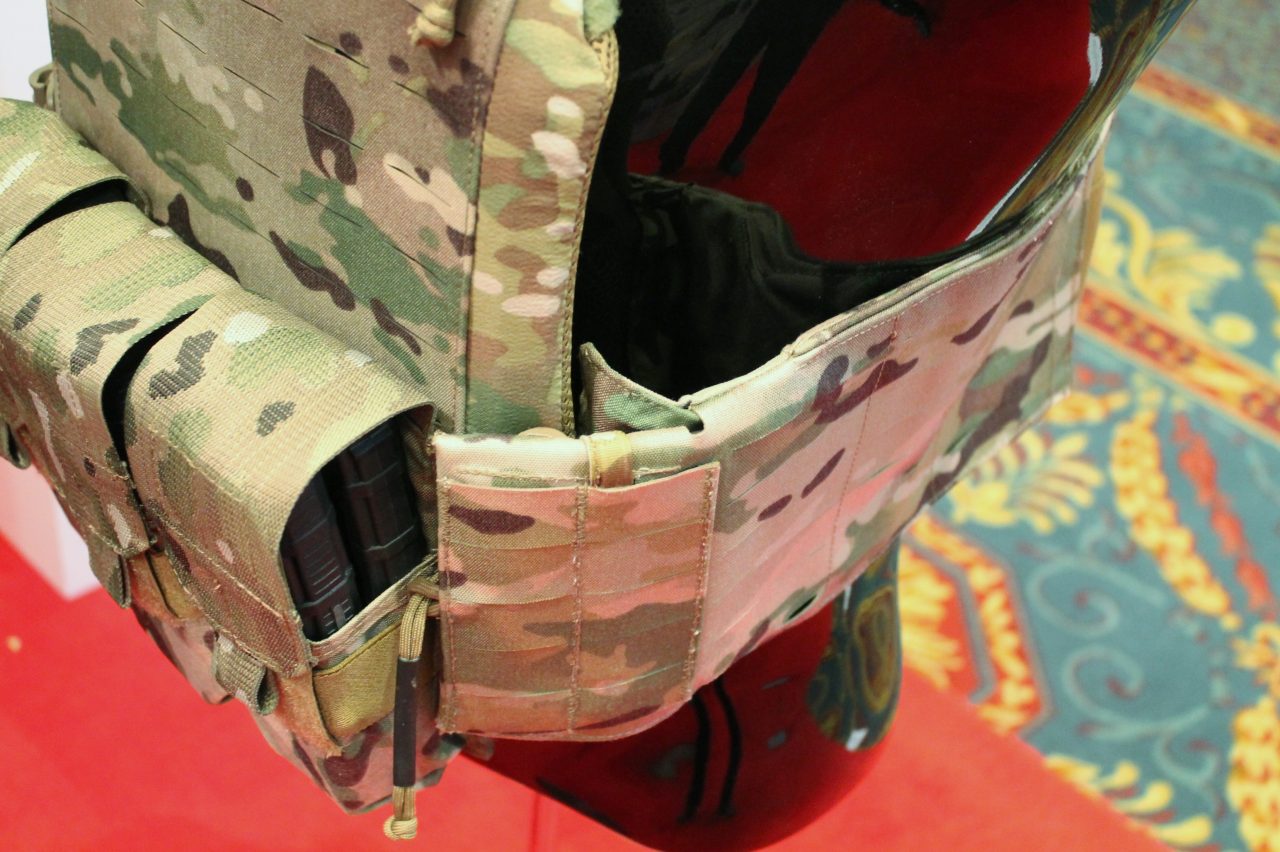 Other products planned include the complete cummerbund I’ve pictured here which is going to be a drop-in replacement type of deal for FirstSpear PCs have have Tubes and presumably any other PC that has the male Tubes in the right area with a pass-through channel in the rear plate (more options appearing on the market all the time). This is something like the equivalent of just attaching 2 Bridgers but with a slightly slicker interface between the main part of the cummerbund and the PALS surfaces that cover up the Tubes. Fingers crossed they’ll also do something along the lines of the FS Retro-fit cummerbund that includes the male Tubes on some velcro mounting so that it’ll work on just about any plate carrier on the market.
I didn’t get a picture of their split front chest rig this year, but I think I posted it in last year’s coverage so search for Raine on the blog and you’ll find that. It’s a pretty epic looking lightweight split rig that uses a single Tube in the centre with a Bridger built in so that no PALS space is lost but the quick don/doff is retained. 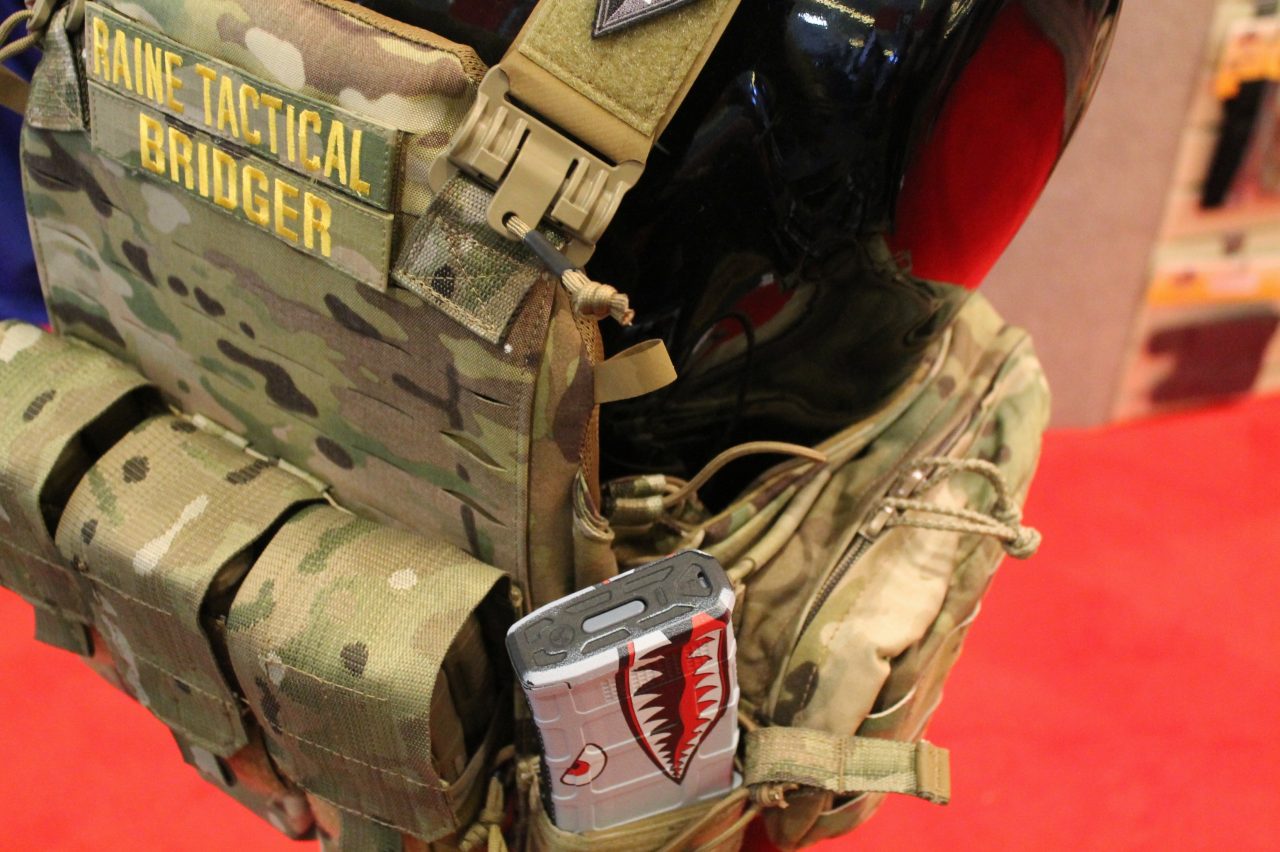