Scalarworks are bringing a 1.93″ Aimpoint Micro mount to the table, in addition to the absolute and lower-1/3 co-witness options already available in their famously feather light red dot mounting series. There are also plans in the works to do a similar thing for LPVO mounts such that the end user can easily rise up over PEQs and the like with their magnified optics. 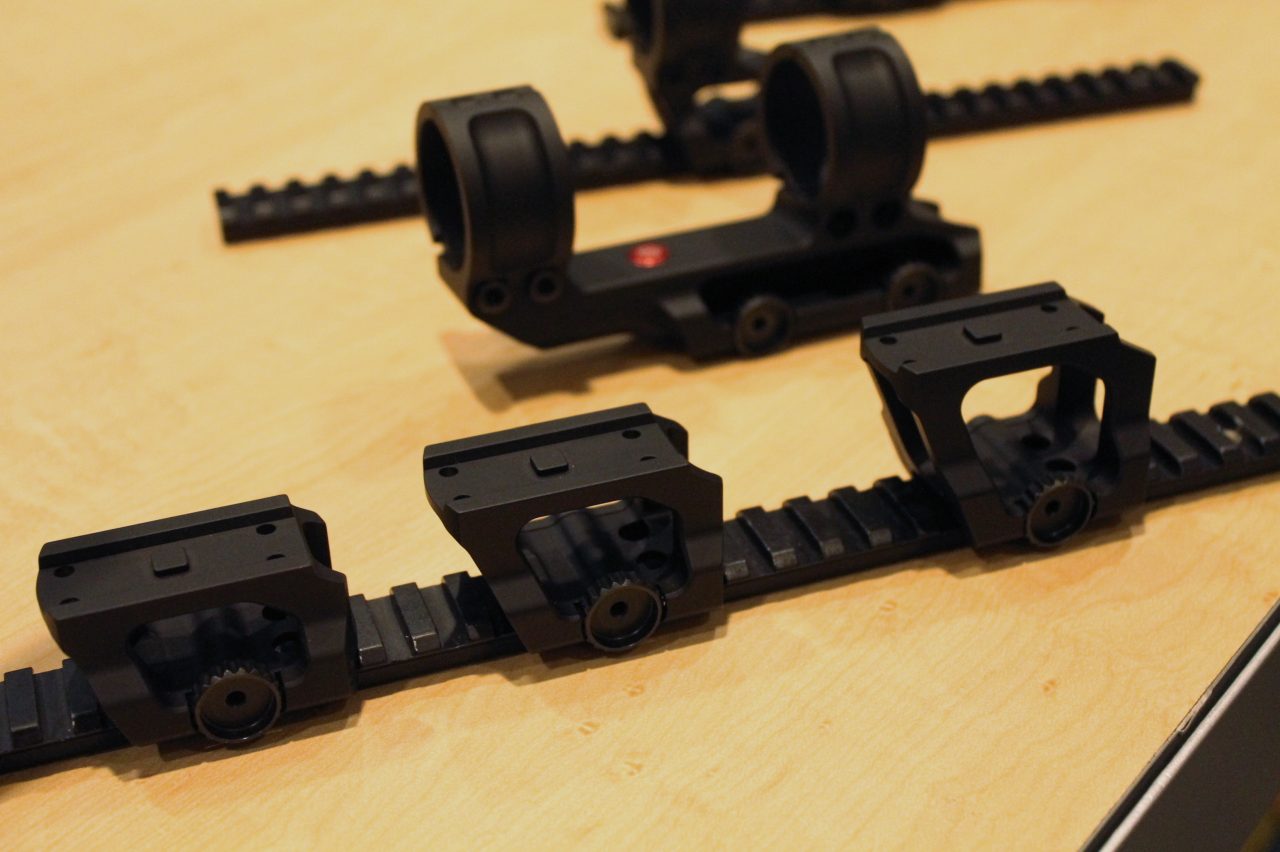 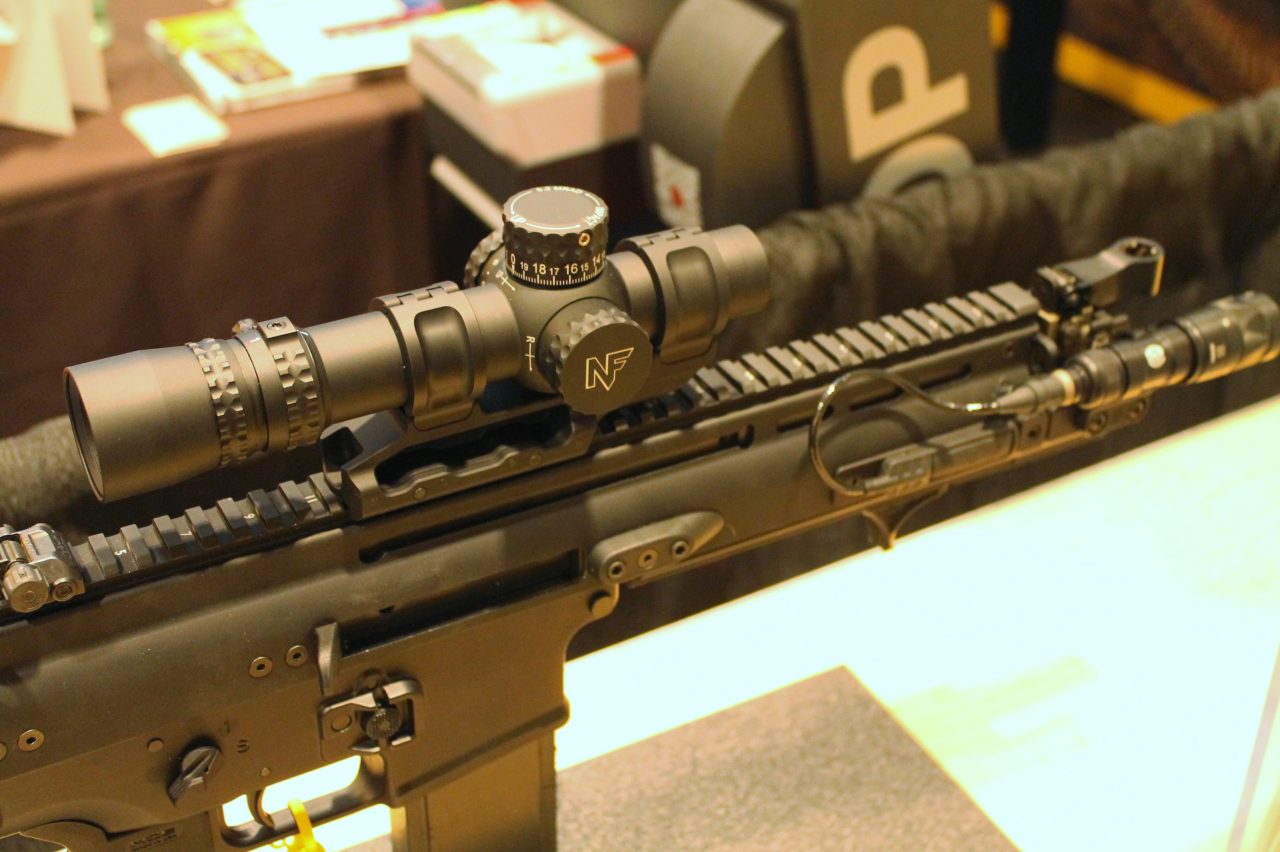 They also had a magnifier mount on show that I’m honestly not 100% on in terms of whether it was a brand new thing or is just the LEAP/MAG mount currently shown on their site, purely since the website page doesn’t show the details I’d need to differentiate. The one on the show floor actually moves the ring holding the magnifier within a cam type track rather than pivoting around a fixed joint, such that once moved out from behind the red dot it sits far closer to the gun than you would usually find with most FTS magnifier mounts. 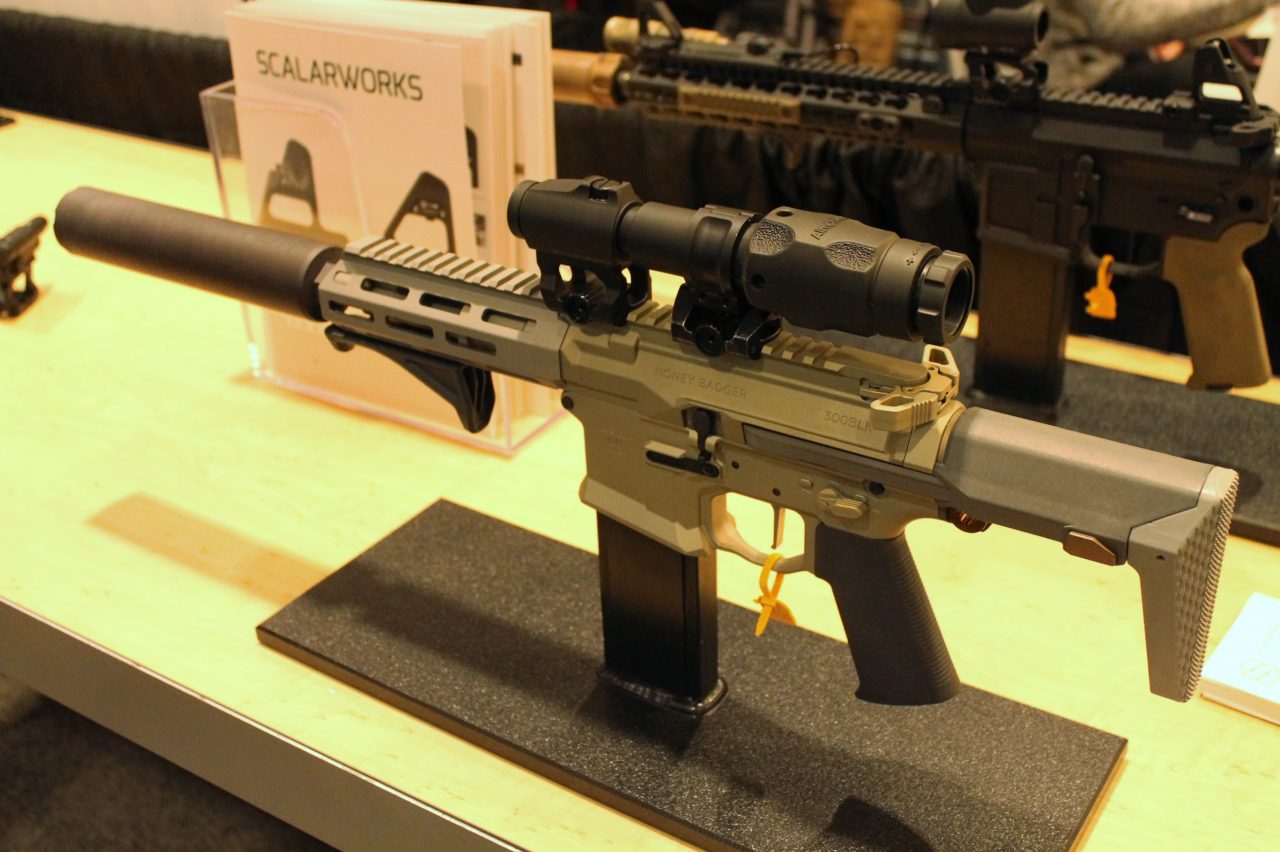 This also happened to be my first opportunity to handle a Q, LLC Honey Badger which is definitely one of the handiest ARs out there and the trigger is out of this world but I wont gush too much over that point. 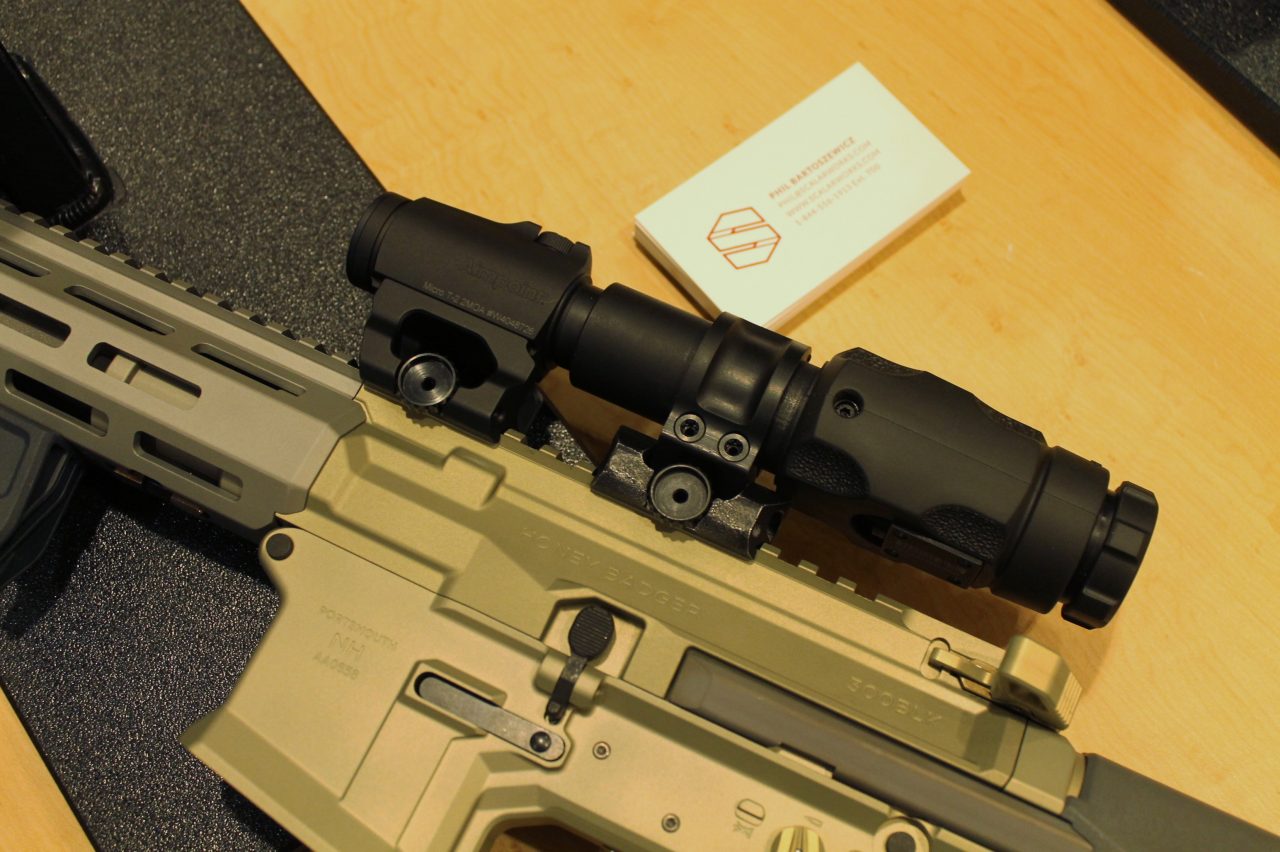