My favourite gun booth to check out at SHOT? Easily Taylor’s & Co. Firearms. I’m so bored of ARs at this point that I won’t both picking up the vast majority of them. They’re incredibly handy, practical modern weapons that really represent the pinnacle of an all-around gun that does a bit of everything as well as any gun could, but that also makes them extremely boring from a handling and shooting perspective by comparison to a great deal of other firearm designs. 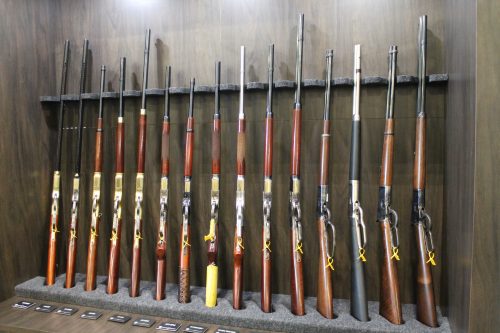 Taylor’s imports all kinds of 1800s era American firearms, mostly replicated by companies like Uberti in the famous firearms valley of northern Italy. A full range of Henry lever actions from the first variants with the ‘henry hop’ up to the later models. All flavours of Single Action Army, Spencer carbines, revolver carbines, Sharps rifles, derringers, coach guns, the list goes on. 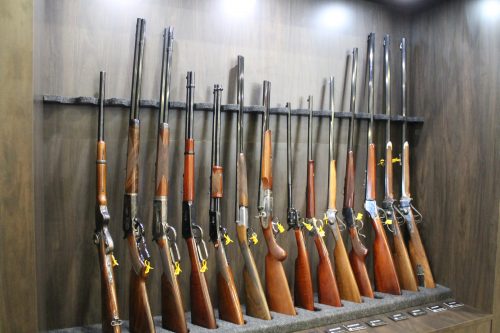 I really wish Red Dead Redemption 2 had done a better job of giving the weapons in the game their real names because I think these firearms would’ve gotten a real boost from a younger audience if they’d done so. That aside however, if you’re clued up and know what you’re looking at then if you have spent time in RDR2 and BF1 you’ll be quite familiar with an awful lot of the weapons that Taylor’s brings in to the US. Amazing stuff and the quality just oozes out of them when you work the levers and rotate the cylinders. 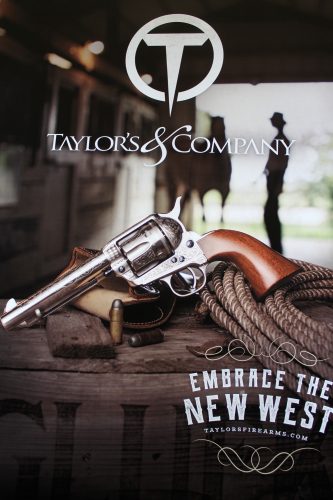