Crye actually already unveiled their Hot Weather G4s at SOFIC all the way back in 2018, first reported in this excellent post over on SSD, but that post seemed to slide under a lot of folks’ radars somehow or other.  I must admit I was really hoping to see the temperate G4s in person at SHOT this year given their applicability to British weather for a large portion of the year, but alas it wasn’t to be.

Shown in the title area above is the Hot Weather field set in Ranger Green (on display for the first time), which is really a jungle specific uniform versus the image of deserts that ‘Hot Weather’ conjures up.  That said, I personally reckon that ‘damp climate uniform’ would not have been as marketable as the name they actually went with.  The design is really about dealing with humidity in your environment more than just heat and the entire set is meant to be supremely light weight.  The trousers also include a mesh gaiter on the inside of each ankle built in from the factory, intended to keep out wildlife, again, an indicator of that jungle specific use case. 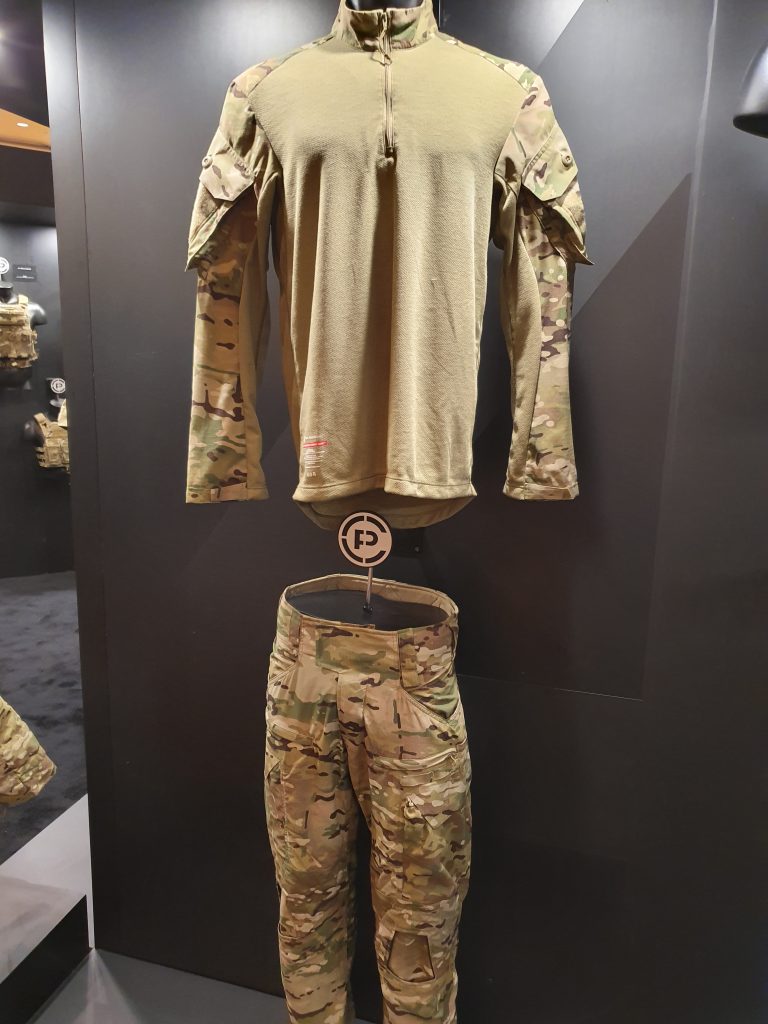 As you can see from the label below the HW line has a distinctive new red bar behind the specific item name and the fabric composition is very simple.  This uniform will not be anywhere near FR, it won’t even be no-melt/no-drip like standard NYCO uniforms with the lack of cotton and that polyester on the chest, but that is the sacrifice that has to be made at this point in time to truly minimise the amount of moisture the fabric will absorb and maximise the fabric’s ability to allow any water to naturally evaporate away, whether it be sweat from the inside or rain/humidity in the environment.  The silver elements being woven in also do a great job of killing bacteria and won’t wear out after a few washes like a lot of the anti-bac coatings and finishes that are out there.

As many of you will know, Crye designs their uniforms for SOF who have large budgets and don’t have a problem frequently replacing their uniforms even when the pieces are expensive, so they don’t mind sacrificing some tear/abrasion resistance for lighter weight and better breath ability.  This is perhaps the biggest misconception on the commercial market place when people see a high price and expect not only the super light construction and mobility but extreme durability at the same time.  Everything in the realm of firearms and equipment design makes compromises and picks a point on a sliding scale that best fits the end user requirement. 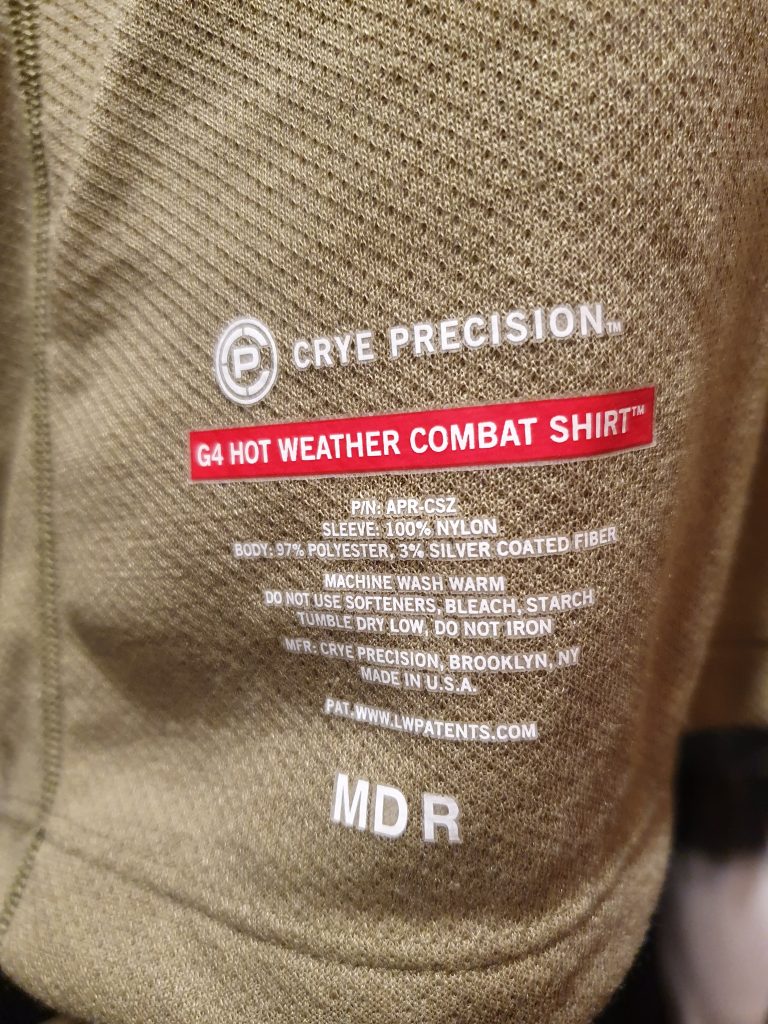 The specific types of 100% Nylon that are used for a lot of the Hot Weather sets are based on this Apocalypse fabric.  One variant is the 165 Apocalypse as shown below and the other is similar but technically has its’ own name, however that one wasn’t on display this year at the Multicam booth.  There are two weights of nylon used, a 3.5oz and 4.5oz with the 4.5 obviously being found in areas like knees, seat and elbows.  The rest is the the lighter weight and as I mentioned the entire uniform set is incredibly thin and light, the fields even more so than the combats given how few pockets and other features they have.  The Apocalypse is rip-stop as is visible here and it does have the 2-way stretch just like the VTX for normal G4s. 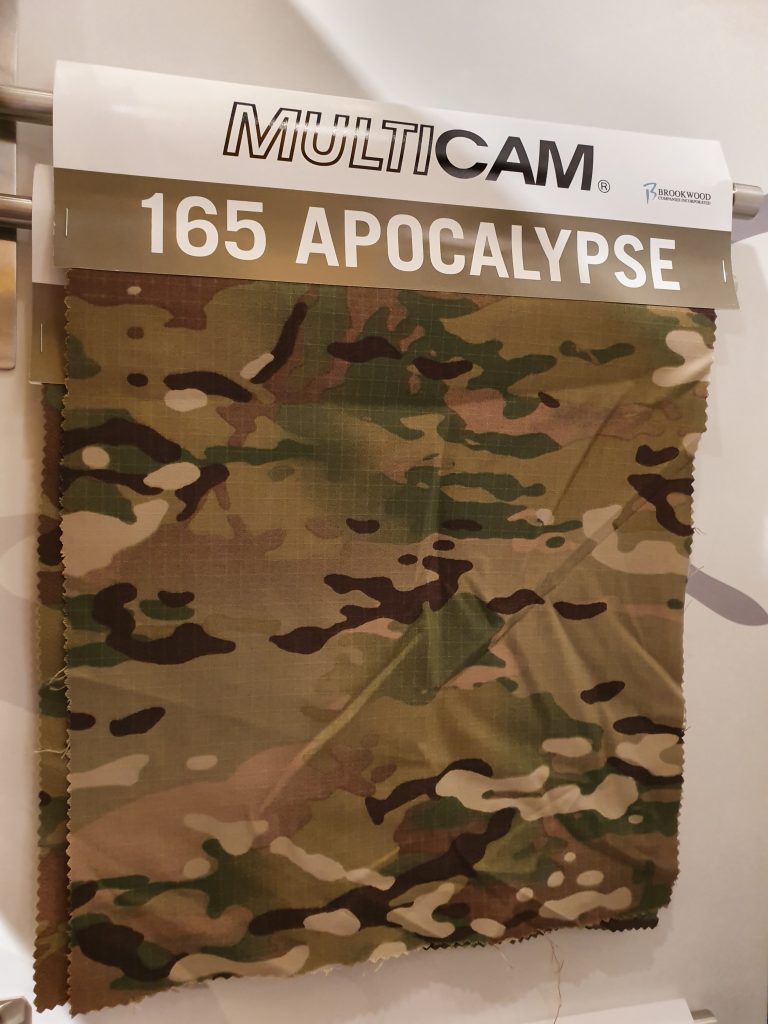 Standard G4 sets were at the booth, with the combats in RG and fields in khaki, implying these other colourways probably aren’t too far from release now (after many months of only MC being available).  I don’t know if flat black is also close to release and my expectation is that it will be a long time before we see MC Arid and Tropic on the commercial market, I won’t even speculate on MCB at this time.  They might be on G5 before those happen. 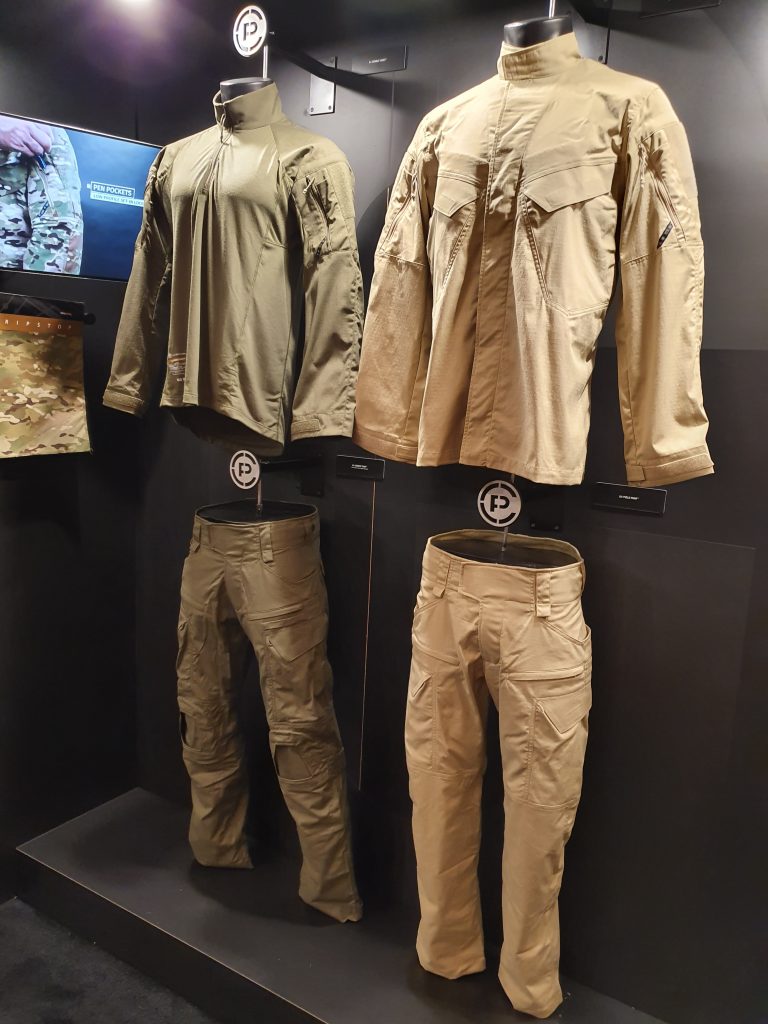 The Khahki 400 G4 field set shown here almost looks more like the old Sand colourway from Gen 2 under this lighting.  Unfortunately I think it was just the lighting in the booth that caused this rather than a deliberate change in dye choice.  That welded edge on the chest pocket is looking great though. 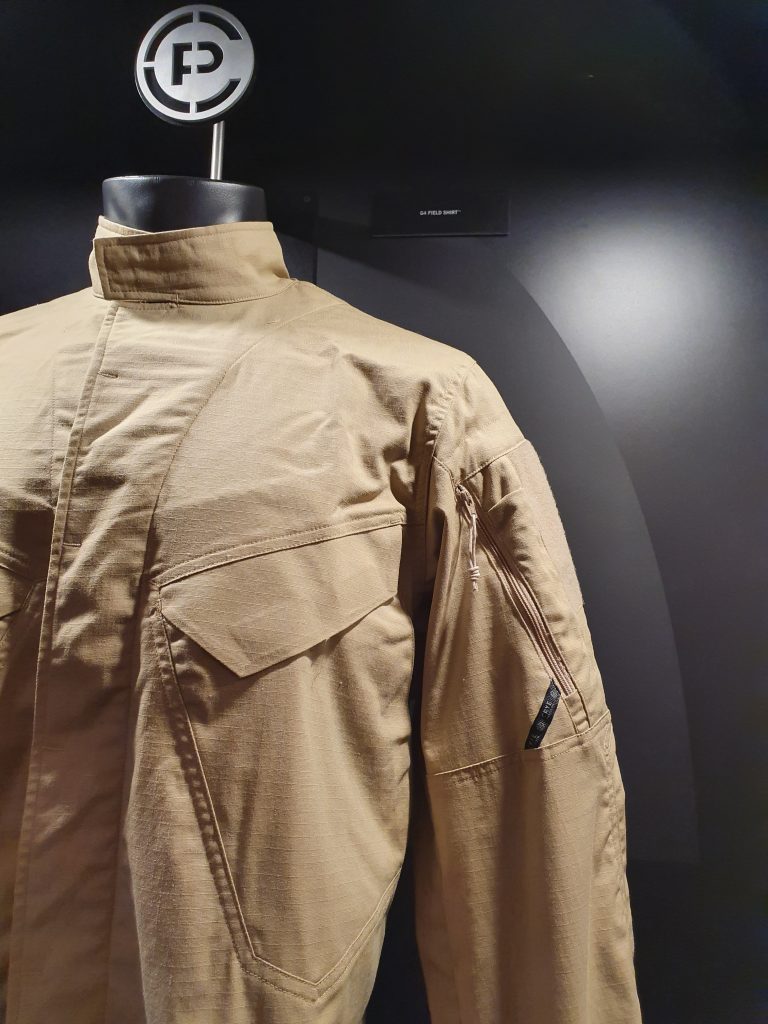 Some info on designs that are currently in the planning stages (that aren’t in any pictures) and you probably won’t hear about from many other publications, if at all:

Perhaps the best news I heard is that the pilling problem with the regular G4 VTX material has been recognised and strides are being made to remedy the issue.  While it does ‘look’ ugly it doesn’t compromise the garments, but none the less it is something that is being looked in to at the level of the mills, the design of the weave and the raw materials.  I was told a solution isn’t too far off but I am unsure if there will be any way to differentiate the new fabrics from the original.  Quite likely it will be a silent change with no adjustments to the naming of any of the products, so if you’ve been put off by the pilling I’d suggest waiting a while longer and keeping an eye on quality news/blog sites for a confirmation on the update.