In recruit training I once put my rifle down on its’ right side and got made to run up and down the hangar with it held over my head shouting out loud (repeatedly) “I will not put my cocking handle down on the ground!”. So yeah, the below image was hard to take.

Normally my ICS Airsoft L85 is setup with a boring old grip-pod and ladder panels on the Madbull copy of the DD quad rail. The Elcan is some generic china clone that’s pretty heavy but it has by far the widest FOV of any replica 4x I’ve seen which is very nice for finding and ID’ing guys in camo through the trees. 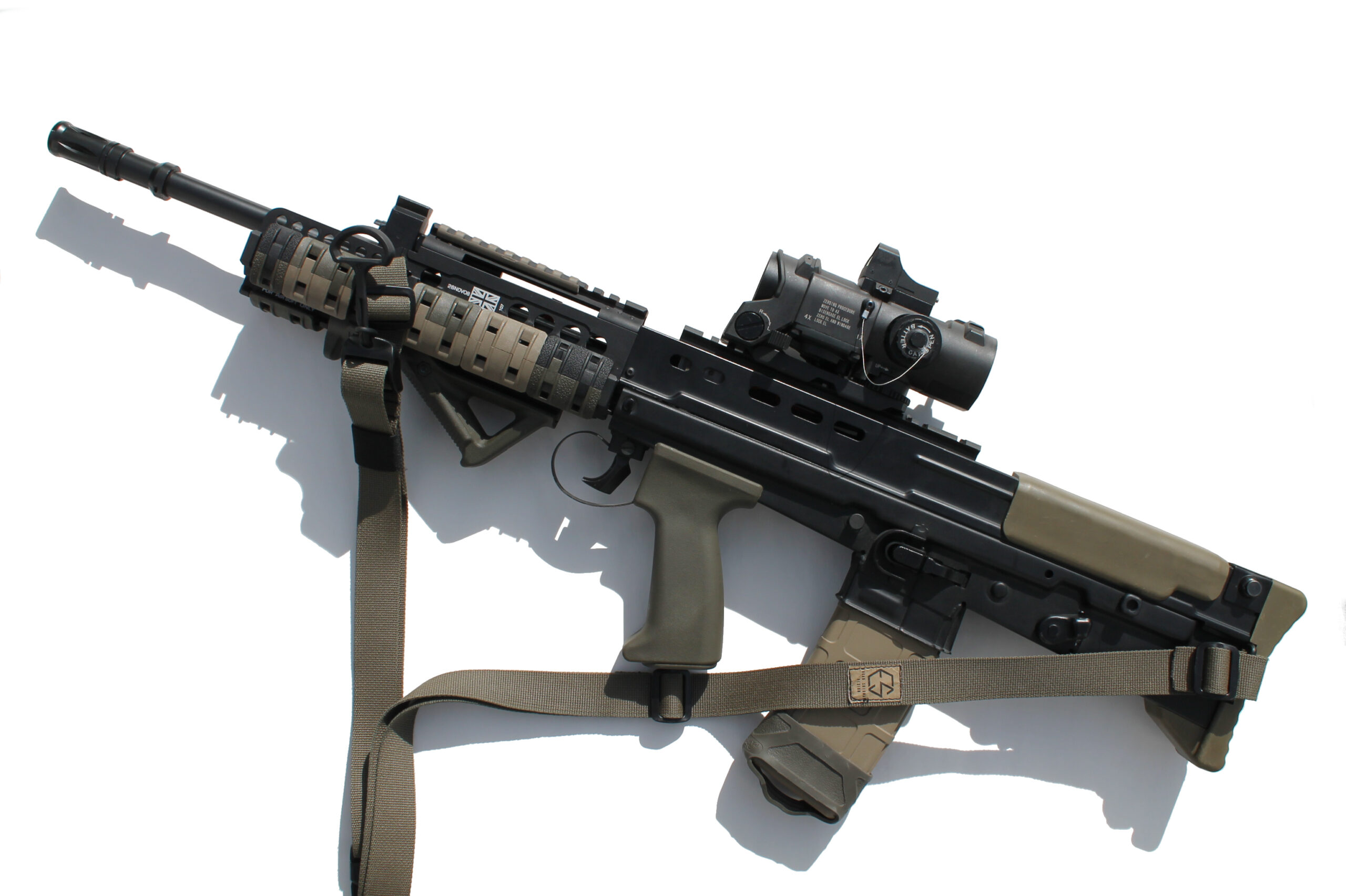 I setup the forend all funky style just briefly and took some shots before resetting it, as this is the only quad rail I own now that’s not a KAC RAS and hence is better suited to smaller panels of a modular length rather than the really old school fixed length panels (KAC and TangoDown).

Somewhat ironically, the one type of AEG mag I have that this RIF doesn’t like is my old Magpul PTS EMAGs which can be removed without pressing the mag catch. I think I actually lost one in the woods many years ago due to this. The old PTS PMAGs however lock in absolutely perfectly, not too tight but no rattle either and immaculate feeding.

I never really got along with the AFG idea on longer railed ARs, but it mimics the thumb-break grip I used with the grip-pod on the real rifle in almost the exact same spot when placed here as shown. The problem the firearm suffers in terms of gun pop culture of course is you never see anything but MoD standard shooting and standard issue configurations; there is no aftermarket as there’s nobody out there looking to buy different barrels, forends, grips or triggers. In fact most of the airsoft L85s out there are pretty conventional setups as there’s not even an aftermarket for ergonomic/aesthetic upgrades in the replica arena.