Quick few thoughts on mine and Passive Shooter‘s trip out to Ambush Adventures Billet site; I’ll be talking more about what I used that was new and what I found out about tomorrow.

For those who haven’t been or seen me talk about this site previously, it is a small area no doubt, but it’s good overall and the guy who does any fixing up of my electric RIFs lives only about 10 minutes away so I can kill 2 birds with 1 stone and there’s few things in life I find more satisfying than that.

A bog standard old style AR AEG can reach at least half of the way across either the width or length of the actual area that’s used in play. However the buildings within are made up of many, many split up rooms and corridors so this is no great issue, there’s lots of usable gaming area to battle over. There were a tad under 20 players per side today at a guess, which honestly worked about spot on. No walking around for ages wondering where everybody is, but also, unlike many other close-up type sites I’ve attended, I didn’t spend most of the day stuck in the same half dozen cramped, impassible bottle neck corridors and doorways. 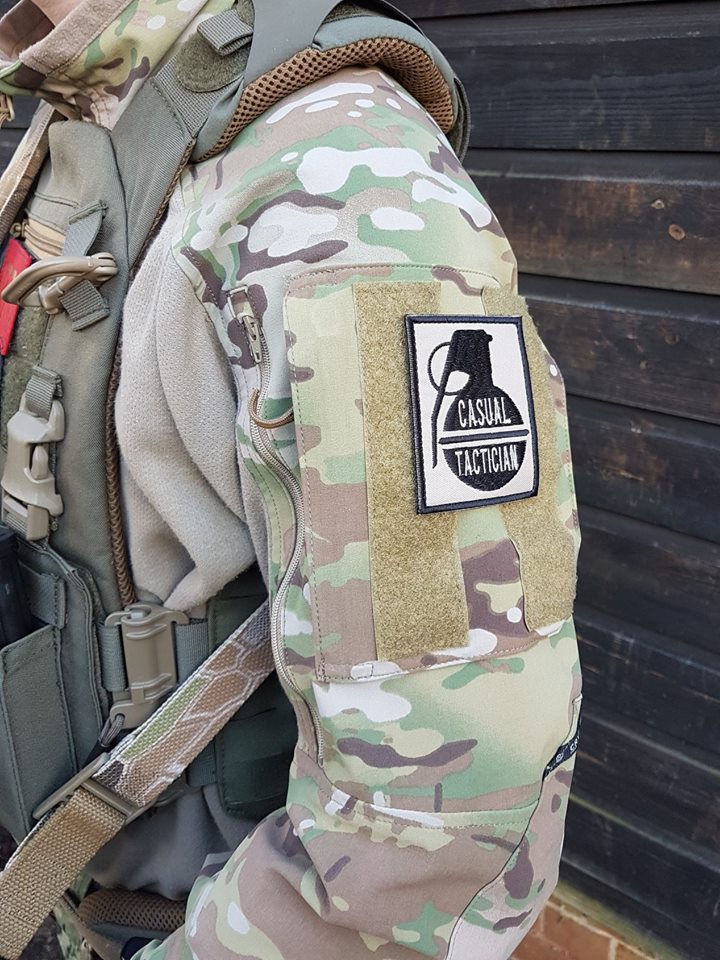 I’m not personally a huge fan of every game type they run, but then basically everyone else was so I’d say that’s entirely on me. I’ve also been a good few times before and at this point the physical site isn’t massively interesting to me, it’s also entirely on one level, but again they have regulars who play all the time and you can never under-estimate a skirmish site that avoids the issue of constant choke points. They also run ‘No Bang’ days, which may be a sneaky joke at my lack of tinder matches, but on the regular days it’s a very .209/9mm grenade heavy site. That has its’ ups and downs without doubt, but personally on balance I’d rather have everyone actually have to shoot each other vs certain people who come loaded up with multi-shot grenades just chucking them around every single corner. Or play against lots people who just throw a pyro any time there’s any sort of a stalemate. I get the flip side of the coin too, but with a fairly small player count the stalemates are kept very minimal.

There’s no driving down a bumpy dirt road to get to the parking, there’s generally ample space for cars too. A walk on is £30 and crucially a lunch comes with that and it was a bloody good one, joint best I’ve had at an airsoft game myself. Actual fruit and veg mixed in there, enough food in total for a full lunch meal then a snack in the afternoon and a bottle of water for all the idiots who think coffee and Monster are the go-to beverages for a day running about with kit on. At this point after playing for about 11-12 years, the food, safe zone and the attitudes of people in attendance are very much the key aspects of playing this game for me. As with any site I’ve seen the odd mildly-iffy player attitude, but it’s very minimal frankly. The marshals are experienced and do a solid job and considering how short the distances are where people are getting shot the number of ‘disagreements’ were essentially zero.

If you’re curious what I’ll say about the gear tomorrow; quick preview, I managed to make 2 items fail pretty impressively, both from kit companies most folks would consider top of the food-chain. Just in playing about 4-5 hours of airsoft.