I’m not a medic, the fact I have some basic training doesn’t mean I’m going to tell anyone how to use equipment that can do as much harm as good.

The one tourniquet I’ve repeatedly been instructed on and practised with is the CAT and it’s the only design I’d feel confident in being able to employ effectively if the time came. Personally I don’t anticipate ever having to use such an item in my life time, but if I’m ever putting together a medical kit and decide to add a TQ, this would be the one I’d buy again. It’s gone through a lot of iterations over the years and changes in doctrine within the military, but I like the simplicity and I feel simplicity is key for the vast majority of us.

The thing I really like most is the fact that if you break it down in terms of the initial application, the CAT is literally just a riggers’ style belt, except you use it for artery clamping instead of holding up trousers. There’s no technique to learn at all in terms of how you tie it around a limb, it is just the same as putting any strap through a tri-glide and securing the tail back on itself. You don’t even need to have the tail loose and route it at all if you don’t want, you can leave the routing already set, just open it slightly to go over the affected area then yank it back down again. This is something that can’t quite be said for the RATS, TK-4 or anything else where the buckle has an open side and the tail is stored freely from said buckle/routing piece. 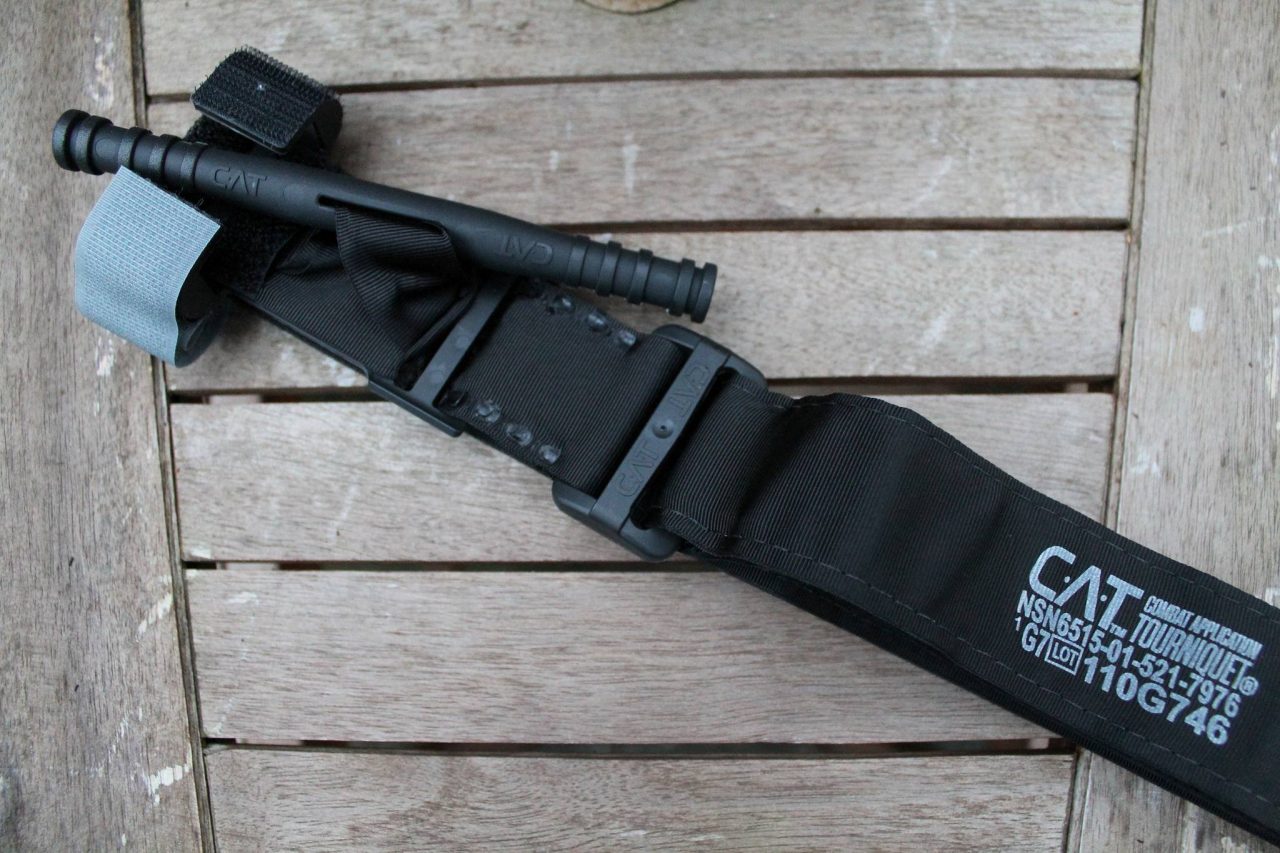 I’ve never seen arterial spray from a human, but I’ve seen a video of the artery being cut in a sedated pig during a course in work and it’s genuinely hard to believe. For those who’ve not seen it, the most relevant analogy would be putting your thumb over the end of a hose to block off most of the pipe. Even a fraction of a second wasted is too much, which is again why I would personally prefer to have a CAT to hand in the unlikely event I ever needed to staunch arterial blood loss.

I appreciate lots of other people have other preferences and training and of course storage location can be a factor depending on what you’re doing. I certainly wouldn’t mind giving the SOF-T wide a look. But overall as things stand, given the training and practice I have, this TQ is top of my list.

The only advice I’d actually give is as follows: Don’t fall for social media marketing and go buying gear like this, putting it in a pocket and thinking you’re good. There’s a lot of rules for safe and effective tourniquet application. I don’t carry medical kit myself everyday either, all I personally do is try to be conscientious of always wearing a belt and never wearing a useless skinny one. 1.5″ width as a minimum, around 2″ preferably. It’s never a TQ substitute but in the event of a truly life-threatening bleed I know I’ve got something at least rather than being utterly helpless. Don’t take this as legal advice of course I’m not a nurse or doctor, just seek out good First Aid training (pretty sure there are even free courses out there). Best to learn things like CPR and how to deal with shock, burns, fractures/breaks, choking, extremes of heat/cold and allergic reactions.

As with so many things, the best way to avoid bleeding in the first place is to avoid any sort of altercation and not do stupid shit around pointy objects.