The first time I went to SHOT I swung by the VERTX booth and was shown their 37.5 combat shirts that weave some kind of fibre taken from coconuts in to the torso fabric. Now of course I was a tad sceptical about this at first, but the guy there made some strong claims in terms of their material having better antimicrobial properties than even silver does. Being a person who likes to hold off the underarm sweat stank as long as possible when I’m not in a position to shower for a few consecutive days, I picked up one of the last Recon combat shirts they had in Highlander to test out the claims. 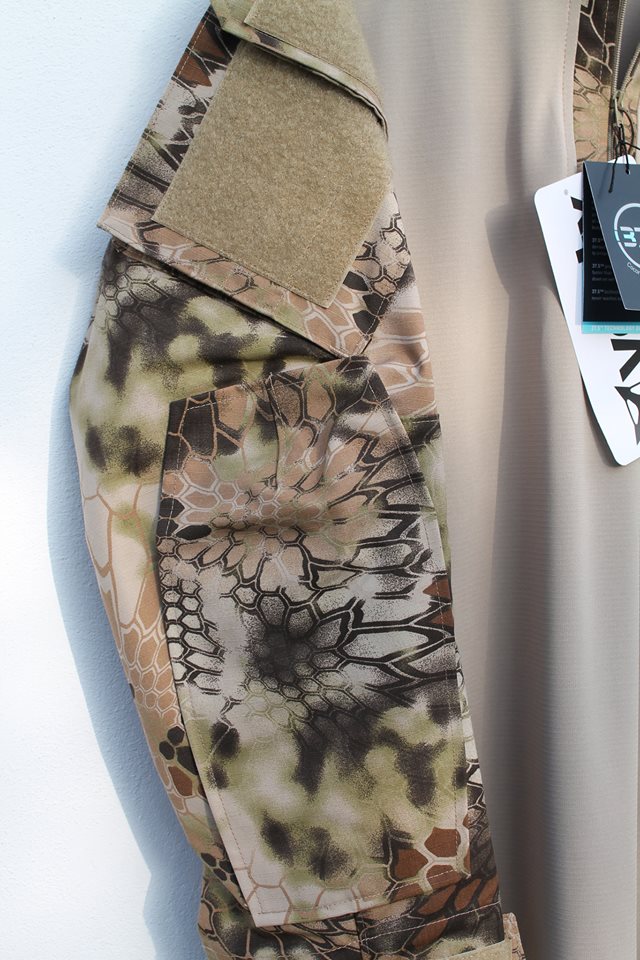 Unfortunately I can’t report back on that just yet as I’ve been trying out other gear, but wearing this shirt and running around with gear on in some heat is high on my list. I’ll be breaking one of my own strict rules and getting it sweaty then stuffing it in a plastic bag for 24 hours to see just how well the fibres keep the bacteria growth at bay. As with anything I try out I’ll be reporting on the findings of course.

The generally positive things about this shirt are the fact Vertx produce stuff to a good standard with more of a mid-range price tag. The sleeves here are NYCO similar a similar cut to Crye’s Gen 2 overall, which really makes sense because it’s the cut that simply works if you ask the vast majority of people who’ve ever worn a combat shirt.

The label may seem a mis-print and the English is slightly iffy, but the first number refers to the 37.5 design/tech and the percentage of polyester is the second number. 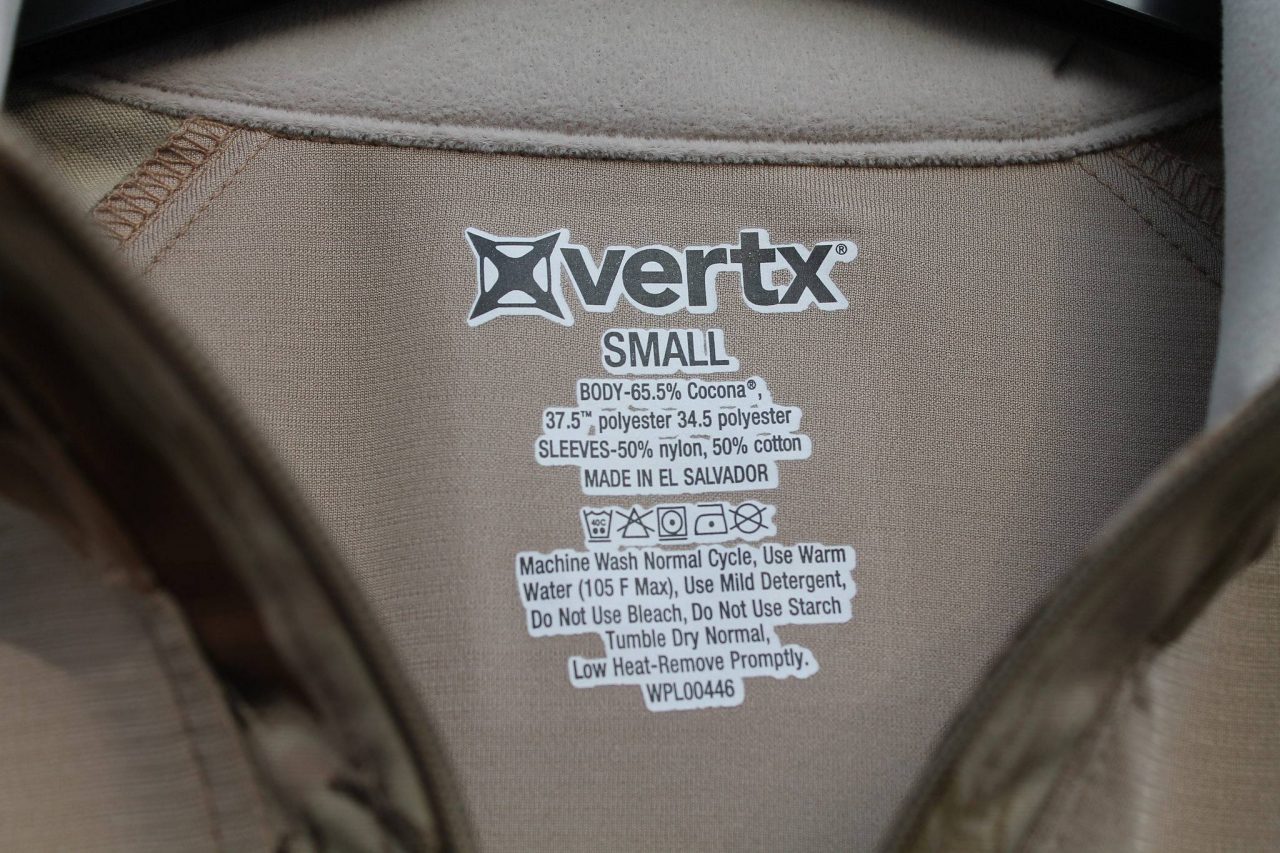 To my mind, even if they antimicrobial performance isn’t as great as advertised (which I’ll find for myself) the $100 price tag for a combat shirt using these materials is a strong contender for value on the commercial market. Especially when some similar brands use PYCO on the sleeves with inferior materials on the body and charge very similar money.