Hit a little golden seam in my big old backlog of gear pics to post. Finally get to talk about what I personally would need to see in a potential plate carrier purchase and display my most recent custom(ish) amalgamation.

This is purely what I use for airsofting and trying stuff out since I’m not nearly Tier 69 enough to deviate from my issued Mk4 Osprey, but it’s a list I’ve developed over a good few years based on playing a few different types of games, using various types of replica guns and in every season and weather condition. To avoid going off on too many tangents I’ll break things down to bullet points, each of the following are boxes that have to be ticked before I click checkout.

-Taken as read in the modern world, but construction needs to be light and efficient. 500D cordura and some hypalon. No 1000D, big metal buckles, excessive layering etc.

-Also taken as read but sewing must be more than up to scratch. Potential for failures in stitching simply isn’t acceptable. Your kit is no use to you on the floor because a shoulder strap wasn’t bar tacked, or a buckle didn’t have the triple or X stitching it needed. Obviously far more of a concern when wearing real kevlar/plates that both weigh a lot and need to actually protect you.

-Quick detachment between cummerbund and front plate bag. Ever since I picked up my first FirstSpear​ Strandhogg I have outright refused to go back to tearing up that huge field of velcro under the front flap. Shoulder strap QD is preferable but not an absolute necessity.

-Compatibility with placards of the type Mayflower standardised some years ago. It’s something not seen on widely issued military armour because when you’re only ever rocking the fi’ fiddy sex you don’t need that. However the great thing about airsoft or being a civvie shooter (in some countries) is you can pick your guns; probably useful for sneaky blurry-face dudes too. Sometimes you want sub-gun sized pouches, sometimes something like an ESSTAC for the ideal 556 pouch, maybe sometimes TACOs or SR-25 types pouches. Maybe you go real crazy one day and mix it up with GP pouches or med kit or a holster, who knows? There’s loads of placards to choose from and with straight PALS platforms the options are endless.

-Integrated admin pouch with external loop, but built internally. Not the ideal setup if you actually put armour in your rigs (then you want an external pouch), but I don’t so I don’t. Zip closure so there’s no openings at all, also some elastic retention for small items are preferable. Loop has to be there outside for patches… duh.

-1″ Webbing attachment points for ITW Grimlocks. Once my hydro tube is routed over the shoulder, I want enough slack to actually drink without yanking on the tube every time I’m thirsty, but I don’t want said slack flopping around in my face and the retention for that slack needs to be quick and easy to open/close. Obviously these also come in handy for managing cables and other comms stuff if desired.

-‘Negative space’ PALS, because webbing is so 2012. 6/12 from FS and other laser cut PALS grids are becoming more and more common and I think in a few more years they’ll finally make-up the majority of kit that’s produced. If you’re more of a gun guy, think of it as M-LOK for your gear. It just makes sense.

-Full interior lining of spacer mesh – plate bags and cummerbund. Cordura alone is fairly water resistant as it is and almost all cordura that’s used to make gear has a water resistance coating added, so where’s that sweat going when you’re leaking inside a PC with no lining? Nowhere – it’s just soaking your shirt and gradually building up a nasty collection of bacteria and salt. All the best clothing systems are all about moving sweat from the body to the outside, I want my rig to do the same as much as possible. Granted it obviously can’t evaporate out through the cordura (or armour if present) but it can go somewhere and gradually work it’s way away from your skin, also dries far quicker when you take off your PC. Foam pontoons inside the mesh to create channels and standoff are even better, if available.

-Large enough area of PALS at the back to mount (without overhang) either a TYR Tactical, LLC​ or Flimmuur Tactical​ zip-on hydro pouch that can hold a 2L Source Outdoor​ bladder. Sometimes I want water on board, sometimes not. This is also the whole reason I went from chest rigs in my early days of playing over to plate carriers despite having zero requirement for armour – having a place to mount hydration without adding either another set of shoulder straps or the front of a chest rig being pulled up by the water on the back.

-Shoulder straps with either padding and/or mesh built in, or the ability to mount a really nice and comfortable shoulder pad. Because my delicate airman’s skin must be treated with love and care. Also the same points apply to the shoulder straps as with the insides of the plate bags, because sweat can build up anywhere. Minor issues of course, but I have been working on this a fair while. 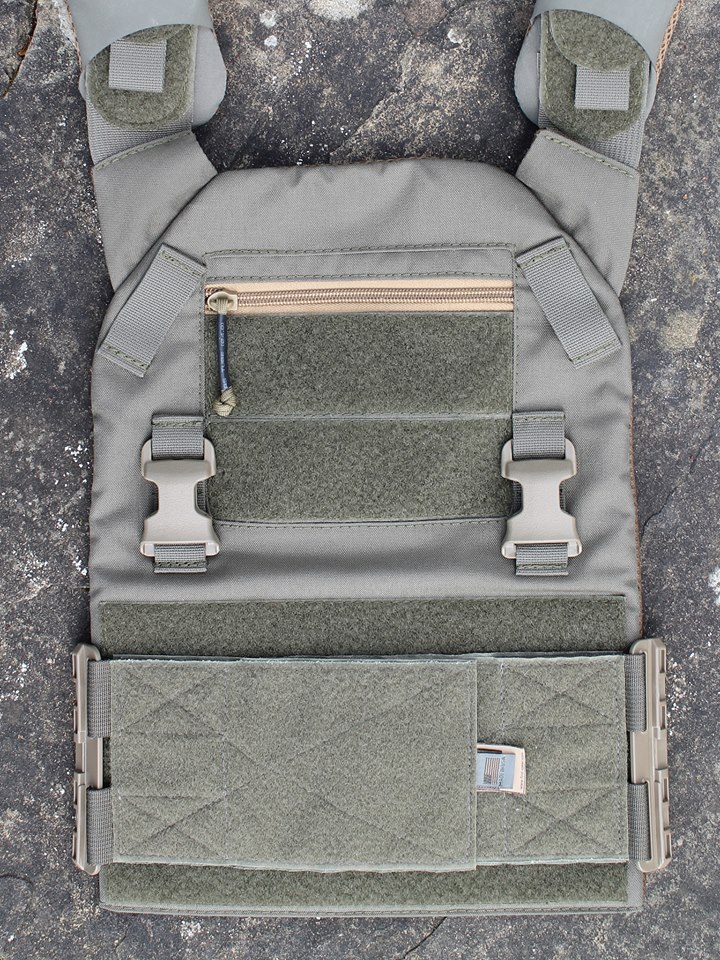 The pictured rig is made up of a FirstSpear AAC rear plate bag, upgrade cummerbund and deluxe shoulder pads, with the crucial front plate bag and the shoulder straps built from scratch to my specs by Dead Coyote Tactical Nylon​ (great job he did too).

This is the 2nd iteration on my idea of trying to combine exactly what I want in to one package. I did put out a video showcasing the 1st iteration back in December 14 and I originally paid for and spec’d out that particular design a fair while even before that; so the concepts integrated here are ones I’ve been in favour of for just a little while now. That video is here if anyone’s interested – https://www.youtube.com/watch?v=3lyd7_KEA7o

I first had DCTN start work on his parts for this RG rig around the middle of 2015. I placed an order for the FirstSpear segments which I had sent to him, he built the front plate bag and shoulder straps using those as a foundation, then sent the whole thing on to a friend of mine who was at the time collating a few gear orders I’d placed within the US. My friend had a few personal issues and it took him a while to ship everything over, then of course the customs wait; so from the point of first discussing the idea the whole assembly took a whle and everything passed through a fair few hands to come together in to what you see pictured. Of the dozen or so different PCs I’ve ever owned however this one is the best for me personally, no doubt about it. Light, comfortable, everything I want and like.

Later on down the line I’ll be sure to upload a few shots of the complete setup with Flimmuur back panel, DCTN placards and a few other RG pouches. 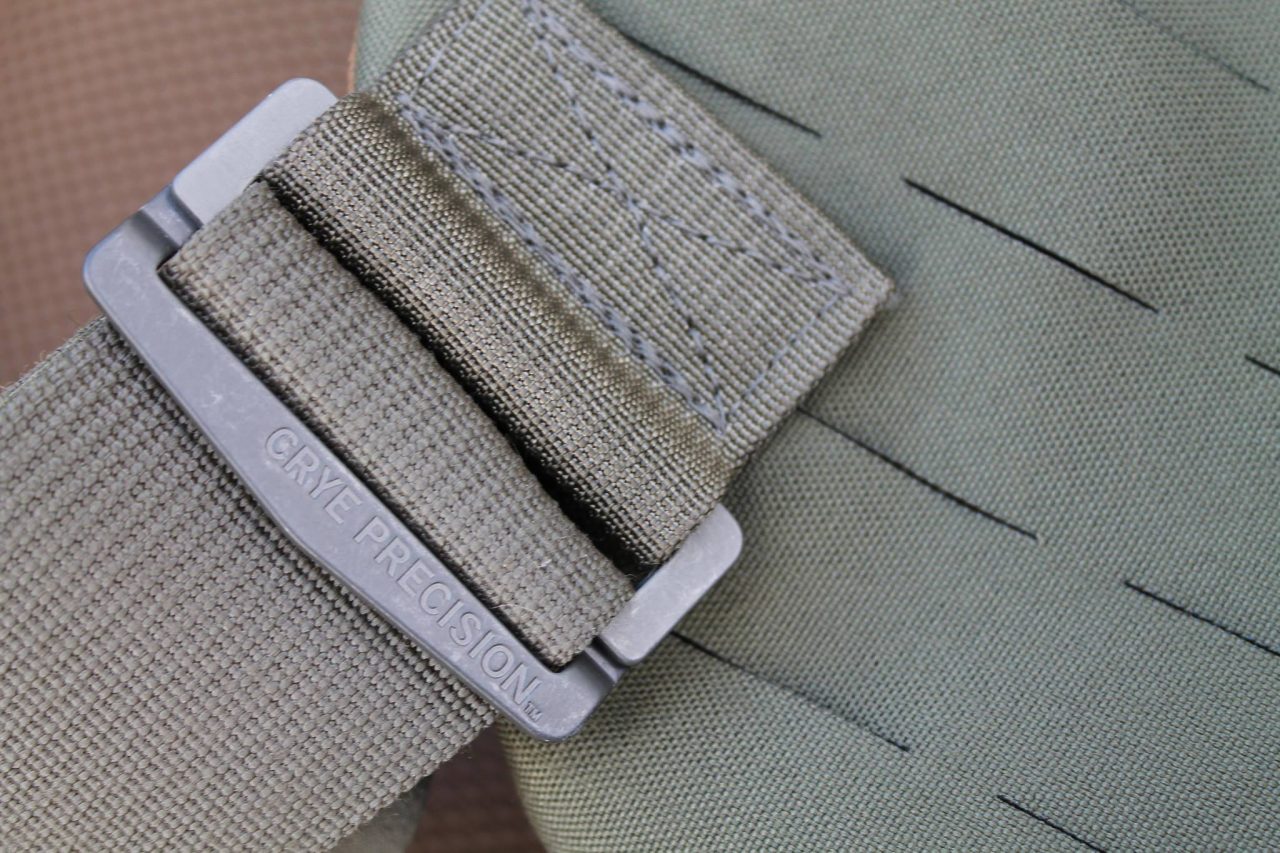