In all genuine seriousness (just for a second), by far the most satisfying and overall cool thing for me with this blog/page/channel is when people like my ideas enough to actually bring them on board to use themselves. That’s no small thing and when it’s related to gear someone has purchased themselves I appreciate there’s a fair bit of risk being taken that what I’ve said will actually ring true in reality. Whether that’s fellow service members or fellow airsoft geeks, it’s either kit people depend on or kit they’ve spent their hard earned money on. It all matters in some form or another. I hope I can continue to pass on some tid bits of useful knowledge based on my experiences as time goes on that may actually be of small benefit to various folks. 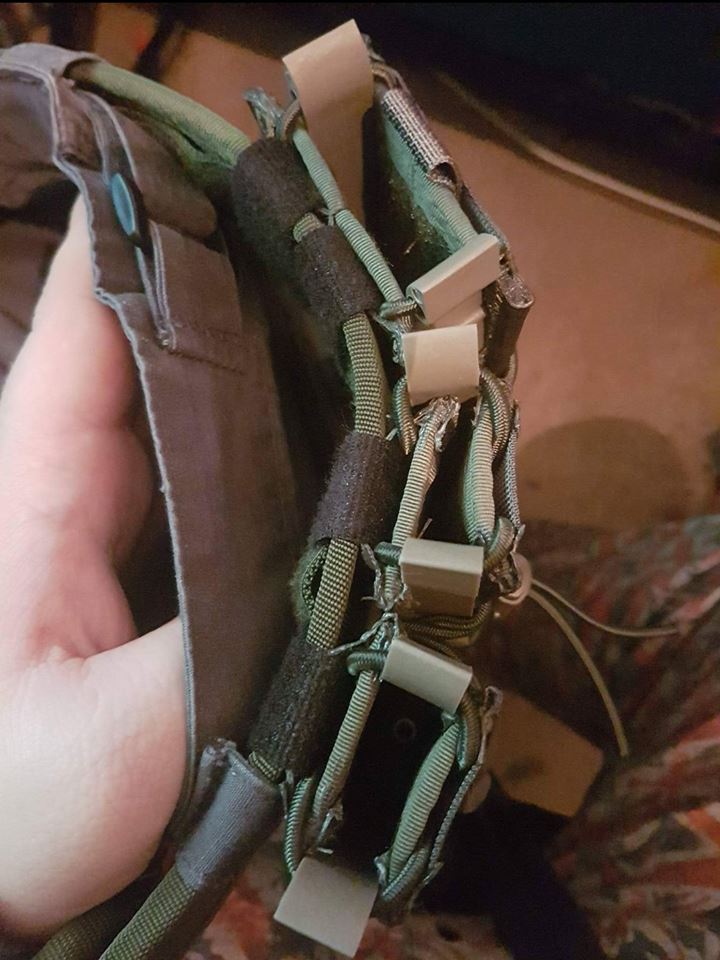 Like to thanks my mate Scott for sending over these shots of his TACOs rigged up using the Velcro one-wrap I mentioned in a video a little while back. If you run any MALICE compatible pouches on a belt (especially a belt with a loop lining) then you may find this a handy tip. I’ve not run with it a ton so far admittedly so i wouldn’t call this duty-ready by any stretch, but in the time I have used pouches attached this way I’ve not had any problems at all. They’ve stated glued in place and do hug the belt tightly with very little bulk on the inside.