From the murk of the mid-to-late 2000s emerges the least all-around effective camo uniforms Crye ever produced in a supposed ‘multi terrain’ pattern that is a big step back from the Multicam that had already existed for years before.  Yet, due to mass usage on 10s of millions of items by the US Army, this pattern is incredibly recognisable and arguably quite iconic. 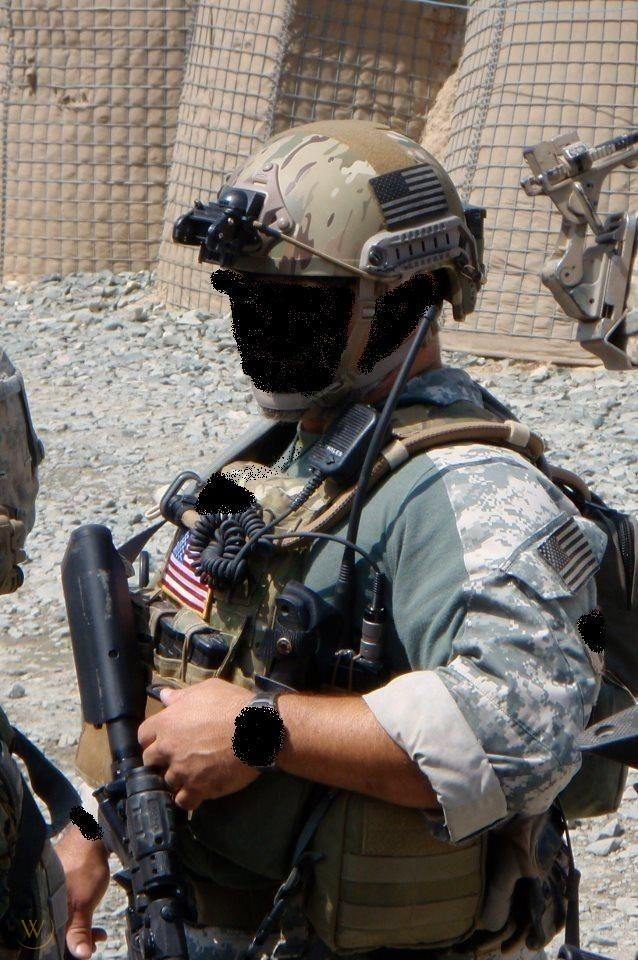 I am only ever prepared to do a brief Google Image search for ‘in use’ pictures and luckily this one came up right away.  I have no idea who this guy is and I lack the knowledge to ID a likely affiliation based on his other gear.  What we can say is that he’s clearly being allowed to wear multicam, the PC and helmet are almost certainly issued to him, yet he has selecting the Ultimate Chad UCP uniform.  Perhaps the area he is regularly doing work within looks like the rocky background seen in the image, in which case the camo actually makes sense. 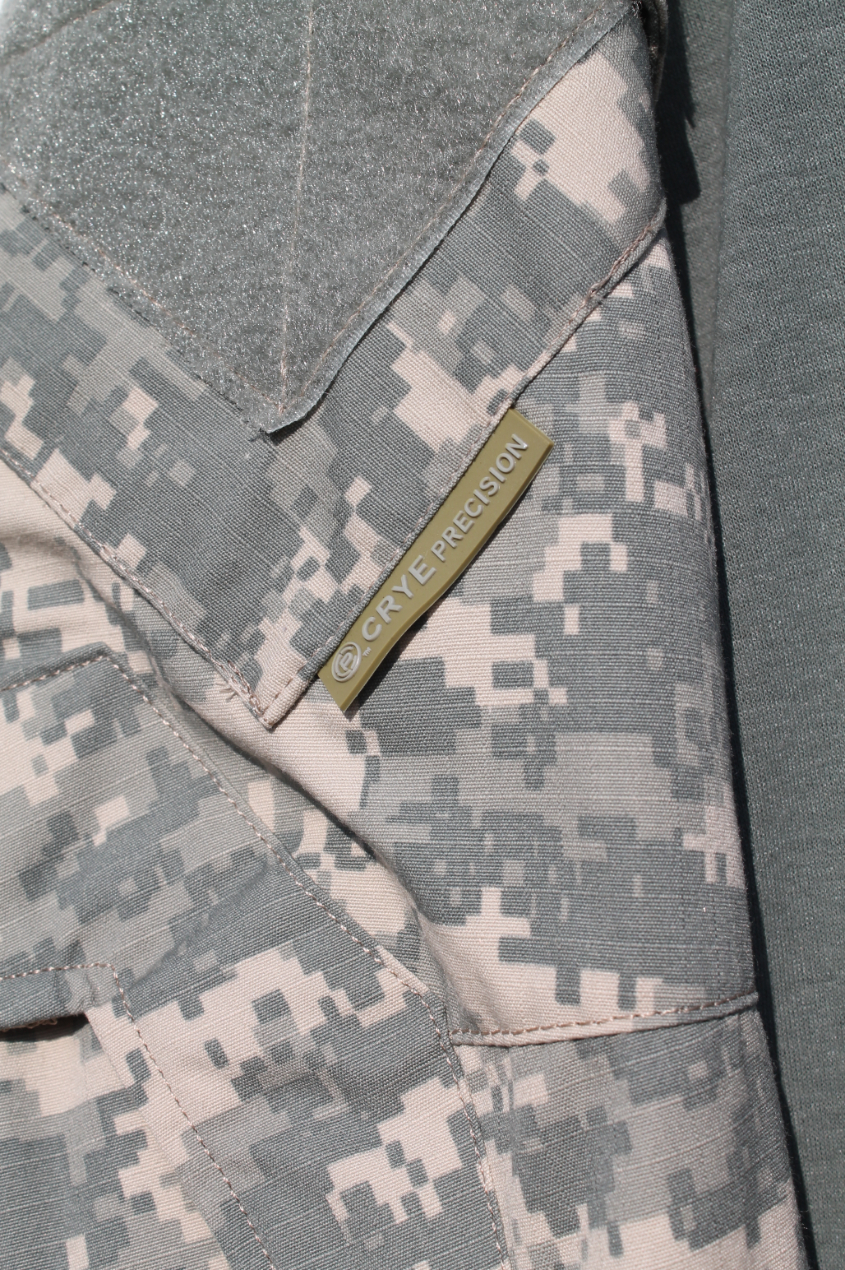 Nothing unusual about this shirt, standard AC cut and rubber-like Gen 2 Crye tag here.  While less common I believe there were variants on this item that featured a tan coloured torso rather than the grey seen here. 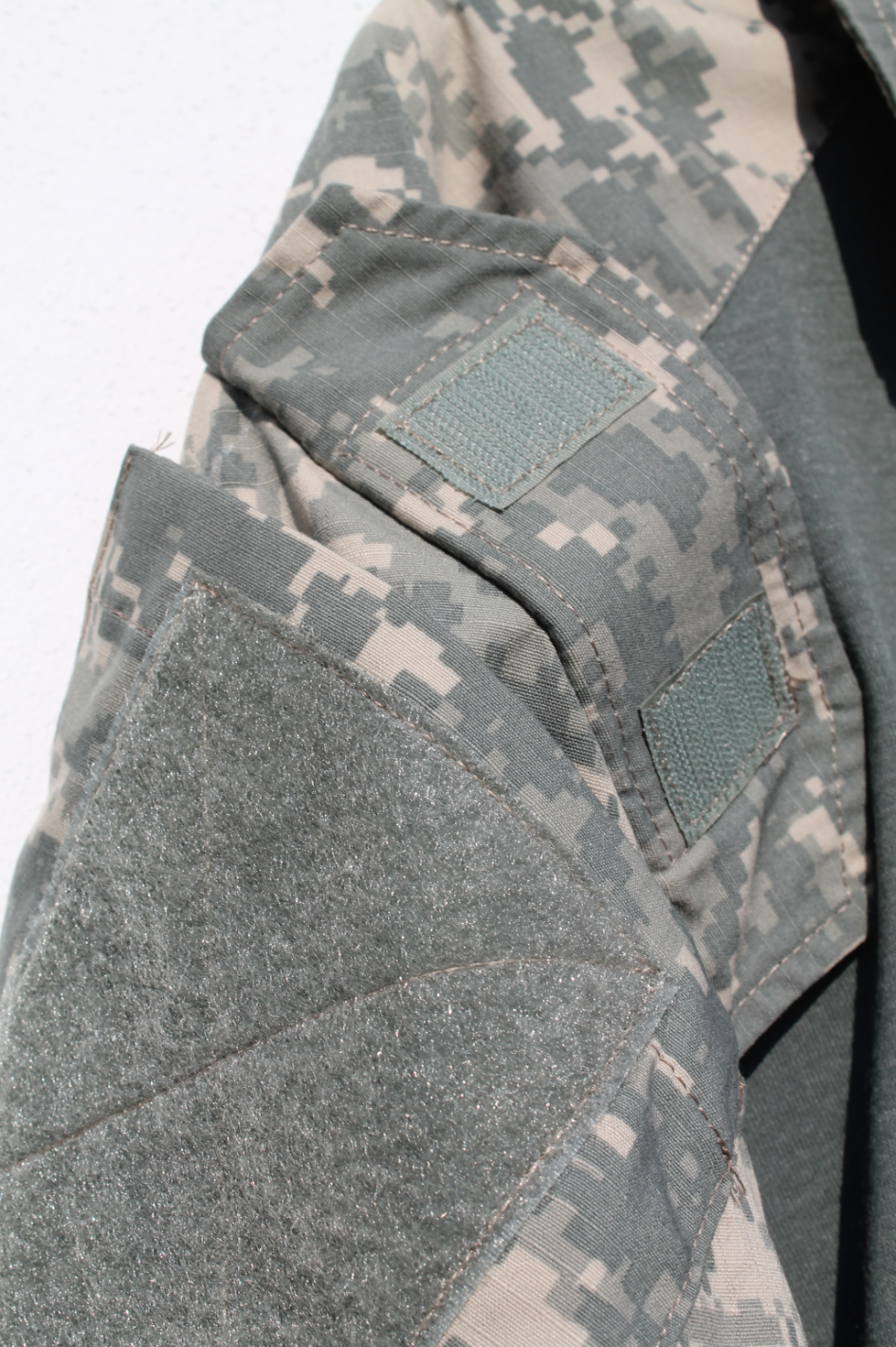 Again, standard AC style upper arm pocket.  As far as I can tell myself, the main rip-stop NYCO fabric is entirely standard as would be used for ACUs in UCP. 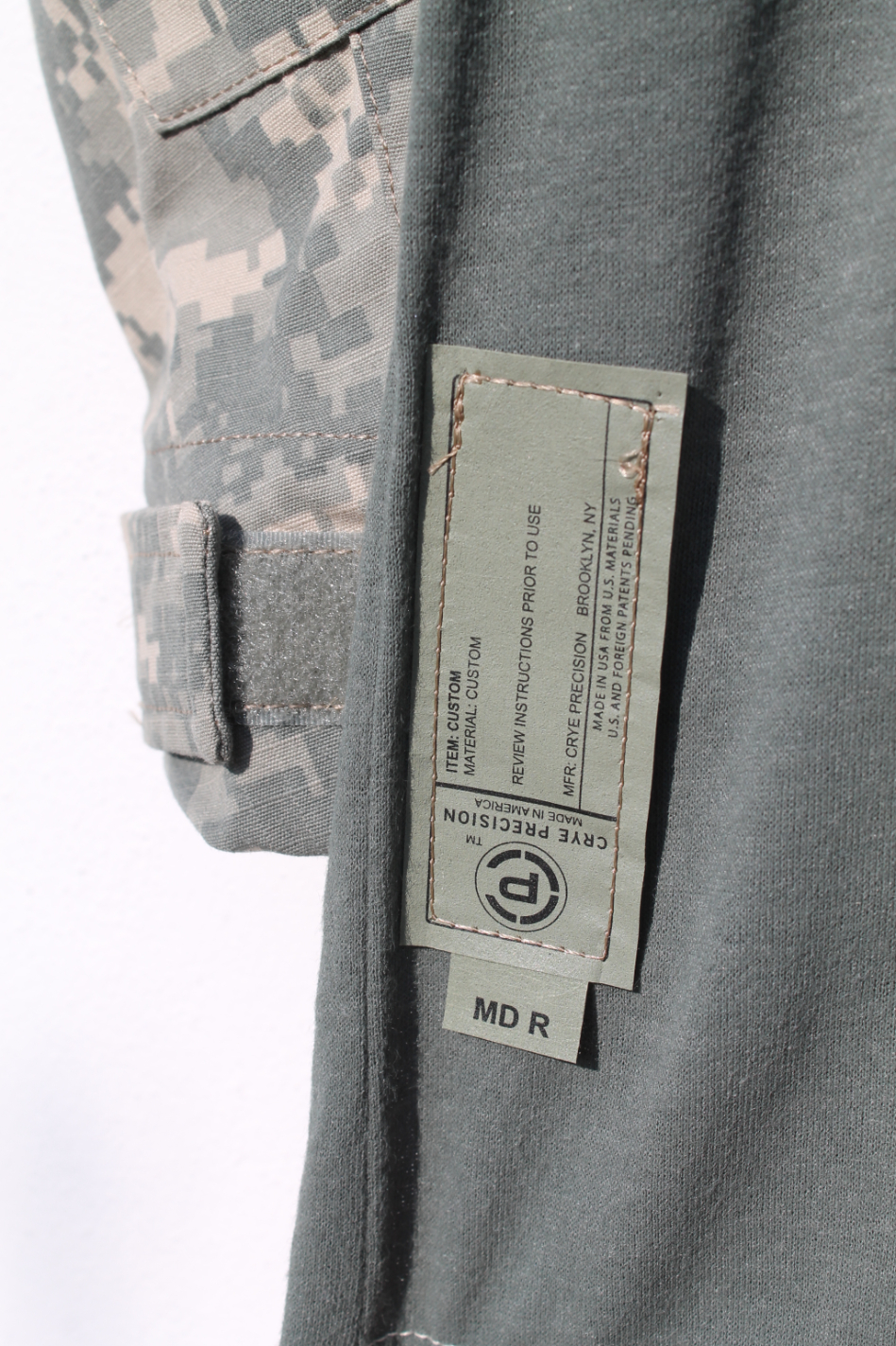 The main item label is of course upside-down, which fits in with the not-uncommon theme of labelling errors I have mentioned in the past with Gen 1 and 2 Crye uniforms.  Why it’s a Custom/Custom tag vs AC/NYCO despite the latter being true I am unsure.  Often SOF issued items do feature the Custom tags, but perhaps this is just from an early batch, in which case these entirely non-specific labels that could apply to anything at all were often used.

How exactly you are supposed to review instructions prior to use I do not know as unlike standard issued US uniforms there is no other label on this garment that covers care/washing procedures.