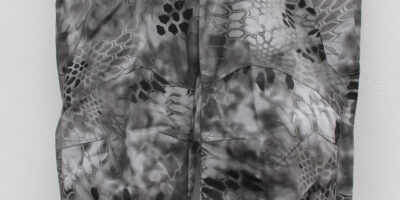 This post is a continuation of the following earlier post, so be sure to check out the below before reading on for full context and a much better depth of understanding:

Within Kryptek’s Tactical line there are 2 NYCO trousers, 4 NYCO shirts and a selection of the absolute worst looking PALS pouches I have seen outside of $6 AliExpress Multiscam specials.  Within those 4 shirt options there is a field cut and then 3 slightly different variants on a combat cut, with the Tactical 3 LS Zip being the most expensive of the 3 with the most coverage.  Stepping down from the LS Zip there is the Long Sleeve Rugby which is the same shirt as the LS Zip aside from a lack of collar.  Moving down again from there you have the Short Sleeve Rugby which is the compact version of the previous option. There is roughly a 20% step down in price at each level. 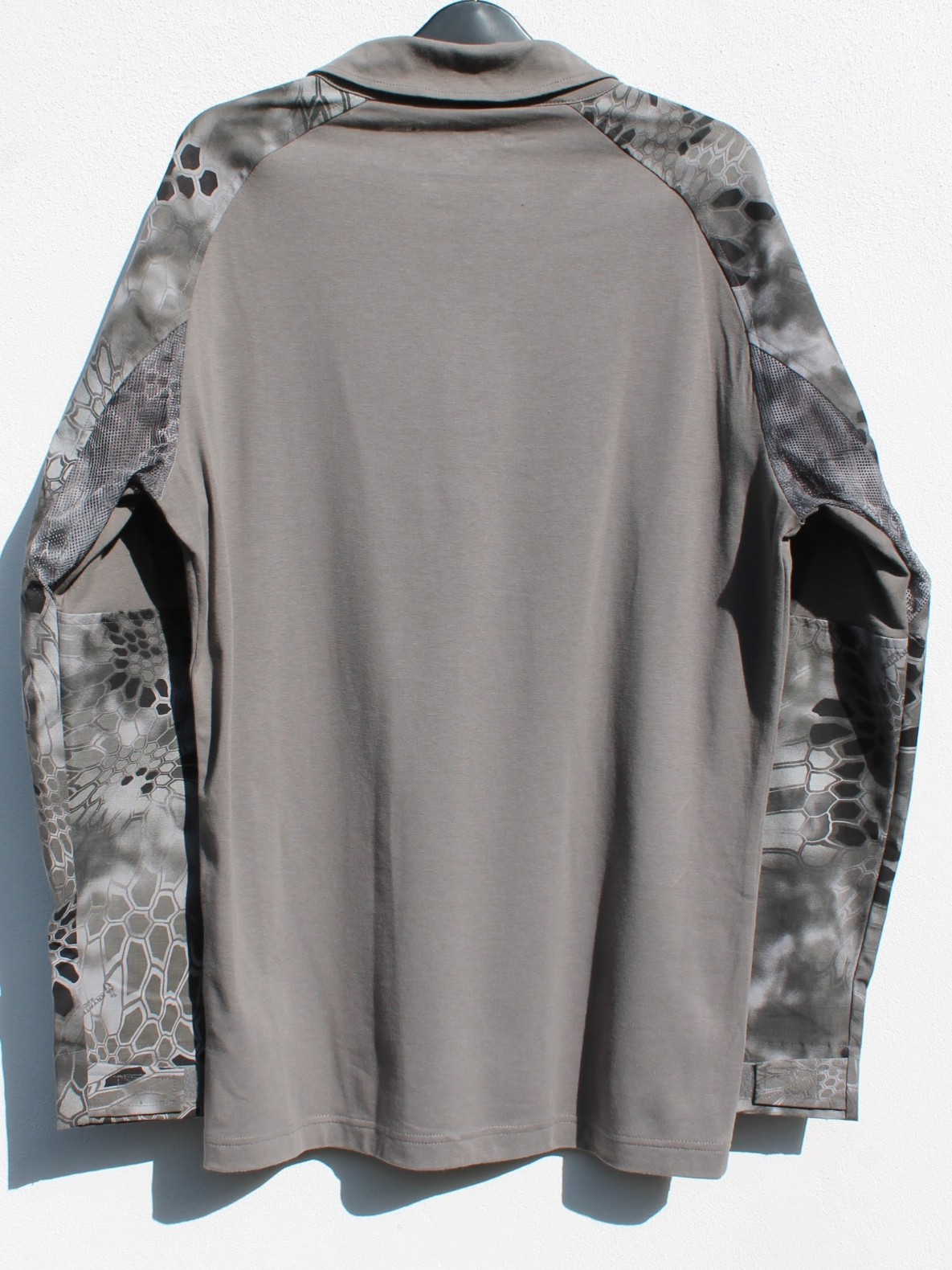 If you are reading this you are likely familiar with the Crye G3 combat shirt, so understanding the basic cut of the Kryptek Tactical 3, it’s features and the shaping of the fabric panels will be easy, as the original manufacturer of these garments has blatantly deconstructed a Crye shirt and copied it dimensionally with only minimal changes.  The elbow pad pockets and cuff adjustments are exact copies.  Swapping the NYCO collar for the torso fabric and adding the mesh underarms are the only two deviations of any significance in this regard. 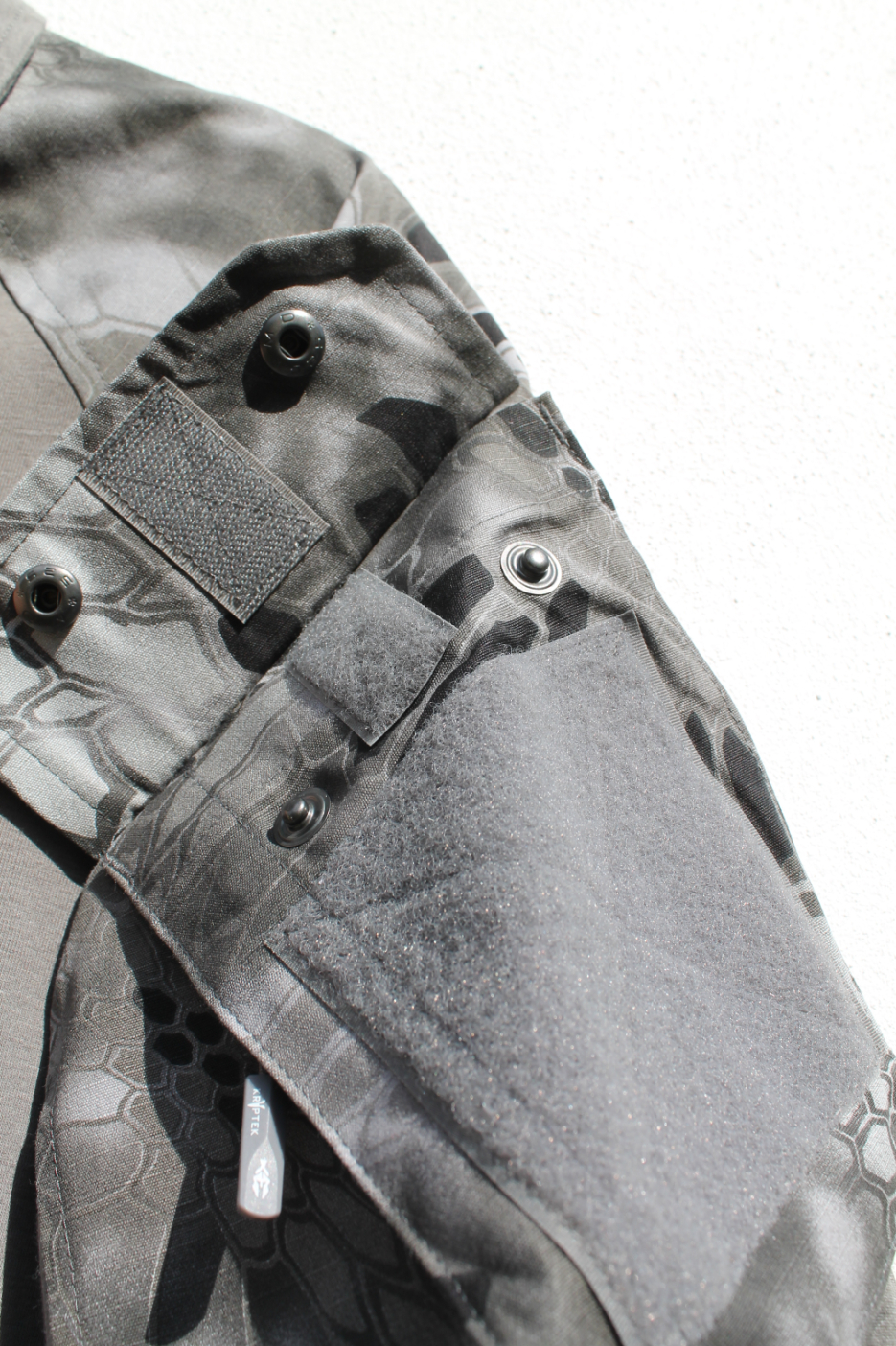 Top flaps on the pockets are secured with velcro along with, unusually, press studs of a lower tenacity nature, but they stay in place well enough without being overly difficult to pop open when needed.  Generally the addition of a closure other than velcro is aimed at environments with a lot of water, but obviously metal will degrade in that instance, overall this is an odd choice.  Potentially the velcro could be covered and the studs are the quieter of the two, but they aren’t much quieter than the included zip.

As visible in the header image, the right arm full loop field features an absurd and ostentatious over-sized spartan helmet embroidered in to the velcro, serving no purpose other than to slightly hinder patch adhesion and make other people who have any sense think you’re an amateurish fool. 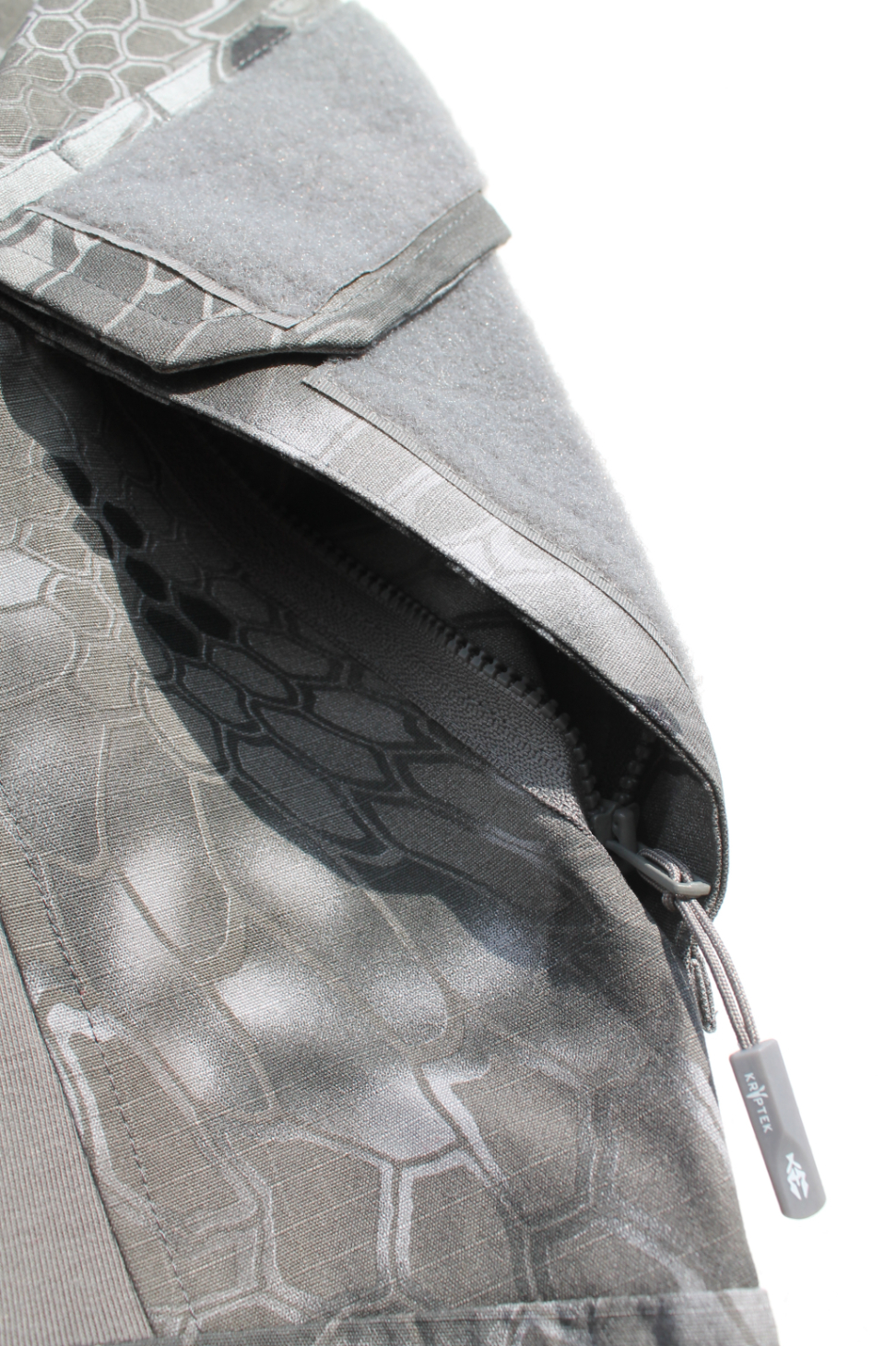 Each arm pocket is a single cell and can be accessed via the Crye Gen 2/AC style top flap or these vislon side zips.  It would have made a lot more sense to eliminate the top flap and just have the zips given that they are a better option for accessing bicep pocket contents.  In fact as of the release of Crye G4, side zips have become the industry standard design choice for the majority of the top end uniform manufacturers. 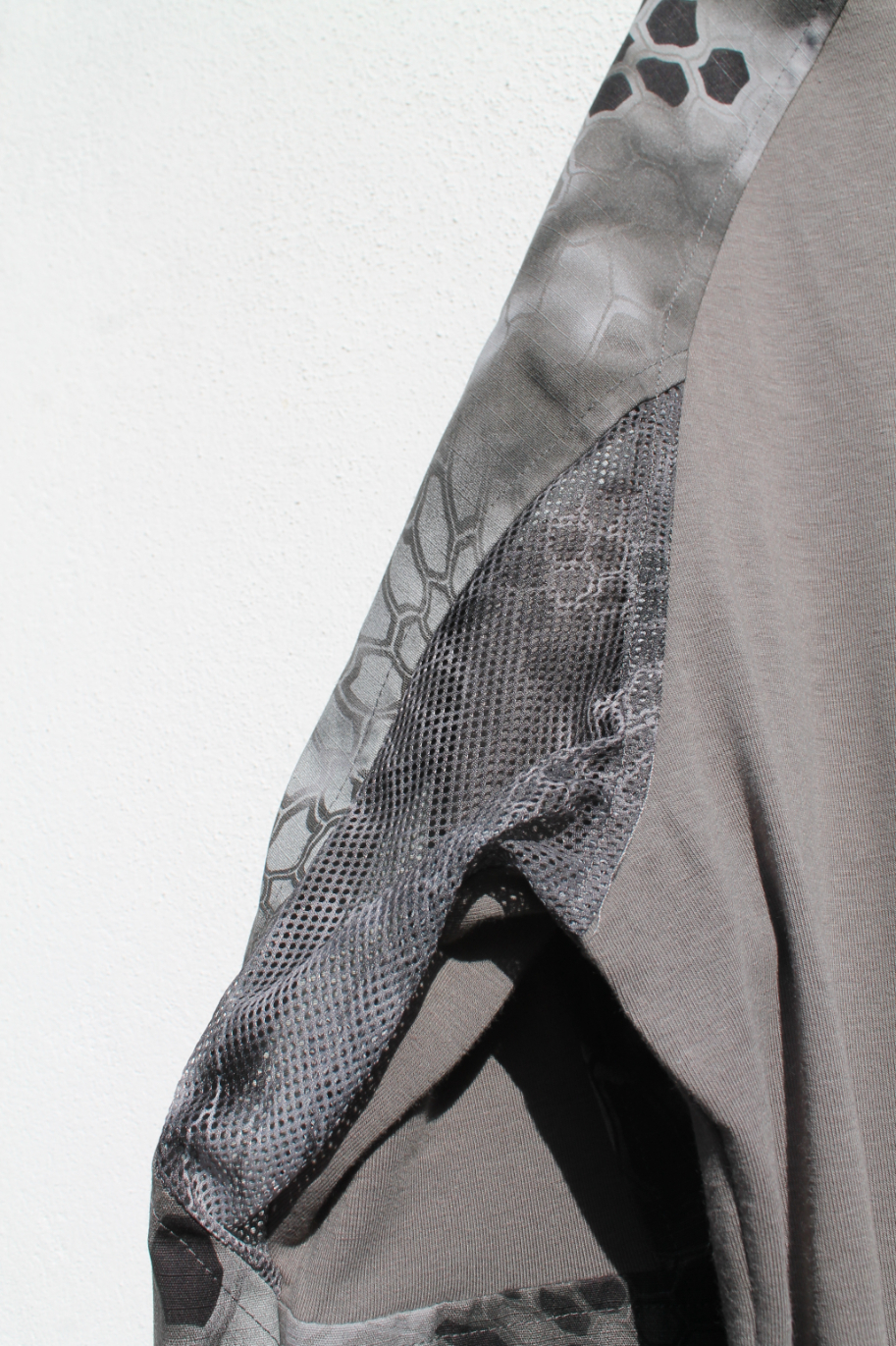 As mentioned there have been mesh panels added to the underarms in deviation from the G3 combat shirt design.  Going to the expense of colour matching this mesh (but not the torso?) in an area which goes almost entirely unseen the vast majority of the time is a strange choice, but the fabric itself seems to be of at least acceptable strength and resilience, at least for policing and sporting applications.  How it would fare under prolonged military usage is another question. 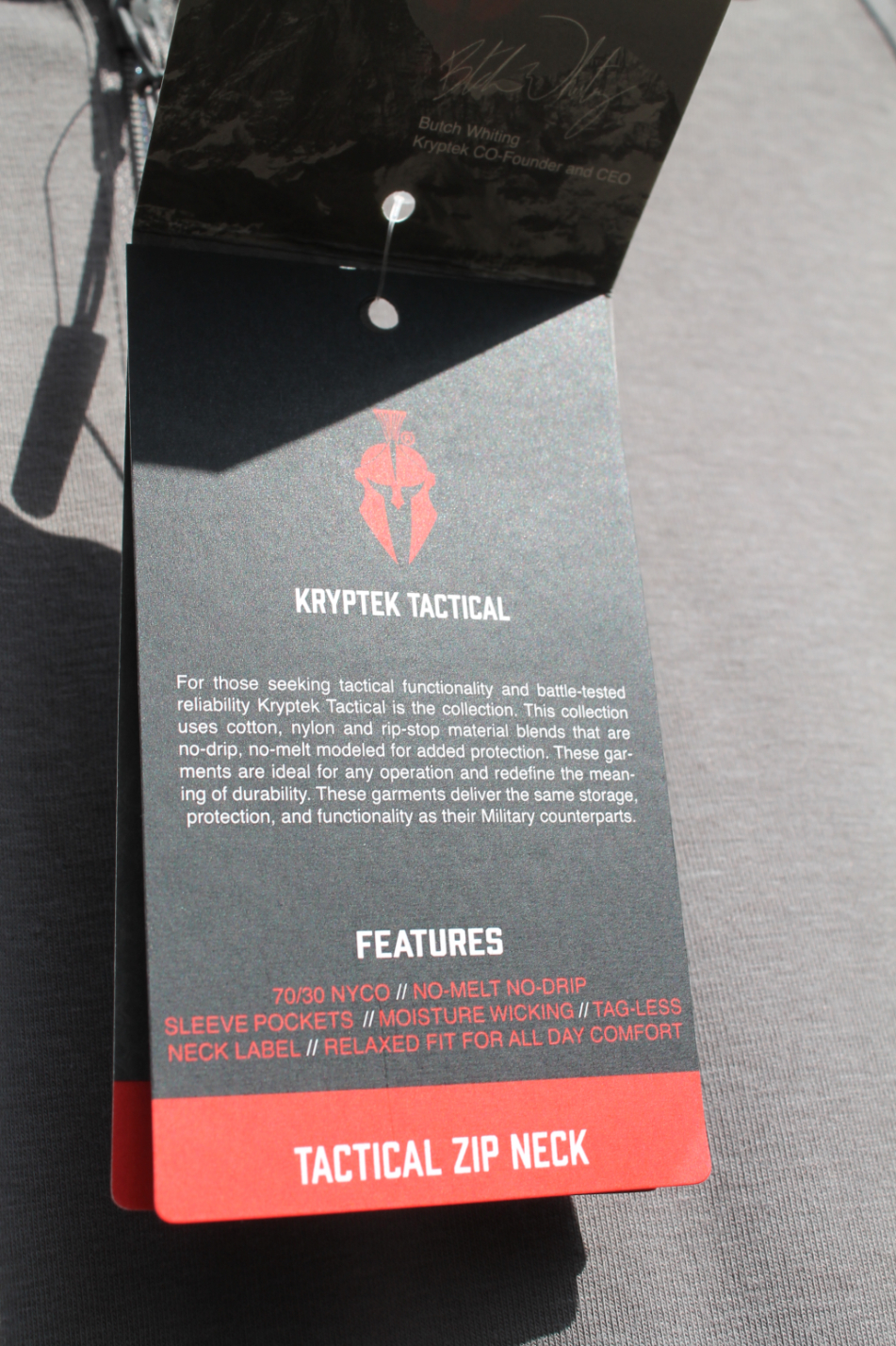 Costing around $140 at the time of writing, the Krpytek Tactical 3 LS Zip presents a similar dilemma of value to the trouser options within the company’s tactical line.  The product isn’t terrible, stitching looks decent, but the materials aren’t top shelf and there are some odd design choices to say the least.  At the time of writing there are Plat-A-Tac combat shirts selling for not much more on Op Tac and the Tru-Spec offering in Multicam is $50 less but at a generally comparable  level of quality overall.

As before, the Krpytek products only make sense if you really must have Kryptek camo for whatever reason and I don’t know of many reasons outside of being a nerdy collector like me.