Been having a bit of a clear out of the gear cupboards over the weekend, moving some other junk that isn’t tacticool to other places, giving some really old bits and pieces of kit to the salvation army, good clean out of the tool box etc.

A lot of the bulk said ‘stuff’ consists of the folders where I’ve transferred all my PC games from the era before Steam (and Origin and GOG etc) in to a more compact sort of format. I’ve chucked the plastic DVD boxes/CD-ROM cases and just kept the cover insert, disc/s and manuals. All sorts of old gems in there and a couple of PS2 games, but I did not have the time to photograph everything sadly. One thing I decided to let go to the recycling bin was my well-read guide book to MGS3, but I had to have a flick through, read a few bits and take a couple of pictures before it went. Being from the era when online connections for consoles were only just coming in and required the purchase of extra hardware; game patches weren’t a thing so a print book like this was more than viable. Plus of course you didn’t have to go over to your desktop, hope to find a guide online, read the bit you needed then go back over to the console – rinse and repeat. 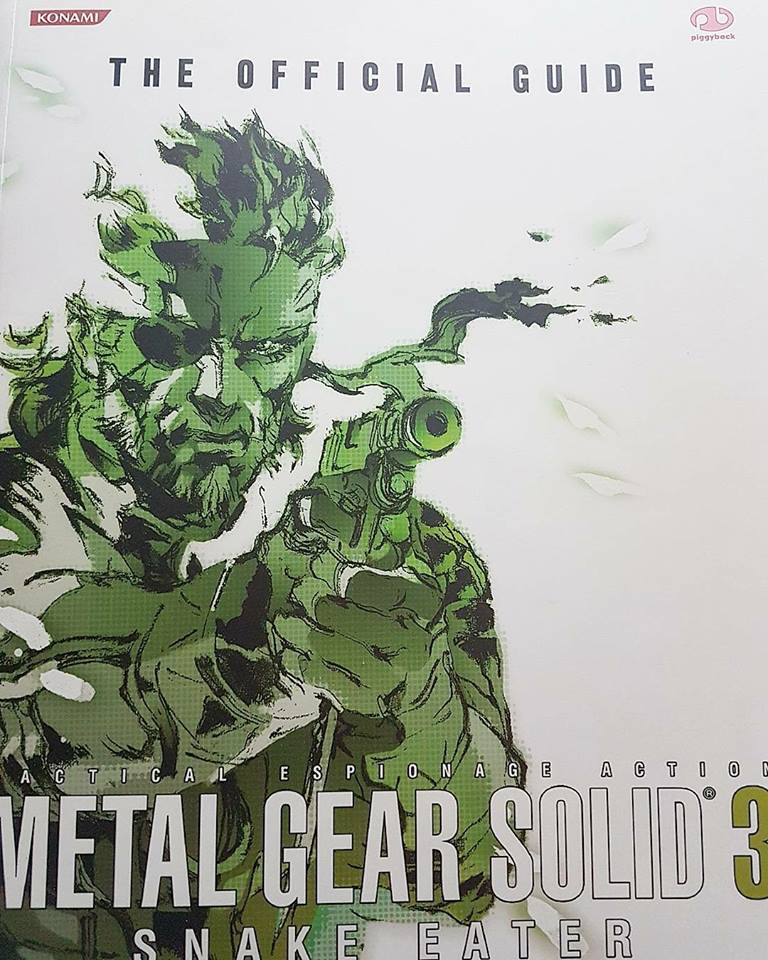 I ended up going through this title at least 7 times I’d say trying to get every single item possible. Not sure I quite got every item or found every single secret, but certainly came extremely close and managed to play through most possible permutations. As it turned out this guide did contain absolutely everything that there was to find, as far as I know.

Now, I’ve not played either Metal Gear, I started portable ops but didn’t get along with it so never purchased any of the other PSP entries. I remember being very satisfied to find a PC copy of Metal Gear Solid long after they’d stopped making it, sat in a dusty cardboard box on a shelf in a Virgin Megastore that hasn’t existed for maaaany years now. That was the version that came with all the VR missions and I did the same when it came to buying MGS2, although DVDs were finally a common thing by then. Numbers 3 and 4 never released on PC that I know of and I bought a PS3 just to play MGS4 for the most part. 5 was good on PC, but clearly cut well short of what it was meant to be. With 4 being more cutscene than game and MGS2 having some definite issues, I feel it’s a competition between 1 and 3 for the top spot. Very close call, but the cold war plot of 3, the incredibly rich characters and some really wrenching segments combined with the hunting and survival elements just clinch it for me.