Brief history on Crye combats in Flecktarn and Tropentarn – During the Gen 2/AC production era, various sets were made in both patterns and issued in some numbers to German special forces units. Some were also available commercially in a roundabout fashion if you knew where to dig and e-mailed the right person at a specific German military gear supplier, but they ran out of stock many, many years ago and I don’t think many were sold via that route.  A few field cut uniforms were made but seemingly in tiny numbers and I’ve only seen images of the arid pattern variant.  The combat shirt is the regular AC cut with no deviations but the trousers feature 2 very prominent slotted buttons CS95 style going through the main thigh cargo pockets. Something requested by the German military that’s pretty unique to the Fleck/Trop combat pants. 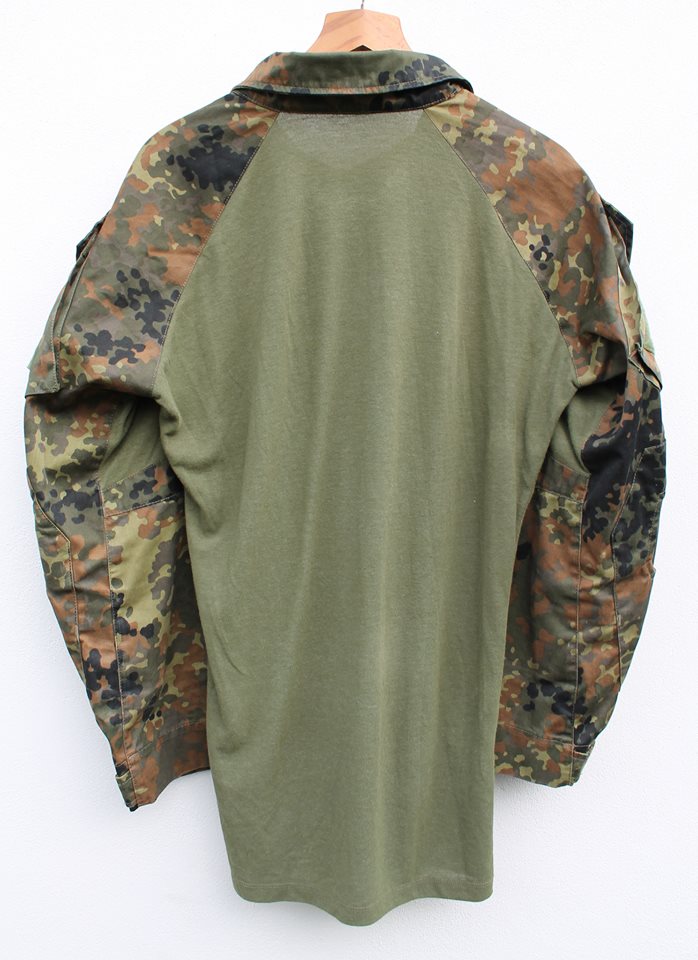 The G3 combat sets in both patterns were sold via TACWRK who presumably paid quite a bit to have a custom run done just for them to sell. I don’t know if the G3s were ever issued but if they were it certainly wasn’t in the same numbers as the AC sets. The G3s also don’t deviate from the standard cut or design in any way. 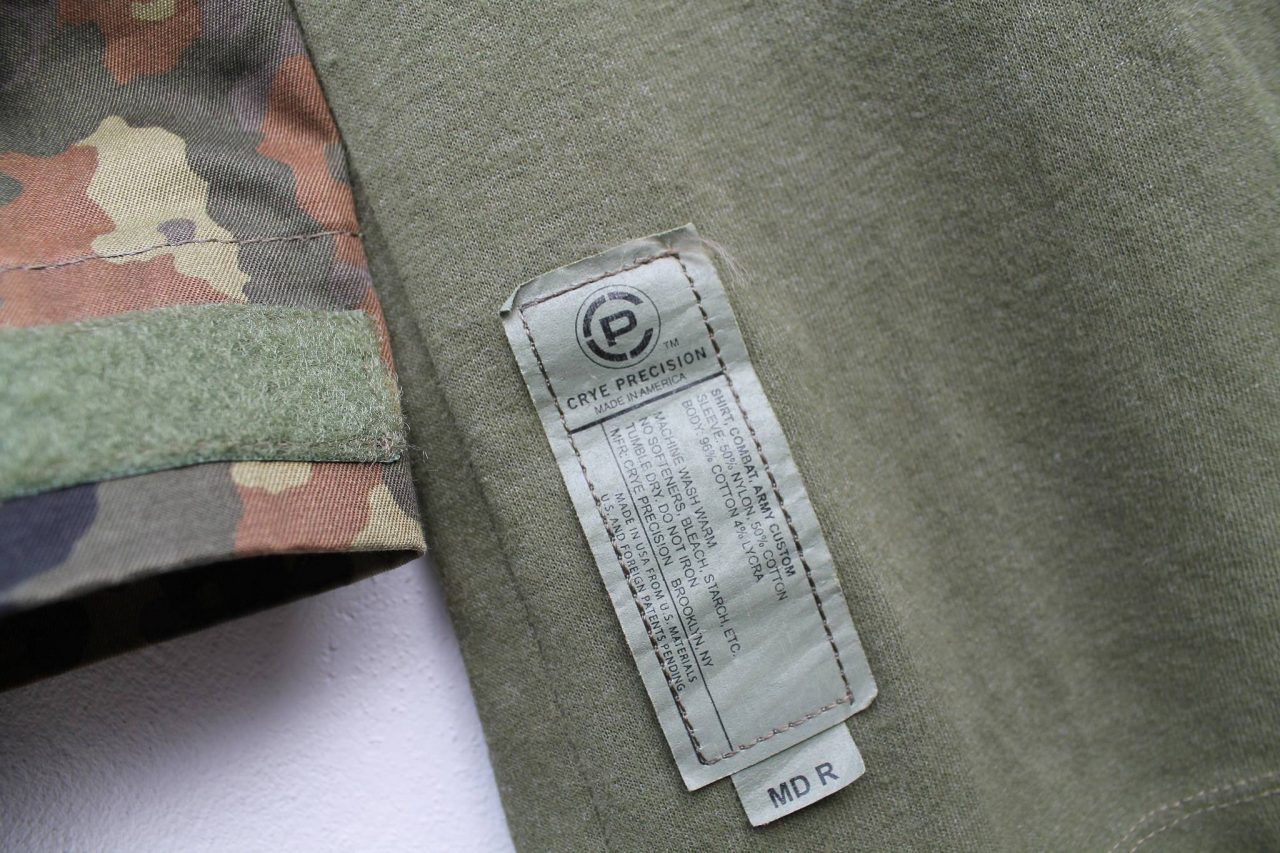 I was definitely lucky to get this shirt in an auction, certainly in my size and hardly used. To go back to the title, all the Fleck/Trop stuff features the exact same labelling as standard commercial AC and G3 uniforms, however I’m 90% sure the fabric is not NYCO, I think they just used the label systems that were already in place. All the standard issue Flecktarn uniforms are made from a poly/cotton that’s somewhat different in material ratios to most commercial PYCO gear as well as CS95 and PCS. That fabric has of course been printed in huge volume over the years to supply the German military and I don’t believe Crye Precision had special NYCO printed. 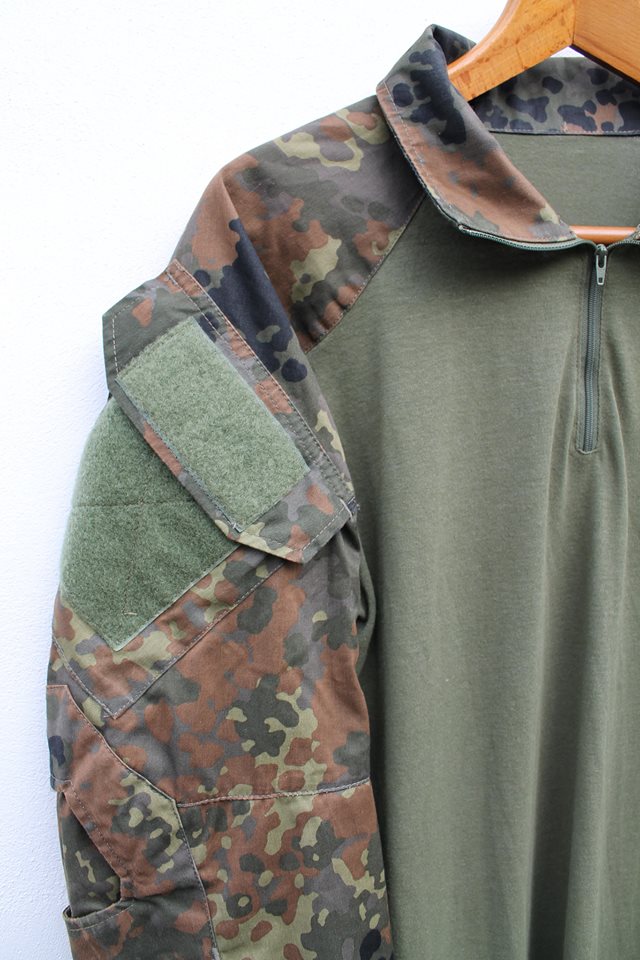 You’ll note there’s no rip-stop evident and while I’ve admittedly not taken this stuff to a lab for spectroscopic testing, it certainly looks, feels, flexes, smells, wears and fades exactly like all the standard issue Flecktarn gear I’ve seen; as well as the Leo Kohler Fleck gear I’ve tried, which has labelling exactly matching the UF-Pro Fleck/Trop, reinforcing the notion that there’s only one kind of material being printed in the Bundeswehr patterns.