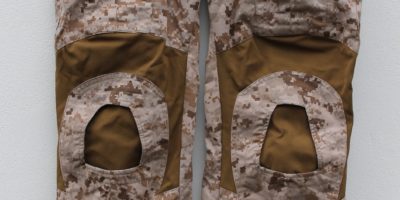 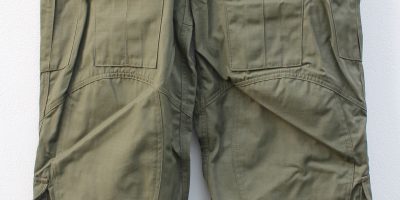 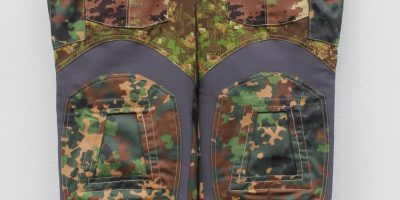 There woll be others out there too, but all of those colours appeared in fair quantities on various sale sites around 4-5 years ago. Notice how the camo patterns cover off all 4 main branches of the US armed forces? That’s something to keep in mind. 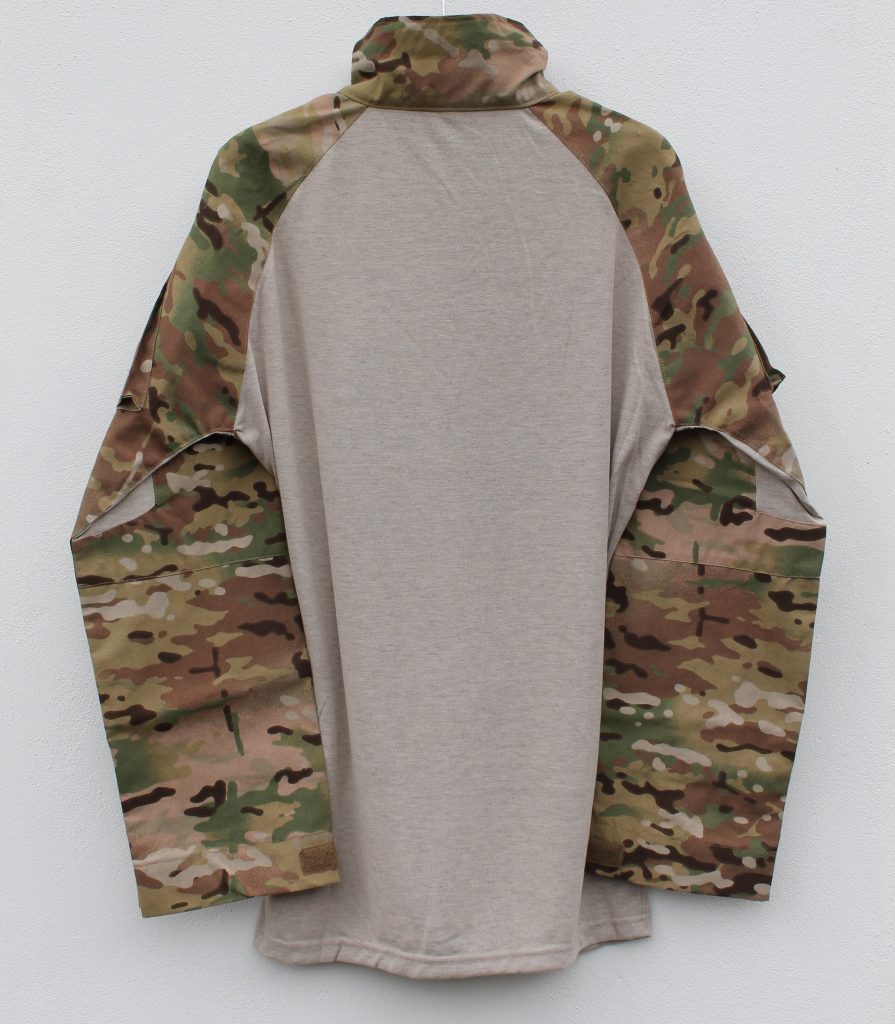 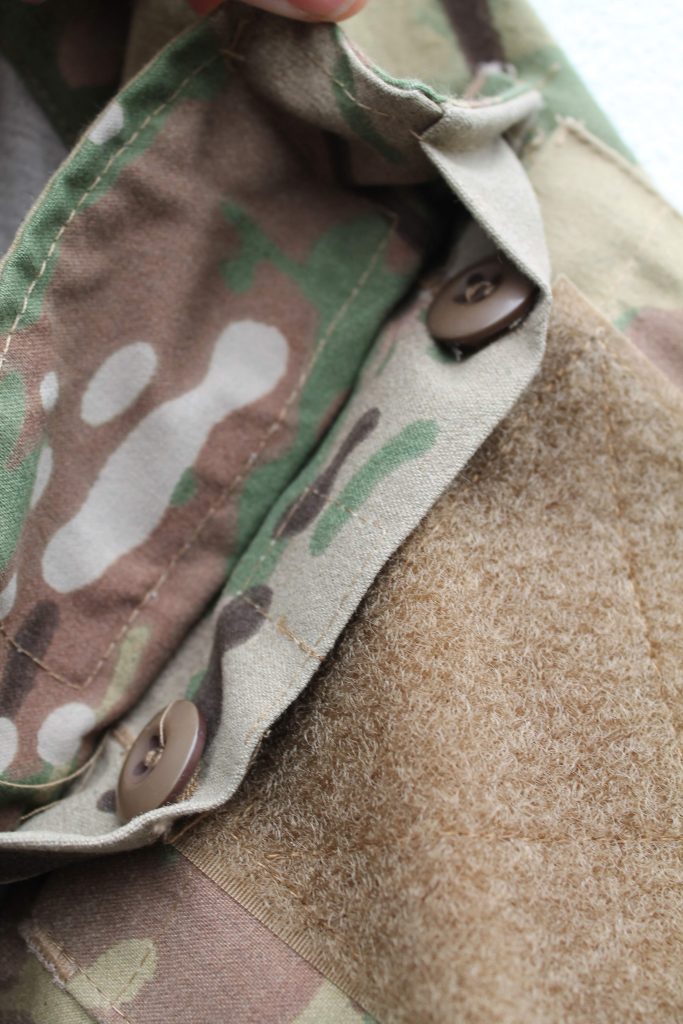 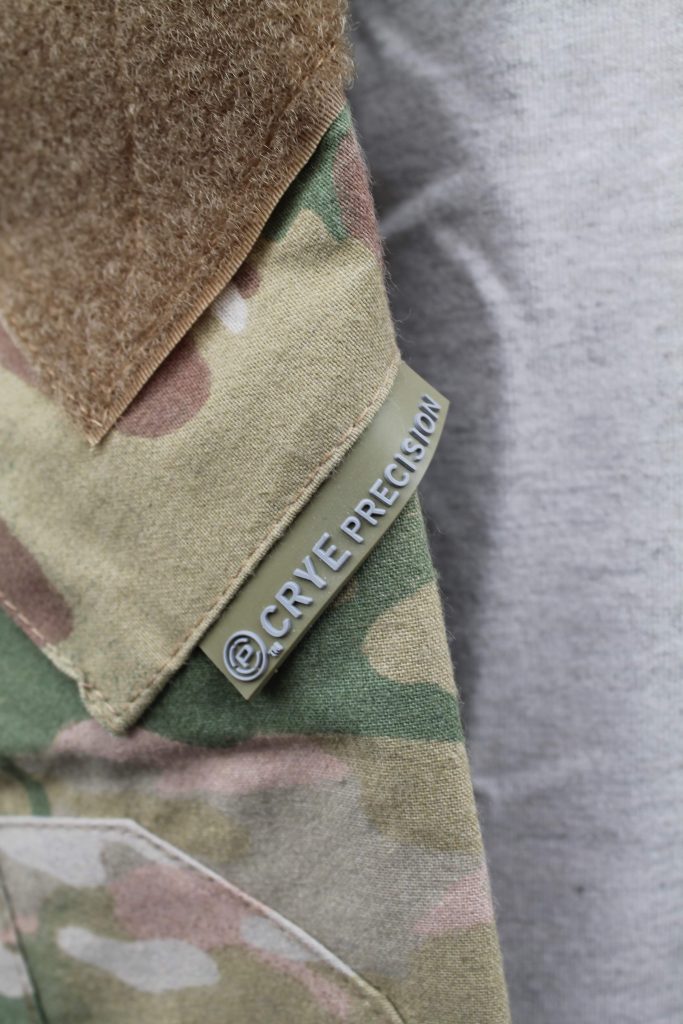 Green fabric tags and a silicone Crye tag are present in the correct places and in my estimation they are correct enough to probably not come from China but they’re definitely not the usual AC or NC labels. The silicone tag is at least 95% correct and you have to really look at it, almost with a magnifying glass, right next to an original example to notice any difference, however differences are there in terms of colouring, spacing and font/sizing. They are almost so small I’d be tempted to call them variances between batches, or quite likely a label made by some outsource contractor using production information and specs directly from Crye. Similarly with the fabric tag the text is almost all right apart from saying Army instead of Navy. The CP logo however is incorrect proportionally (amongst other details) and the small sizing sub-label uses the wrong font entirely. Again, to my mind this seems to be a label possibly made by a sub-contractor rather than an illegal cloner, but bear in mind all of this is conjecture on my part. 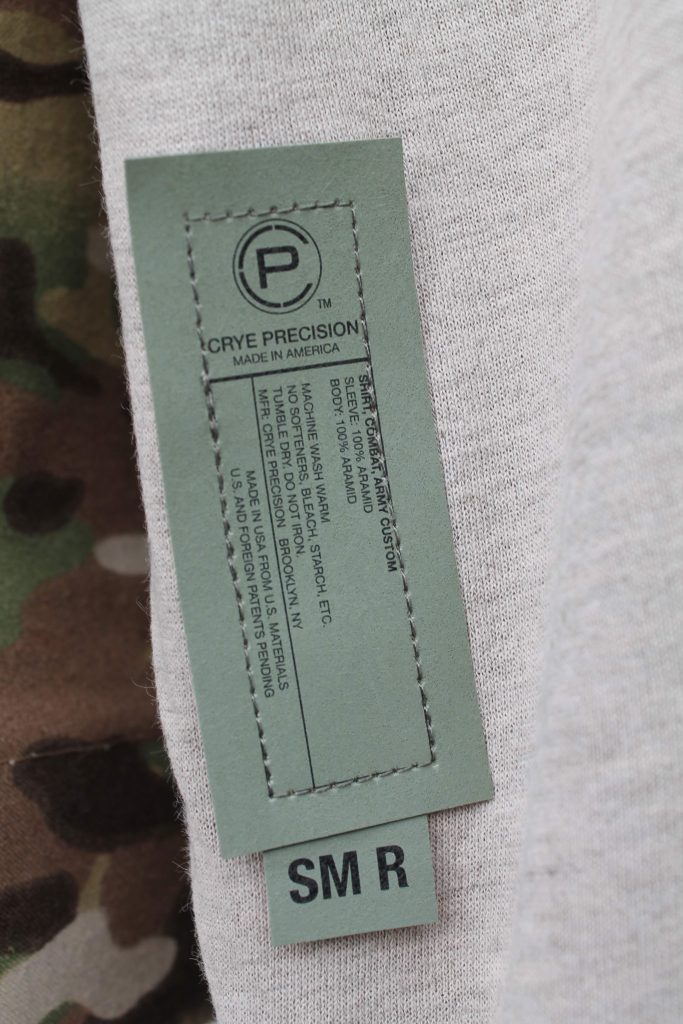 It was discovered after some time that most of these were sold via Sportsman’s Guide, which isn’t a retailer I frequent but is one that is known for selling the occasional large batch of surplus/unwanted new military apparel and equipment that’s not seen elsewhere and at pretty good prices. Where SG got them is the unknown factor at this time, but based on what I see the conclusion I come to is this: It seems plausible, even likely, that Crye contracted out these shirts as they do with many other garments and perhaps with an eye of gaining contracts for standard issue garments to large conventional elements of the US military. Possibly around the time the US Army adopted ‘Scorpion OCP’ instead of Multicam and/or they lost the contracts for NSW and Army SF to Patagonia. A portion of their production isn’t done at their Brooklyn Shipyard main location and it’s pretty certain these shirts weren’t made there either.

If anyone with EVIDENCE from reputable sources has something to add to the story though please feel free to get in touch. As I’ve said, a lot of the above is guesswork. If you just message me with ‘my buddy who knows things…’ however (which I get fairly often) you’ll get a damn good ignoring to be frank.