At the time I originally picked this up (around the end of 2015), KeyMod wasn’t nearly as ubiquitous of a system as it is now; things have definitely progressed a lot in terms of attachment systems during that time period. I seem to recall HSP had a sale on and the number of mounting options for SureFire, LLC Scout lights with regards to KeyMod was comparatively limited at that point. Picatinny was tailing off in popularity but most of the accessories out there on the market were still built to clamp on to quad rails. 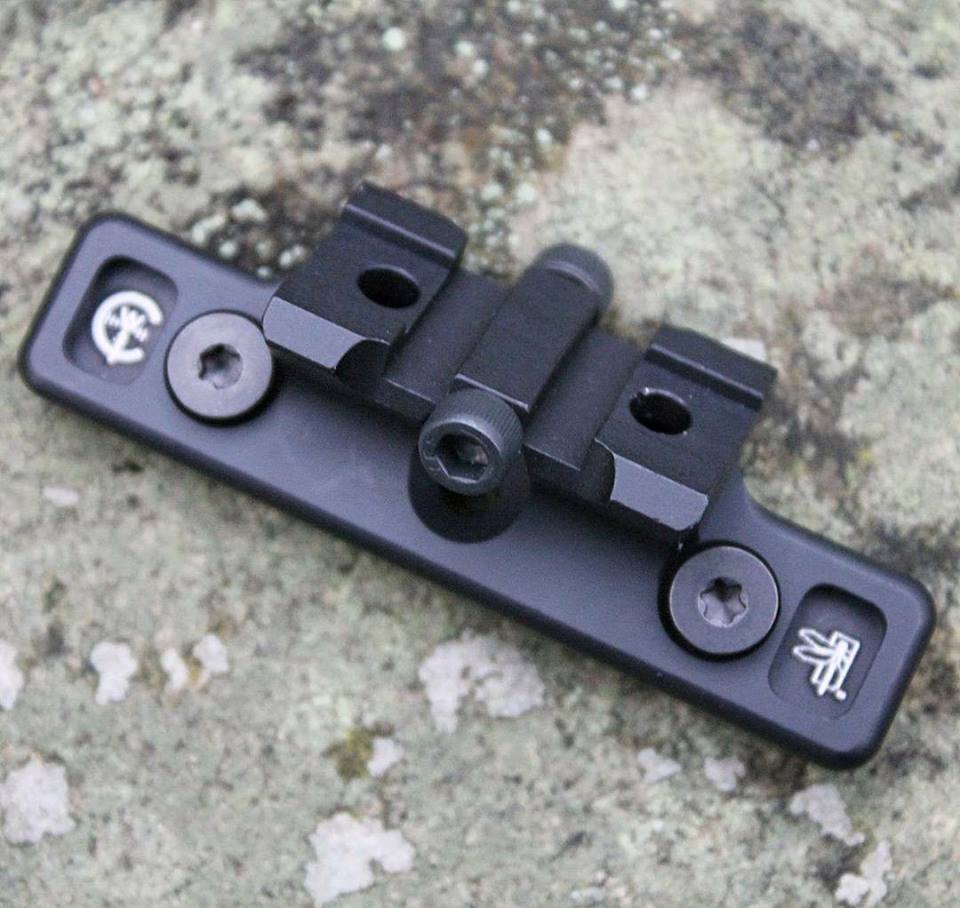 Today there are slimmer, lighter mounting options out there for Scout lights to go on to KeyMod (or M-LOK), but the Thorntail was clearly designed with a wide range of functionality in mind. Of course the screws for attaching a Scout are included, but the additions of the short section of pic rail (and the way it is cut) facilitate attachment of any weapon light that uses picatinny, as well as hand held lights if you purchase an additional clamp ring. The HSP Inforce variants work nicely as expected, placing the activation switch at a 45 degree angle when the mount is bolted on to the weapon’s handguard as pictured. There’s some good example images of all these configurations on the HSP web store:

IWC has obviously done some high level machine work and anodisation to create these pieces. The price isn’t economy minded but it’s good for what you’re getting. There are some plastic mounts out there for Scout lights and some are perfectly good for a majority of users, but this is the type of gear you need if you’re expecting serious usage and cannot accept any failings in any personal equipment. Or if you want to invest in a firearm accessory that’ll most likely last as long as you do.