As a contradiction to the last post, this is a piece from Arc’teryx LEAF that I am overall a definite fan of – the Assault AR combat shirt. Luckily (as is the case in a lot of posts I’m going to make over the nest year) The Reptile House has already gone in to great depth on the details, so you can read all that via this link and I just get to waffle my infinitely more vague thoughts on the matter:

I picked up this example in Ranger Green as a test of sorts to put together the ‘best’ combat set in NYCO for general temperate conditions, though this was long before the announcement of Crye’s Gen 4. So we’re not talking about any softshells or hot weather fabrics like Gore Katana, or indeed anything flame resistant. Since the G3 shirt has been rather outmoded for some years now, but I preferred the CP combat trousers over the offering from Arc’teryx, I came to the conclusion that on paper the ideal setup would a combination of the two manufacturers.

Since Arc’s ‘Crocodile’ and Crye’s Khaki 400 are rather far apart and Crye have never made any significant amount of grey gear, the options left were MC, RG or Black, but I already own way too much Multicam and not nearly enough Ranger Green. I’m really not a fan of plain black either and the one set I have is more than enough, so that made the decision quite easy. It would be nice to see come other high end brands offering MC Tropic and Arid, but for now the G3 remains just about the best combat shirt offering in those patterns.

The three primary draws to the Assault AR for me were the underarm mesh, the solid loop field/zip pockets with horizontal access and crucially the more complex pattern in the construction. Under the arm is of course one of the most prolific areas for sweating and any extra air flow or increased rate of moisture transportation in that area is definitely a plus for comfort in the heat. I find the vertical flap access on a bicep shirt pocket to be so awkward I will never, ever use those pockets and the split velcro on the G3 combat shirt is just awful at providing reliable retention of patches. The G3 is also pretty close to just having straight up tubes of fabric for arms, there’s very little extra shaping to them and as you’ll see in the pictures here, the Assault AR certainly does not suffer that issue. 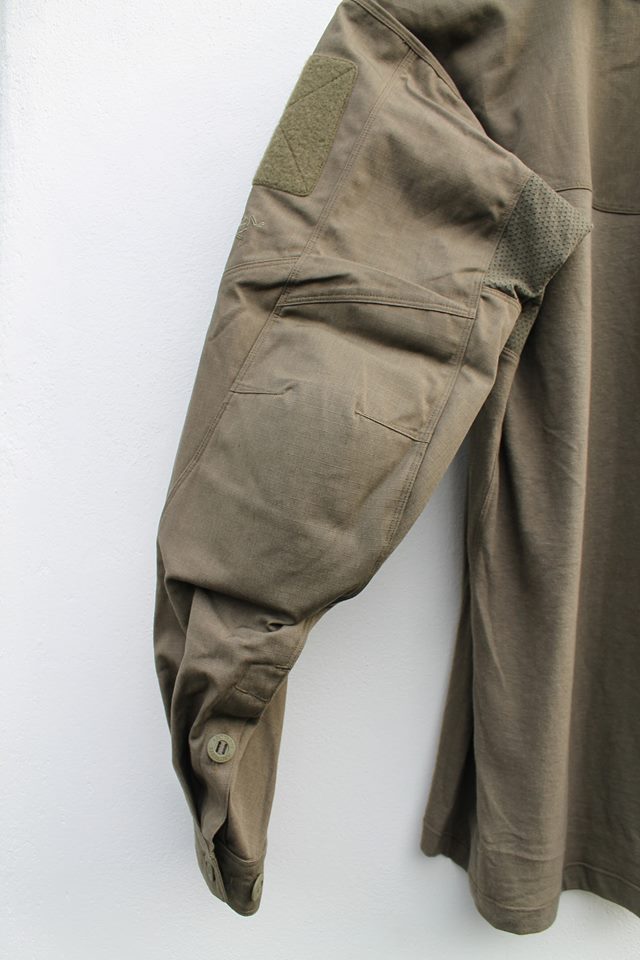 I find the collar arrangement with the single button and velcro to be less practical than the commonly seen zip, it also seems to be cut rather narrow as it’s a tad tighter around my neck than I’d ideally like even though the medium shirt fits well otherwise. I never had an issue of a friction point from the zip on the issued UBACS when worn under Osprey, however the Mk4 is very thickly padded inside and I’ve only ever worn mine for about 3-4 hours at most in one sitting. There are lots of other PCs out there with minimal to zero padding between the hard plate and the wearer’s chest, so eliminating the zip can certainly be a positive in some situations.

Pricing is a bit more than the Crye option even with CPs price hike recently, however the very frequent sales on LEAF gear at Tactical Distributors (and other stores) does bring the price at retail much closer to level and when you take in to account the positive aspects of the Assault AR, that makes it the all around superior choice to my mind. A much clearer cut winner for Arc compared to the swing-and-a-miss that is the Recce AR.

Update May 19 – In use I found this shirt far less impressive than I originally thought I would when looking at it on paper.  If you like the styling or need no-melt no-drip then go with the G3, for the recreational user check out the UF-Pro combat shirt.