It’s a shoulder thing, that goes up?

Just kidding it’s a B5 Systems SOPMOD stock (and what I did with 2 of them). 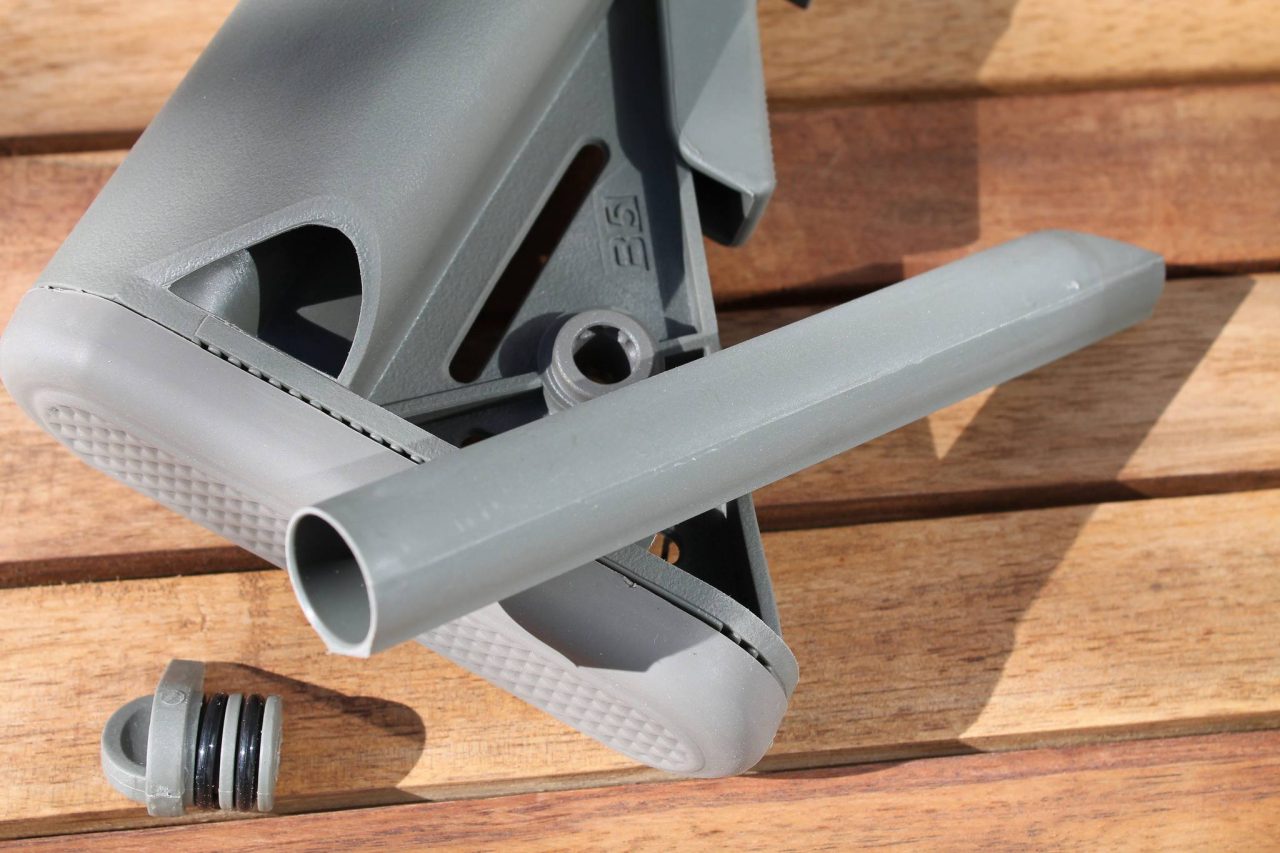 Generally speaking – it’s an AR stock, I’ve tried out a lot and I’ve never found one that does anything different in terms of the interface between my shoulder and gun. This style of stock is old as the hills at this point and everyone’s familiar with the shape, it’s been cloned endlessly from the original Crane design. The B5 is well proven and the construction is sound, there’s a fair few flash lines from the moulding, but as you expect the rigidity and general robust design is evident; yet surprisingly not very heavy at all compared to a hulking beast like the Magpul ACS which I think is a pretty ridiculous stock by modern standards.

The SOPMOD features a soft rubber butt pad which can be easily removed to access the back of your buffer tube, should you need that for some reason. Each of the battery storage tubes has a double o-ring and should keep out water pretty well, as long as you’re not diving to deep for too long. Though I can’t claim to have tested this. There’s also a rotation limited QD sling point between the 2 old school sling slots, though personally I don’t like putting the weapons weight on a stock, even one this well made. Especially if you happen to have said stock extended all the way out, lot of leverage going on there.

The position adjustment level works in exactly the way you’d expect, no surprises there. Thick, solid metal pin to interface with the buffer tube. Overall, if you really like the sloped cheek weld or want storage in your stock for slim/cylindrical things and you want that stuff in a quality package, you can’t go wrong. 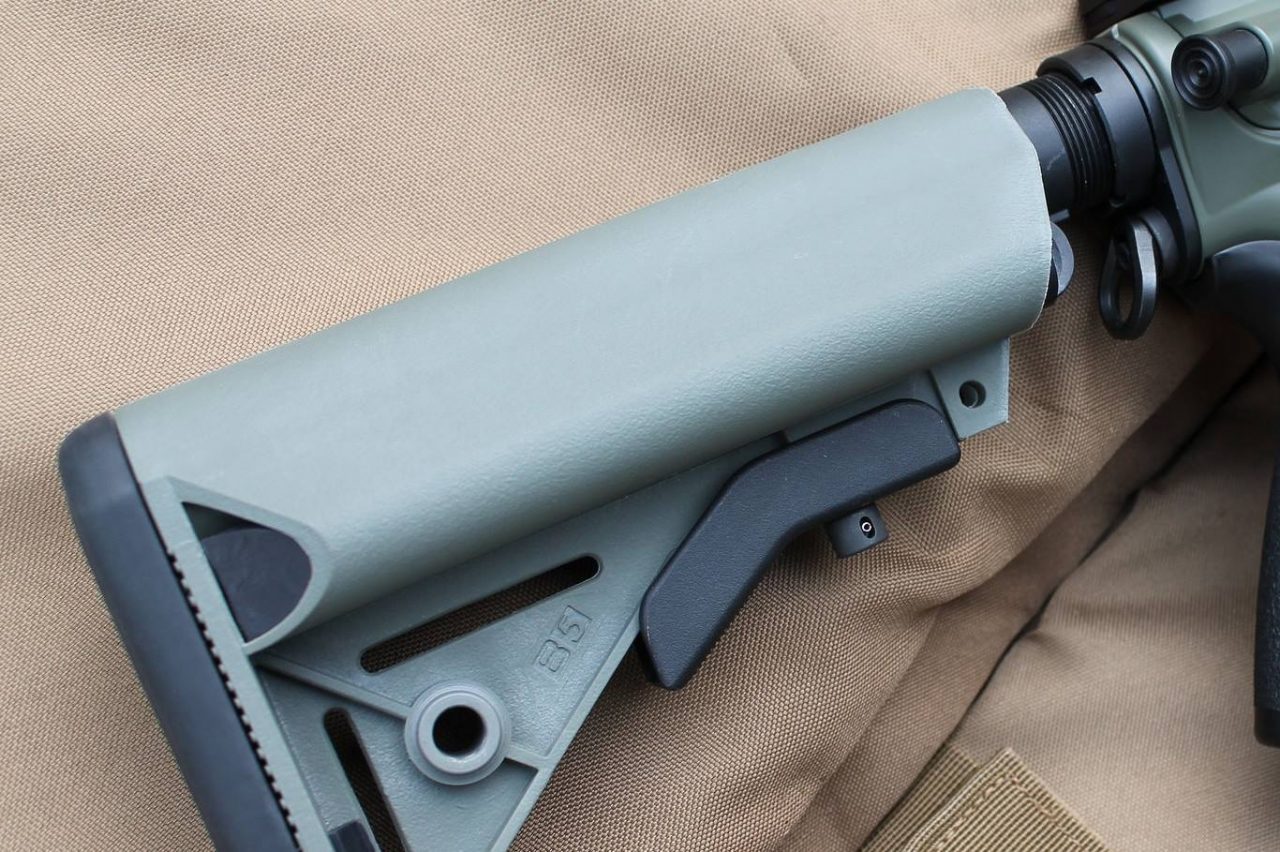