While at Aimpoint, Inc. I decided to take a look at both their hottest new jam as well as the oldest model that they still have in production today, represented by ACRO and the 9000 respectively.

Some extremely early electronic red dot sights weren’t actually tubes you could see through, they were solid based cylinders that projected a red dot inside and you had to keep both eyes open to use the bindon concept and project the reticule in to your vision using the brains’ combined input from both eyeballs. 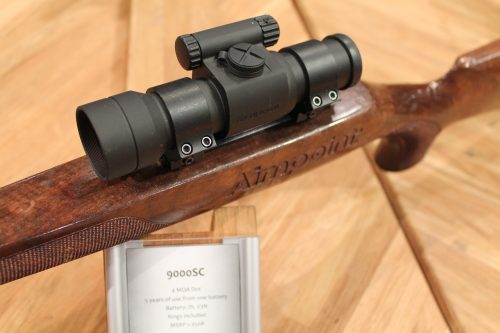 Fortunately Aimpoint moved away from that a long time ago. If you check out the discontinued section on their site you can see that the tubes have gotten a lot shorter over the years, widening field of view and decreasing weights.  The 9000 is one of the last of the longer tube models still being made. The flagship product today being the Comp M5S that clocks in at over $1k, whereas the 9000 is around half that price. 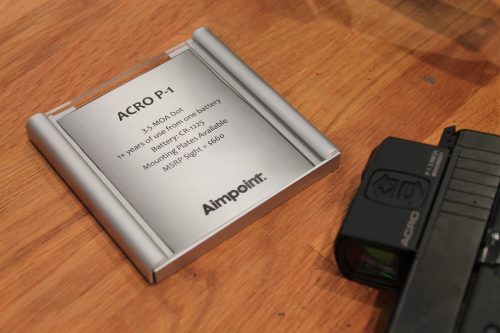 Other people who do a lot of shooting with red dots will have covered the ACRO better than I can, but it’s a product that’s caught attention for good reason. The problem with the likes of the RMR is that when mounted on a pistol in your holster they are basically a bucket for moon dust and bits of foliage and dirt, the ACRO is flat at both ends and hence eliminates that issue. It weighs around a third as much as a Micro, with the rugged build needed for direct mounting on a pistol slide. The rectangular(ish) window also makes for a nice wide view compared to all the circular optics.