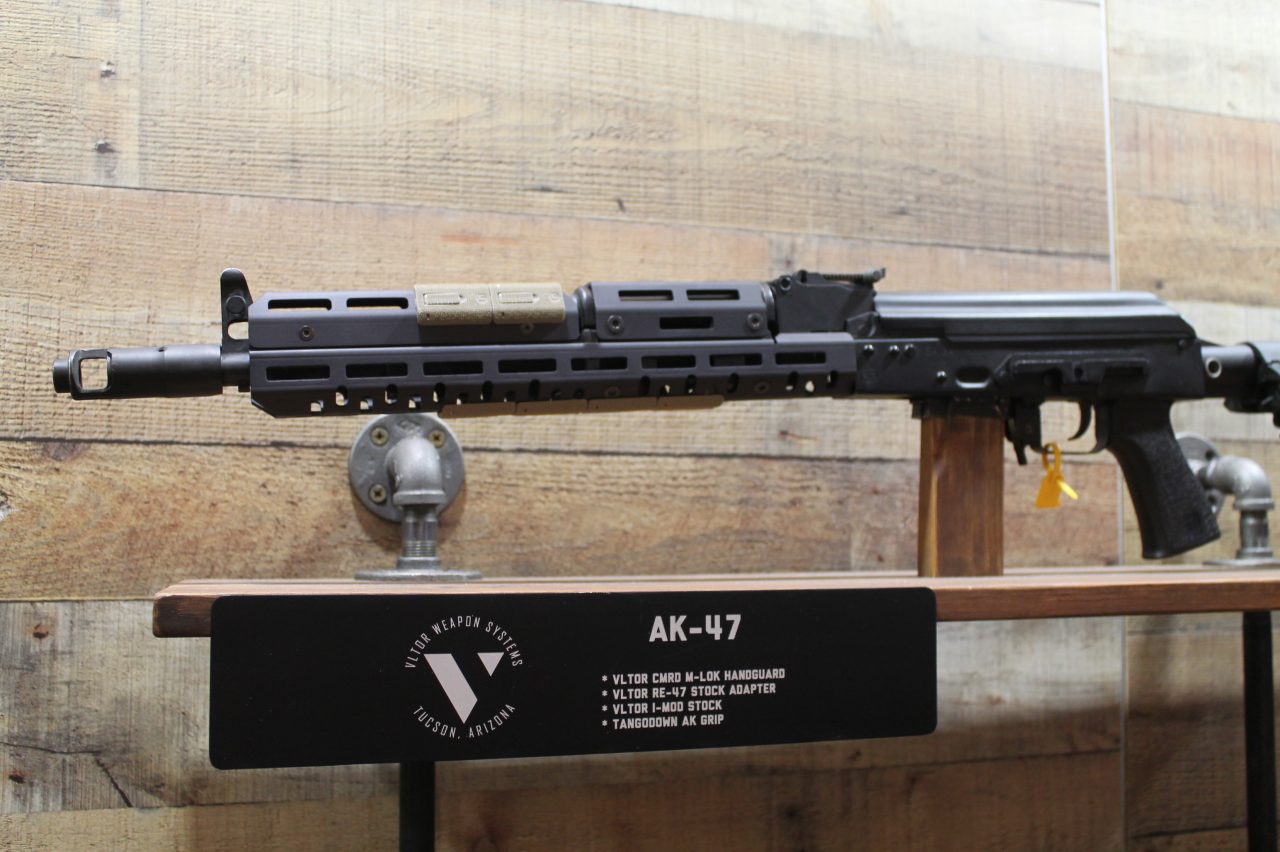 If you’re in to tuning your AR then VLTOR​ weapon systems were showing off a buffer unit with easy weight customisation you might want to look more closely at this year. I didn’t take pictures since it’s not exactly aesthetically pleasing but be sure to check out the InRange TV​ channel for a video.

As far as accessories go there were a couple of handguard related things on display. There was an M-LOK system for AKs with standard full length gas systems which looked good, but nothing exactly ground breaking per se. 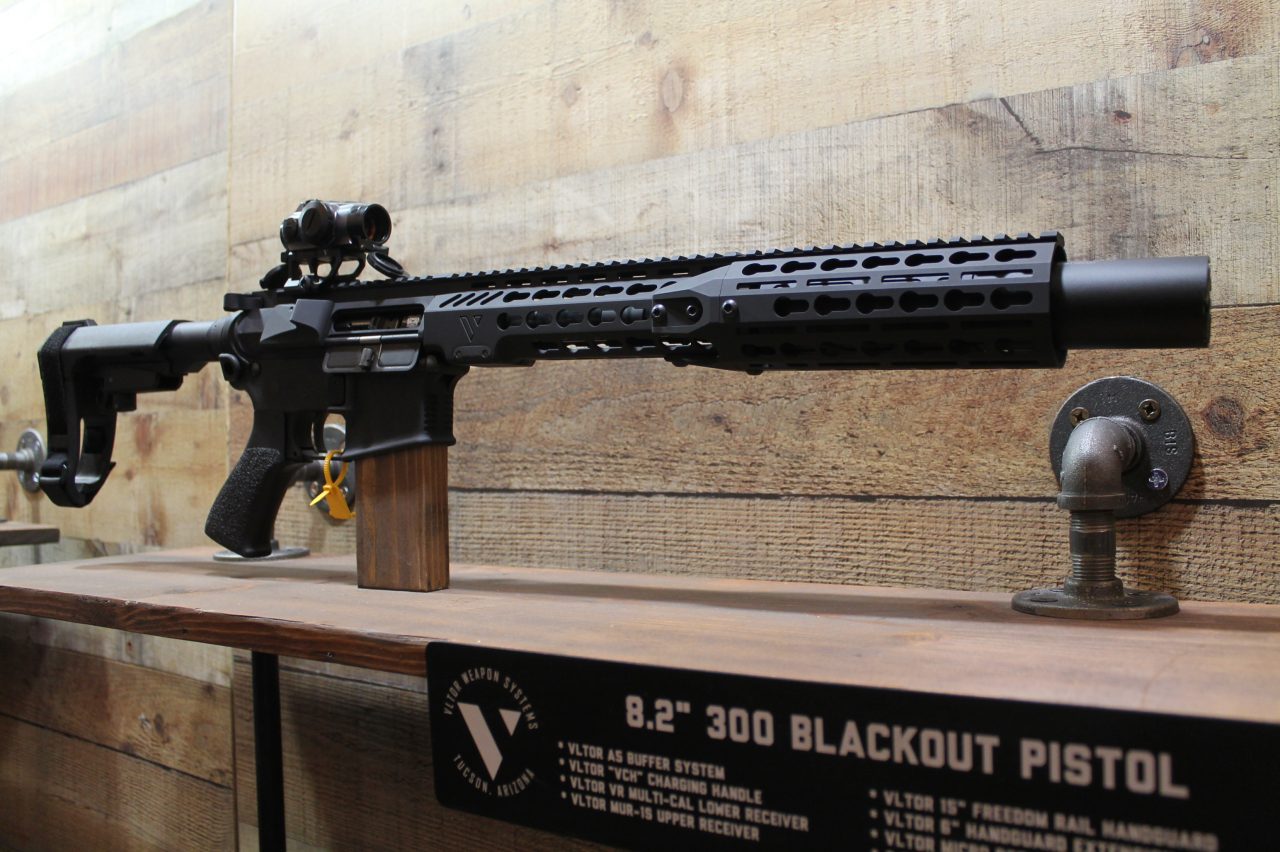 The KeyMod Freedom Rail seen on the AR is something that’s already available, it’s inexpensive, made of 6061-T6 and features anti-rotation tabs with no requirement to time the barrel nut, so that adds up to a pretty appealing handguard overall. The new product is the extension, which is in a way just a KeyMod accessory that mounts the same way any other accessory would. It extends the handguard with a wider section that will accommodate anything but the largest diameter silencers. I couldn’t see any sort of heat insulator inside the extension, so I’m unsure if maybe the display model was just a prototype as everything I’ve ever seen from shooting suppressed guns would indicate that plain aluminium around a can would not be safe to hold after more than a few rounds worth of shooting. Time will tell.