So, this is the Arc’teryx LEAF Recce Shirt AR, in MultiCam. Now obviously you can see the pattern and I don’t actually need to tell you that information, yet in the case of the current LEAF offerings you’ll find yourself paying a not-inconsiderable amount more money to get the camouflage item versus the solid colours, so the specific variant is more relevant than it would be usually.

If you’ve not looked up this shirt online, I’ll just get the shocker out of the way now, because the standard retail price… is $350. Must be a fancy FR fabric right? Top end softshell? Must be? Nope. NYCO. Three hundred and fifty dollarinos for a field cut shirt (to use CP’s parlance) made primarily of basically the same fabric archetype that can be found in some US surplus uniforms shirts that sell for ~$15 in various places. 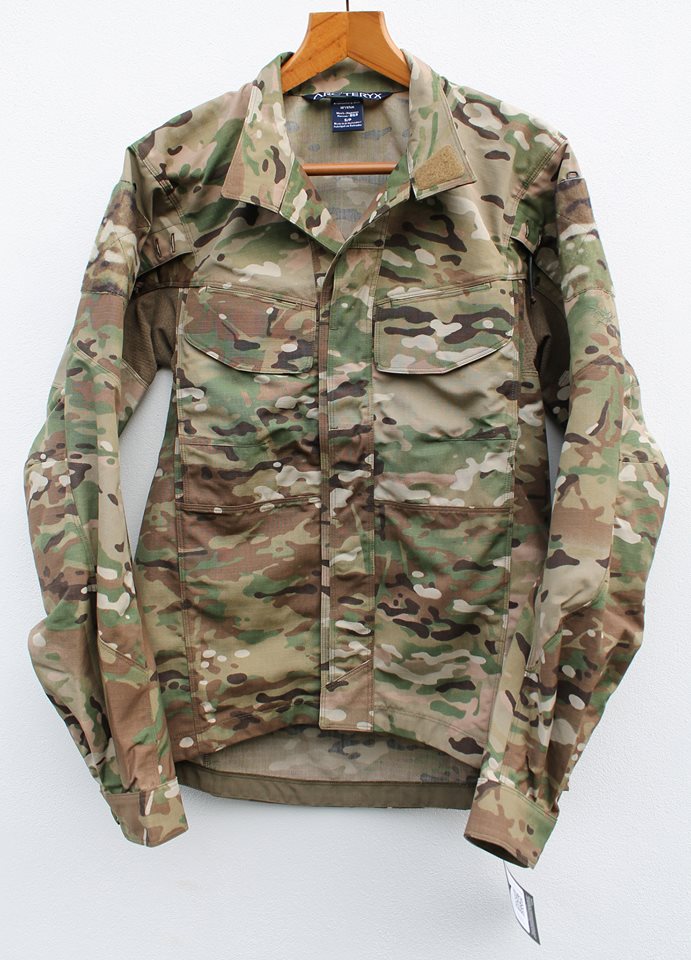 Would you ever pay full price? Of course not you wait for the inevitable Arc’teryx sale that comes around every few months like clockwork at every store that stocks Arc’teryx. Then, as I did, you do your best to play the system and integrate your work discount and/or other coupon codes in there on top of the sale that’s already going on. The other issue with acquisition is that production quantities and the amount of examples in circulation are so low compared to, say, Crye stuff in multicam, you’re just not at all likely to find those sweet 2nd hand deals as you will with more prevalent kit (let alone in your size/good nick).

I picked up this example from Tactical Distributors, who as I’ve posted about in the past, have genuinely legendary levels of customer service. They also bring in all the latest LEAF gear and do have sales with a high frequency which you should keep an eye out for. TacticalGear.com do stock the Recce as well and when it’s on sale the MC version comes down in line with what you’ll pay for a pair of G3 combat trousers from Crye – bargain… ?

I’ll say now that I’m not even going to attempt to go in to all the details in this post. To fully review this shirt would be an incredibly long blog post with many dozens of pictures. You can’t go spending that much money without seriously delving in to the how and why Arc’teryx have managed to reach this price point on such a garment. I actually really struggled to start writing this post at all because this shirt is such an incredible anomaly, even within the upper echelons of the market and it was hard to decide where to even begin the discussion.

What I do find interesting is that the Recce AR costs more than the Assault AR, which is the equivalent NYCO shirt in the combat cut. When you look at it, it does make absolute sense because there has been far, far more sew time put in to the Recce with the chest pockets, covered buttons down the front and highly sculpted patterning throughout the chest/abdomen. A far more complicated construction overall compared to the wicking torso area on a combat shirt. But as far as the pricing goes it’s not what we’ve all become accustomed to in the commercial market place, because usually the combat shirt from any given company is the more expensive product when put next to X company’s field shirt.

For myself I will say that this shirt does tick the box of being the objective best option for the given style/pattern, purely because I deliberately exclude cost considerations in my deciding what is best for my own collection. The reason I reviewed the SKD Tac enhanced BDU shirt so favourably a little while ago is that that item specifically becomes the best multicam field pattern shirt I’ve ever seen as soon as you factor in the ratios of cost to quality. The Recce on the other hand is truly a perfect example of the uppermost end of the chart when you’re talking about the principle of diminishing returns for ever increasing costs. The manufacturing skill and time that has been put in here is substantial (to massively under-exaggerate), yet I cannot imagine the gains in usage versus a G3 Field shirt or the SKD being anywhere remotely close to proportional to the price increase. When you get down to brass tacks – it just doesn’t really make sense. 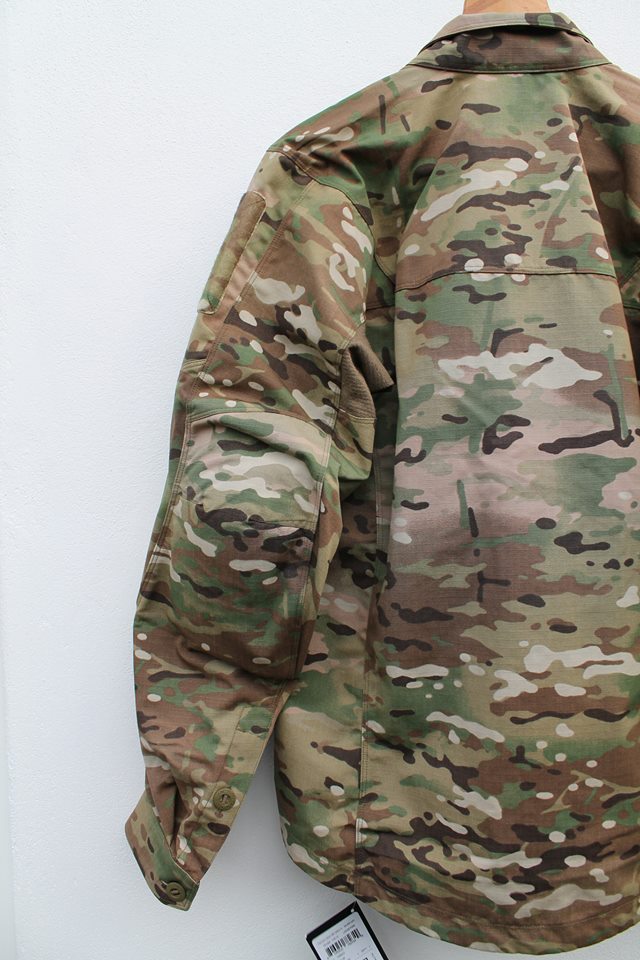 Bearing in mind there are a lot of people who slam Arc any time it’s mentioned on popular outlets like Soldier Systems and usually I disagree with their conclusions on the pricing being excessive, because the inclement weather items (Gore-tex, insulation, softshell etc) are absolute world leaders in materials and quality of construction. You also *always* make sure to wait for a sale. As an example; my non-LEAF Atom LT hoody gets worn almost daily from roughly October to March and that has been the case for over 4 years now. I bought it for $160 on sale from SKD in 2014 and I’m not joking at all when I say it still looks brand new. I’m not putting it through harsh outdoor use I’ll say that, it’s an everyday on base/informal socialising/gym time jacket, but it’s still done an amazing job for me in hundreds of hours worth of wear and continues to look pristine. If I continued to reserve it for ‘gentle’ use and perhaps took advantage of Arc’teryx’s globally legendary warranty service at some point in many years, it’s the sort of garment that might well out last me.

So while the Recce is quite outstandingly impressive in a myriad of ways that I’ve not even mentioned yet and I do like owning it, that sentiment is coming from the mindset of being an avid collector of such uniform pieces. Plus of course being in a place where I’ve tried all the more economical options over a decade+ and sold them on to be replaced with gradually better and better alternatives. I’d certainly not dive right in to the Lamborghini option when my speed limit is 70 and a basic diesel VW Golf will fulfill the exact same transport functionality in the real world.

If I get sufficient time wearing the shirt I may go in to the details on a video at some point, but that would, again, have to be an extremely long video to have even a sliver of hope of just maybe covering the reasons why this shirt costs as much as it costs.